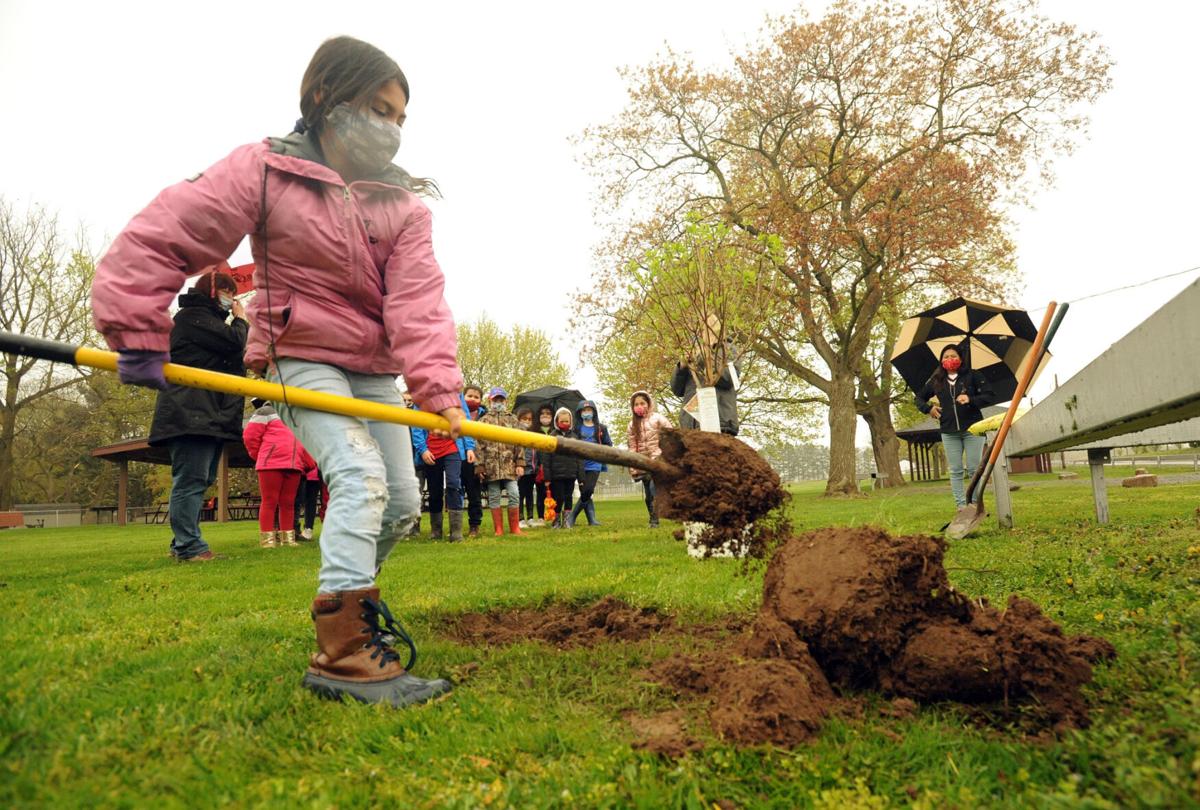 Elba third-grader Melissa Garcia-Vasquez helps dig a hole for a tree at Veterans Memorial Park in Elba. Her letter helped inspire the tree planting and cleanup. 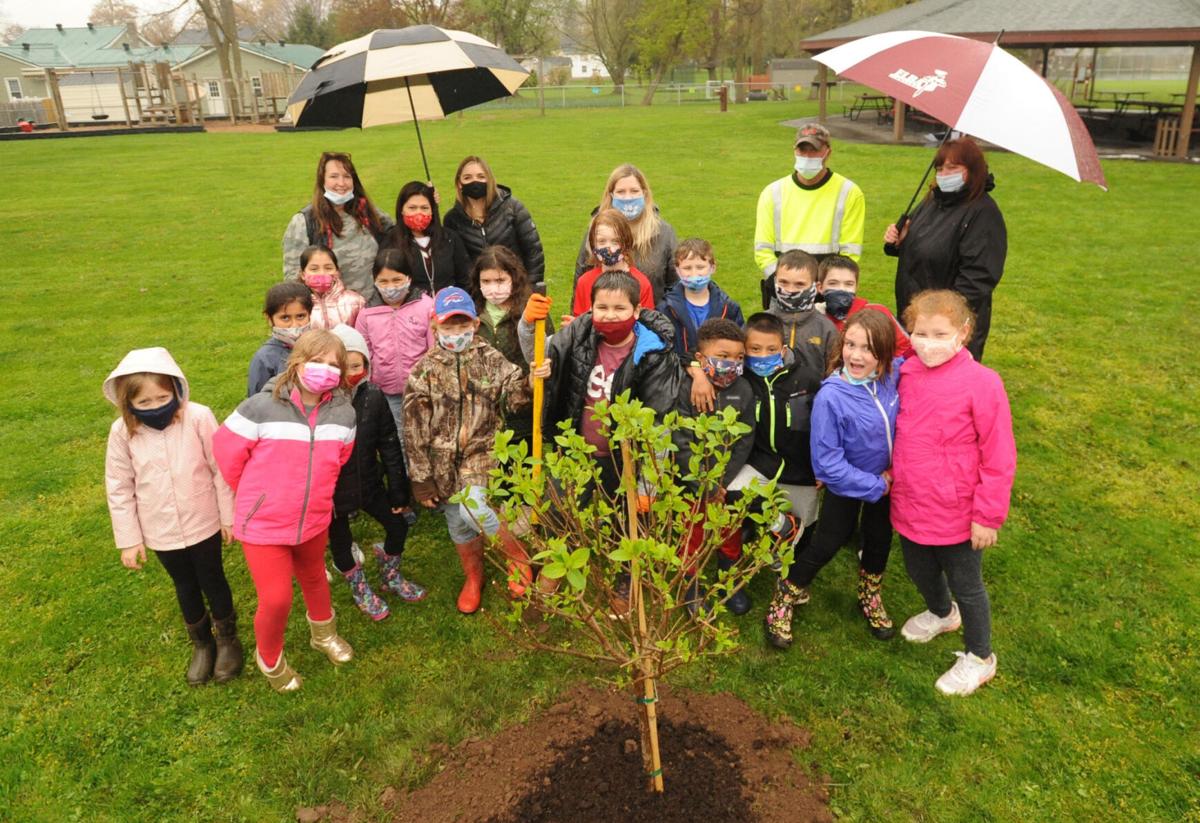 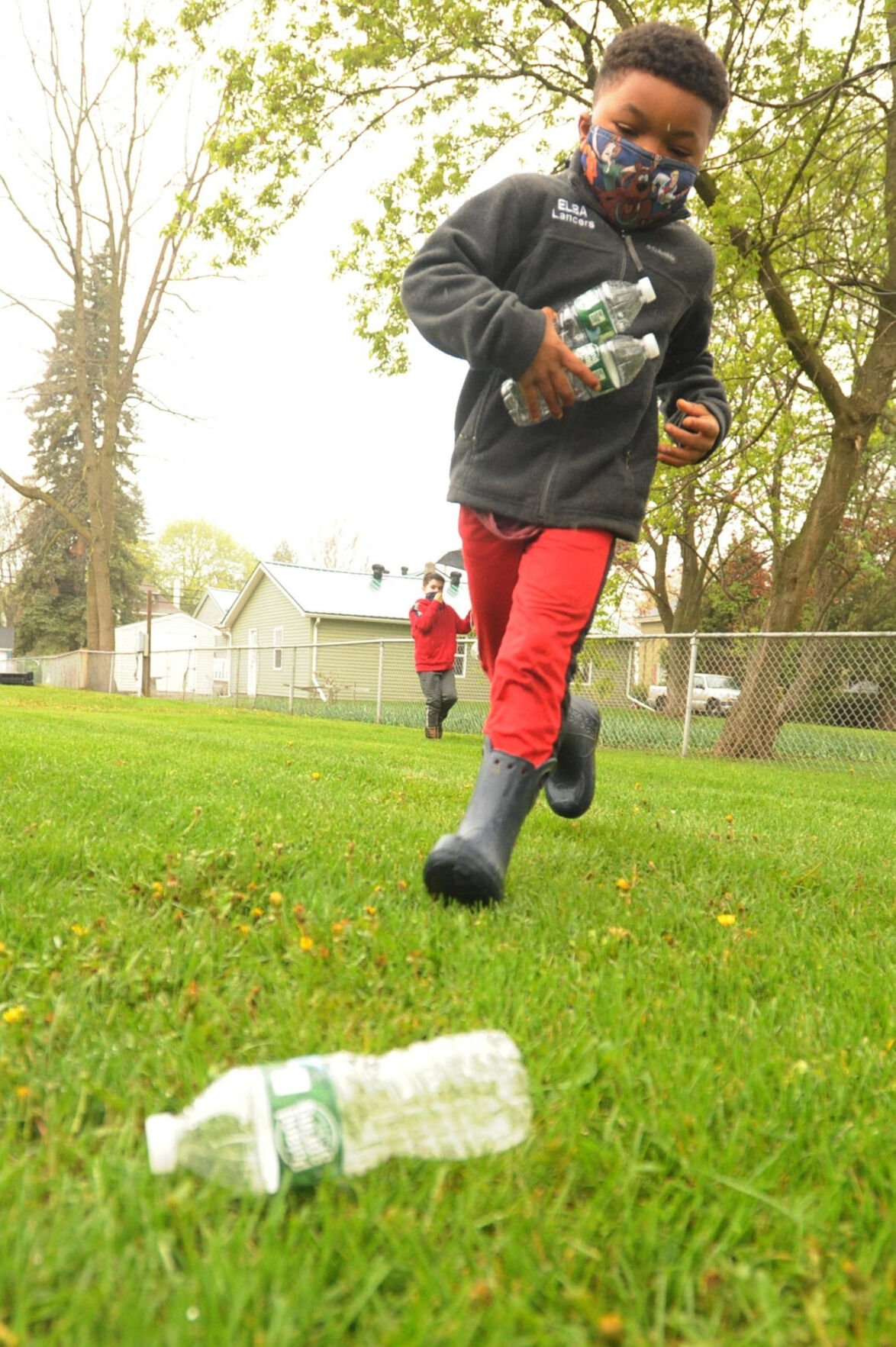 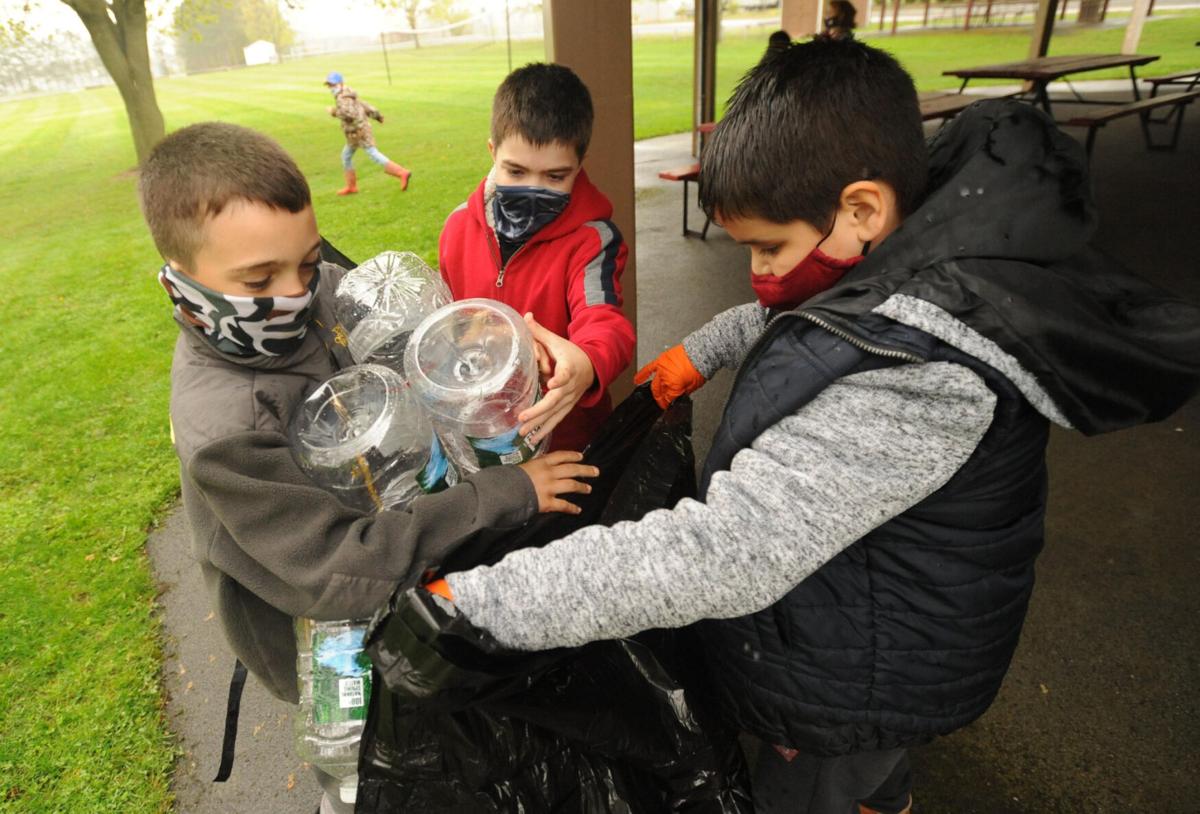 Elba third-grader Melissa Garcia-Vasquez helps dig a hole for a tree at Veterans Memorial Park in Elba. Her letter helped inspire the tree planting and cleanup.

ELBA — Melissa Garcia-Vasquez has lived next to Veterans Memorial Park for about three years.

She often walks to the park to play and sometimes doesn’t like what she sees.

“I come here all the time and I see a lot of litter,” said Melissa, 9. “I thought it would be a good idea to do something to clean it up.”

Melissa, a daughter of Aroldo Garcia-Perez and Eralda Vasquez-Diaz, is a student in Samantha Berl’s third-grade class at Elba Elementary School.

The class was doing an Earth Day project and it was then that Melissa came up with an idea.

“My whole class was writing something and during writing I thought about why not write about littering and helping the environment,” she said. “And I sent it and a few days happened and we got an email and it said we could come pick up garbage here on Earth Day, but it got cancelled so we did it today.”

The letter was sent to Elba Town Hall, where it was read by Town Clerk Trisha Worth.

She showed the letter to Village Clerk Jerah Augello and an idea was born.

“This inspired the village and town to get together with her class on Earth Day and have a special event,” Augello said. “It’s inspiring to see such an interest in the environment from such a young child.”

The event had been planned for last week, but the weather forced a cancellation until Thursday.

While the weather was just as bad as it was last week, Berl and ENL teacher Nicolette Gaeta walked the students from the school and gathered under the gazebo and spent some time picking up trash around the park.

Then, it was Melissa’s turn to be in the spotlight.

Grabbing a shovel, she scooped out a chunk of soil. She was followed by her classmates and soon a hole was dug and a young hydrangea tree was planted.

Augello and Werth said they plan on making this an annual event for third-grade classes.

Melissa was pleased with the idea and had some advice for those who litter.

“We found bottles, ripped bottles, paper and really crushed paper. That’s what we found,” she said. “I would tell them that they could be a little more careful with littering, to help the environment.”

Letter: Student encourages others to pitch in and clean up community

People around the world should stop litering. Because if people do not stop the Earth will n…