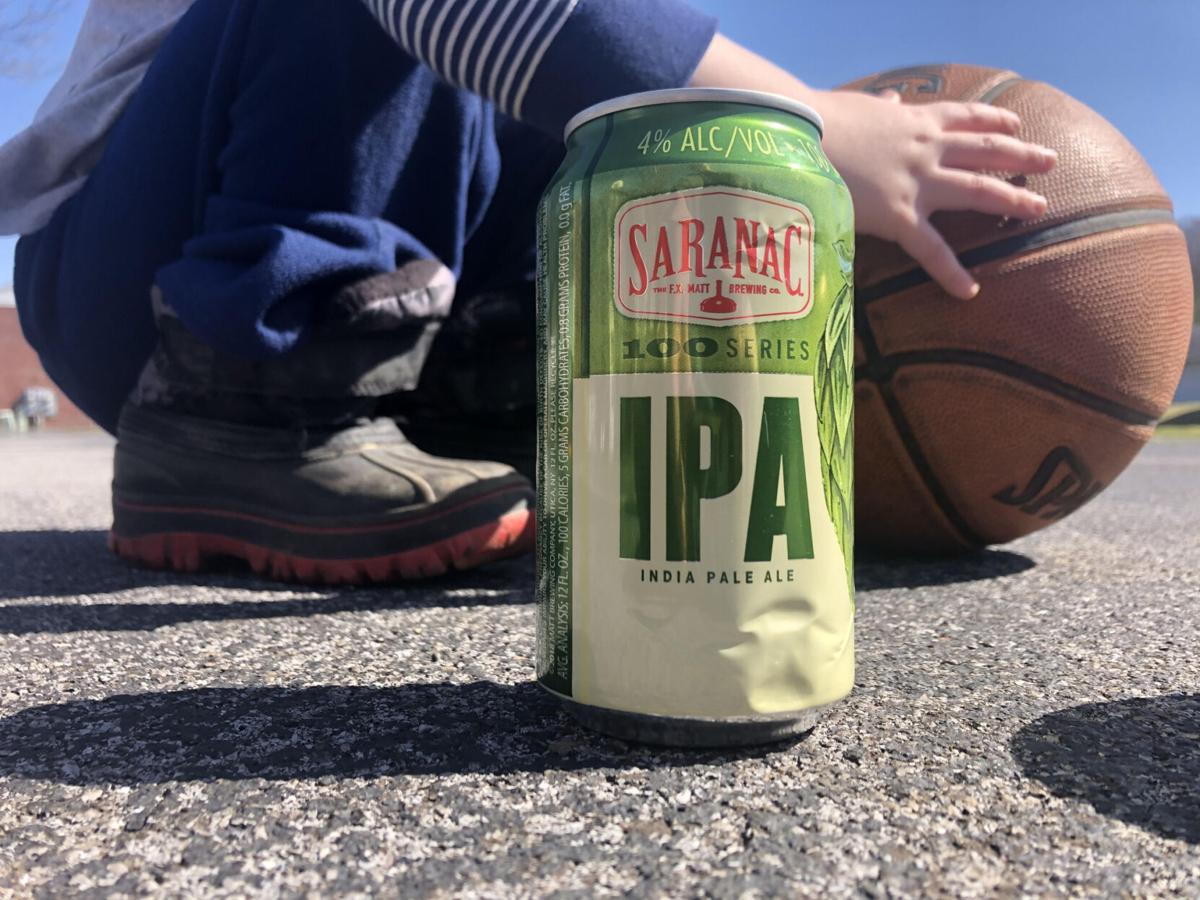 Saranac’s IPA 100 is light enough to leave your jump shot unaffected. (But it’s not going to improve it, either.) Dennis O’Brien/Watertown Daily Times 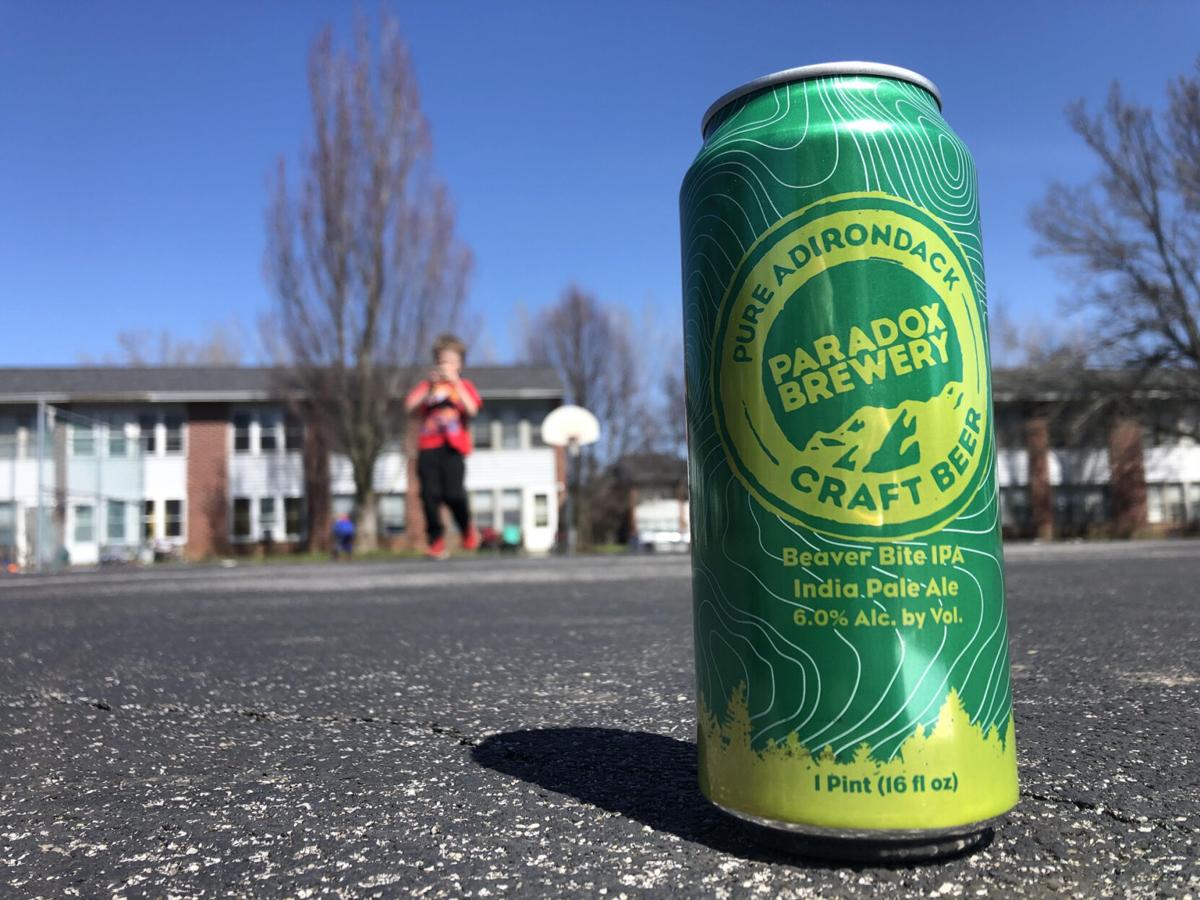 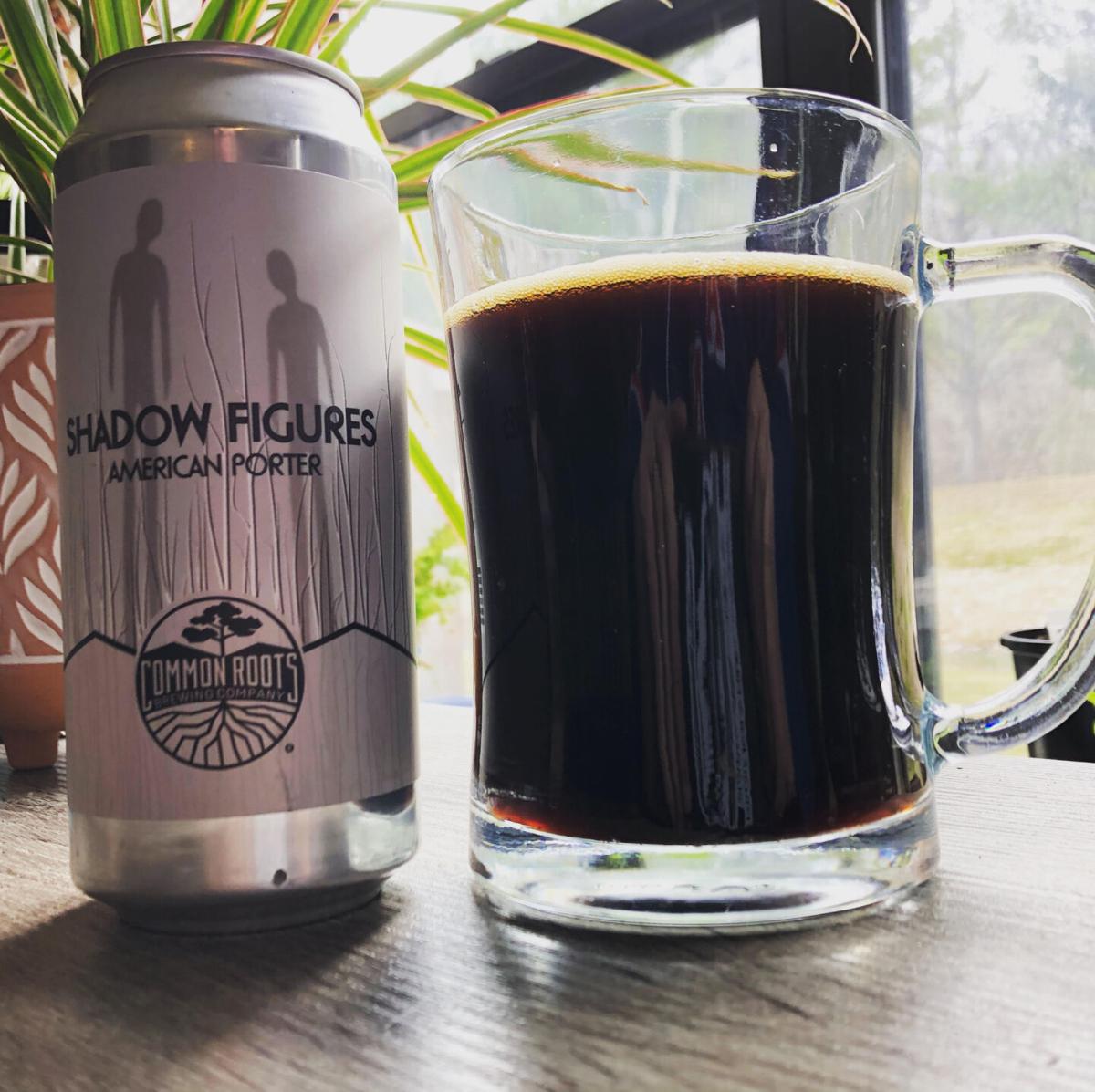 Who said everything in spring needs to be light? Common Roots’ Shadow Figures is a rich, roasty brew that will help you get through some of those days when winter is still clinging to the calendar. Dennis O’Brien/Watertown Daily Times

Saranac’s IPA 100 is light enough to leave your jump shot unaffected. (But it’s not going to improve it, either.) Dennis O’Brien/Watertown Daily Times

Who said everything in spring needs to be light? Common Roots’ Shadow Figures is a rich, roasty brew that will help you get through some of those days when winter is still clinging to the calendar. Dennis O’Brien/Watertown Daily Times

April 7, was National Beer Day, and you couldn’t pick a better day, or a better week for it. Baseball season is finally here, the sun is shining just about every day, and the mountains of snow that have been piled up on street corners and have grayed like my beard since the last snow fall ... yeah, those are gone.

It was also a week off from school for kids in the Watertown City School District, meaning no Zoom classes for my oldest son, John, the first-grader, and no pre-K for my youngest son, Ben. That meant Christina and I needed to find ways to keep them busy and entertained throughout the day, while also maintaining her focus on work and my sanity before work.

So there were trips to Zoo New York at Thompson Park (John loved the river otters and ben loved the grey wolves), scavenger hunts around our apartment complex and trips to the playground so John could ride his bike and Ben could run around doing whatever weird stuff Ben does when he has space to run loose.

All of this can lead to a few sore feet, sore elbows from putting up too many jump shots working on my terrible form and a general sense of 41-year-old fatigue. But while evaluating 10 pictures of the same stray, sun-bleached basketball and drawing sidewalk chalk monsters on the driveway, I found time to enjoy a baseball game or three on the radio and a cool beer or three in the sunshine.

And it’s fitting that National Beer Day is meant to mark FDR’s signing of the Cullen-Harrison Act, the 21st Amendment precursor that legalized the sale of low ABV beer. While I don’t necessarily want my beer to tick down below 3.2% like it’s 1933, there’s something about warmer weather and endless sunshine that calls for shifting focus away from the burly stouts of winter to lighter, brighter day-drinking fare.

And from the park to the playground to my front yard, here’s a mixed 6-pack of brews that helped me ease that elbow pain and tame my grumpy old man takes on baseball’s new extra inning rules — righteous as those takes may be.

1. Beaver Bite IPA (Paradox Brewery, North Hudson) — Burlier than some of the beers to follow at 6.5% and 68 IBU, but just what you want to reach for on what passes for a spring day in the north country at 50 degrees. A hazy, copper NEIPA, Beaver Bite flashes plenty of hops but balances with a nice, sweet malt to make it easy drinking that sticks to your ribs a little bit before spring really gets here.

2. Czech Style Pilsner (Raquette River Brewing, Tupper Lake) — This thing hits like a breath of fresh air after a winter spent curling up around a space heater with the heavy stuff. At 5% and only 23 IBU. Light, a little sweet, it’s about as perfect a beer as I can think of to pair with a lawn chair and a book while soaking in some UV in your yard.

3. IPA 100 (Saranac, Utica) — Another one of those things you’re trying to get rid of, after all that snow that’s finally melted, is whatever extra weight a north country winter might have added to your frame in this abysmal COVID winter. Just 4% and just, as the name suggests, 100 calories. I’ve written before about this trend toward lo-cal IPAs. From Goose Island’s So-Lo to Dogfish Head’s terrific Slightly Mighty, warmer weather is going to call for a little celebration, and this is a pretty good low-calorie option for those of us resisting the whole seltzer trend.

4. Ayinger Oktober Fest-Märzen (Ayinger Privatbrauerei, Aying, Germany) — I had to throw a taste of Germany in there. Some of my favorite flavors of spring are born in one of beer’s epicenters. But rather than go for a refreshing Kolsch, I’ll stick with something a little meatier with this Märzen. Malty and rich, but still refreshing. Every team, even the sell everything that isn’t nailed down Rockies, has a chance to dream of October during the first few weeks of the baseball season. Why not cue up the game with a rich Octoberfest brew?

5. Extra Mile (Southern Tier, Lakewood) — This “easy going IPA” is one of the better light beers I’ve tried this month. Clocking in at just 5% and just 20 IBU, this is day drinking at its finest.

6. Shadow Figures (Common Roots, South Glens Falls) — I’m going to cheat a little on the lighter brews theme here and finish this sixer with one of my new favorites. Don’t mind the weird Slender Man figures on the can, this American porter is a roasty, chocolatey brew that clocks in at just 5.5% despite a lot of rich flavor. Hey, it’s spring, but it won’t really feel like it for a few weeks yet this far north. Might as well hedge our bets a little with something dark.

Just in case winter isn’t quite done with us.