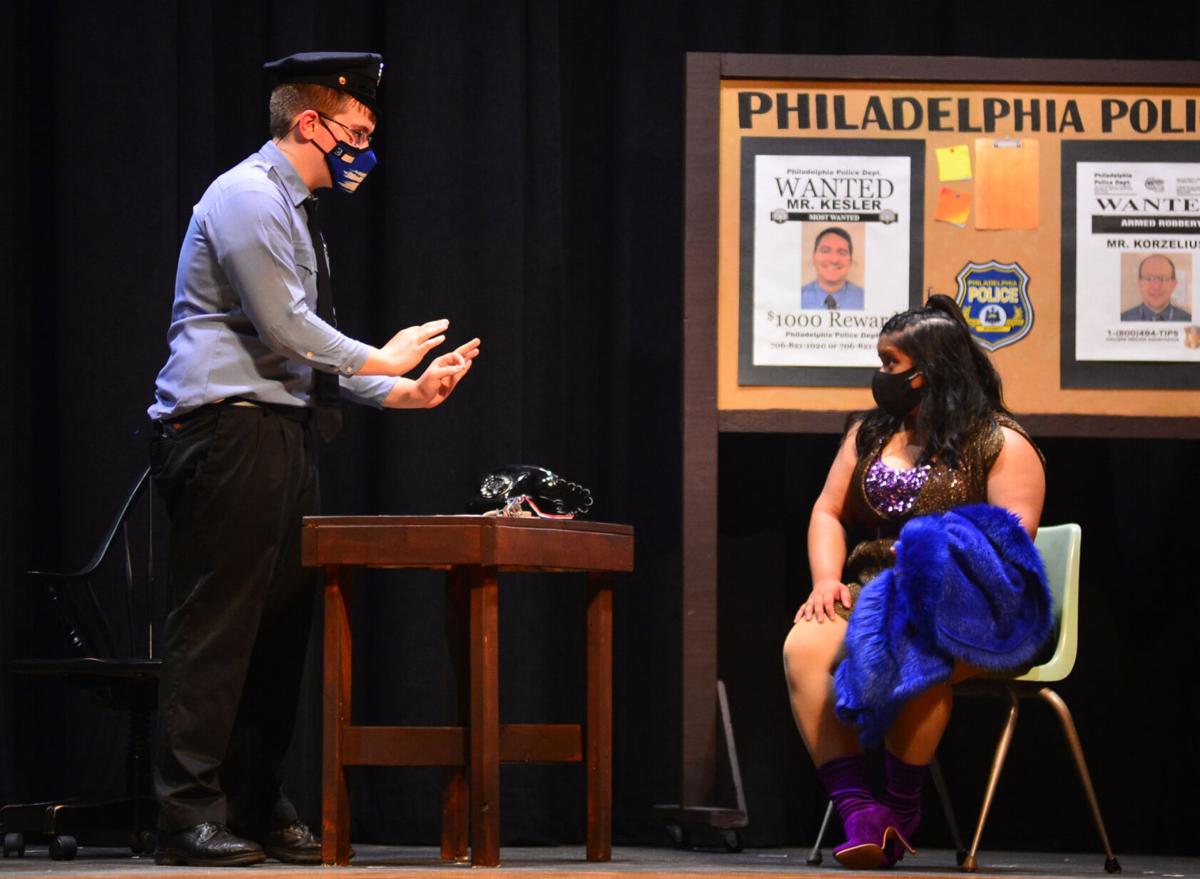 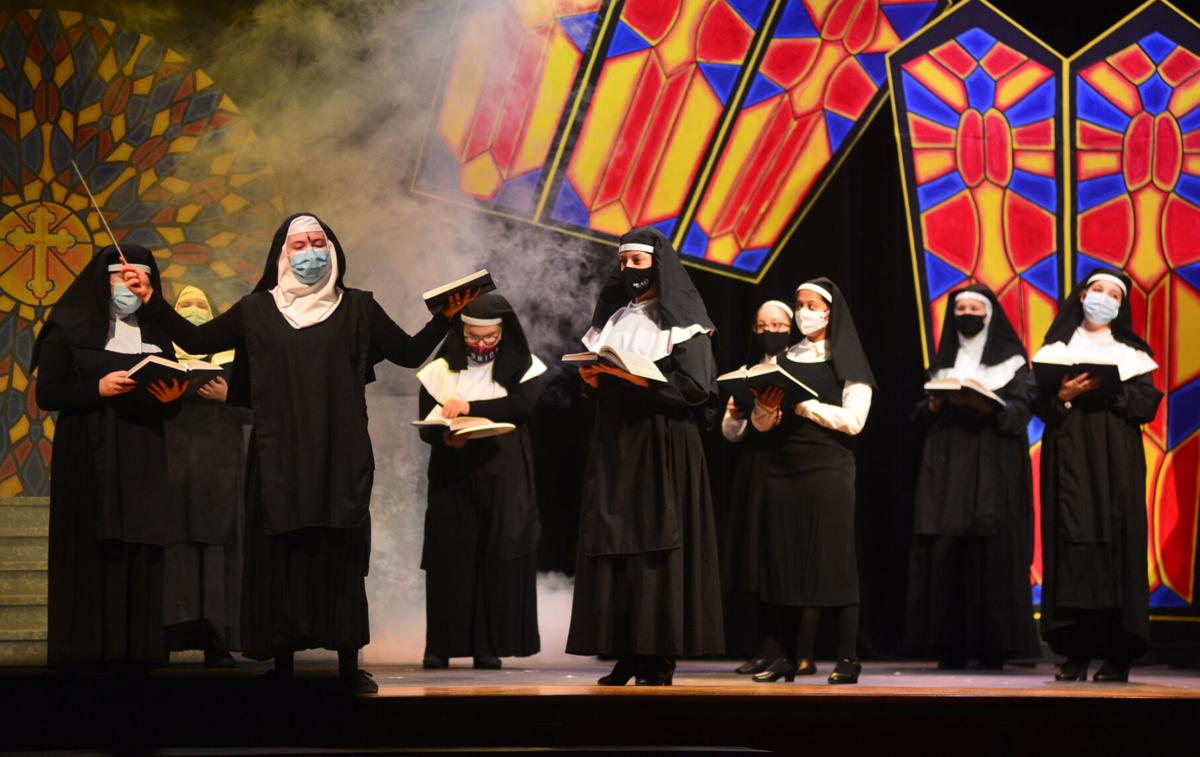 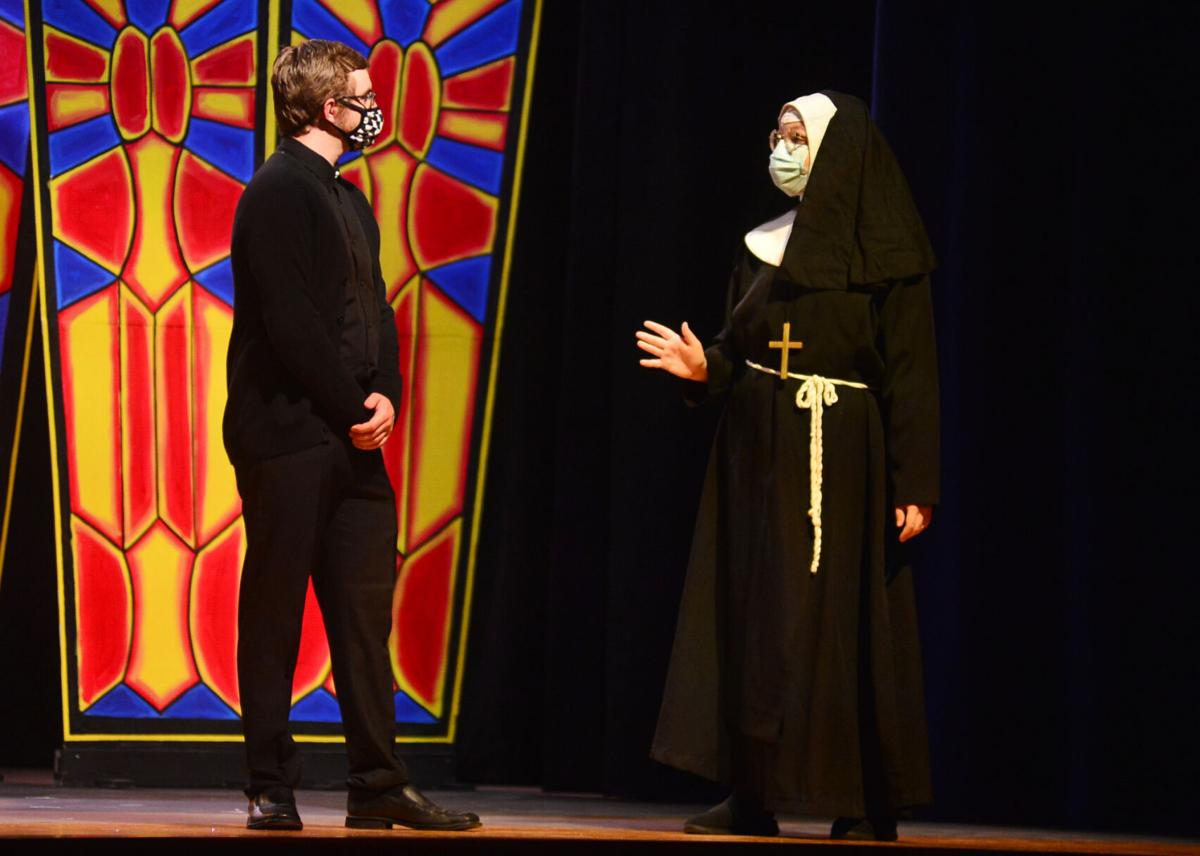 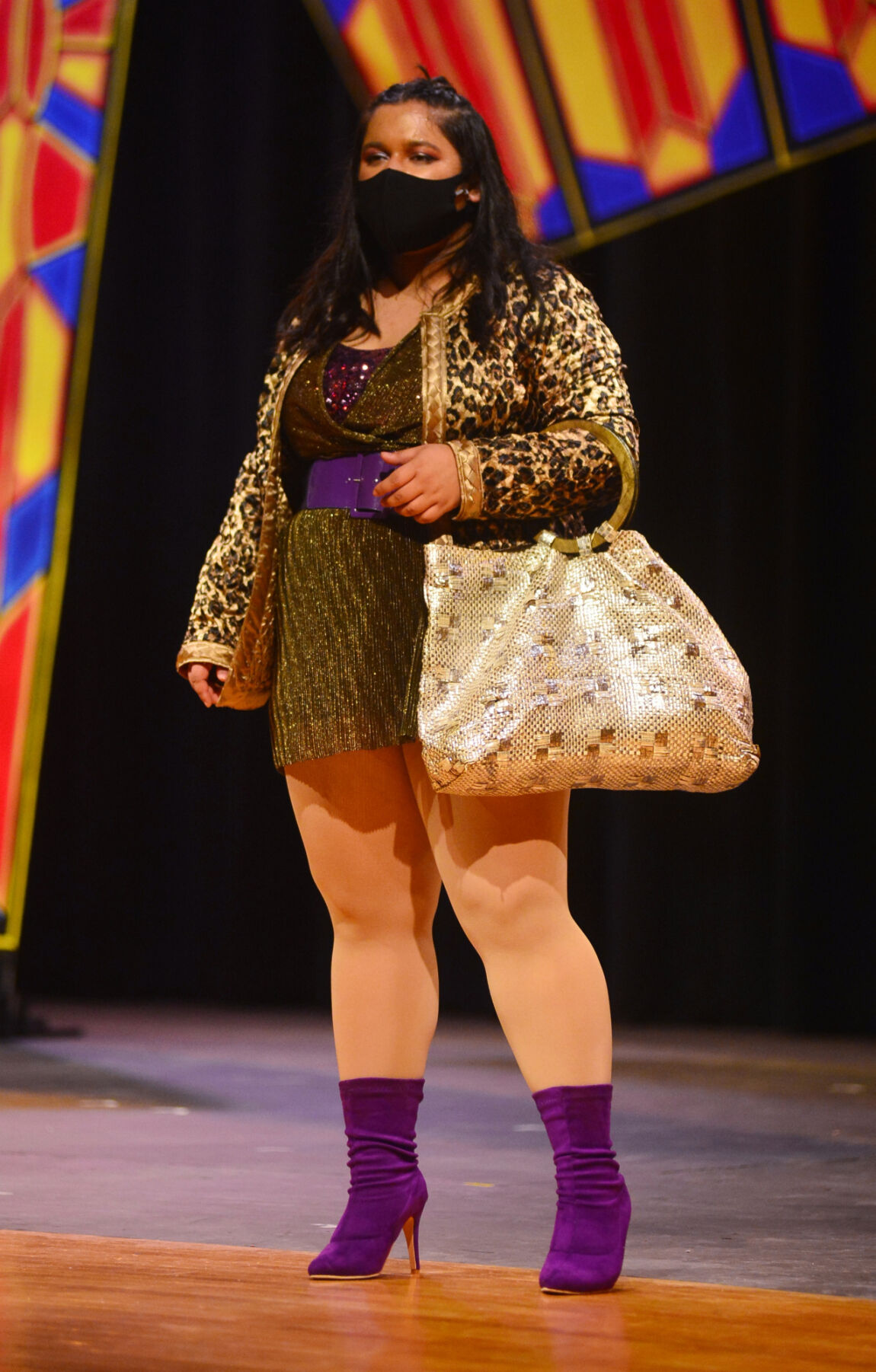 BATAVIA — The Batavia High School Production Club wanted to do a spring show last year, but due to COVID-19, there was nun ... er, none.

Instead, the musical the club would have performed, “Sister Act,” is set for a virtual show this year. Rehearsals are done and the video of the show will be filmed Saturday. It will be shown through Video on Demand at April 24 and 25. Tickets may be bought online at https://www.showtix4u.com/event-details/48288.

“We had planned on doing ‘Sister Act’ last year before the pandemic happened. Then the pandemic, and everything shut down,” said Caryn Leigh Wood, Batavia High School musical and drama director. “We weren’t really sure how it was all going to happen this year, but because we had already started the licensing and the contracts to produce ‘Sister Act,’ once we got the clear to actually do a show this year, we made the decision that we wanted to move forward with our original plan to do that show.”

Wood said the cast was eager to perform the musical.

“Almost all of the kids have said to me, and said to me back then, when we were getting ready to plan this event again, that they were just glad to have something,” she said. “They were just excited that they were going to be able to do something. The uncertainty ... that our seniors were potentially not going to have their senior show and things like that — the excitement was more centered around just being able to do a show at all, even in this current climate.”

Paul Daniszewski, who will play Officer Eddie Souther, said over quarantine, he was thinking, “I need a show! I need to sing! The stage is calling to me!”

Daniszewski said he hadn’t heard of the musical “Sister Act” until the announcement that it would be the spring show.

“So then, I started doing research and I was like, ‘Oh, OK, this is a cool show,’” he said. “Then, we all got together over quarantine. We all got on Google Meet and we streamed a high school showing through YouTube, and we all just watched it from there.”

The rehearsal process has been interesting, Daniszewski said.

Watching a production on Google Meet helped him get to know the characters and know their personalities.

“Transitioning onto the stage, it’s a different beast, of course,” he said. “When I actually auditioned to play both Curtis and Eddie — I went on playing Eddie, of course — I went, ‘Eddie seems a lot like me. He acts confident. He’s kind of a dork, not exactly in the strongest social graces, but eventually, in the end, he comes out on top.”

Wood said no one in the cast has performed in “Sister Act” before. Ariana deSa e Frias plays one of the lead characters, Deloris. Frias played the female lead last year in “Shrek The Musical.” Laura Lepkowski plays Mother Superior, another lead. Wood said Lepkowski has played in a number of shows at Batavia.

“They’re both doing an excellent, amazing job. I think people will be blown away with their talent,” Wood said.

deSa e Frias said this was a nice opportunity for everyone to get familiar with the show.

“‘Sister Act’ is one of my favorite movies and I know a lot of people in the cast have also seen the movie,” she said. “The show is different from the movie. The characters are all the same, but the story is told slightly differently and in a slightly different time setting.

“It was a nice experience just to get everybody together virtually and just to see the differences and get to see what the show is like,” she said.

Lepkowski said she hasn’t seen the movie, but said her dad has talked about it.

“I just was kind of familiar with the concept and I was very excited to do the show,” she said. As for playing nuns, Lepkowski said she and deSa e Frias were both in “The Sound of Music” as sophomores.

“It’s very interesting to be back in the nun habit,” Lepkowski said.

She said she originally auditioned to play Sister Mary Robert. “I listened to her song, I saw her in the YouTube showing well all watched ... and I was in love with playing the character, but I kink of knew going in that I was probably going to get Mother Superior. I was really scared because it’s definitely a role that’s out of my comfort zone compared to things I’ve taken on in the past,” she said. “She’s a different character than I’m used to. Eventually I think it helped me broaden my horizons in a way, vocally and acting-wise. I have fallen in love with Mother Superior and all of her faults.”

“Stepping into a character like Deloris, who is such a loudmouth, but she’s so, ultimately, caring, it’s been such a great experience to be able to learn and grow with Deloris,” she said.

There have been challenges to rehearsing for a show amid the pandemic, deSa e Frias said.

“We rehearse from start to finish with masks on and we rehearse start to finish socially distanced, and that is something a lot of us are not used to,” she said. “I would say the community aspect and the family we’ve built is stronger now than it has ever been, despite us having to be physically further apart.”

Lepkowski said in years past, there’s been some tension within the cast.

“It’s just been a thing we’ve all kind of gotten used to. This year, I feel like with our current circumstances and what we’re going through to put this show together and really have an amazing show ...” she said. “I feel like it’s really strengthened our cast and strengthened all of our bonds in a way that probably wouldn’t have happened otherwise.”

“You have to become a lot stronger individually. I think as a cast, we’ve become such a family this year. It’s been such an incredible experience to be able to do something like this,” she said. “I think we’re all so grateful that we still got to have a show despite all the restrictions and all the odds being stacked against us.”

What will the remote viewers see on April 24 and 25?

“It’s a full, staged musical with all the characters and all the big dance numbers, all the costumes,” Wood said. “We had to make sure we’re spaced out on stage because of COVID regulations and we’re performing in masks, although the masks that the kids will be performing in are actually clear, so you will be able to see their faces. It’s just been a lot of adjusting.”

Wood said she’s proud of the cast and crew.

“Producing a musical is not an easy task in and of itself, but during a pandemic, it is made even more difficult. Our students and staff have really gone the extra mile to keep everyone healthy and safe,” she said. “I also can’t fail to thank the incredible group of other directors who are working hard to help make this show successful. Without the support of this group, this show just wouldn’t be possible. They include: Lauren Hoerbelt, Eric Wood, David Adams, Ryen Cliff, Allison Chua, Michelle Crawford, Malloryann Flanagan, Nikole Tamfer, Lily Clause, Jane Paladino, Chris Deleo and Walker Kapral.”