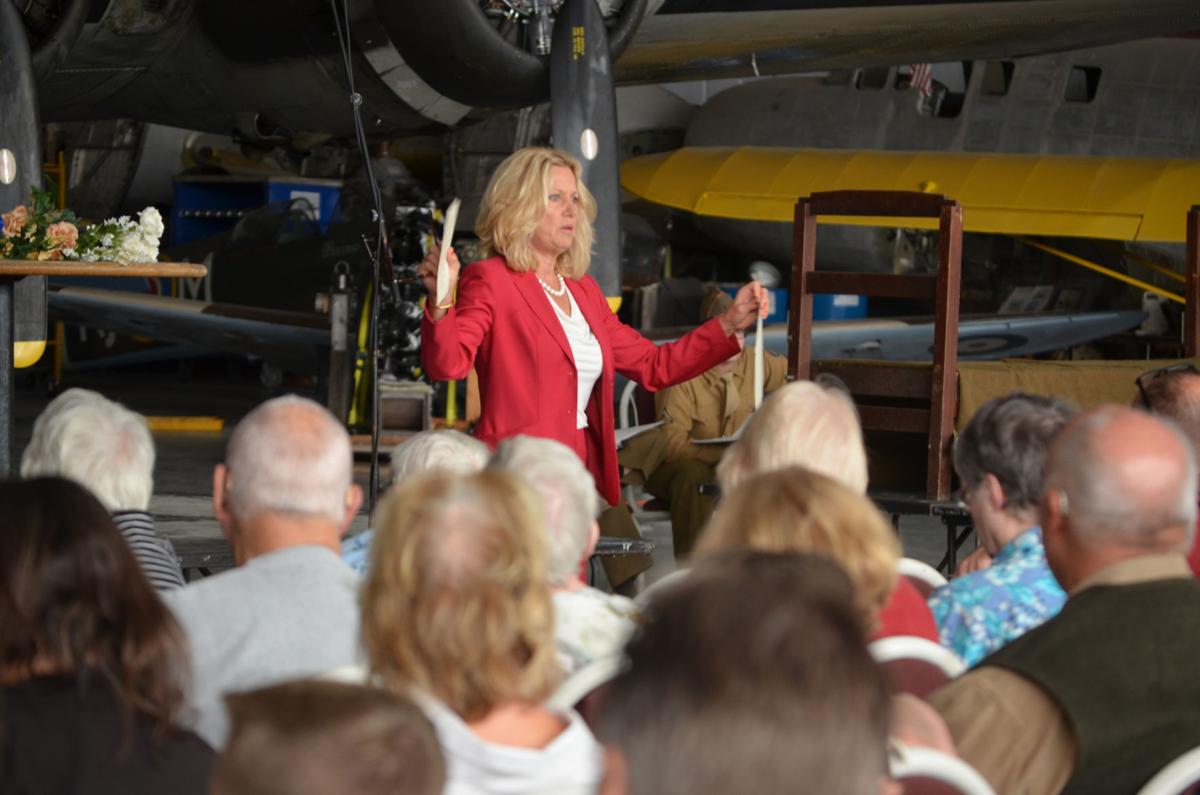 Ben Beagle/Livingston County News File PhotographRuth Henry, creator of the play “Bombs & Blooms,” speaks to the audience before a 2018 performance at the National Warplane Museum in Geneseo. Development of the play has continued, with a filmed production scheduled for this month. 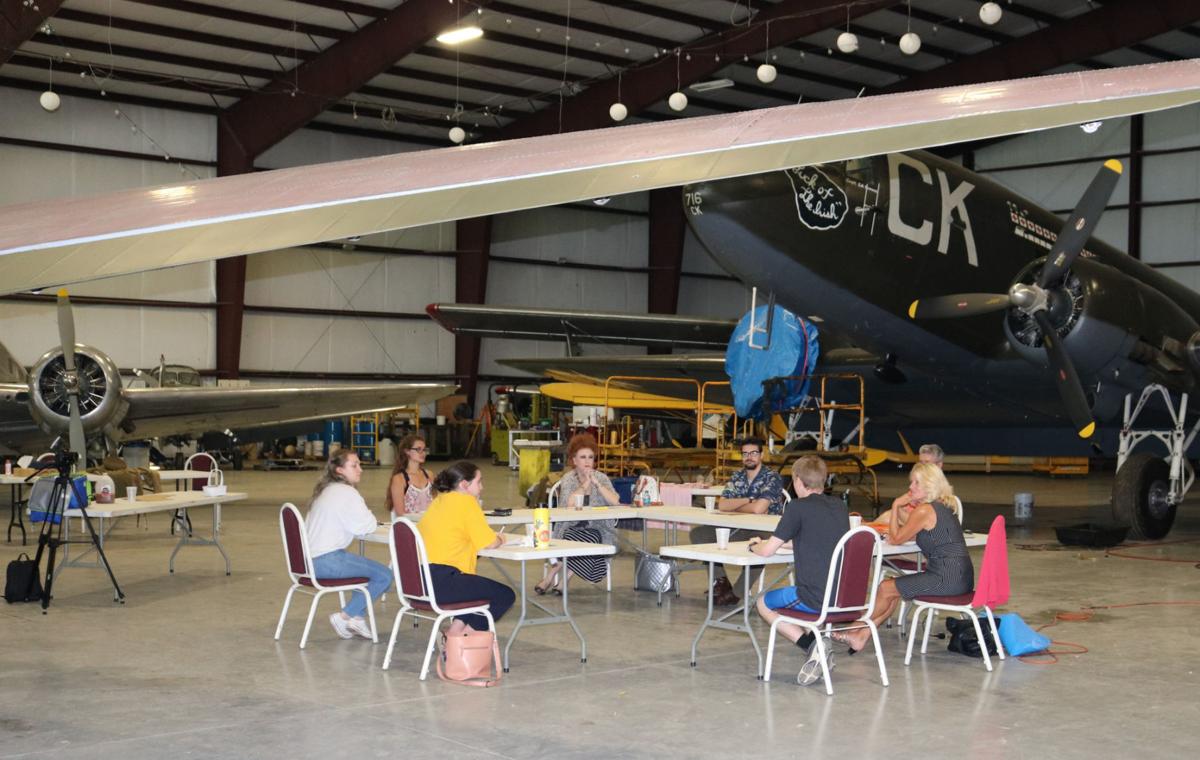 Brendan McDonough/Livingston County NewsCOVID-19 has cancelled large crowds from comng out to see actors perform, so cast members from the production of “Bombs & Blooms” are putting their talents on video for people to see.

Ben Beagle/Livingston County News File PhotographRuth Henry, creator of the play “Bombs & Blooms,” speaks to the audience before a 2018 performance at the National Warplane Museum in Geneseo. Development of the play has continued, with a filmed production scheduled for this month.

Brendan McDonough/Livingston County NewsCOVID-19 has cancelled large crowds from comng out to see actors perform, so cast members from the production of “Bombs & Blooms” are putting their talents on video for people to see.

GENESEO – With COVID-19 preventing large gatherings, director and writer Ruth Henry decided to give people a taste of what her production “Bombs & Blooms” is all about through video.

“The actors are available and they all want to do it and we started with the idea of making a video,” said Henry.

The video will not feature the entire production, but instead feature highlights of certain scenes. Filming is scheduled for July 15 and 16, with clips later shared via social media.

“We are going to highlight some of it, so that people will want to come and see it when we do a full production next year,” said Henry.

Money to pay for production of the video came from a $5,000 grant that the National Warplane Museum in Geneseo received from the Genesee Valley Council on the Arts Community Arts. The grant money will help pay for a 10-minute video, highlighting scenes and songs.

“This is just clips like when you go to the movies and you see a movie trailer, that is what it is. You don’t really take away much from that except that you get a feel for the characters, a feel for the story but you don’t know the story,” said Henry.

The full production is an educational piece that tells the story of home life and wartime service of B-17 pilot during World War II.

“I think this show is about a time in history that we can all be proud of. It is a wonderful treasure trove artifacts and history,” said Henry.

It is a story that Henry said she based on her husband’s uncle and the time that he served in the military.

“It is based on my husband’s uncle, who flew 27 bombing missions. We are voicing some of the logs as narration into the play. There is a lot of fact into this, it is historical fiction,” said Henry.

One of the highlights will focus on a pilot who was working at a flower shop when he enlisted. “He was an artist, like an artist warrior. He was a sensitive person who, when he returned from the military, purchased the flower shop and ended up finishing his career as a florist,” said Henry.

Actors said the production not only tells a story of the war, but shows a more human side to how life was like then.

In the production Sophie Houseman plays Maria, who was married to Hank, who serves in the military.

“It is an important story to tell. We hear a lot about the war in history classes, but this is more of the emotional story behind it,” Houseman said.

“I hope the people who do come will understand more about how people felt during the war, rather than just this or that happening,” she said.

Seven actors make up the cast. For many performing at the Warplane Museum and having vintage warbirds make up the set only adds to the excitement of the performance.

“It puts you in the right mind-set. These planes were actually used by people who’s story that you are actually telling. It definitely helps to have the planes here,” said Houseman.

This year with COVID-19 they won’t have any large crowds or student groups coming in to see the actors perform. Even though it is a different time some actors said there are many similarities from how life was back to how it is now with the pandemic.

“I know COVID, though we have been forced to quarantine, it has brought a lot of people together in the sense that if you need something let me know and let me help you. Back in the 1940s a lot of people helped each other out who maybe never even spoke before and that is kind of how it is these days,” said Hannah Gressinger, who plays Maxine.

For many of the actors the production presents an important story to tell, not just for those who fought in the war, but also for future generations to understand the sacrifices that the characters made.