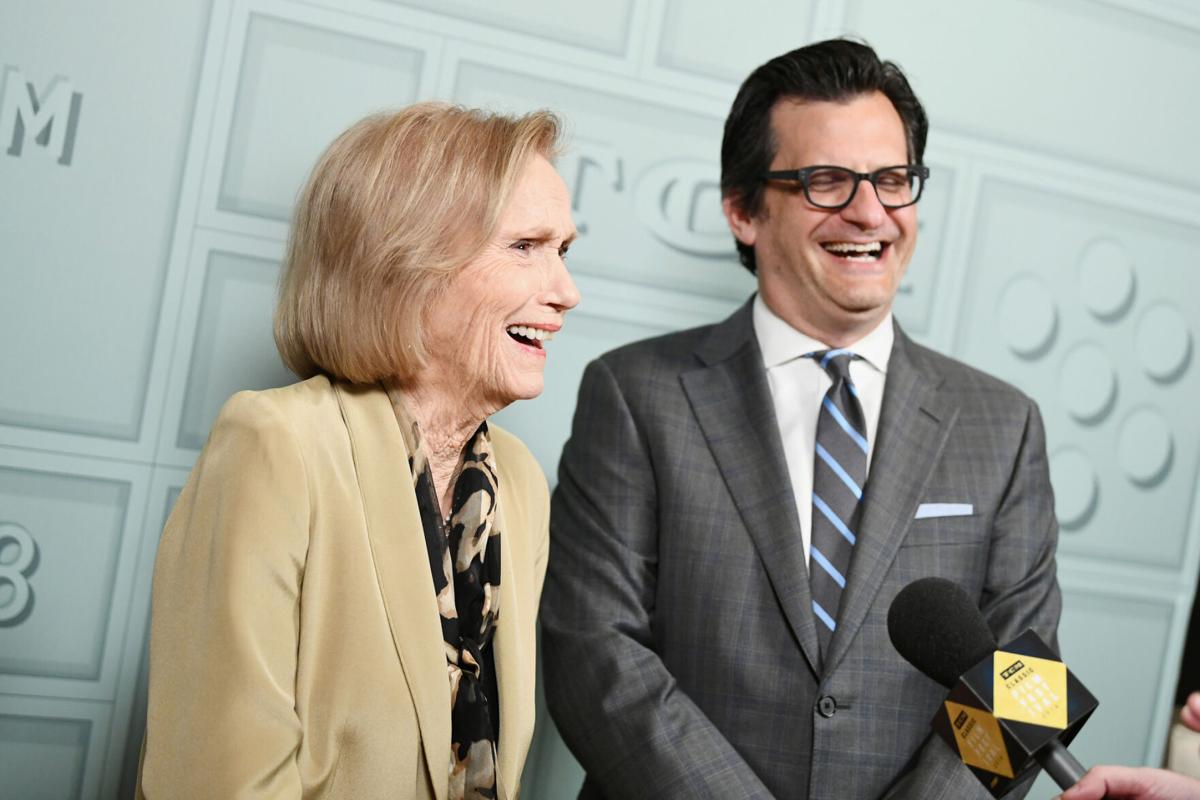 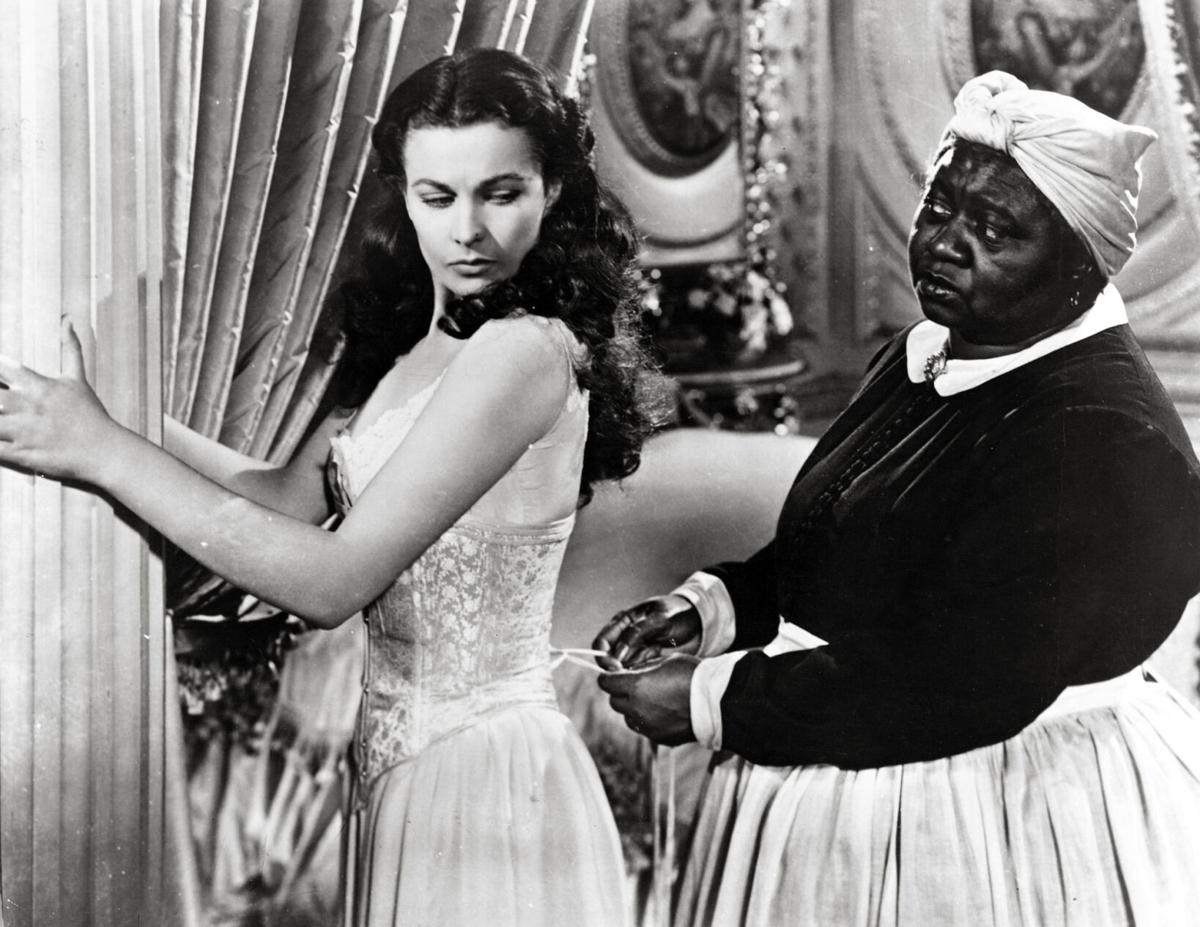 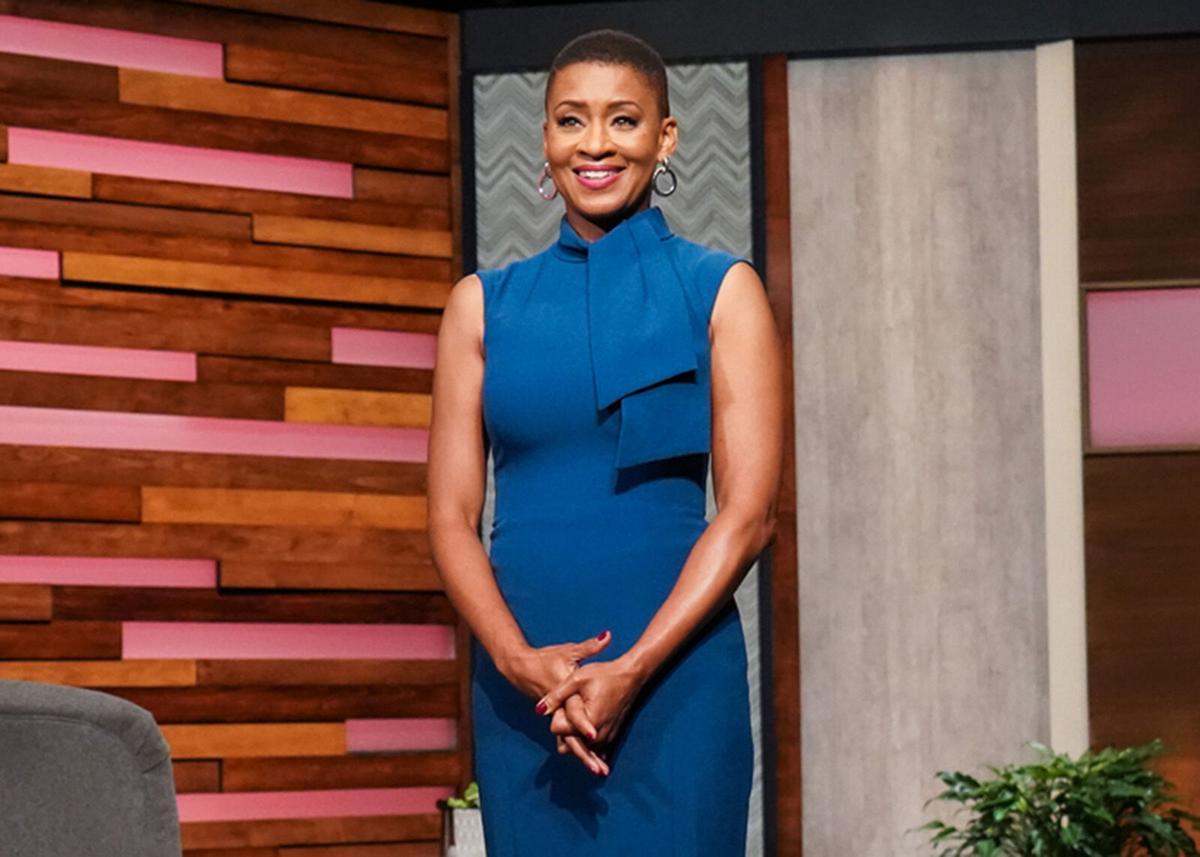 Turner Classic Movies host Ben Mankiewicz once walked the red carpet at an American Film Institute event in Hollywood and found himself standing next to director Steven Spielberg.

Mankiewicz looked down, trying to avoid fanboy eye contact. But then Spielberg said to the host, “Oh my God, I love all your movies.”

It’s become part of life for Mankiewicz, who joined TCM 17 years ago and has encountered stars and filmmakers offering similar sentiments ever since. “Mostly people want to say thanks,” he said.

Such are the perks of being on a cable channel with one of the most devoted audiences in television. The Atlanta-based TCM has long been the sanctuary of classic film on TV, presenting mostly pre-1980 movies commercial-free with a deep respect for moviemaking history going back to the silent film era.

TCM has managed to stick to its mission through shifting ownership of its parent company, WarnerMedia, which next year is expected to be spun off and merged with Discovery Inc. While current owner AT&T made its influence felt across WarnerMedia’s units, TCM has gone largely untouched and its ad-free format has been maintained, a relief to fans.

“TCM amongst filmmakers is considered holy ground,” said director Paul Thomas Anderson. “Politically neutral, essential and unimpeachable in its dedication to film history. There is nothing like it and it should be protected.”

Anderson admits to having TCM on a TV set in the kitchen of his home 24 hours a day. “I’m always afraid I’ll miss something,” he said. “It’s a bottomless pit of inspiration.”

But surviving as a traditional TV outlet in the current media landscape won’t be easy for TCM. Viewers who want classic movies of all genres can access them on demand through a variety of streaming services, or even find them on YouTube.

TCM also faces the same pressure squeezing all cable channels — every month thousands of U.S. homes are dropping their pay TV services. For TCM, it has meant a loss of subscribers. The channel was available in 68.2 million homes at the end of 2020, down from 73.3 million in 2019, according to Nielsen.

TCM’s commercial-free status is a key reason viewers embrace it. The downside is it cannot raise ad rates to offset the revenue decline caused by cord-cutting. S&P Global Intelligence data shows the network took in $286 million in subscriber revenue in 2020, down from $313.6 million the previous year.

“I fear for the future of TCM,” director Martin Scorsese said. “So does everyone else I know who loves movies.”

Scorsese will keep TCM on one of the screens in his editing suite while he’s working.

“It gives me something to turn to, to bounce off of, to rest in, to reinvigorate my thinking — just glancing at some image or combination of images at a certain moment,” he said. “It’s more like a presence in the room, a reminder of film history as a living, ongoing entity.”

“The Godfather” director Francis Ford Coppola, another devoted fan, said he is still discovering titles on TCM after a lifetime of movie viewing.

“I recently saw a film I never heard of starring John Garfield — ‘He Ran All the Way,’” Coppola said. “And I realized that I never appreciated what a great actor he was until I saw his work in this, his final film. It would not have come to my attention if not for TCM.”

TCM launched on April 14, 1994, with a ceremonial screening of “Gone With the Wind” in New York’s Times Square. It became the preeminent brand for vintage classic film over the next 27 years.

“We created a world that people wanted to come into all the time and we didn’t assault them with commercials,” said Brad Siegel, a former Turner executive who ran TCM when it launched.

For some viewers, the channel serves as a curator through Hollywood’s storied past. For others, it’s a comforting escape from present-day reality.

Despite challenges, TCM does have an advantage over other entertainment channels. By depending on film libraries — many of the 16,000 titles it can draw on are owned by its parent company — TCM is less vulnerable to rising programming costs. WarnerMedia does not disclose financials for TCM but, according to Siegel, the channel has delivered strong profits since its launch.

TCM also appeals to an older audience that is more likely to hold onto its cable subscription than younger viewers who quickly adapted to streaming platforms. The channel also connects with fans through live events, cruises, books, an annual film festival and even a wine club.

Pola Changnon, general manager for TCM, said internal research shows the channel is keeping some subscribers from cutting the cord.

“We hear plenty of people say, ‘Do I need all those other channels I don’t watch?’” she said. “But at the end of the day, they really want and desire TCM, so they are going to stay with cable as long as we’re there.”

TCM’s not-so-secret weapon is its cadre of influential devotees in the movie business. Actors have volunteered their time to do commercials for the channel over the years. Directors such as Scorsese and Ava DuVernay have participated in special programs and TCM-sponsored events.

WarnerMedia parent AT&T got a taste of TCM’s intense following after it bought the media giant in 2018.

In 2016, TCM teamed with Criterion Collection — a home video company that distributes classic foreign and art-house movies — to form FilmStruck, a subscription-based streaming service aimed at cinephiles with classics ranging from “The Best Years of Our Lives” to “Seven Samurai.” The nascent business was shut down after two years along with a number of other smaller streaming services that did not fit into AT&T’s strategy for WarnerMedia.

The shutdown sounded alarms throughout Hollywood that access to classic films, especially art-house oddities and foreign-language titles, would diminish as media companies move toward streaming as their primary delivery system to consumers.

Famous filmmakers and actors put their names on a letter asking WarnerMedia to reconsider. The effort failed, although Criterion has since launched a streaming service of its own.

The one upside from the death of FilmStruck is that it publicly displayed the passion big names in the film industry have for TCM.

“We recognize that it’s just sort of this underground army that we can bring to our defense when we need them,” Changnon said.

While TCM celebrates Hollywood’s past, the channel is trying to connect with a younger generation of classic film enthusiasts.

In 2019, the channel added Jacqueline Stewart, a film professor at the University of Chicago, to its lineup of hosts. Stewart, who is TCM’s first Black host, demonstrated her value when WarnerMedia’s new streaming service HBO Max became engulfed in controversy last year, pulling “Gone With the Wind” from the site in response to screenwriter John Ridley’s op-ed in the Los Angeles Times that said the 1939 film glorified the antebellum South.

When the film returned to HBO Max, it came with an authoritative introduction from Stewart, who recognized the film’s historical importance while citing its flaws and the discriminatory treatment of its Black cast members, including Oscar winner Hattie McDaniel.

TCM has never aired a film altered for time constraints or content. Explanations of dated or inappropriate depictions have always been cited in its host introductions. But the focus on social justice and gender equality, especially among younger viewers, have brought those issues to the forefront.

It’s why Stewart, Mankiewicz and fellow hosts Dave Karger, Alicia Malone and Eddie Muller were part of TCM’s “Reframed” series in March, which addressed problematic issues related to race and gender in 18 titles that have long been staples on the channel, including “The Jazz Singer,” “My Fair Lady,” “Breakfast at Tiffany’s” and “Woman of the Year.”

“We feel it’s important as being part of a brand in 2021 to recognize what’s going on around us,” said Changnon, adding that younger fans feel more comfortable watching with the historical context provided.

For Stewart, some of the “Reframed” topics reflect the conversations Black viewers were having over years of watching movies presented to them without any context.

“I was in a household who had seen those movies in the theater and had a real love for them,” Stewart said. “At the same time we could point out the problems that existed in these films when there was denigrating representations of people of color.”

“There are definitely some who don’t want to engage in this conversation and others do,” he said. “At the same time Doris Day was our ‘Star of the Month,’ and none of this came up in those films.”

Stewart, who is also the chief artistic and programming officer at the Academy Museum of Motion Pictures, said the response has been positive from academy members, especially those who are people of color.

“They appreciate the channel and the ways it is recognizing issues like blackface in classic films, or the casting of white actors to play nonwhite characters, in greater depth,” she said.

While TCM has no plans for a direct-to-consumer streaming product, Changnon said the brand is building its presence on WarnerMedia’s HBO Max as a way to reach younger consumers who are bypassing cable.

TCM has its own hub on HBO Max, giving its users an array of classic films on demand and the channel’s original programming that aired during its classic film festival in May. “The HBO Max subscriber got a look at how TCM really came to life in that space,” Changnon said.

But fans such as Scorsese are still happy to switch TCM on and take in whatever is showing with the knowledge that it was curated by a film lover and not an algorithm.

“We will definitely be losing something if we don’t have TCM to go to,” Scorsese said. “I suppose it’s the equivalent of the disappearance of bookstores, where you can actually walk in and browse, and maybe find something you hadn’t planned to even look for.”