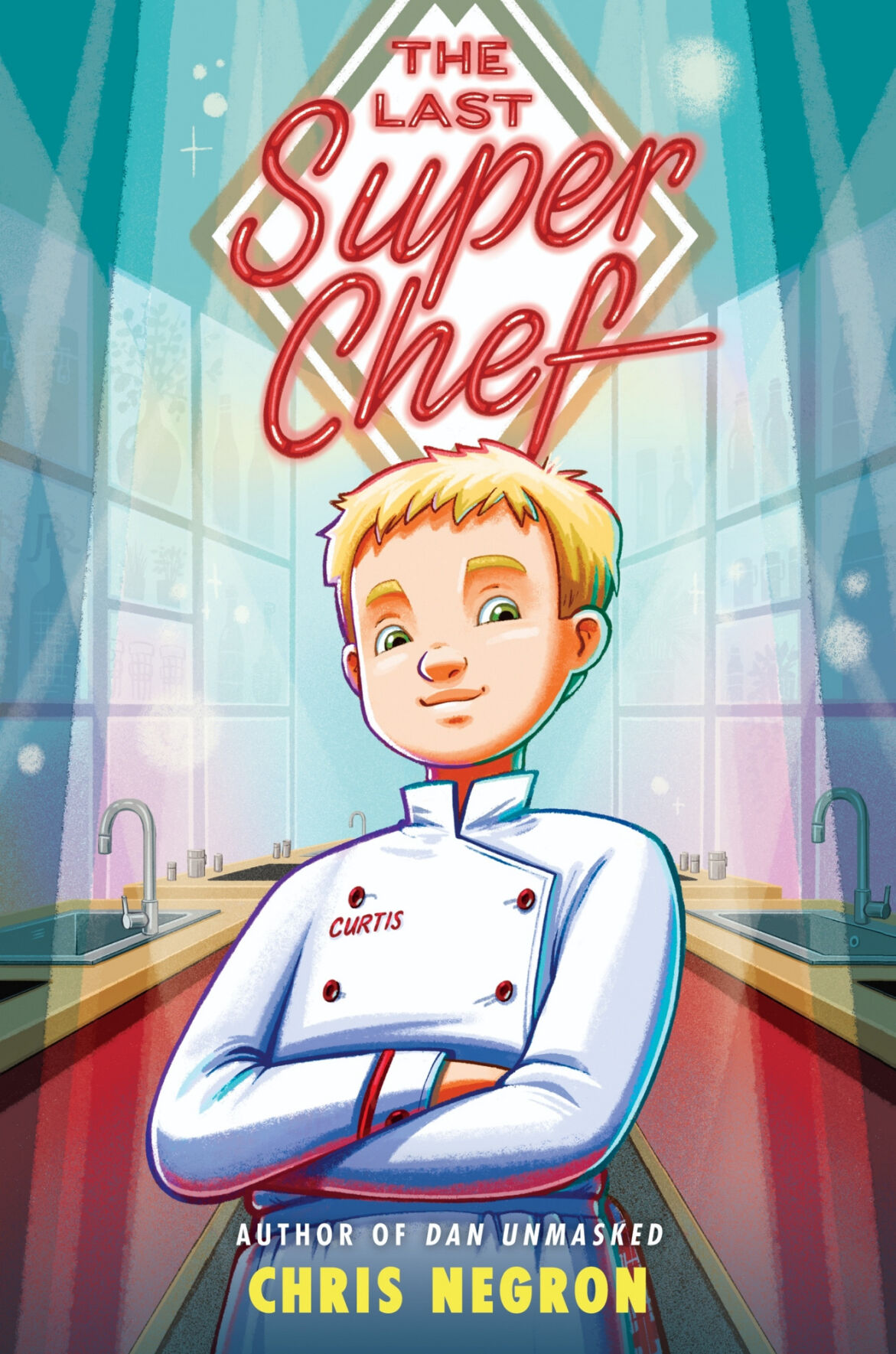 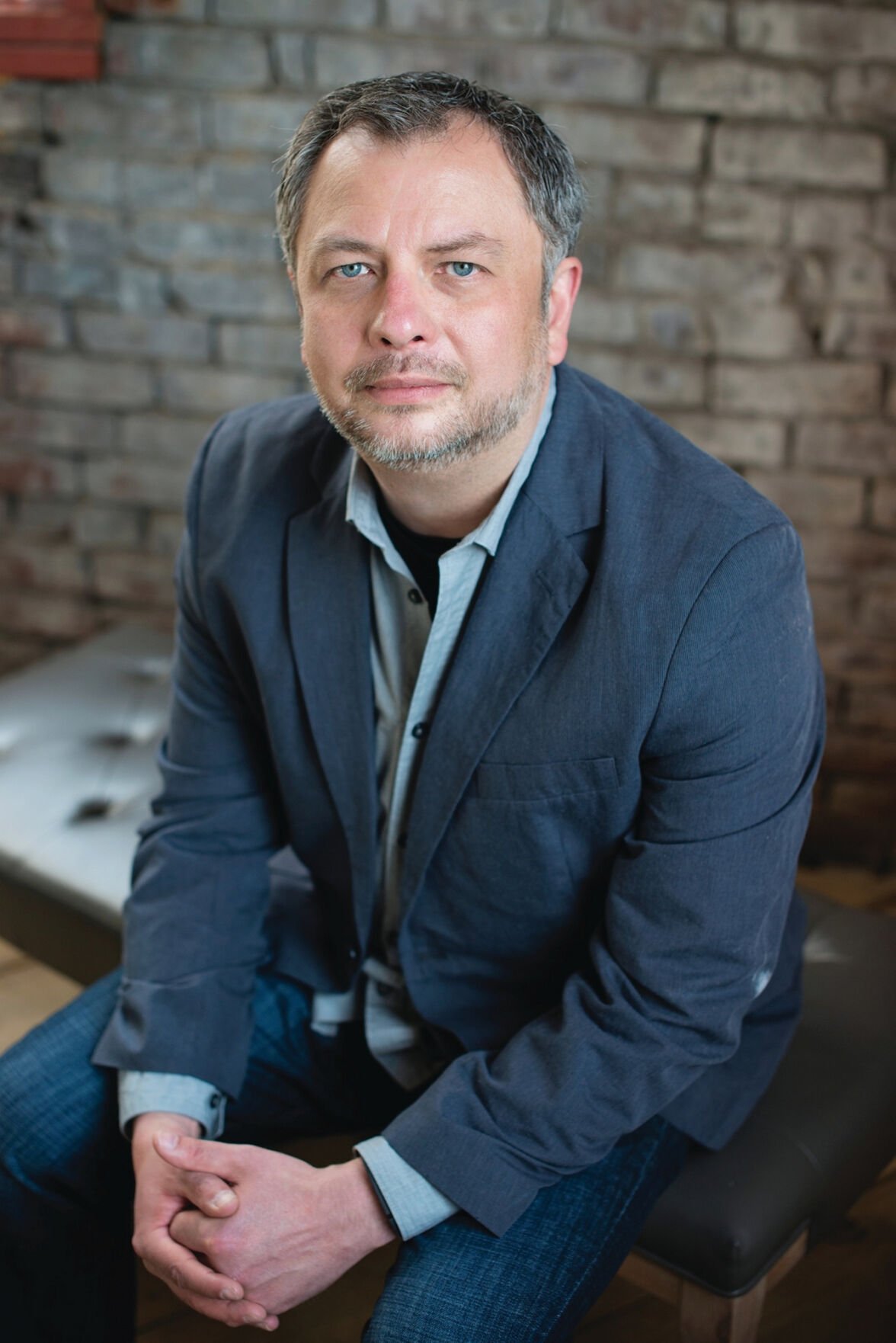 Elma native cooks up a second helping for middle-grade readers

Curtis Pith has always been obsessed with being a chef.

This is because his long-absent father is the host of “Super Chef” — Lucas Taylor. So when Taylor announces a kids-only season of “Super Chef,” Curtis finally sees his chance to meet his dad.

But after Curtis wins a spot in the competition and arrives in New York to film the show, nothing goes as smoothly as he expected. It’s all riding on the last challenge. If Curtis cooks his heart out like he knows he can, he just might go home with the top prize — and the truth.

“The Last Super Chef” (HarperCollins Children’s Books; July 6) is written by Elma native, Chris Negron. It is his second book for middle-grade readers after his 2020 debut, “Dan Unmasked.”

The idea for the new story came mainly from his love of cooking shows.

“It’s funny, I get made fun of from my wife and some of my writing friends because I honestly I’m not much of a cook myself. I confess, my wife does most of the cooking in the house,” said Negron, who now lives in Atlanta.

It also came from a love of Willy Wonka; “Charlie and the Chocolate Factory” was one of Negron’s favorites growing up, and describes “The Last Super Chef” as “Willy Wonka meets Gordon Ramsey.”

Negron had to do some research into recipes when writing the book; when Curtis gets to New York to compete, there is a diversity of chefs — a black chef from Boston, a Japanese chef and a Mexican chef. There were points at the book where he took from his own personal experience between his father being Puerto Rican and being in Japan. Besides this, he had met a former chef and writer, Ivy Knight, who helped get him get the food accurate as well as the chef culture.

A few years ago Negron was diagnosed with Parkinson’s disease, and Taylor, who was also diagnosed, decides to hold the contest because he feels like can’t do it anymore, and he has a high standard for himself. Negron said for Curtis, he was made to play off Taylor.

Curtis is a child who is tied into the future himself as he’s so sure that he is going to be a chef. Negron said it’s really neat to see a kid who knows what he wants to be and where he wants to go, but at the same time, kids have so much in front of them that maybe it’s too early for them to be so sure to not explore other things. This is the journey that Curtis goes through.

Ever since Negron was a child, he said he wanted to be an author. But he waited until 10 years ago to take that first step.

“Even when I did, I didn’t imagine I would be writing this kind of book,” he said. “I’m a big fantasy fan. I like (Neil) Gaimon and that kind of stuff. That’s what I thought I’d write, you write what you are going to typically read.”

However, Negron realized his voice was best for a children’s book. He does like these kinds of books and some of his favorite movies are in this genre.

He said when someone is pursuing something, he or she needs to keep an open mind because he or she never knows where life will lead.

When writing, he said he loves the process of sitting down at a keyboard with a story or a scene in head, and getting that out. While Negron is a plotter, he doesn’t have the entire story fleshed out as he writes, so his characters can surprise him by what they say to each other and things which happen.

As for tips for other inspiring authors, the first and biggest rule is to read — especially in the genre you want to write in.

Negron said its also important to trust your reader, especially with kids.

About the book launch

“The Last Super Chef” will be launched on July 6. There will be a virtual book launch hosted by an Atlanta bookstore, Foxtale Book Shoppe.

The book launch event will be broadcast over Zoom, and Negron will be interviewed by Ivy Knight, who the author noted “has interviewed tons of famous chefs in the past, including Anthony Bourdain.”

Knight is also a food writer and helped critique Negron’s book and made sure he good the food and cooking details correct.

The virtual book launch is a ticketed event, though tickets are free.

To register for the event, visit https://tinyurl.com/e3k54vyp.