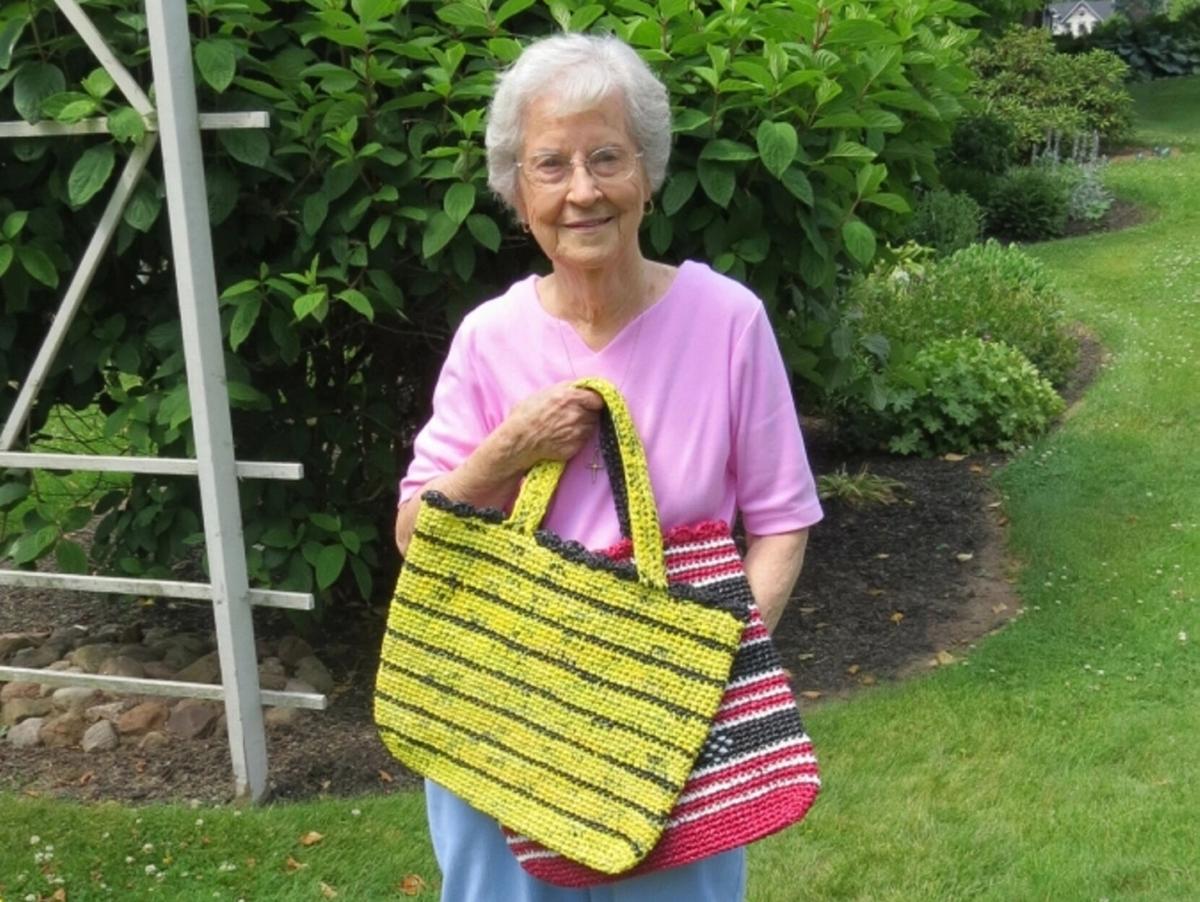 At 100, Arlette Sherwood continues to crochet using the plastic bags that she has collected throughout the years. Today is her 100th birthday. 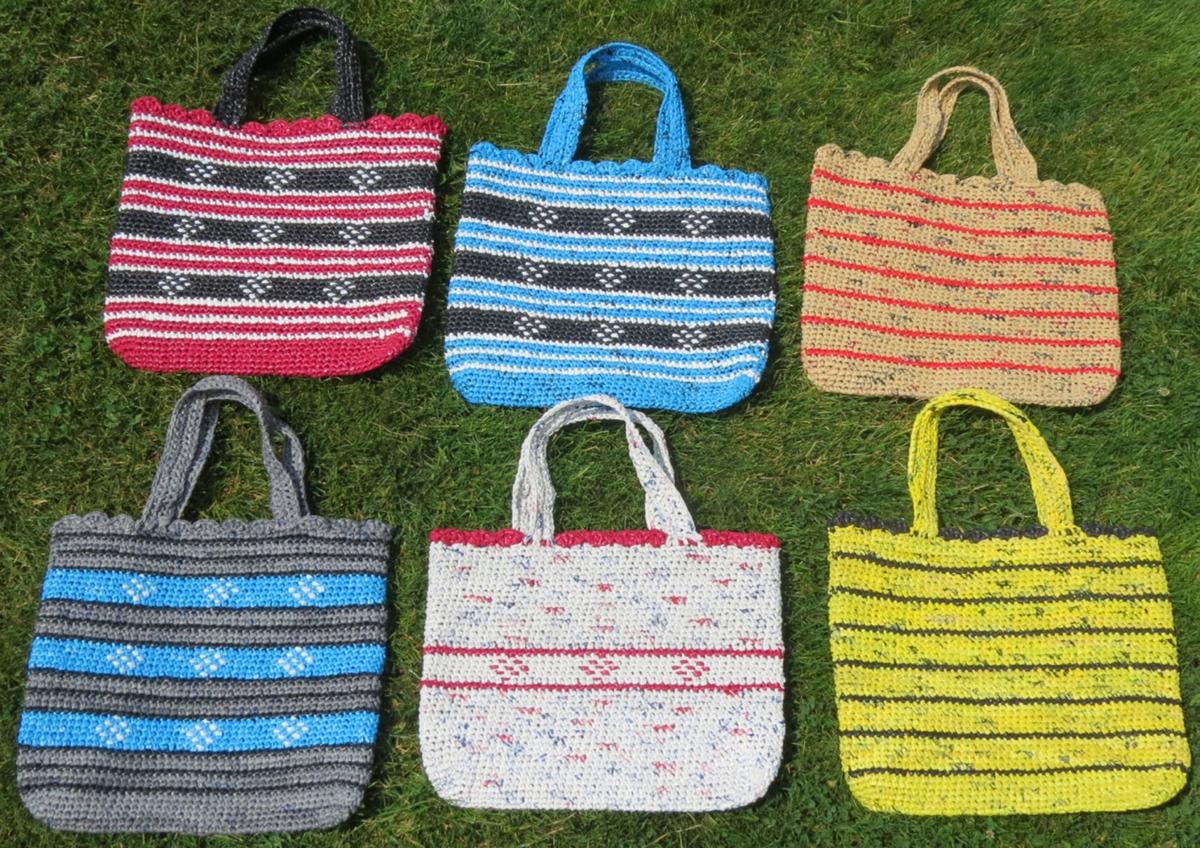 At 100, Arlette Sherwood continues to crochet using the plastic bags that she has collected throughout the years. Today is her 100th birthday.

Arlette Sherwood, born Oct. 1 1920, celebrates her 100th birthday today. She has five children, 15 grandchildren, 25 great grandchildren (with another on its way), and 10 great-great grandchildren. That’s 56 children in all. That’s blessed beyond measure! She has passed down a legacy of what a mother and grandmother should look like. A woman after God’s heart and a desire to live according to His Word, the Bible. She grew up during the depression in the small town of Oxford. As a teenager Arlette worked for The Corner Shop waitressing, where ice cream cones sold for five cents and she earned $8 per week. She married her high school sweetheart, Stan Sherwood Sr., and then moved to Elba, in 1946. Stan was the only physical education teacher and athletic director at Elba Central School retiring in 1980 after a 35 year career there. Arlette was known by her husband as his “little bride.”

Arlette worked in the office at Elba Central School doing payroll when computers were unheard of, everything was done using adding machines and paper. After working a short time for the Agricultural Stabilization and Conservation Service, a farm service agency, she retired at the age of 62 from the VA hospital as a medical secretary. She was a woman with many abilities, and she did them well!

After retiring she and her husband, Stan, moved to their summer home on Otisco Lake. Stan’s retirement years were short as he passed away from cancer at the age of 68. The children and grandchildren continued enjoying many years visiting her there. Those times at the lake will always be cherished memories having campfires and roasting marshmallows, playing the game chicken foot, fishing, boating, skiing, tubing, swimming, flashlight tag, catching fireflies at night and sipping coffee on the deck. They were happy moments to be treasured!

At the age of 88 Arlette decided to move back to Elba to live closer to her children. She had learned to crochet tote bags out of plastic grocery bags. She has made over 300 totes selling them nonprofit, donating the money to the church and other ministries. She has become known as the bag lady. It is not a surprise for her to find a bundle of plastic bags left on the handle of her porch door to use for her crocheted totes.

In 2014, at age 93, she was interviewed by Larry Canale, editor-in-chief of the Antiques Road Show Insider. He wrote an article featuring Arlette and her totes made out of recyclable plastic bags as a way to go green. He said in his article, “These bags are a kind of utilitarian folk art — all of them hand-crafted, all using throwaway materials, all destined to stick around for a long time.”

Now at 100, Arlette continues to crochet using the plastic bags that she has collected throughout the years.

She is an amazing mother, grandmother, and godly woman, who is dearly loved by her family and friends. She has blessed her family, church family, and friends by the life that she has lived so well by her Christ like example.

Tracy Byrnes is the daughter of Arlette Sherwood.