You have permission to edit this article.
Edit
Home
COVID-19: Back open for business
News
Sports
Obituaries
Opinion
Arts & Life
Calendar
Photo and Video
Ads
eEdition
More
Share This
1 of 2 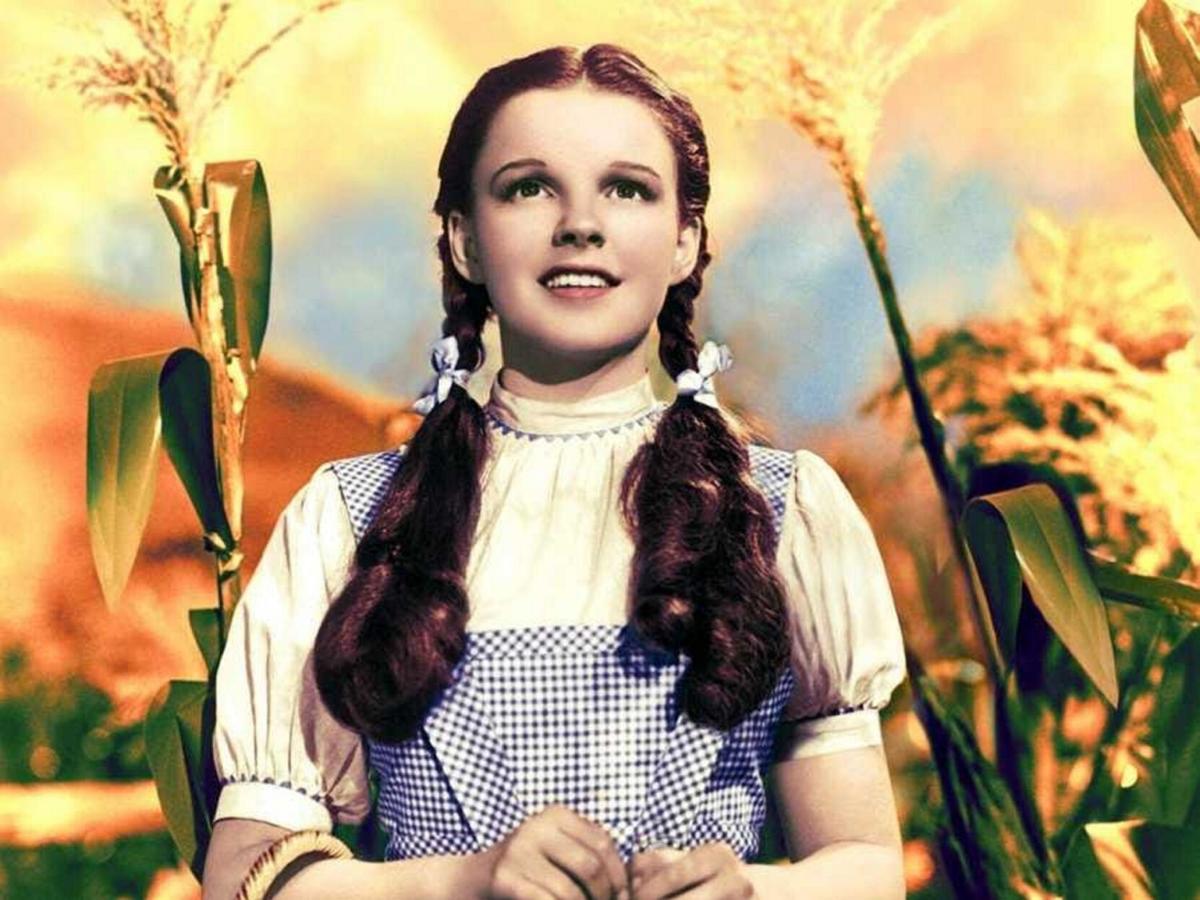 Judy Garland’s first starring role was in “The Wizard of Oz.” MGM 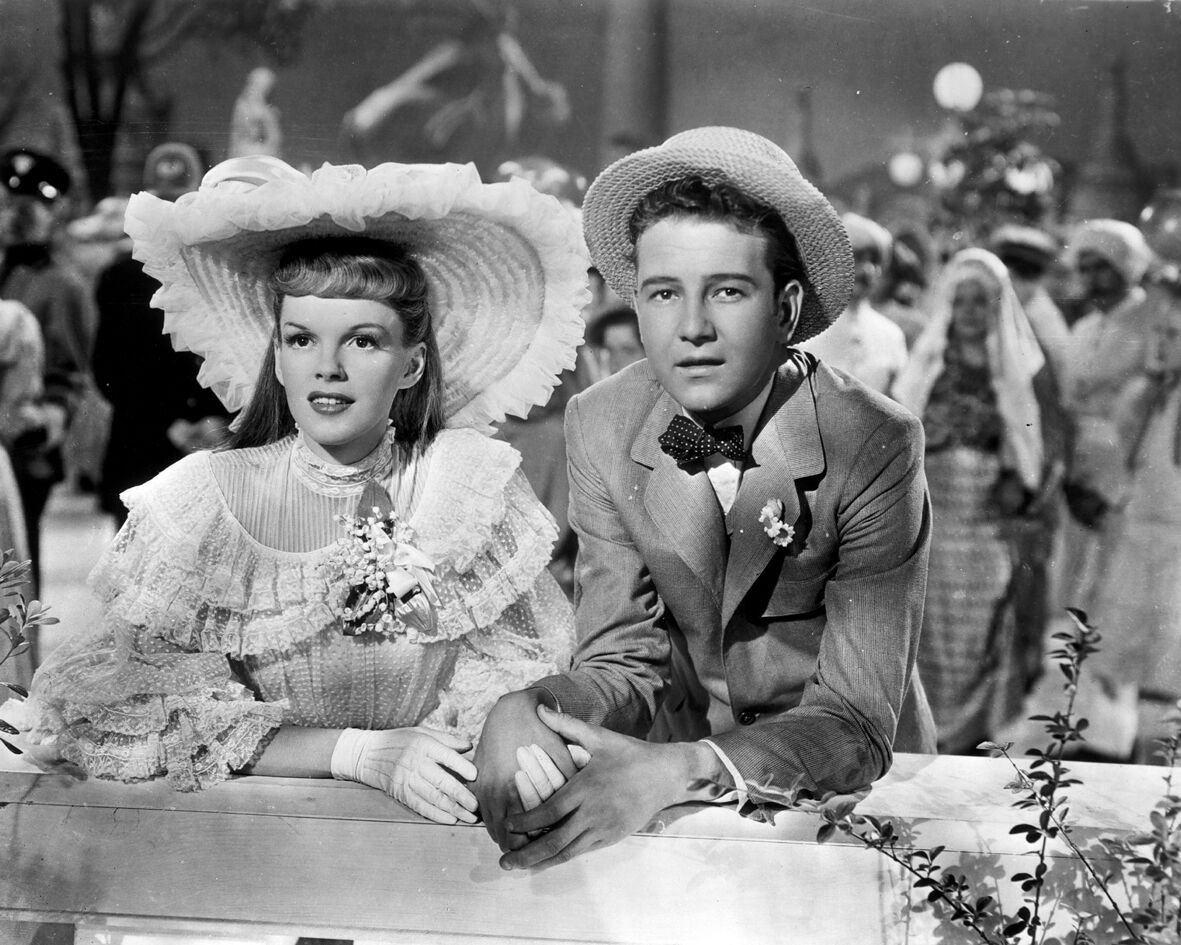 Judy Garland’s first starring role was in “The Wizard of Oz.” MGM

Judy Garland looms large in the history of the movies, although she flourished on screen for only a decade.

She arrived with a movie-stealing cameo in “Broadway Melody of 1938,” and she’s terrific in “Love Finds Andy Hardy,” but it’s “The Wizard of Oz” in 1939 that ensured Garland’s place in cinema history. The Minnesotan born Frances Gumm would make 20 features in the next decade, culminating with “In the Good Old Summertime.” But due to behavior resulting from the uppers and downers that studio executives hooked her on, she was persona non grata in Hollywood by then. She’d live another 20 years but only complete seven more movies.

Garland’s filmography seems larger because she was so prolific in the ’40s, and because she became a star so young (she was 14 or 15 in “Broadway Melody”). All chronology is skewed for Garland, whose death at 47 in 1969 seems to consign her to a previous era of movie history, even though if she were alive today, she’d still be a bit younger than Betty White.

Renee Zellweger’s Oscar-winning performance in 2019’s “Judy” captures two ways to look at Garland’s legacy. It’s a tragedy, because she was in such bad shape at such a young age that we’ll never know how many opportunities she missed out on, with tantalizing stories about her as a possibility in “Valley of the Dolls” and the video evidence of “Annie Get Your Gun,” from which she was fired in 1949. But we can’t know what movies she might have made.

The flip side is that her decade at the top is one of the best in movie history. There’s a series of musical all-timers, best remembered for her iconic songs: “On the Atchison, Topeka and the Santa Fe” in “The Harvey Girls,” “Get Happy” in “Summer Stock,” “I Got Rhythm” in “Girl Crazy.”

There were also dramas and comedies that showcase the indelible timing that would dazzle audiences when she turned to the concert stage. And even in the last couple decades of her life, the Grand Rapids, Minn., native, whose story is told in the Judy Garland Museum there, achieved a couple of excellent film performances.

Garland’s training in the studio system did help her achieve greatness in her first starring role. Actually, she achieved it within minutes of the start with “Over the Rainbow,” the signature song that meant many things over the course of her career. “Oz’s” classic status feels preordained, but its production was chaotic, with actors replaced and five men cycling through the director’s chair. Garland ended up surrounded by beloved performers, but her naturalness and warmth are what make it so memorable.

After her ’40s run, Garland would make just three more musicals, this being the undisputed best (surprisingly, it’s her first competitive Oscar nomination). Garland had already lived through enough Hollywood angst to know in her bones this story of one career on its way up and another on the way down. She was lucky to have director George Cukor to guide her, especially in singing “The Man That Got Away,” which he lets her perform in a single take, knowing she’d act the heck out of it as a woman who has “been through the mill.”

It’s tough to pick the best number in this jam-packed musical: the title song? “The Trolley Song?” I’d go with sad carol “Have Yourself a Merry Little Christmas.” I can never watch the scene in which Garland’s character comforts her younger sister without wondering what Garland, barely out of her own childhood, was thinking about young co-star Margaret O’Brien.

Garland’s second and final Oscar nomination was for a drama about the attempt to bring prominent Nazis to justice. Deglamorized, song-free and spellbinding, she plays a German woman compelled to testify about her friendship with a Jewish man.

When we meet Garland’s Veronica, she’s wearing a hat with fake birds on it, which attracts the attention of co-star Van Johnson, who monkeys around with the birds, which suddenly turn out to be actual birds. Buster Keaton himself devised the surreal bit, which is hilarious but also establishes why the romantic leads of this “Shop Around the Corner” remake hate each other. Garland’s hilarious/exasperated execution of the physical comedy is as perfect as her delivery of a handful of tunes.

Nobody understood Garland’s appeal better than Vincente Minnelli, who directed her several times (“St. Louis” is also his), married her and fathered daughter Liza Minnelli. He showcased Garland’s humor and vulnerability in her first big non-singing role as a quirky woman who meets and marries a soldier on leave.

The story of the “girls” who helped settle the American West is extremely old-fashioned, but I don’t care because it’s so fun to see Garland reunited with “Oz” co-star Ray Bolger, and the “Atchison” song, with a literal cast of thousands, is such a showstopper.