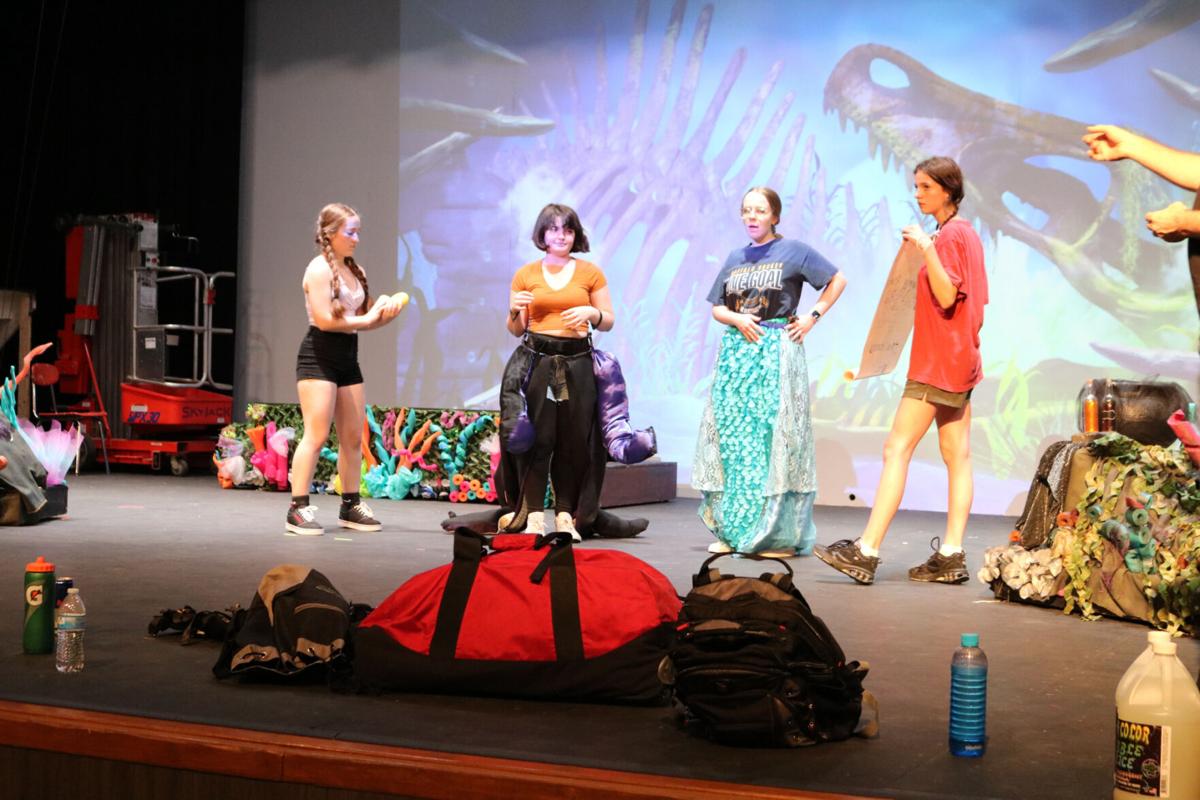 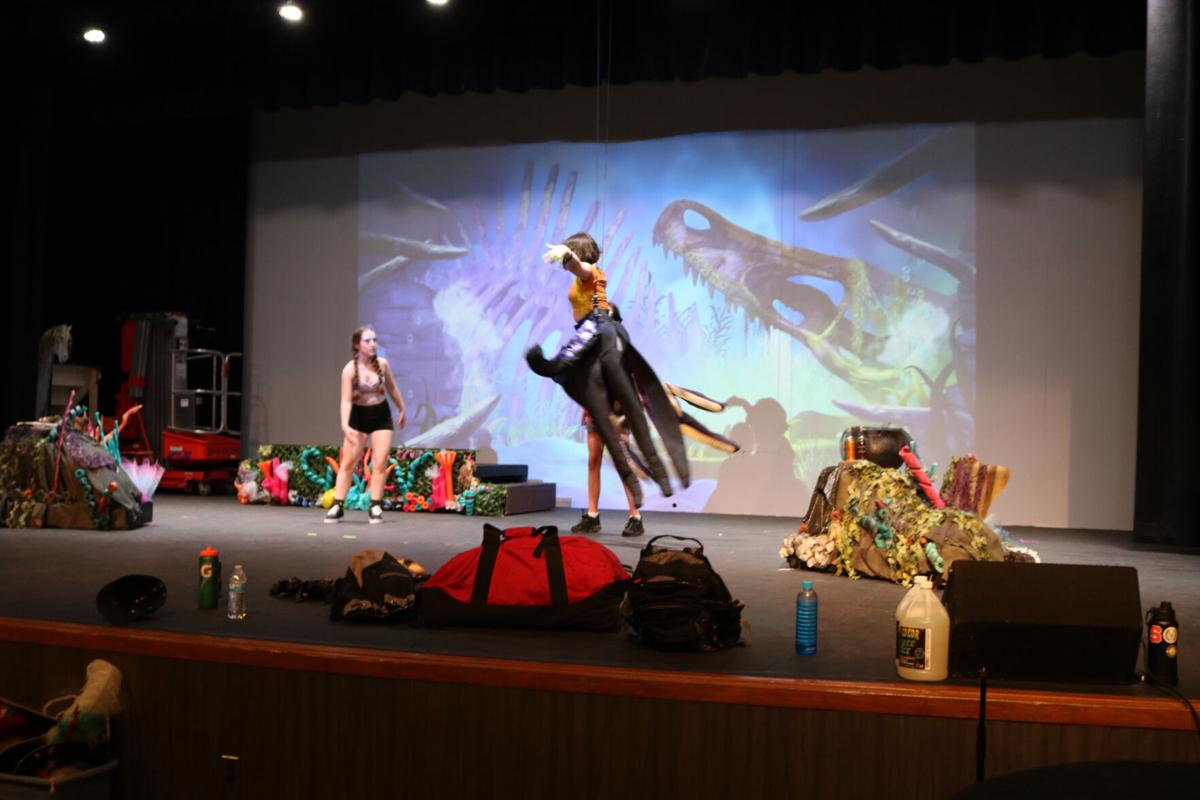 Brendan McDonough/Livingston County NewsThe production of “Disney’s The Little Mermaid” will inlcuding flying – or “floating” – effects among the cast.

Brendan McDonough/Livingston County NewsThe production of “Disney’s The Little Mermaid” will inlcuding flying – or “floating” – effects among the cast.

AVON – The Avon Central School District Auditorium is being transformed into a magical seascape as students prepare to present “Disney’s The Little Mermaid.”

“It is really exciting to be in a production like this,” said Emily Krasinski who plays Ariel.

The performance is being sponsored by the Avon Community Theater and students in the production range from high school up to college.

“It is different in that we have to be distanced. Just recently we received the OK to rehearse without masking,” said producer Cynthia Towler.

Cast and crew are also working on a pre-show production, “The Magic Treehouse-Knight at Dawn.”

The fifth- through seventh-graders will perform “The Magic Treehouse” and a show called “The Night at Dawn.”

The beloved story of “The Little Mermaid” follows the life of a rebellious 16-year-old mermaid named Ariel who is fascinated with life on land. On one of her visits to the surface – which are forbidden by her controlling father, King Triton – she falls for a human prince. Determined to be with her new love, Ariel makes a dangerous deal with the sea witch Ursula to become human for three days. But when plans go awry for the star-crossed lovers, the king must make the ultimate sacrifice for his daughter.

Playing the role of Price Eric is Michael Cullinan.

“His father passed away and he needs to find someone to marry so that he can be king,” Michael explains. “He wants to be a sailor, he ends up almost getting drowned but Ariel saves him and then he tries to search for her for her voice but of course she loses her voice to Ursula.

“It is a lot of just trying to look for someone that you don’t know,” he said.

Also in the classic tale, Ursula makes a deal with Ariel to transform her into a human for three days in exchange for Ariel’s voice. Within these three days, Ariel must receive the “kiss of true love” from Eric. If Ariel gets Eric to kiss her, she will remain a human permanently. Otherwise, she will transform back into a mermaid and belong to Ursula. Ariel accepts and is then given human legs and taken to the surface.

For Rose Khoobyar getting to play the role of Ursula, who is a sea witch that is half human and half octopus was a welcome change for her.

“It is really exciting to be Ursula. I have always wanted to play a villain,” Rose said. “It is really fun to be this big bombastic character on stage, plus I get extra legs with real suction cups.

“I have be the villain, I get to steal Ariel’s voice but I get to fly up in the air,” said Khoobyar.

In addition to flying Ursula also disguises herself as a beautiful young woman named Vanessa and appears onshore singing with Ariel’s voice. Price Eric recognizes the song and, in her disguise, Ursula casts a hypnotic enchantment on Eric to make him forget about Ariel.

In addition to getting to perform in front of an audience the students said what they also enjoy about being the performance is being able to act, with some of the COVID restrictions lifted.

“It is good to not have to wear a mask. That is the one thing that is good about this,” said Emily, who plays Ariel.

“Part of the musical version of this is almost re-imagined. I plan on trying to bring myself into her, like I like to do with my parts,” said Emily Krasinski.

It is a performance that both the actors and directors hope will delight audiences of all ages.