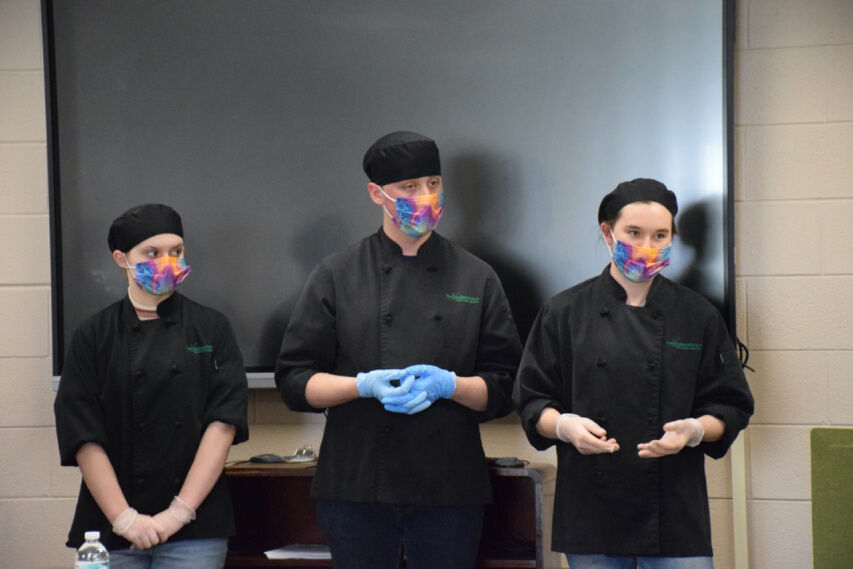 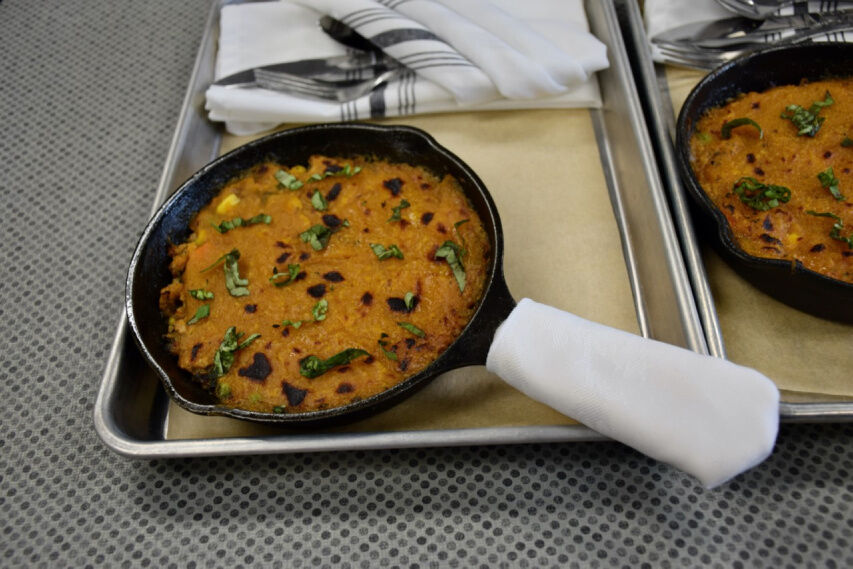 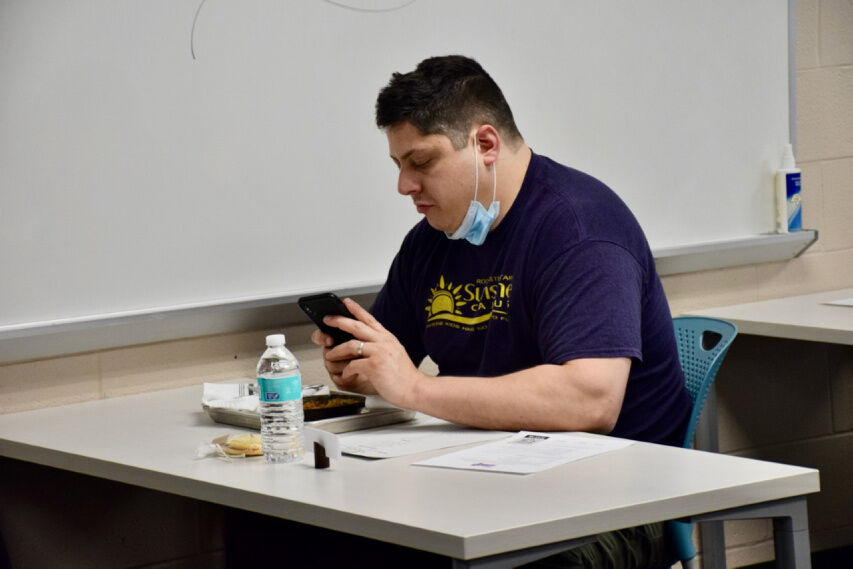 Merrell is a senior from Byron-Bergen Central School and Wolcott and Longsdon are both juniors from Pavilion Central School. The trio came up with a creation called sweet potato shepherd’s pie.

During the Culinary Challenge, this team prepped, prepared and served its recipe to a panel of judges, Genesee Valley BOCES said. The judges scored the team’s recipe based upon taste, texture, aroma, and appearance. The scores from the competition were sent to NASA’s Johnson Space Center in Houston, Texas, and will be scored against 26 teams from around the United States.

The teams with the top 10 scores move onto the final round of the competition which will be held in the spring at NASA in Houston. If chosen, the three students’ recipe could be sent to the International Space Station for astronauts to enjoy.

“This was a process of trial, error, reformulating and much tasting! Isaiah, Alexa, and Sara were determined to make this recipe the absolute best it could be,” said Culinary Arts Instructor at the GV BOCES Batavia Campus Tracy Burgio. “They did an amazing job preparing, cooking and presenting their recipe. I’m so very proud of all their efforts.”

The panel of judges asked many questions of the team, which the students answered confidently. Isaiah shared how the team arrived at their recipe.

“We were given the food category and guidelines from NASA HUNCH. We brainstormed and came up with the idea of Sweet Potato Shepherd’s Pie,” Merrell said. “I can’t even count how many times we made this recipe and changed ingredients. Even the day before this judging, we added two other ingredients to boost the flavor.”

When asked about why some of the ingredients were used, Logsdon said, “The theme this year is comfort foods and we interpreted this recipe to have subtle flavors. But we did add garlic!”

She also noted that only certain ingredients could be used in the recipe due to the recipe’s need to be processed and packaged for space travel and for astronauts’ consumption onboard the International Space Station.

One of the judges, Pauly Guglielmo, owner of Guglielmo’s Sauce, a food development company, shared his thoughts with the students.

“It’s very difficult to work with these nutritional restraints set by NASA. I understand!” he said.

“The students participating in this challenge had a great opportunity to learn about NASA, what astronauts can eat in space, why recipes need to be made a certain way, as well as, all of the nutritional values that need to be tracked while living on the International Space Station,” Sanfratello said. “Over the years, NASA has been a great partner with our programs and has provided many students many learning opportunities.”