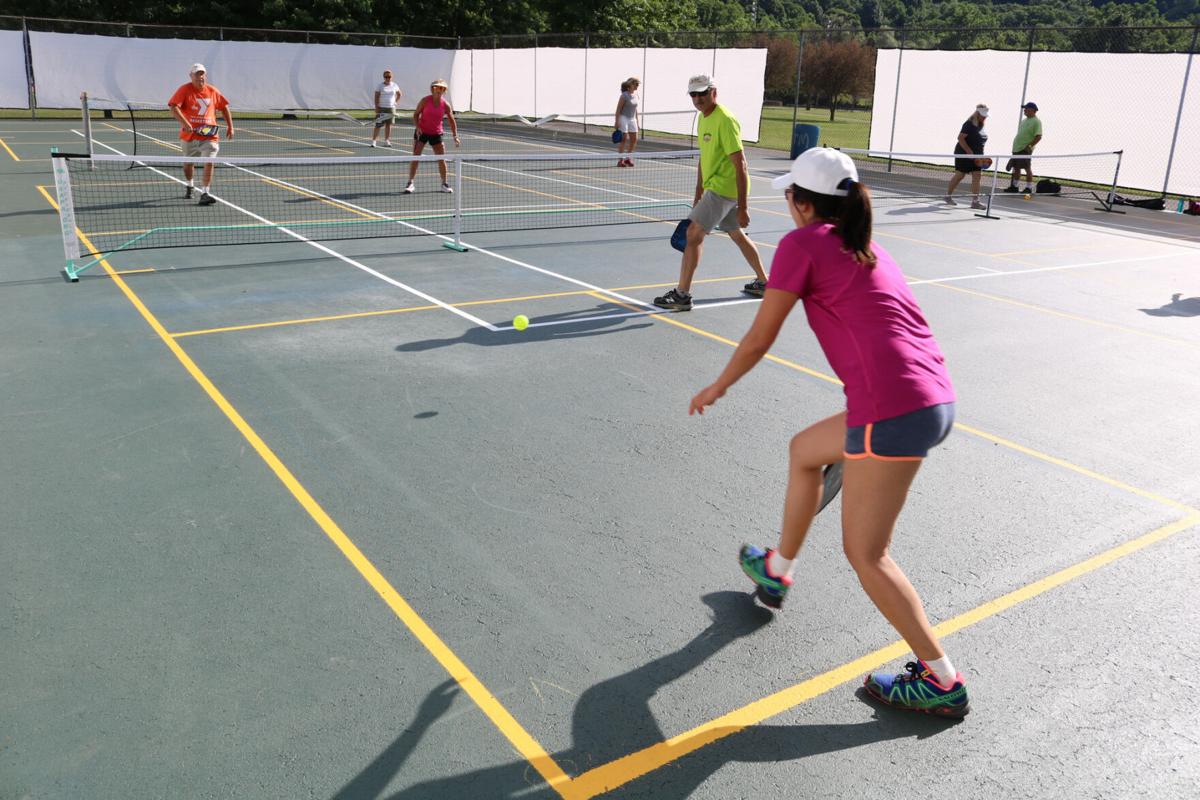 Back and forth. Members of the Dansville Pickleball Group enjoy the game at Babcock Park. The group meets at the park at 6:30 p.m. Sundays to Fridays. 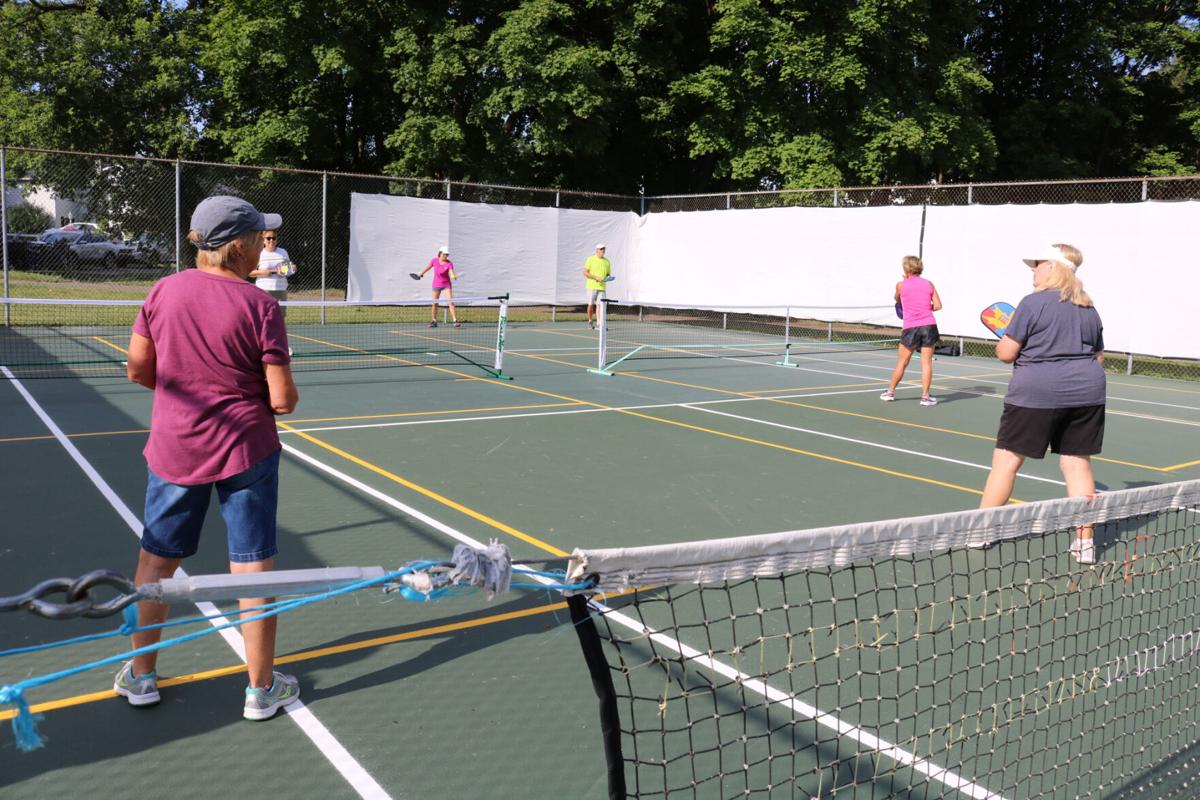 On the court. Players say pickleball is a combination of tennis and ping pong and that anyone with a willingness to have fun and meet new people is welcome to join them.

Back and forth. Members of the Dansville Pickleball Group enjoy the game at Babcock Park. The group meets at the park at 6:30 p.m. Sundays to Fridays.

On the court. Players say pickleball is a combination of tennis and ping pong and that anyone with a willingness to have fun and meet new people is welcome to join them.

DANSVILLE – The game is called “pickleball.” It’s a combination of tennis and ping pong, played on an outdoor court.

“It is great for all ages,” said West Sparta resident Adlai Adams.

Pickleball has become so popular that people in Dansville started their own pickleball group. It meets at 6:30 p.m. Sundays through Fridays at Babcock Park.

“The exercise is great and it is not a hard game to play,” said Dansville resident Jim Smith.

In teams of two, four or more players use a paddle to play and while it may look like tennis, they said the game is a little different.

“You can see the balls are hardened, so they are not like a rubber tennis ball. They do not have the bounce. It is also not as aggressive as tennis, where you have to run around a lot,” said Adams.

With new nets and clean lines the tennis court at Babcock Park is also now a new pickleball court. But getting the surface ready for players to use took some effort.

“I was the only one taking care of the court. I rake the leave and clean the court,” said Adams.

Then Adams said he asked Dansville Mayor Peter Vogt if he could do more at the court.

“I started to ask the Mayor for permission to clean the court and take some of the slime off of it,” said Adams.

Adams said he also asked the mayor if the court could be re-coated and used by the group.

“I asked him once again if we can put pickleball here and he wanted to know what it was,” said Adams.

After that Adams said the group then took to the court. Together, they raised money to pay for nets, paddles, balls and even put a wind blocker around the court.

“When the wind come it blows through here like a hurricane, so I asked him (the mayor) if we can put some wind blockers up. It does not stop the breeze all together but it definitely does slow it down,” said Adams.

Players said it slows down the wind but not the fun they have together.

“Winning is not everything but the fellowship that we share and the ability to help one another and grow is great,” said Adams.

It is not just a game that members of the pickleball group can enjoy but Adams says anyone is welcome.

“We invite everyone to play. If you pass by and want to play, we have extra paddles at all time and we invite all of the park people to come in and play,” said Adams.

No experience is needed, players said all that is necessary is the ability to have fun and meet new friends.

“It is age respective which gives you the ability to be able to enjoy it and get in some good exercise. It is great for all ages,” said Adams.

It is a game that players said it not just for adults either.

“Pickleball was actually being played in high schools for years. The Dansville High School plays it all the time, but the kids just want to whack the ball. I guess it just took on for a little more for us that are older,” said Adams.

In addition to the fellowship that players enjoy Adams said they also encourage and support one another.

“Like if there is a good shot we will say ‘good job,’ ” said Adams.

Offering encouragement and fun to an activity that many in Dansville said they now enjoy more than ever.

“My husband and I just recently retired, so we were looking for something fun and it is not real hard,” said Pam Selbig of Wayland. “Anyone can do it and we even bring our little grand kids down here when we play.”