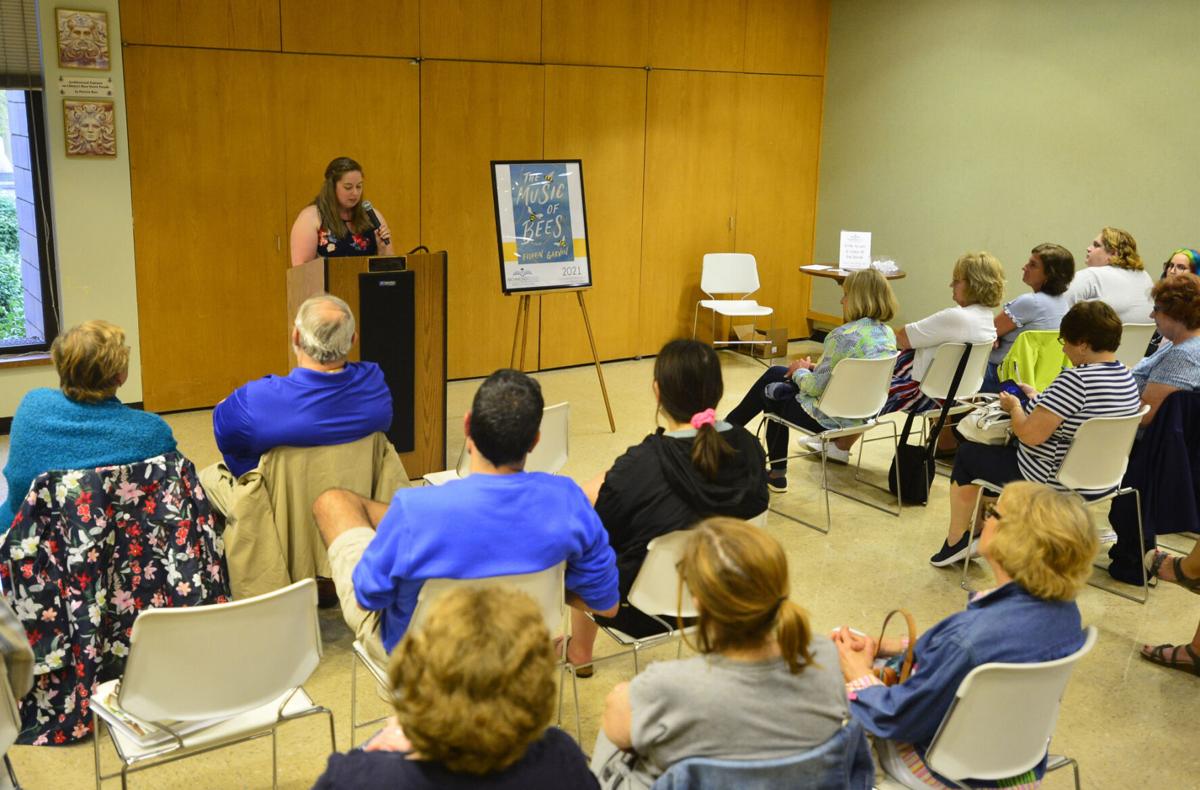 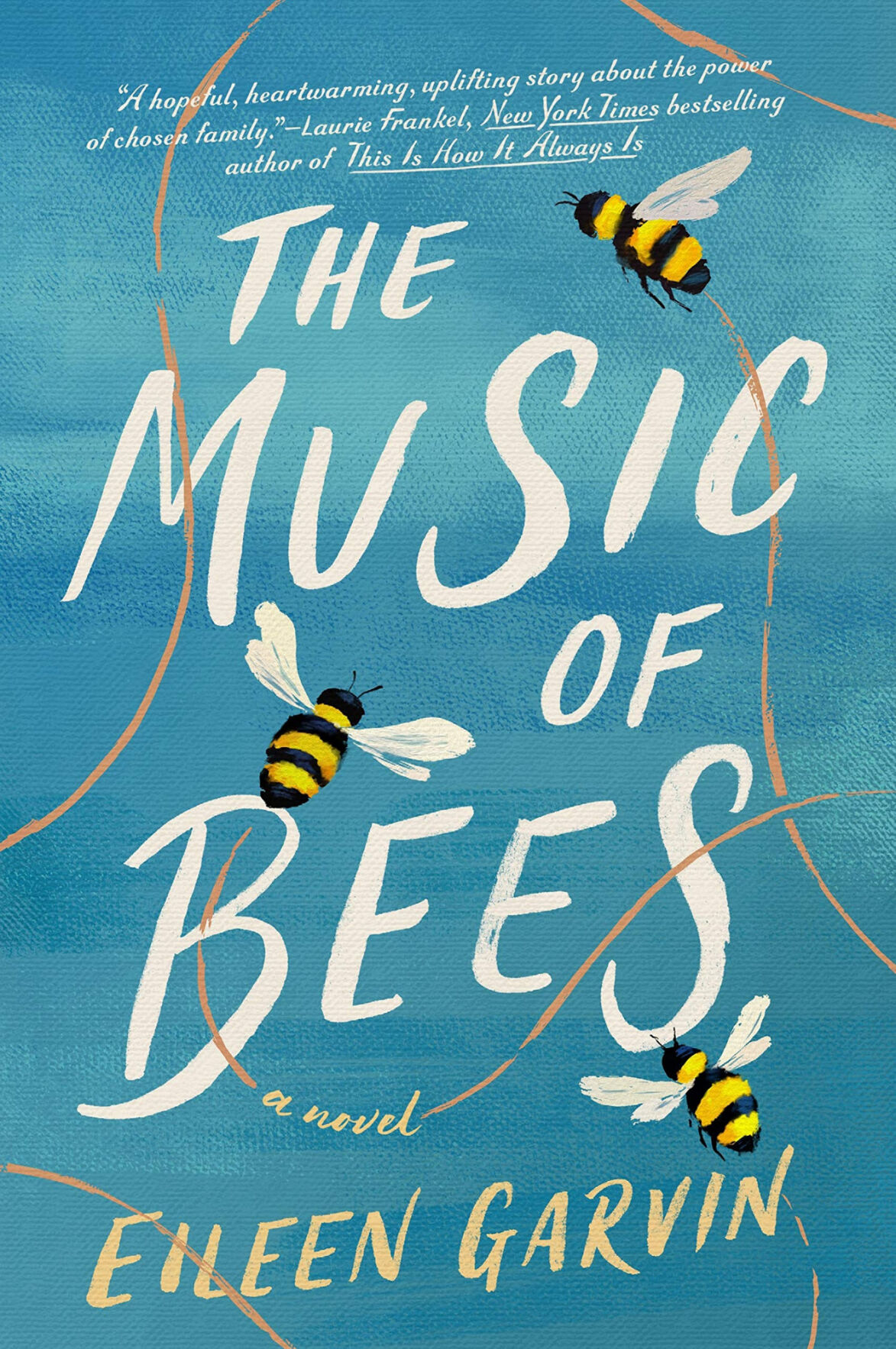 The cover of "The Music of Bees" by Eileen Garvin. The book is this year's pick in the "Richmond Reads" community reading project. 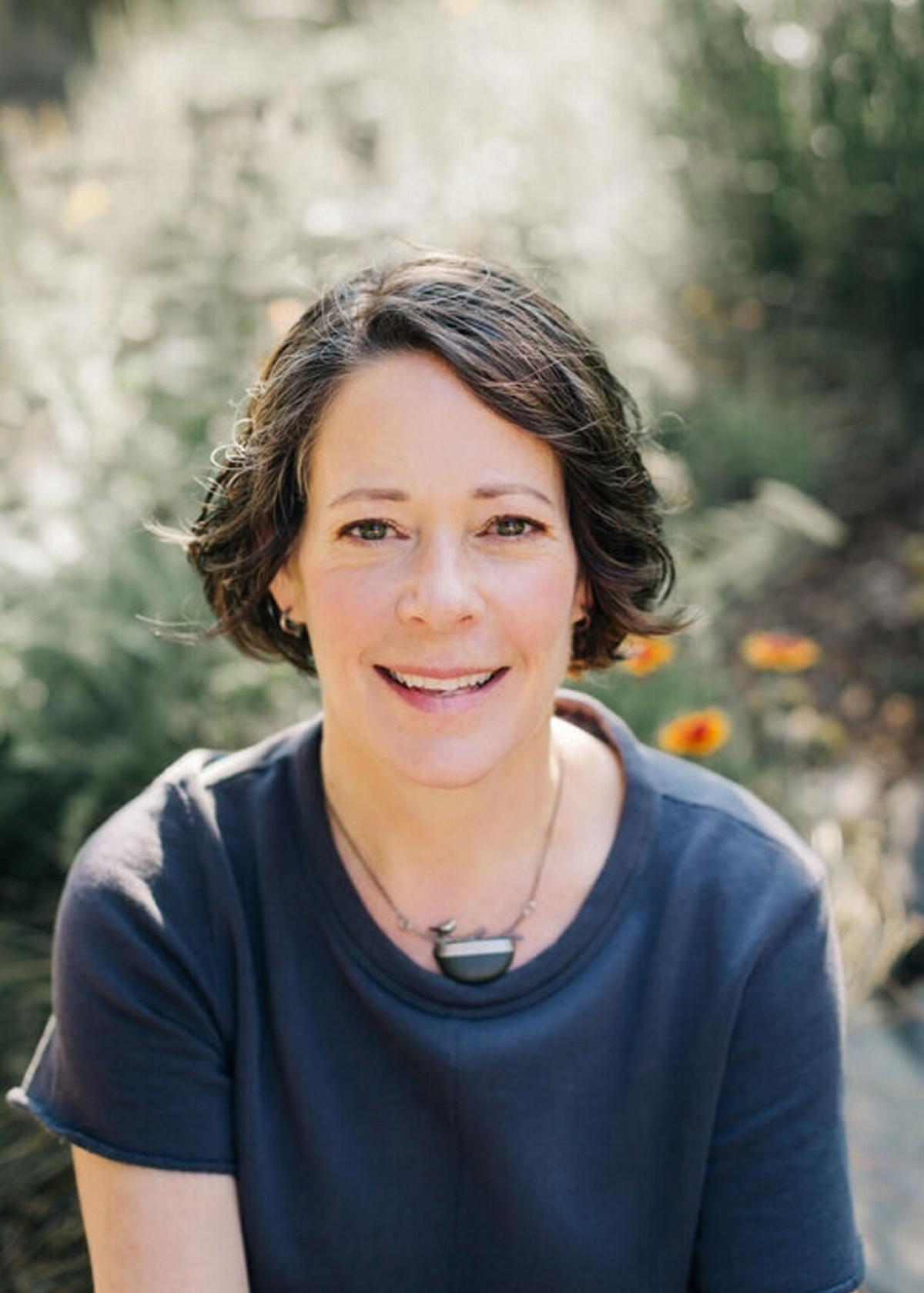 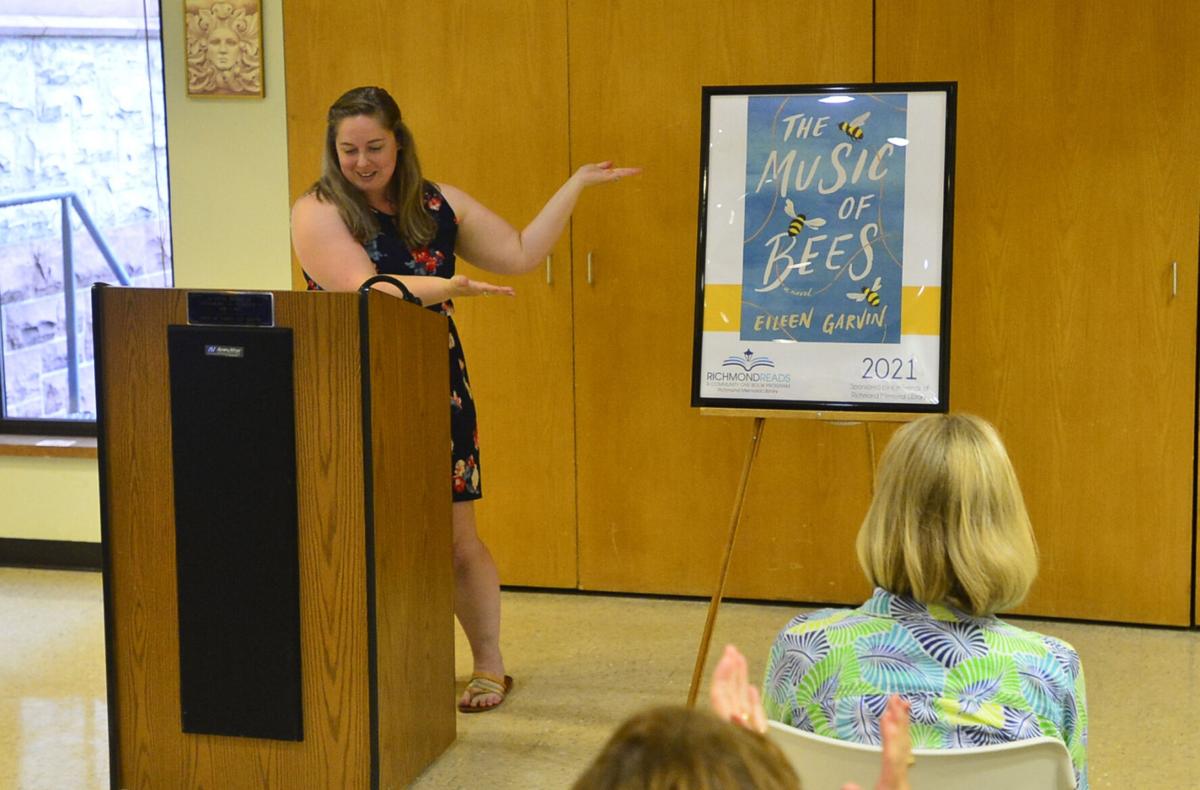 Mark Gutman/Daily News Samantha Stryker Basile reveals the title of the next book in the “Richmond Reads” community reading project during a Thursday night reveal event at Richmond Memorial Library, 19 Ross St. Batavia. The books is “The Music of Bees” by Eileen Garvin. 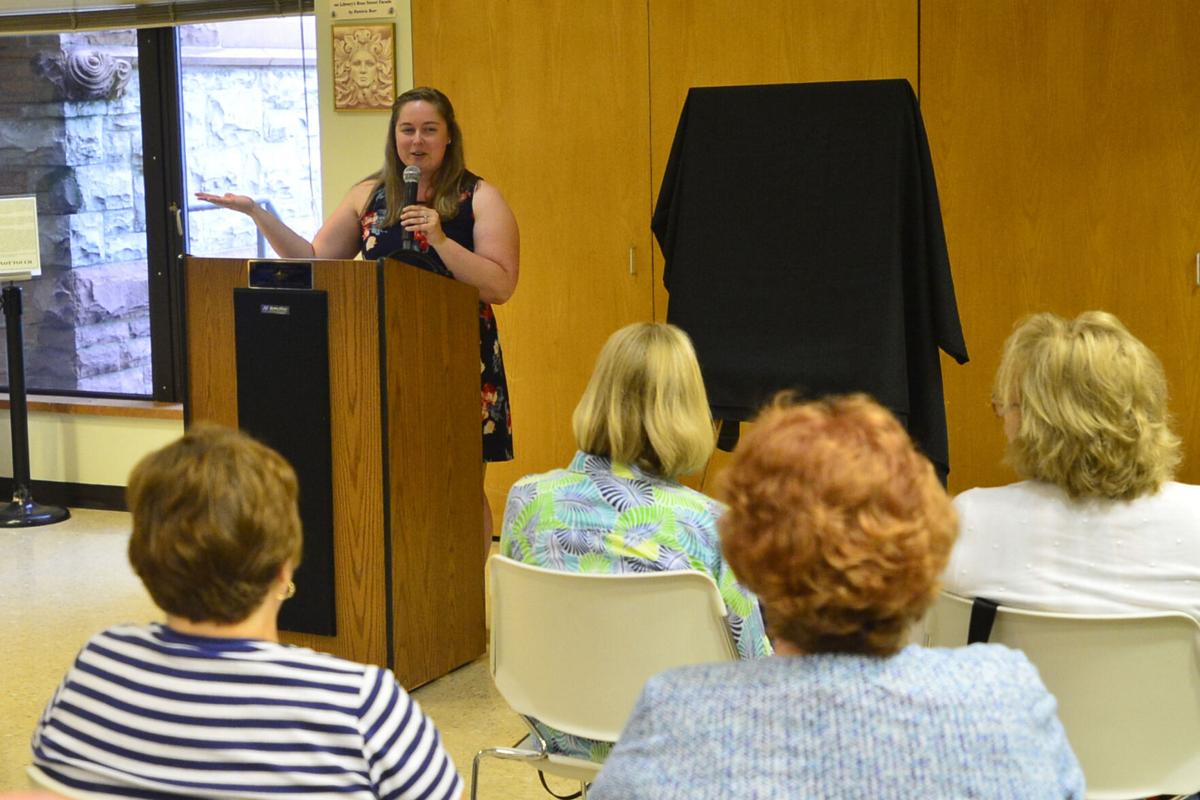 The cover of "The Music of Bees" by Eileen Garvin. The book is this year's pick in the "Richmond Reads" community reading project.

Mark Gutman/Daily News Samantha Stryker Basile reveals the title of the next book in the “Richmond Reads” community reading project during a Thursday night reveal event at Richmond Memorial Library, 19 Ross St. Batavia. The books is “The Music of Bees” by Eileen Garvin.

BATAVIA — The committee that organizes the “Richmond Reads” community reading project read a lot of books, looking for something that might pick people up after a challenging year.

“We’re all feeling worn down in the midst of the pandemic, and se we kind of went away from books that were more dramatic,” said Samantha Stryker Basile, community and adult services library for Richmond Memorial Library. Stryker Basile is also the coordinator for Richmond Reads.

On Thursday, the program revealed its 2021 selection: “The Music of Bees” by Eileen Garvin.

About 30 people turned out to the library to see the big reveal.

“We were kind of gravitating toward books that contained a note of hope and uplifting messages,” Stryker Basile said.

“The Music of Bees” has been national reading club picks and been recommended by a variety of publications. Garvin’s debut novel is a “Good Morning America” Buzz pick, A Good Housekeeping Book Club pick, IndieNext pick, LibraryReads pick, and is recommended b: People, The Washington Post, Woman’s World, NY Post, BookRiot, Bookish, Christian Science Monitor, Nerd Daily, The Tempest, Midwestness, The Coil and others.

At the center of “The Music of Bees” is 44-year-old Alice Holtzman. She is stuck in a dead-end job, bereft of family, and now reeling from the unexpected death of her husband. Alice has begun having panic attacks whenever she thinks about how her life hasn’t turned out the way she dreamed. Even the beloved honeybees she raises in her spare time aren’t helping her feel better these days.

In the grip of a panic attack, she nearly collides with Jake — a troubled, paraplegic teenager with the tallest mohawk in Hood River County — while carrying 120,000 honeybees in the back of her pickup truck. Charmed by Jake’s sincere interest in her bees and seeking to rescue him from his toxic home life, Alice surprises herself by inviting Jake to her farm.

And then there’s Harry, a 24-year-old with debilitating social anxiety who is desperate for work. When he applies to Alice’s ad for part-time farm help, he’s shocked to find himself hired.

As an unexpected friendship blossoms among Alice, Jake, and Harry, a nefarious pesticide company moves to town, threatening the local honeybee population and illuminating deep-seated corruption in the community. The unlikely trio must unite for the sake of the bees — and in the process, they just might forge a new future for themselves.

Garvin was born and raised in the Pacific northwest. She lives in Oregon and has been a freelance writer for more than 15 years, writing about travel, outdoor recreation and small business.

She is currently enrolled in the master beekeeper apprentice program with the Oregon State University extension service.

“Her interest in these fascinating pollinators lead to her first attempt at fiction,” Stryker Basile said.

“Richmond Reads” will also include an art program, a real discussion program focused on the theme of beekeeping and a visit by a Master Gardener who will present about a pollinator program.

“I want people to get the same note of hope we did (from the book),” she said.

“Richmond Reads” is a community reading program that began in 2019 at Richmond Memorial Library. Each year, a committee reads dozens of titles and selects a work of fiction to share with the community. Stryker Basile said the nice thing about the program is it brings people together who might not ordinarily come together.

Programs and discussions are then created around the selected title.

Prior selections include “Southernmost” by Silas House and “Nothing More Dangerous” by Allen Eskens.

Copies of “The Music of Bees” will be available for sale for $15, cash or check made out to The Friends of the Richmond Memorial Library, and the library will have plenty of copies to borrow. Copies will also be available to purchase at the library until the virtual author visit in October.

Excerpt from "The Music of Bees"