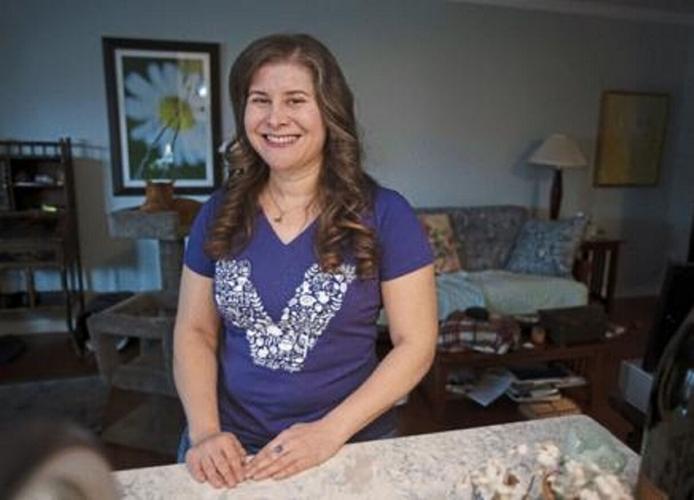 Rebecca Gilbert in her apartment on Dec. 31 in Pittsburg, Pa. TNS 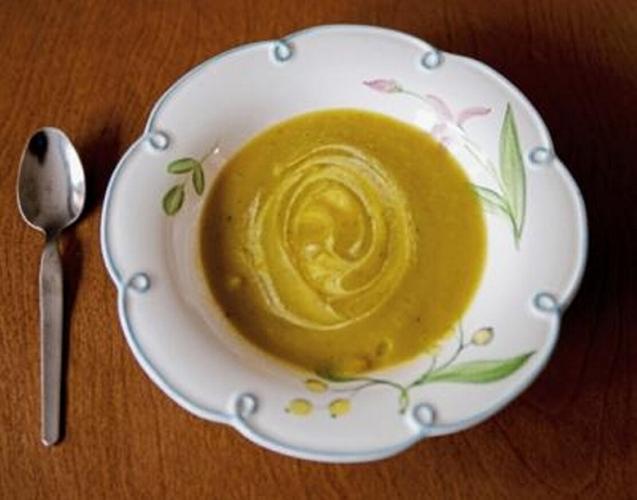 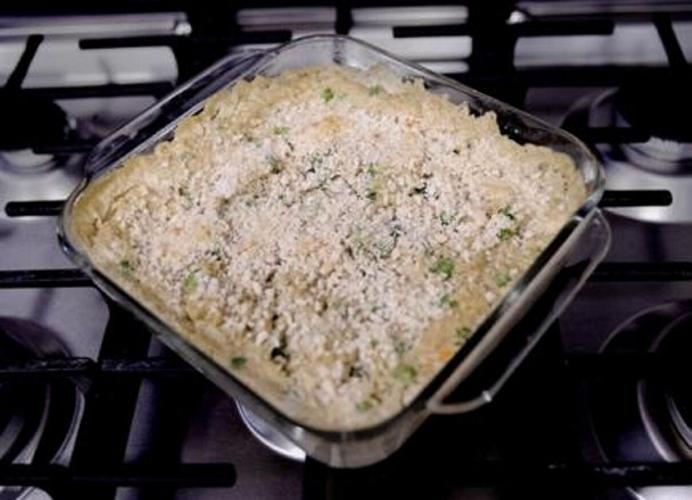 Rebecca Gilbert in her apartment on Dec. 31 in Pittsburg, Pa. TNS

PITTSBURGH — Rebecca Gilbert was a top-notch figure skater slated to perform throughout Europe when a debilitating knee injury derailed her career. Electrical stimulation therapy, steroid injections and an experimental surgery did nothing to improve her condition.

It was 1998, just before Google became a verb, when a web search led her to a Scandinavian study showing correlation between an improvement in chronic knee pain and a vegan diet.

“I decided the very next day to do it. I went cold tofurkey,” said Gilbert, 49, of Shadyside, Pa., who now partially makes her living by speaking and writing about that change in order to help others do the same.

For many, veganism — a diet that omits all animal products such as meat, dairy and even honey — is a pilgrimage toward a healthier lifestyle. It supports the immune system with antioxidants and phytochemicals. It reduces inflammation, conferring advantages for a host of autoimmune diseases. And it, along with other plant-based diets, has been shown to reduce the risk of heart disease, stroke and diabetes.

But given that an average American household consumes about 216 pounds of meat per year, there’s no denying that a vegan diet implies a major lifestyle change for most. That’s where Veganuary comes in.

Since 2014, the nonprofit organization Veganuary has aimed to capitalize on the spirit of New Year’s resolutions, rallying the vegan-curious to experiment with the diet for the month of January, though such a trial can occur at any time.

“For the majority interested in a vegan diet, it’s related to health,” said Leslie Bonci, a registered dietitian and owner of Active Eating Advice, who has worked with the Pittsburgh Steelers and Pirates, Kansas City Chiefs and Toronto Blue Jays. “Maybe it’s a health scare, heart disease or cancer, or it’s weight loss, though certainly not everyone loses weight,” she said.

For others, it’s a reaction to “shockumentaries” that peek inside the science of climate change or the world of factory farming. “They say, ‘I just can’t imagine eating anything with a face.’”

The American Dietetic Association views vegetarian and vegan diets — they’re handled in the same statement — as “healthful” and “nutritionally adequate” and recognizes their potential benefits against certain diseases. The group specifies that these diets are appropriate across the lifecycle, including childhood and through pregnancy, though only when “well-planned.”

For Bonci, that means making sure her clients actually like the foods they’ll now rely upon exclusively for nutrition: vegetables, fruit, nuts, seeds and beans. “It does take a little more work because a lot of plant-based foods, in their natural state, are bland,” she said. “Most people aren’t opening up a can of black beans and saying, ‘Oh my gosh, this is delicious!’ Flavor is what’s going to drive one’s ability to sustain it.”

Kelsey Hutter, an Allegheny Health Network registered dietitian and diabetes educator, recommends the “vegan food pyramid” to patients to keep them on track. “There are a lot of health benefits when you’re consuming more of this food pyramid with its unprocessed whole foods,” she said. “What tends to happen when patients go vegan is they get into all these processed meats and heavily processed foods and eat pretty poorly.”

Just like omnivores, vegans who consume many processed or empty-calorie foods, like chips or sweets, run the risk of nutrient deficiencies. But even the most meticulous vegans should consider a supplement, she said.

“When you go on a vegan diet, one of the issues is there isn’t enough vitamin B-12,” Hutter said. Animal products, including dairy, are natural sources of vitamin B-12, and some commercial products like breakfast cereals are fortified with it, but it is not found in plant foods. Without it, one might experience nerve damage and tingling, anemia, muscle weakness and more.

Hutter recommends a visit with your doctor to determine your baseline level of B-12 and an appropriate supplement given your age, gender and other considerations.

Those who avoid animal products also have to make sure to get enough protein, iron, fat and zinc.

“It’s not just what you’re taking away, it’s what are you swapping it for?” Bonci said. “You can certainly live without animal products, but you have other needs.”

Having started a vegan diet in the late 1990s, Gilbert knows the hurdles — and the payoffs — well. Five weeks after adopting the diet, her knee pain subsided, allowing a recreational return to ice skating. She acknowledges that her reaction to the dietary change does not represent everyone’s, but she uses her experience to guide others through speaking engagements, her website, yummyplants.com, and her book, “It’s Easy to Start Eating Vegan.”

“It’s not as hard as it seems, but that first step can be very overwhelming,” Gilbert said.

“Make a list of what you normally eat for breakfast, lunch and dinner,” she tells novice vegans, including those giving Veganuary a go. “Go buy vegan swaps for those things because when you’re eating foods that are familiar to you, it’s a lot easier to make a change.”

To avoid snacking on vegan junk food in her own kitchen, she washes celery stalks, smears peanut butter across them and refrigerates them in a covered container along with carrot sticks and other healthy munchables.

She recommends keeping cooked grains on hand and a bunch of roasted vegetables, which can easily be thrown together with beans and maybe fresh cilantro, some vegan cheese and avocado for a quick meal that checks several boxes on the vegan pyramid.

Though Veganuary advocates for a full vegan diet for 30 days, such a sudden shift may not work for everyone.

For people who have struggled with eating disorders in the past and are thinking about trying vegan diets, both Bonci and Hutter advise caution. They said they would be concerned that any restrictive diet, including ruling out all animal products, could be too extreme for those who are vulnerable to disordered eating, and might trigger a recurrence. They also stay aware of a client’s financial position, since a vegan diet can become expensive without additional careful planning.

Hutter sees benefits to a step-wise approach, becoming a vegetarian first while taking time to research foods, recipes and nutritional balance before taking the vegan plunge.

When Gilbert made the change to veganism, it was estimated that fewer than 1% of Americans followed a vegan diet. It’s difficult to know how many people are vegan, but current estimates suggest it has grown to about 3% to 6% of the population now. Ms. Gilbert said she views any moves toward less animal-dependent diets, not just veganism, as progress.

“As we take our steps on this journey, go at your own pace.”