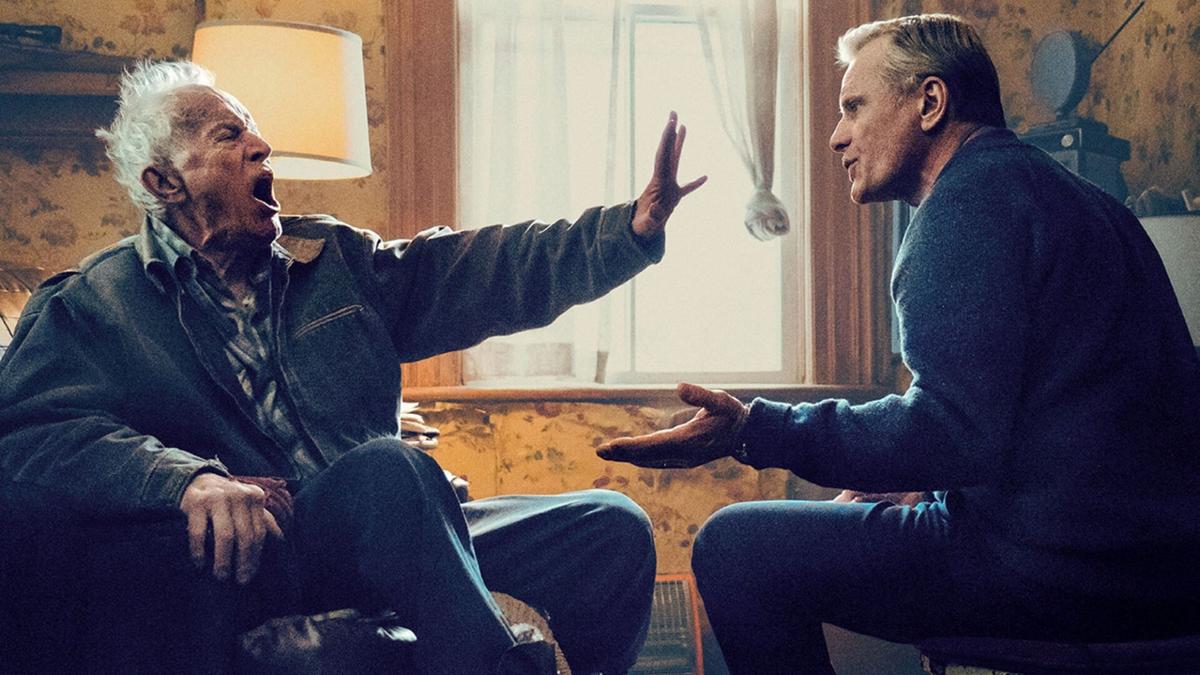 Viggo Mortensen, right, and Lance Henriksen star in a scene from “Falling.” They play father and son. Perceval Pictures 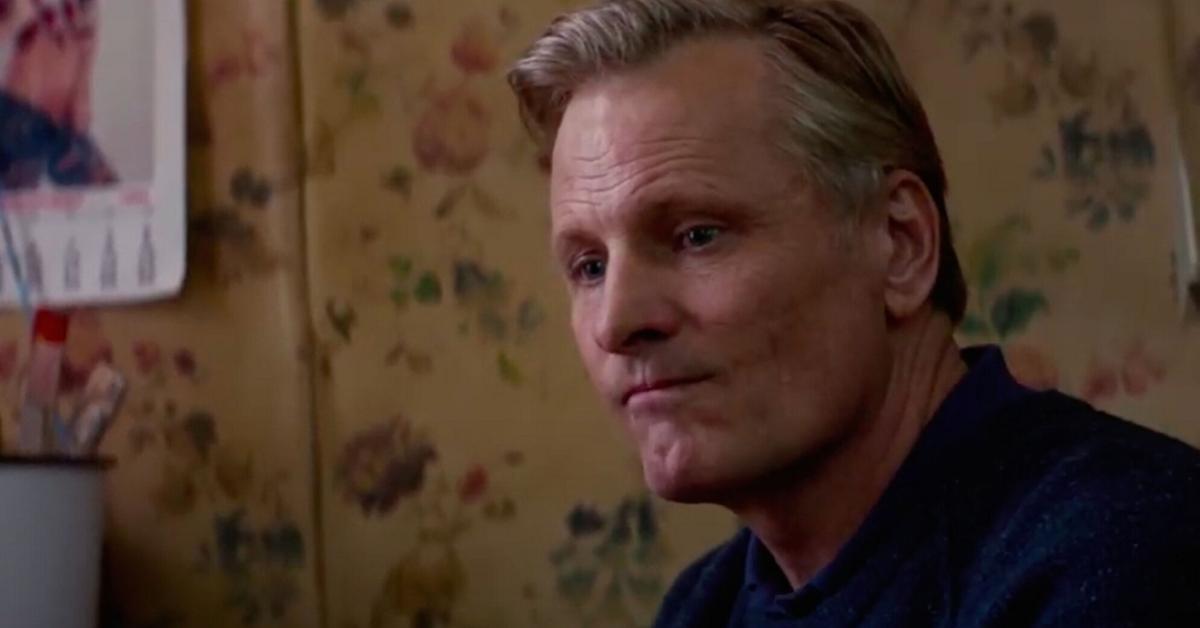 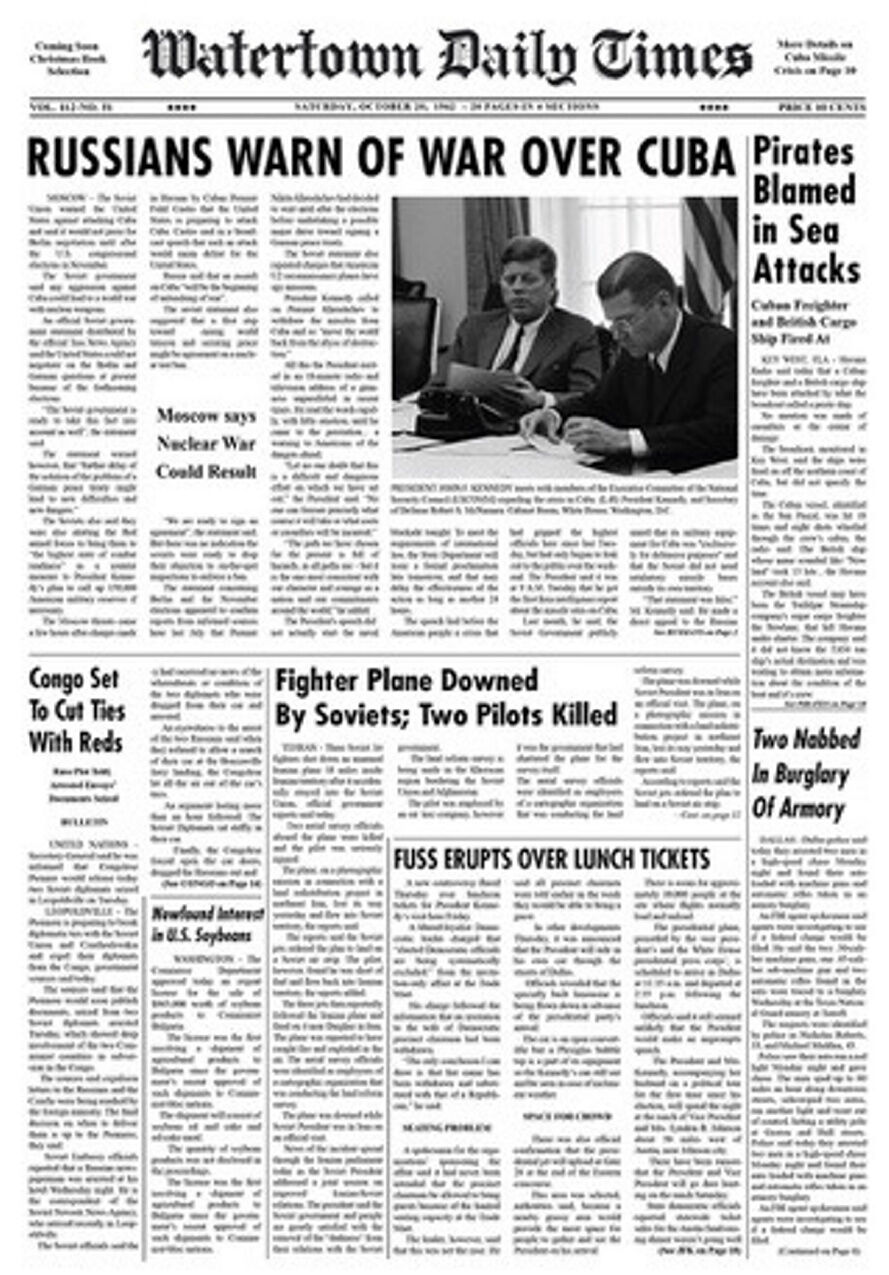 A modified copy of a Watertown Daily Times issue from 1962 makes a cameo in “Falling.” Courtesy Carol Spier

Viggo Mortensen, right, and Lance Henriksen star in a scene from “Falling.” They play father and son. Perceval Pictures

A modified copy of a Watertown Daily Times issue from 1962 makes a cameo in “Falling.” Courtesy Carol Spier

Viggo Mortensen’s new film, which arrived in theaters and on streaming services on Friday, is a first for him.

In “Falling,” Mr. Mortensen, a 1976 graduate of Watertown High School and 1980 graduate of St. Lawrence University, Canton, makes his debut as a writer/director.

“Falling” made its debut last winter at the Sudance Film Festival and was released in Europe last year. After its debut, John DeFore of The Hollywood Reporter called it, “a masterful family drama taking a compassionate view of a father whose faults are impossible to ignore.”

“Falling” explores the fractures and contrasts of a contemporary family and was released through Perceval Pictures, an independent film company founded by Mr. Mortensen. Part of it was shot in northern Ontario.

Explaining the origins of the film in a post on the Perceval website, Mortensen wrote that the idea for “Falling” came to him as he was flying across the Atlantic Ocean after his mother’s funeral.

His mom, Grace “Gay” Atkinson Wright, died April 25, 2015, at the age of 86 in Watertown. She was born in Watertown and earned a degree from the Emma Willard School in Troy, and a liberal arts degree from Pine Manor College, Chestnut Hill, Mass., in 1948.

Mortensen’s father, V. Peter Mortensen, Cape Vincent, died in 2017 at the age of 87. The elder Mortensen was born in 1929, in Snekkerup, Vigersted parish, Denmark. According to his obituary, he earned a college degree in agriculture and completed his military service as a Royal Guard in Copenhagen before moving to Oslo, Norway. There he met Atkinson, who was working at the American Embassy at the time. They were married in Watertown in 1954. V. Peter Mortensen, a gifted athlete, would later earn a business degree from Massachusetts’ Babson College in 1957 and become a life-long entrepreneur. V. Peter and Grace separated when Viggo, 62, was age 11 and his brothers ages 8 and 6.

“I couldn’t sleep; my mind was flooded with echoes and images of her and our family at different stages of our shared lives,” Mortensen wrote on the Perceval site about that plane trip after his mom’s funeral.

“Feeling a need to describe them, I began to write down a series of incidents and snippets of dialogue I recalled from my childhood. The more I wrote about my mother, the more I thought of my father. By the time we landed, the impressions I’d been writing down had evolved to include conversations and moments that had not actually happened, parallel story lines that felt right somehow, that widened my perspective.”

The separation of his mom and dad, Mortensen, wrote, was “acrimonious.”

“He came to my mother’s funeral in spite of having barely been on speaking terms with her for the previous 45 years, and surprised me by coming to the reception and staying until most of the guests had left. He was in the early stages of dementia at that point, so I stayed close to him that day. My brothers did the same.”

The official synopsis of “Falling”:

“John (Viggo Mortensen) lives with his partner, Eric (Terry Chen), and their daughter, Mónica (Gabby Velis), in California, far from the traditional rural life he left behind years ago. John’s father, Willis (Lance Henriksen), a headstrong man from a bygone era, lives alone on the isolated (upstate New York) farm where John grew up. Willis’s mind is declining, so John brings him west, hoping that he and his sister, Sarah (Laura Linney), can help their father find a home closer to them. Their best intentions ultimately run up against Willis’s angry refusal to change his way of life in any way.”

Falling,” Mortensen wrote, is “a story about acceptance and forgiveness. A story about falling from grace and falling in love.”

He noted that the movie isn’t meant to draw parallels to the polarized state of affairs in America:

“That is, in part, why the story is set in the winter of 2009, long before the presidency of Donald Trump and the upsurge of socio-cultural divisiveness it has fueled.”

Some pages from the Watertown Daily Times, parent paper of The Daily News, have cameos in the movie. Filmmakers contacted the Times with a request to provide copies of certain dates of the paper.

Carol Spier, production designer for “Falling,” said that one newspaper was used in a scene which takes place in 1962 in the Peterson farmhouse. Willis enters the kitchen carrying the newspaper and makes a comment about President Kennedy in regards to the Cuban Missile Crisis situation.

The newspaper was used again in a scene which takes place in 2009, again in the Peterson farmhouse kitchen. Willis is sitting at the kitchen table working on a crossword puzzle.

Spier said that certain modifications had to be made to the issues for clearance purposes.

Mortensen is best known for his role as Aragorn in the fantasy adventure trilogy, “The Lord of the Rings” (2001–2003). His film debut was a small role in the 1985 thriller, “Witness” starring Harrison Ford. His official IMDB filmography lists more than four dozen film credits.

n WHERE TO WATCH : Available through online streaming services and in selected theaters.

n TRIVIA: According to IMBD, “The scenes of the dead duck and the snake were real incidents from writer/director Viggo Mortensen’s youth. He told the stories over a couple of visits to ‘Late Show with David Letterman’ (1993).”