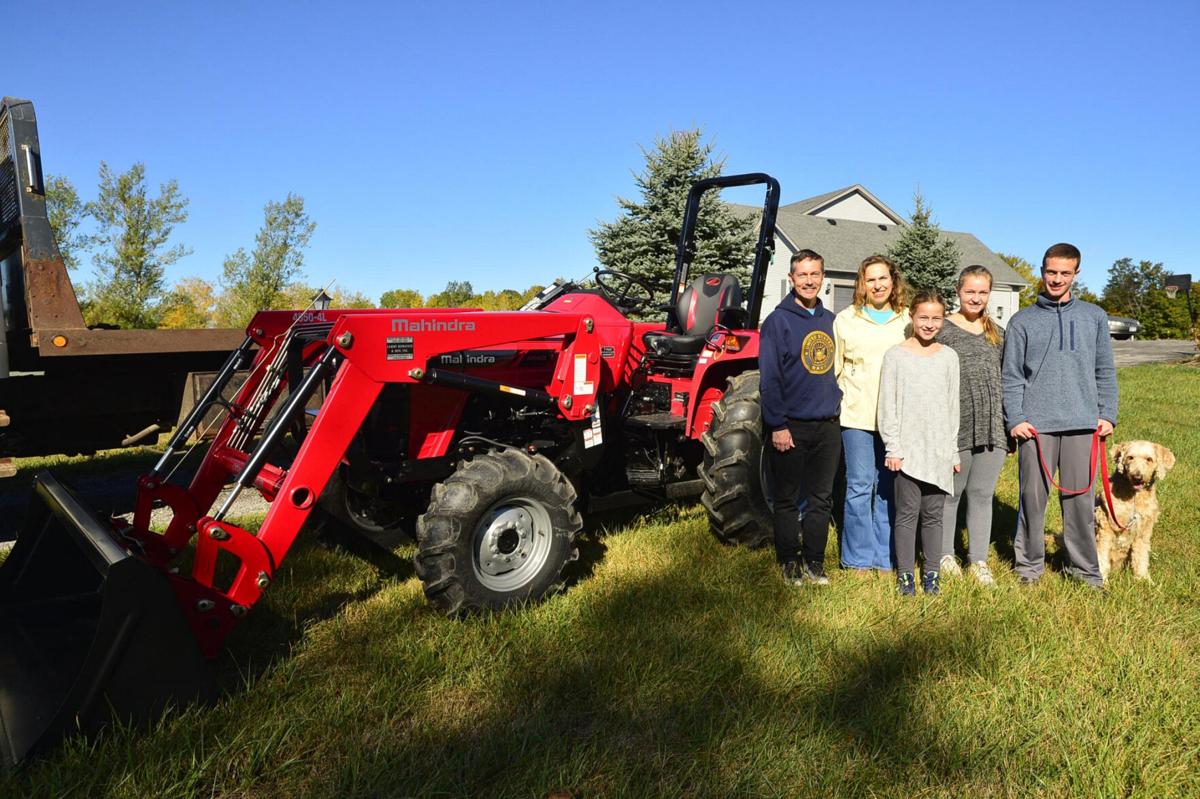 Mark Gutman/Daily NewsTimothy Clark stands next to his new Mahindra Tractor. His family is at right and includes his wife, Sarah; daughters, Grace and Katie; his son, Noah; and their dog, Cara. 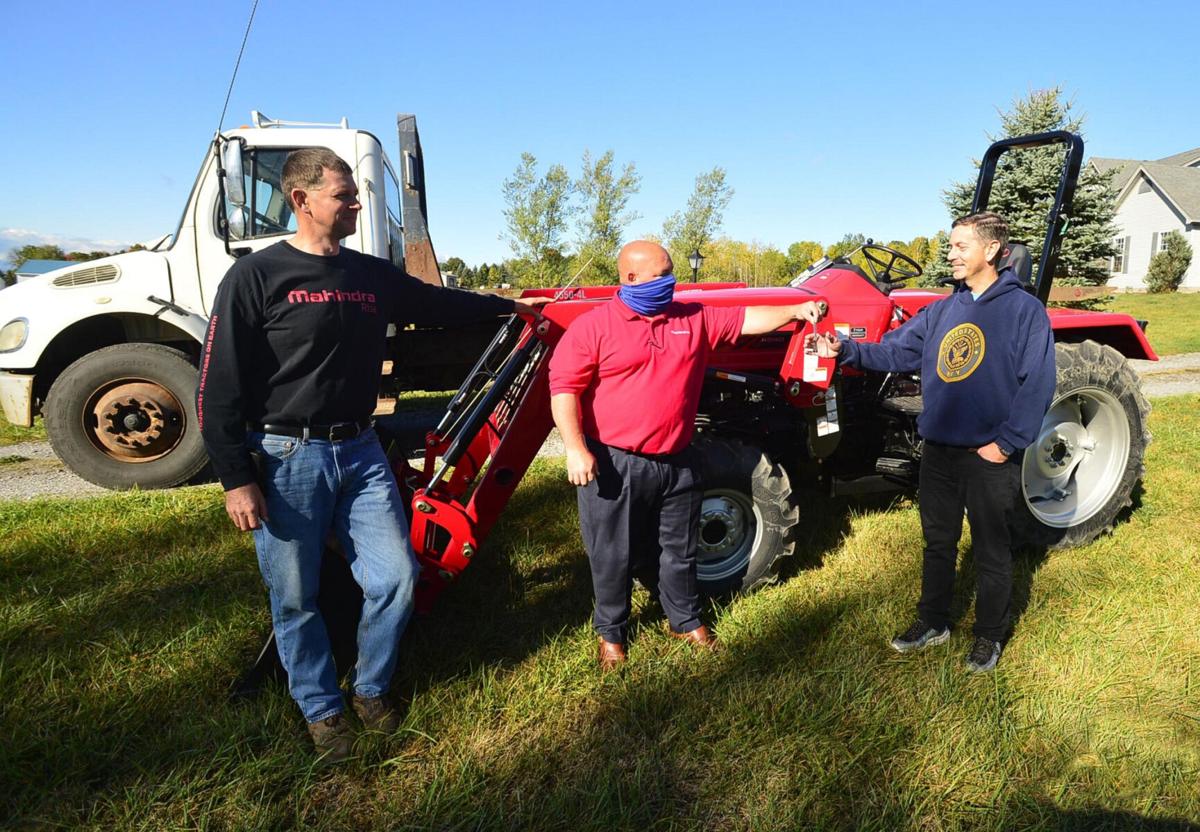 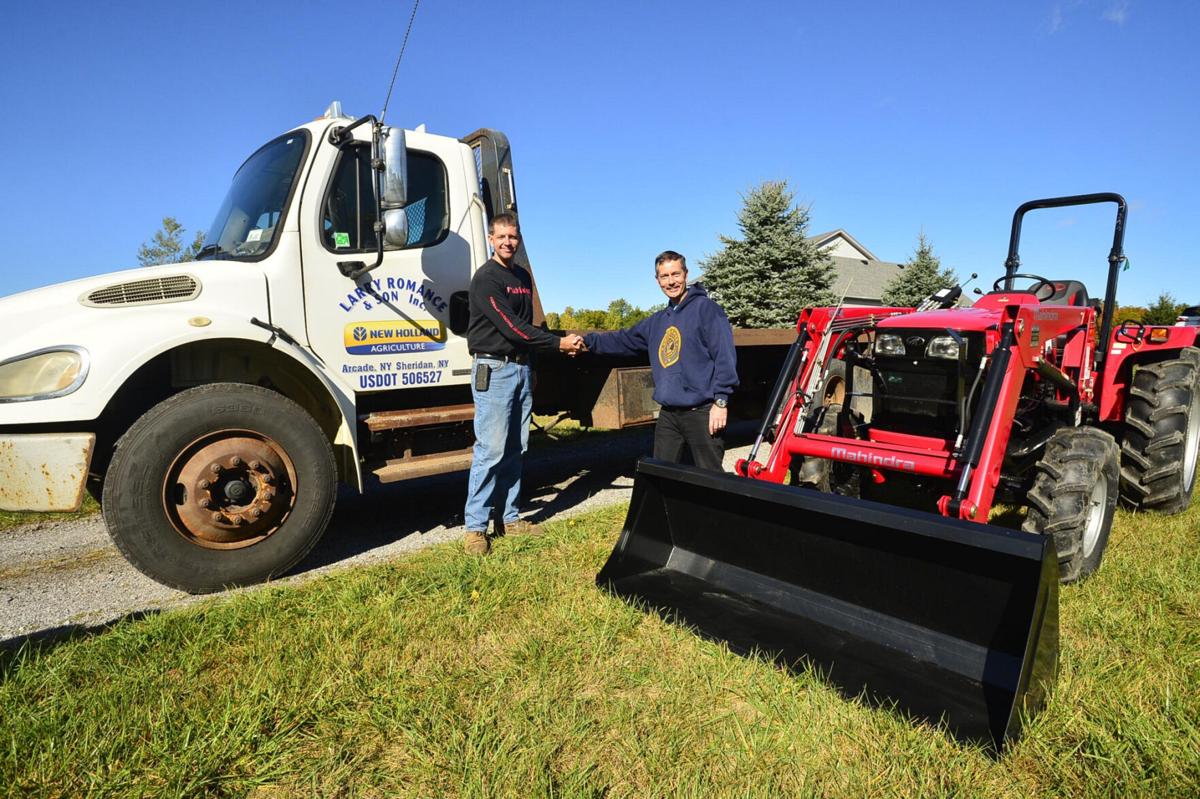 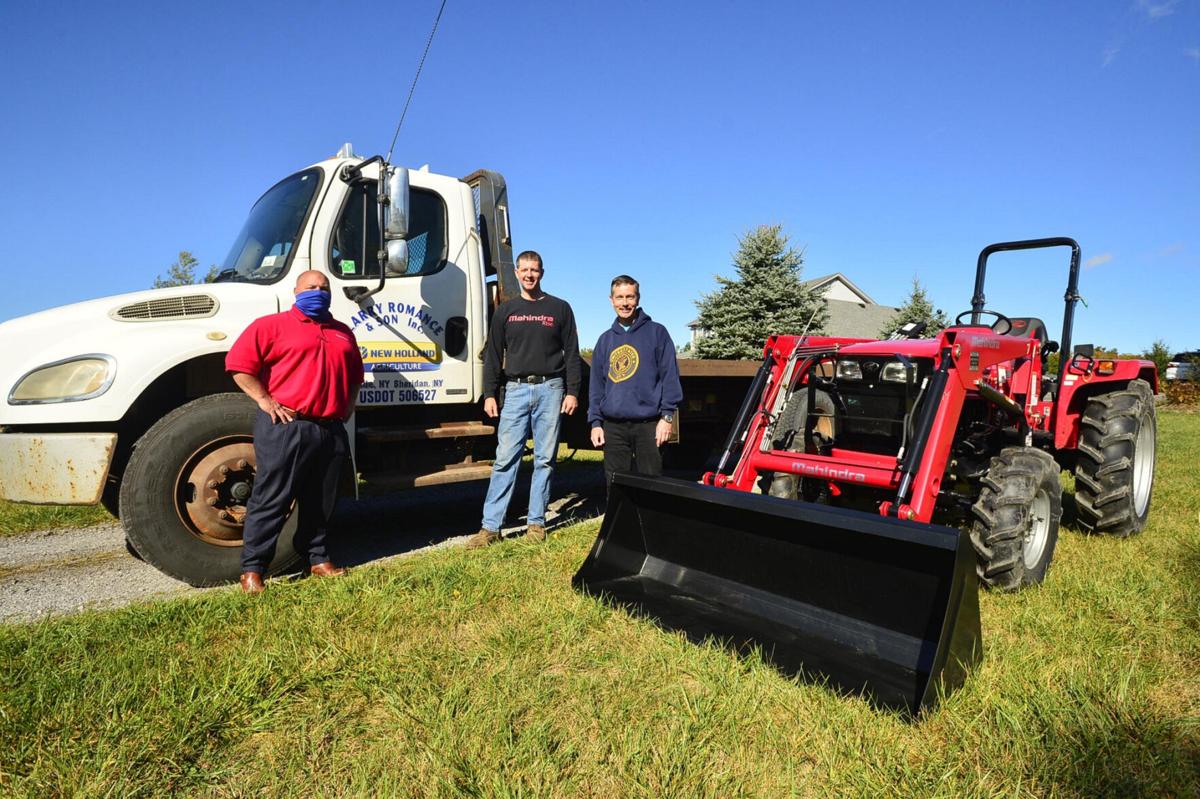 Mark Gutman/Daily NewsTimothy Clark stands next to his new Mahindra Tractor. His family is at right and includes his wife, Sarah; daughters, Grace and Katie; his son, Noah; and their dog, Cara.

SWEDEN — At 10:30 Thursday morning, Tim Clark climbed aboard a brand new Mahindra bucket tractor and took his first jaunt around his 11-acre yard on Reed Road.

Clark, 49, said he sure could use a new tractor, with a vast yard, chickens and horses.

The best thing about it, is that the tractor was free.

The giveaway recognizes all active and veteran military members and is annually done around the July 4 holiday.

So how did Clark win?

His wife, Sarah, nominated him and on July 6, his name was selected in a random drawing from more than 8,000 other nominees.

“I listen to Rush a lot and I knew they did this giveaway every year,” Clark said. “It’s pretty cool. I never won anything this big before.”

Clark, his wife, and three children, Noah, 15, Katie, 13, and Grace, 10, live on a sprawling property where their house sits far back from the road. The house is near the Bergen town line.

Clark joined the Navy in 2002 and served as a physician assistant at Goose Creek, S.C., Weapons Station. He was honorably discharge and now works as a P.A.

Andrew Aloisi, business manager for Mihandra, presented Clark with the keys to the tractor.

The tractor arrived on a flatbed truck from Larry Romance & Son, Inc. equipment dealer in Arcade.

Justin Romance said the company was formed by his grandfather, an Army Air Corps veteran, in 1952. Clark is the first winner from New York.

Mihandra is the top-selling farm tractor company in the world. It was founded in India in 1945 and has five assembly plants in the United States.