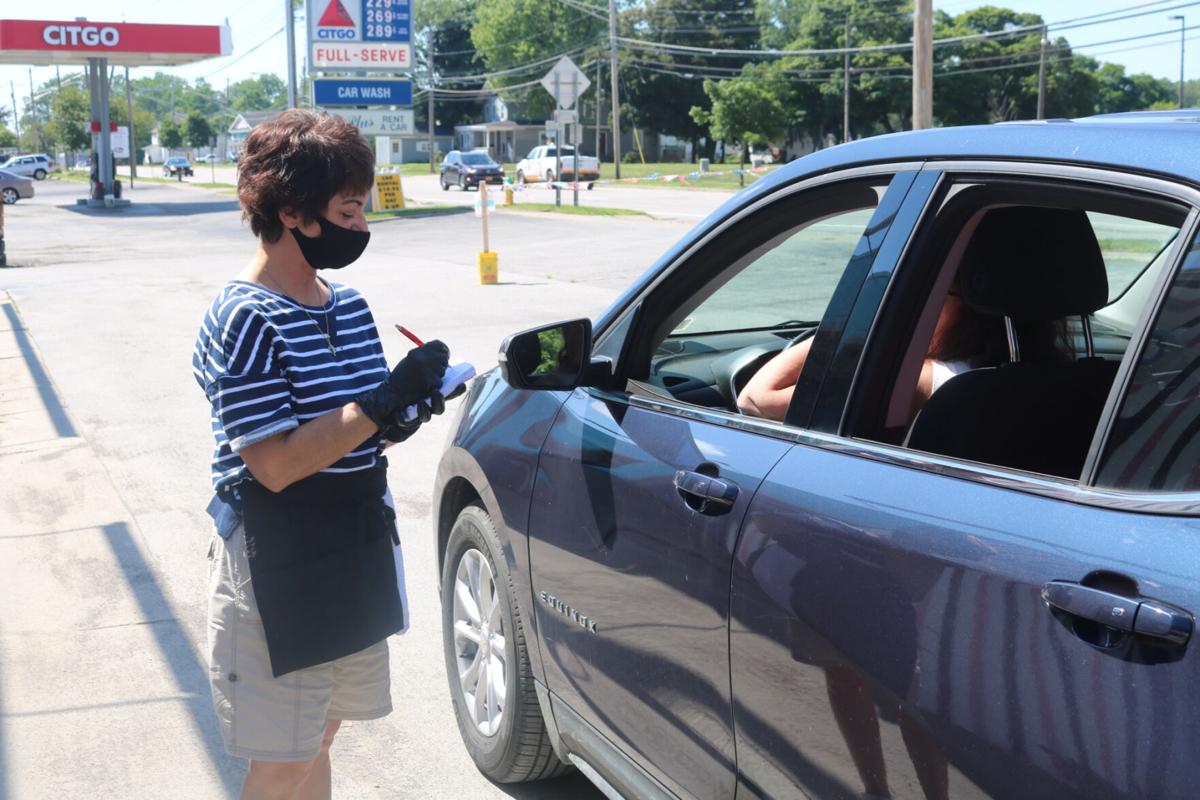 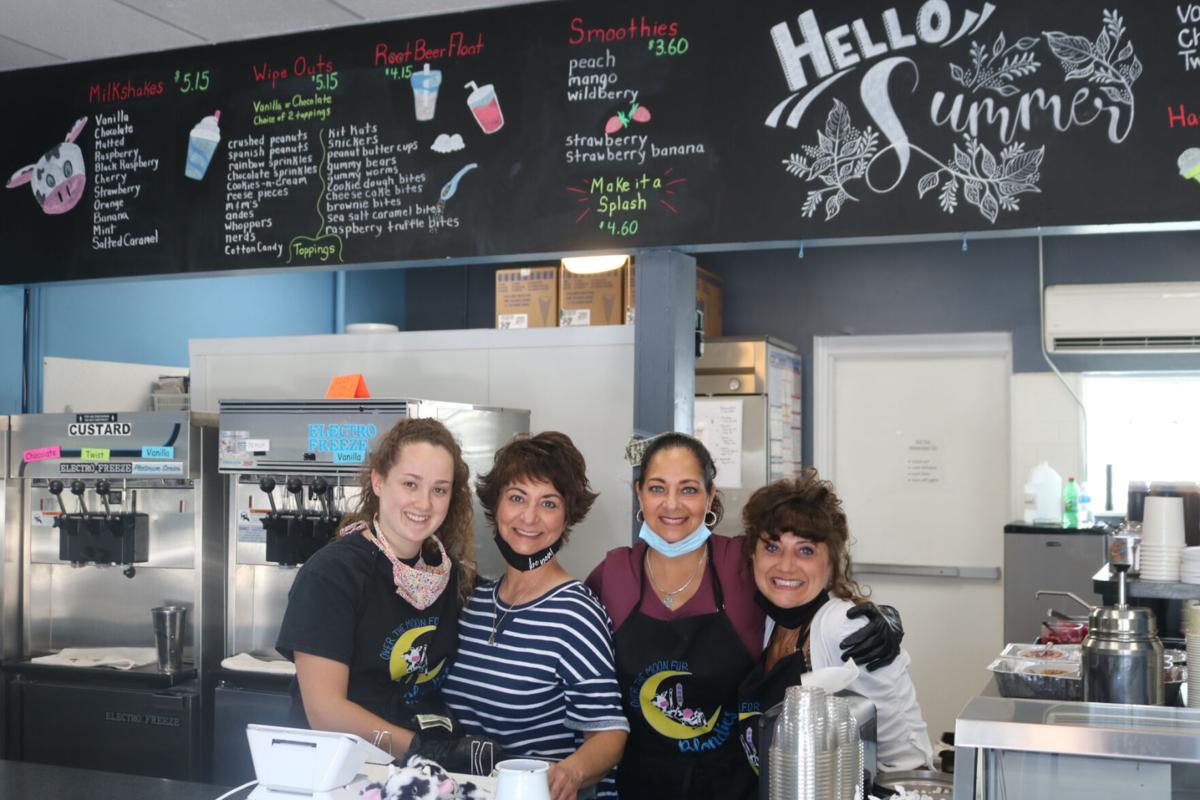 BATAVIA — An ice cream cone probably couldn’t hurt on a weekend with temperatures expected to be around 90 degrees.

Blondies Sip-n-Dip, 670 E. Main St., now under the ownership of Andy and Laura Pedro, doesn’t have the space inside the shop to let customers in under COVID-19 health and safety guidelines, but they can park and go to a walk-up window to order something or stay in their vehicle, go around the building and wait at the front for an employee to take their order and bring it out.

The Pedros bought Blondies in December from longtime owners Ann and Greg Miller. Laura and Andy planned to open in March, but didn’t know if they’d be able to when the COVID-19 pandemic hit and restrictions went into effect.

“We opened at the end of March. Because people couldn’t come in, we opened the side window (for walk-up customers),” Laura Pedro said Friday.

Those who choose to park and use the window can eat at one of the socially distanced benches.

“They usually go into the parking lot and eat or sit on the benches and eat,” Laura said. “It’s all Hershey’s products when it comes to the hard ice cream. We serve four different custards. We also have Dole Whip (soft-serve ice cream), which is lactose-free.

“Cappuccino Crunch is one of our most popular ones,” she said of the hard ice cream flavors. “We have flavors of the week on Dole Whip and the custard. I clean the machines once a week and switch out the flavors.”

Laura said they altered the inside of Blondies to open things up a little more so customers, when they’re allowed to come into the shop someday, will be able to see all the products and how the employees put everything together.

“People want to see what you’re doing. I think it makes people feel good to see that everything is in clean jars, clean spoons ...” she said.

Andy said Blondies serves generous portions of a variety of ice cream milkshakes, sundaes, wipeouts and more. It’s open from 11:30 a.m. to 9 p.m. Monday through Saturday and 1 to 9 p.m. on Sunday and accepts credit cards. The phone number is (585) 409-8519. Blondies is on Facebook and Instagram as well.

“I try to incorporate fresh-baked goods,” she said, mentioning brownies and strawberry shortcake biscuits, for example.

“We’re working on other stuff, too,”: Lisa and Laura said.

Ice cream cakes are not an option, unfortunately.

“A lot of people have called for cakes, but we don’t have room for cakes,” Laura said. “We need more refrigerator space and freezer space, but right now, it’s not going to happen.”

Lisa Pullinzi’s daughter, Connie, designed the Blondies logo, which includes the words, “Over the Moon for Blondies.”

“My theme is cows, because cows make milk. Except for Dole Whip, most ice creams are made of milk,” Laura Pedro said.

Blondies has some plastic gift cards available for purchase, although the ice cream shop has gone through a lot of them already.

“We sold probably 300 of them and we only got them a couple of months ago,” Laura said.