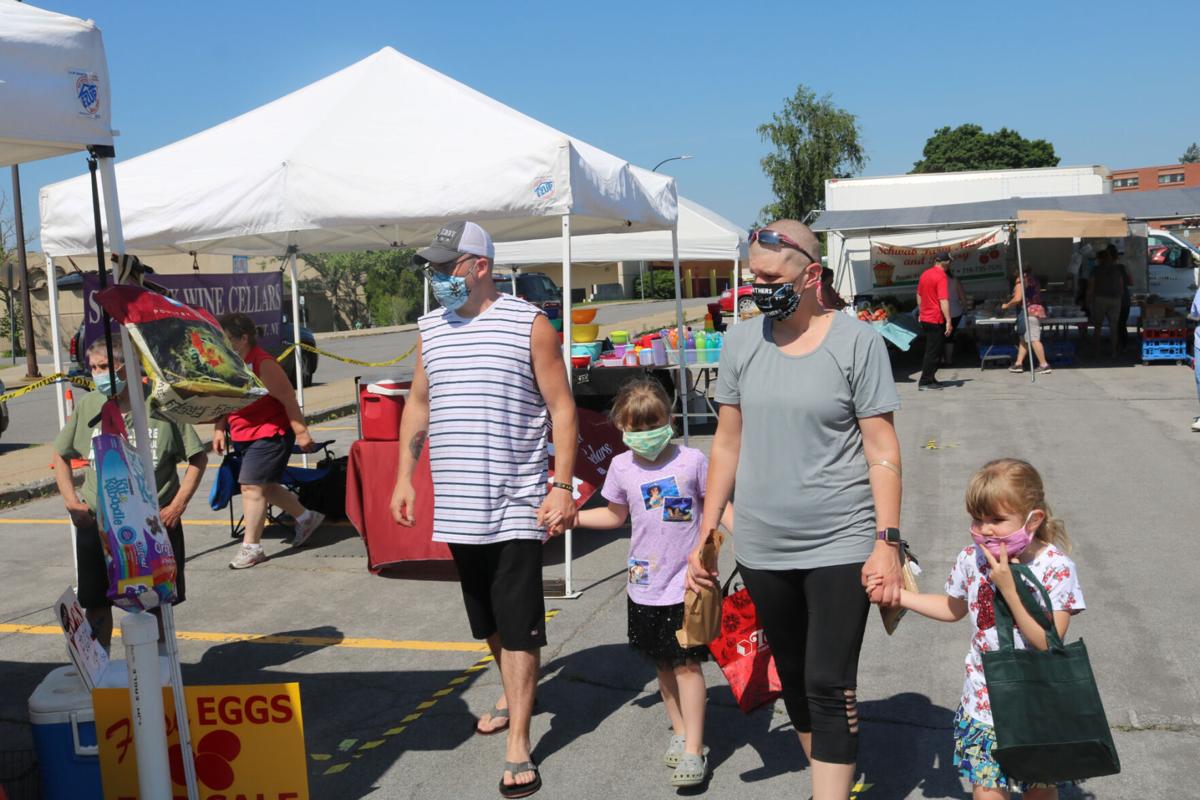 BRIAN QUINN/DAILY NEWSKurtis and Amanda Worthington of Corfu walk around with their daughters, Kaedence, 6, and Sierra, 4, at the market Friday. 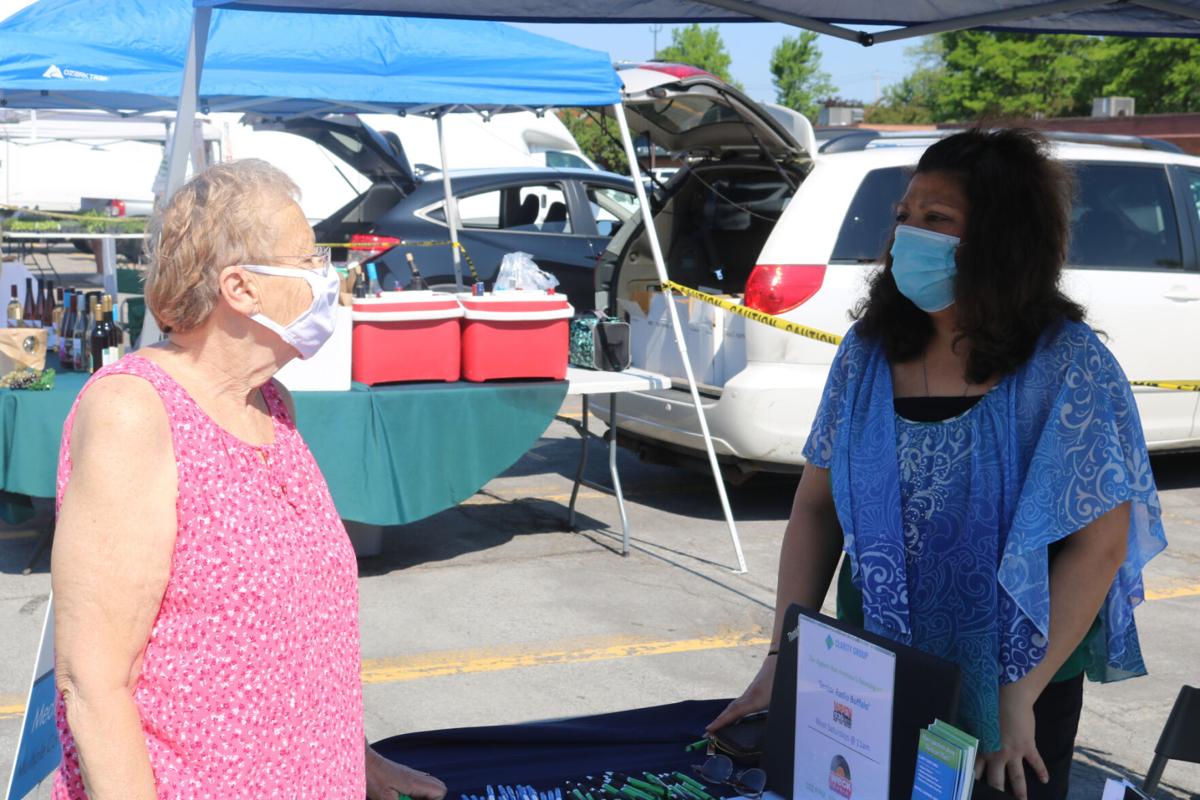 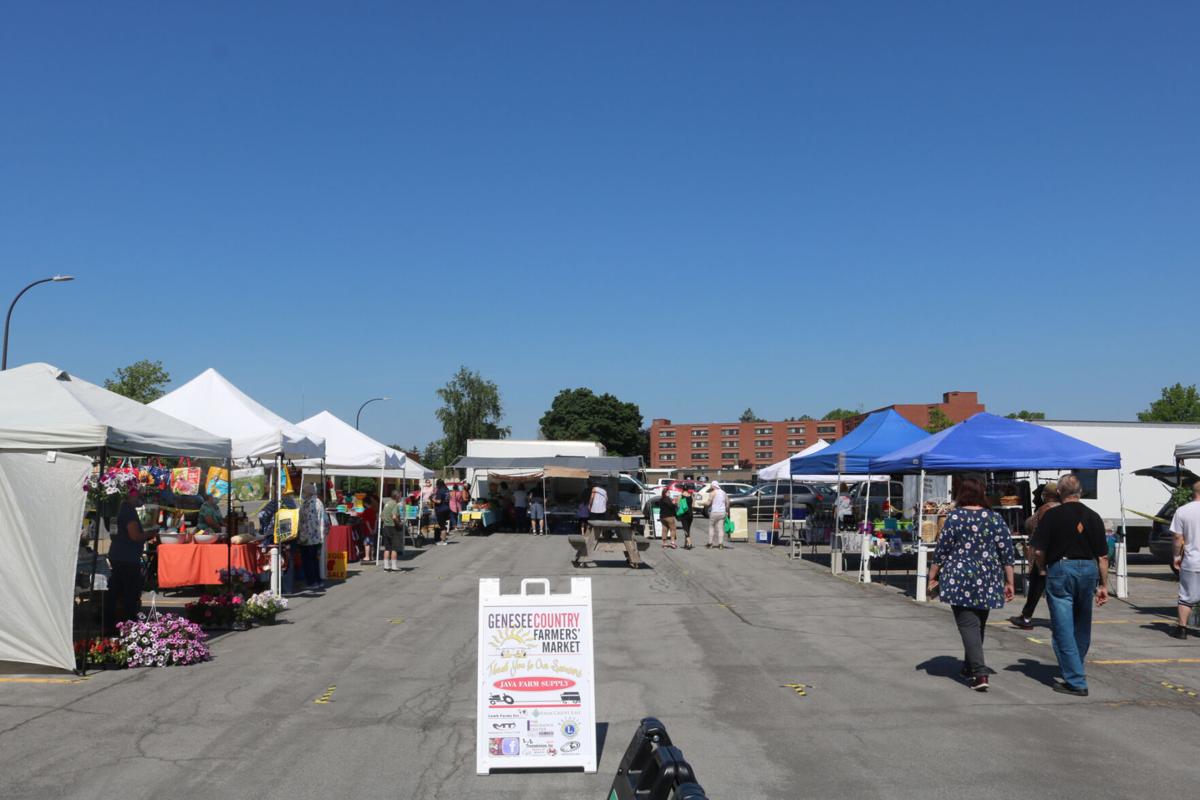 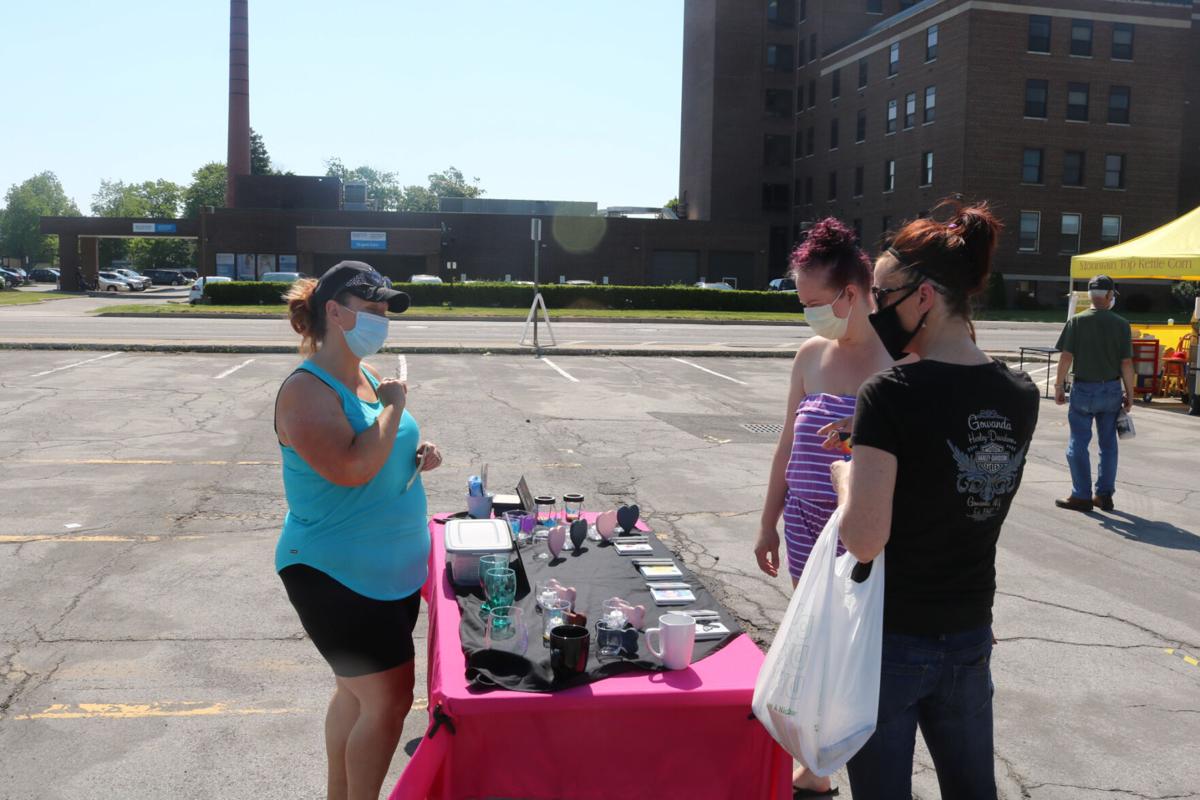 BRIAN QUINN/DAILY NEWS At the table for Tag/It, vendor Rene Holstien chats with Jessica Heizyk of Batavia, background, and Jennifer Woodward of Byron.

BRIAN QUINN/DAILY NEWSKurtis and Amanda Worthington of Corfu walk around with their daughters, Kaedence, 6, and Sierra, 4, at the market Friday.

BRIAN QUINN/DAILY NEWS At the table for Tag/It, vendor Rene Holstien chats with Jessica Heizyk of Batavia, background, and Jennifer Woodward of Byron.

BATAVIA — With the sun beating down Friday morning, customers made their way down one row of vendors as they entered and past another row on their way to the exit.

Twenty-four vendors were scheduled to be present as the Genesee Country Farmers’ Market saw its first day of 2020 at Bank Street and Alva Place.

“People are very enthusiastic ... about being able to get outside again. Everybody’s doing well — wearing their masks, keeping their social distancing. I think it’s a good day,” new Market Manager Wendy Rath said. “I think people are still just going to slowly come out, but we’ve got the rest of the day. It’s (the turnout) about what I would expect.

“A lot of things aren’t in season yet. As we get into pickles and tomatoes and things like that, then I would expect it to pick up.”

The market manager said there was only one woman she had to speak to for coming into the market without wearing a mask. The county Office of Emergency Management had given the market a supply of masks and hand sanitizer, Rath said.

Among those who were browsing were Jessica Heizyk of Batavia and Jennifer Woodward of Byron.

“I try to come every couple of weeks,” Heizyk said. “The first day, we wanted to check it out.” Woodward said, “It’s more of a variety. There’s fruit and stuff, but there’s a variety of things. It’s not just fruits and vegetables.”

Rene Holstien of Batavia, was manning a table for Tag/It, a business which features personalized items and canvass paintings for sale, said she was a new vendor to the market. She said Tarah Bischoff of Batavia is also involved with Tag/It.

“When I got put out of work temporarily, I just decided to do it,” Holstien said when asked how she joined the market. “You fill out an application and send it in, and they give you a call back when things get approved.”

Holstien said Friday morning that things were going pretty well. She had one sale and some inquiries about the items she had.

“At least 75 percent have stopped by and at least looked,” she said.

On their way out after spending roughly 15 to 20 minutes at the market were Mike and Deb Hilton of Akron.

“I came specifically to buy some soap. I thought we would come out first thing, avoid the crowd. I’ve bought soap from Harper Hill Farms,” Deb Hilton said. She said she saw a post on the Harper Hill Facebook page that it would be there for the first day of the market.

Mike Hilton said he and Deb have been here before. As to any concerns about COVID-19, he said, “We didn’t have any issues out here at all, as long as everybody wears their masks. They (the vendors) have signs, which is good.”