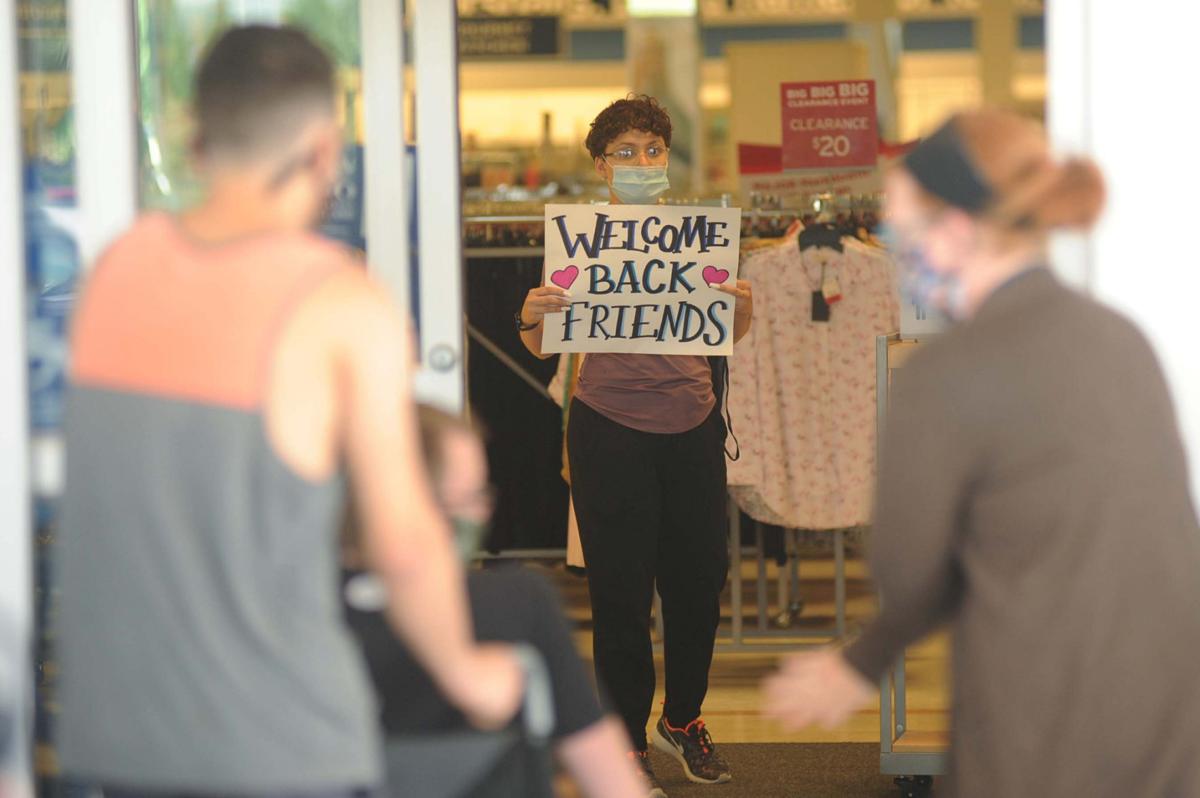 Mark Gutman/Daily NewsAn employee at Marshalls in Batavia holds up a welcome back sign for patrons that enter the store on Thursday afternoon. 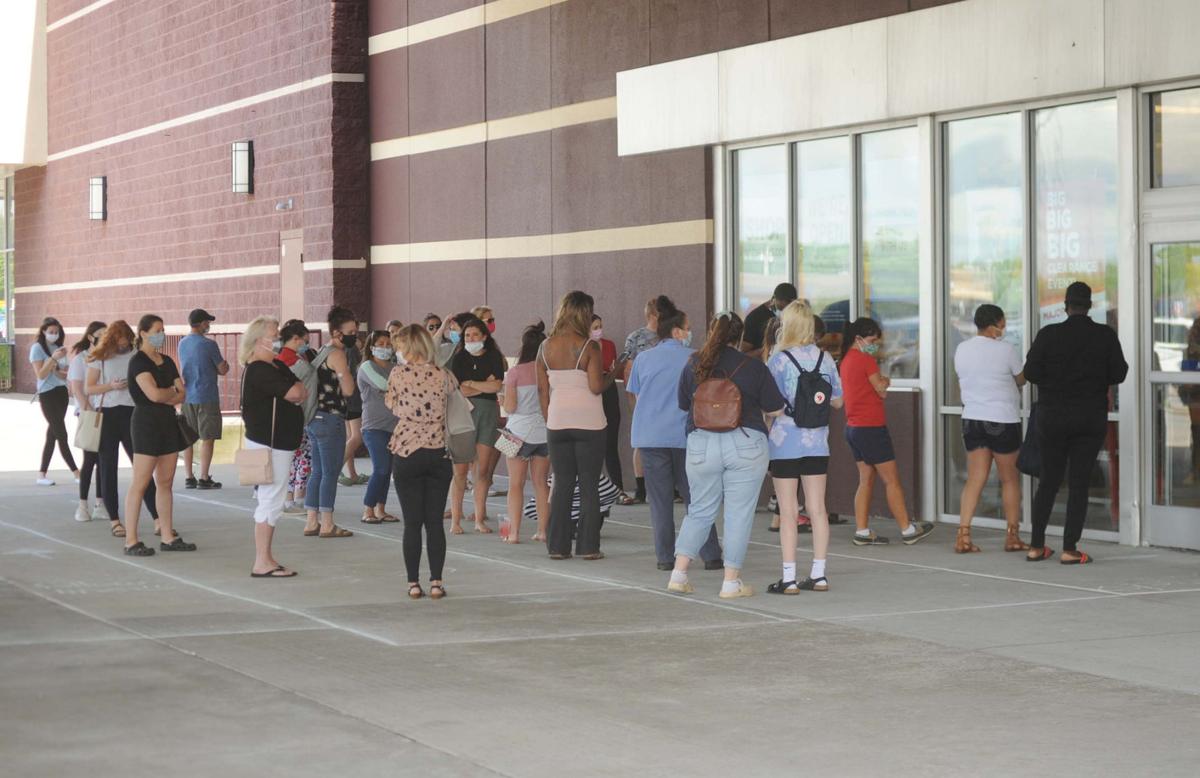 Several people wait outside Marshalls in Batavia during the store’s reopening. The Phase 4 reopening will likely be a gradual process. 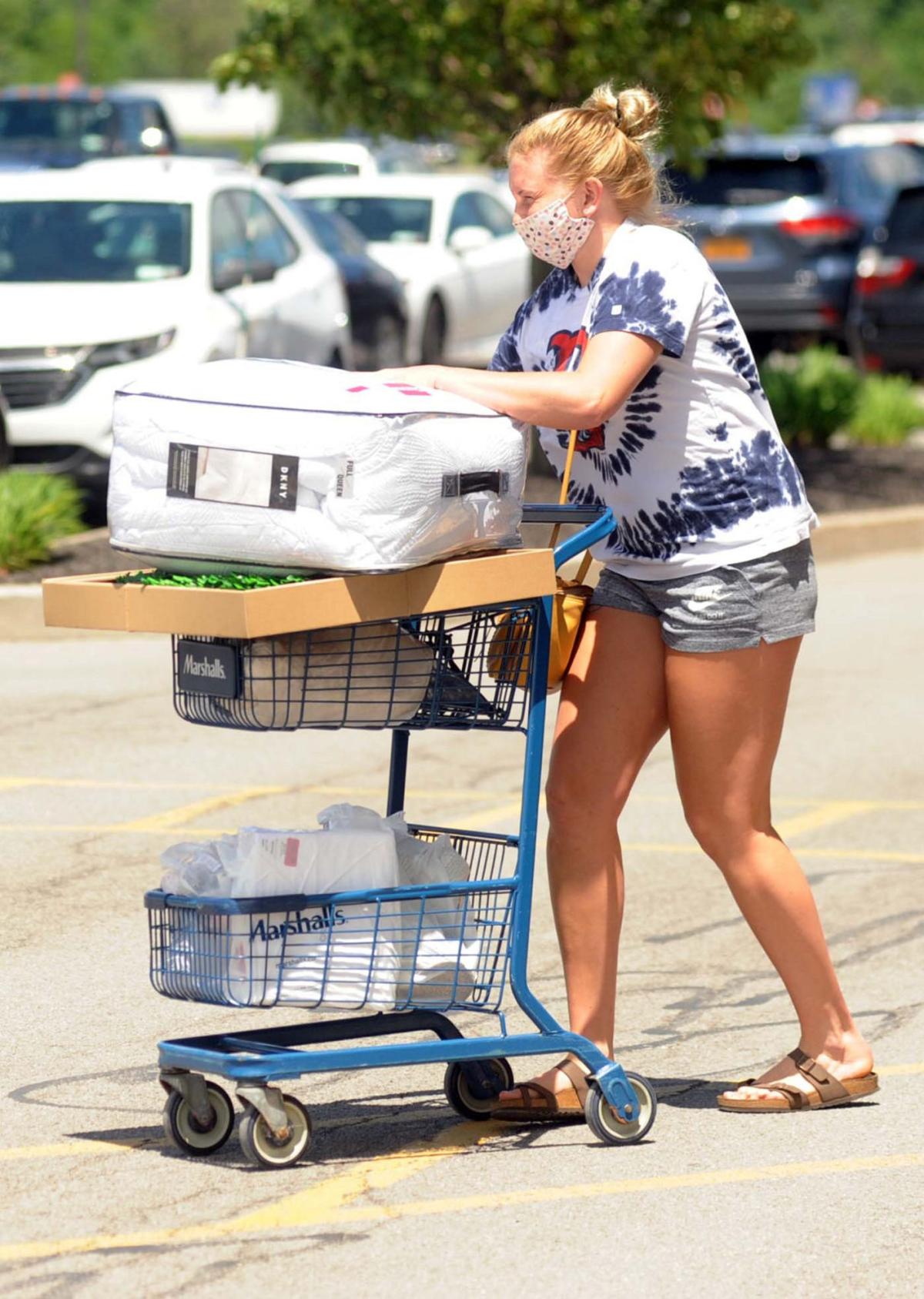 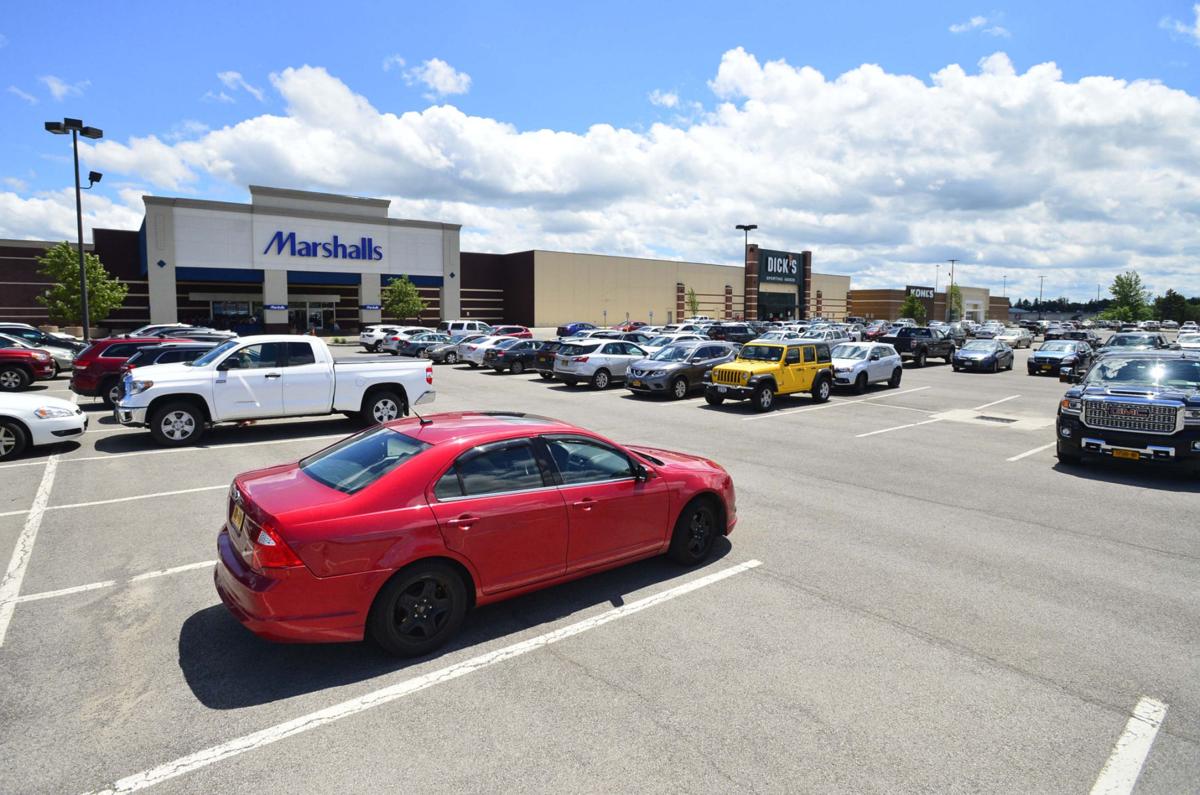 Mark Gutman/Daily NewsAn employee at Marshalls in Batavia holds up a welcome back sign for patrons that enter the store on Thursday afternoon.

Several people wait outside Marshalls in Batavia during the store’s reopening. The Phase 4 reopening will likely be a gradual process.

“As we’ve talked about the last couple of weeks, we know this has not been easy. We know it’s put a lot of strain and stress on you all as business owners and organization leaders,” said Paul Pettit, public health director for Genesee and Orleans counties, during a Zoom videoconference Thursday. The conference was set up by the Genesee County Chamber of Commerce and included business owners, Pettit, County Manager Jay Gsell and Chamber of Commerce President Tom Turnbull.

“I think that, together as a community, as Genesee and Orleans County specifically, our folks have done a great job. You all, as leaders on your organizations, have done a great job maneuvering through these times,” Pettit said. “Now, we’re at a point where we are moving forward. We’re nearing the end of Phase 2, opening up and looking forward to Phase 3.”

In Cuomo’s food services guidelines for employees and employers, available online at forwardny.gov by clicking the “View summary guidelines” link, it says that in Phase 3, restaurants and food service establishments may open indoor spaces if they follow several guidelines, including:

n Separating indoor and outdoor tables by a minimum of 6 feet. When that’s not feasible, they must put up physical barriers between tables. Barriers must be at least 5 feet high and not block emergency and/or fire exits;

n Requiring patrons to wear face coverings at all times, except while seated, provided that they are over the age of 2 and can medically tolerate the covering;

n Requiring employees to wear face coverings all the time regardless of physical distance;

n Requiring people seated at the same table must be members of the same party. They may be from different households), with a maximum of 10 people per table. Seating in bar areas and communal tables is only permitted if at least 6 feet can be maintained between parties.

Orleans County Chamber of Commerce Executive Director Darlene Hartway said she’s very excited. She said she’s glad Cuomo is moving quickly between the phases and reopening of New York, adding small businesses have taken the brunt of everything throughout the whole pandemic.

“I think it’s been frustrating for small businesses to follow the rules, to go by the guidelines and then see large businesses have very few guidelines,” she said. “I know I had a few businesses call that had been frustrated they had more regulations than a larger business. Which to them doesn’t really make sense because in their eyes their exposure is minimal. They might be seeing five to 10 people a day while larger business may see hundreds a day.”

Hartway said the movement to Phase 3 is needed for the morale of small businesses and to get people back in the cycle of things.

She added even though a lot of restaurants will be able to have in-house service now, a lot of them have changed to add outdoor dining with one in Medina even getting banquet and pop-up tents, transforming its parking lot into outdoor seating.

“The businesses that completely shut down, like we have a few restaurant bars that have completely shut down during this whole thing, because it was too restrictive and they would not have enough cash flow to be open on a limited basis to make it profitable for them to be open,” Hartway said. She said with the fluidity of everything, the businesses’ planning process was more difficult.

Pettit said, “I know, for a lot of folks, (the reopening process is) maybe not fast enough ... Thank you for all your hard work and sacrifice and hopefully we can get things going.”

Turnbull read several questions from business owners and others during the videoconference.

“Has any business in the GLOW region or the Finger Lakes region had any enforcement actions taken against them?” one person asked.

Pettit said the health department has had complaints an some concerns over time with different organizations and that its approach has always been education.

“Typically, with conversations, we’ve been able to at least come to some level of understanding that, ‘These are not necessarily our local requirements and regulations, these are our governor’s executive orders, but we are required to follow them,’” he said. “We also make sure we let folks know if they’re following them, if they want to move ahead of what the governor’s orders are in these phases, there very well could be penalties. The governor, I think, has articulated that very clearly that if people open early, if they’re gathering outside of some of his requirements, that there very well could be imposed penalties, etc.”

Pettit said officials recommend that businesses check with their insurance.

“If you happen to open up outside the phase that you’re potentially supposed to and there’s an issue, essentially you’re operating in opposition of a governor’s order. Even though there’s some uncertainty over whether insurances would cover it if there was a fire or an accident or someone fell and there was a workman’s comp claim, if a business is on this call, we want to make sure you’re protecting yourself. So if there is thoughts of moving ahead or moving outside the governor’s orders, there could be some other implications that people really need to think through, beyond just the immediate potential fines ...”

Someone asked about weddings and indoor wedding venues. Will they be allowed?

“That’s a bit of a moving target, too. The weddings is challenging and that really goes back to the guidance on the restriction of gathering sizes,” Pettit said. “At the moment, there hasn’t been any indication on any social-types of gatherings. Those still fall under the guidelines of social gathering sizes. Until we see some relief and some increase ... those types of activities are still very limited. I would assume some of those bigger things fall under Phase 4, potentially, where you have larger group gatherings and how those play out in these big wedding halls and venues over time.”

Someone asked Thursday whether volunteers are considered employees. Turnbull said he assumed the person was talking from the standpoint of the safety plan that businesses have to have.

Gsell said, “When it comes to the social distancing and the other things, yes, It’s people occupying space ... not so much whether they’re employees or not. It really does get down to, basically, how do you keep individuals within the protocols as far as safety and avoiding any kind of rebirth of the COVID-19?”

Pettit said the question of whether the permitted gathering size is still 10 people comes up a lot.

“It is still 10. We’ve been trying to keep that pretty clear for folks. We’ve been hearing a lot of people say ‘It’s 25, it’s 50.’ The governor’s executive order on this stays in place until at least June 21,” he said. “At that time, it is expected that there will be some decision. Hopefully, it will be upped (raised) at that point. There’s been no clear indication to us on what that’s going to look like. There’s always the possibility he’s going to say ‘We’re going to keep it at 10 for another two weeks or four weeks.’”