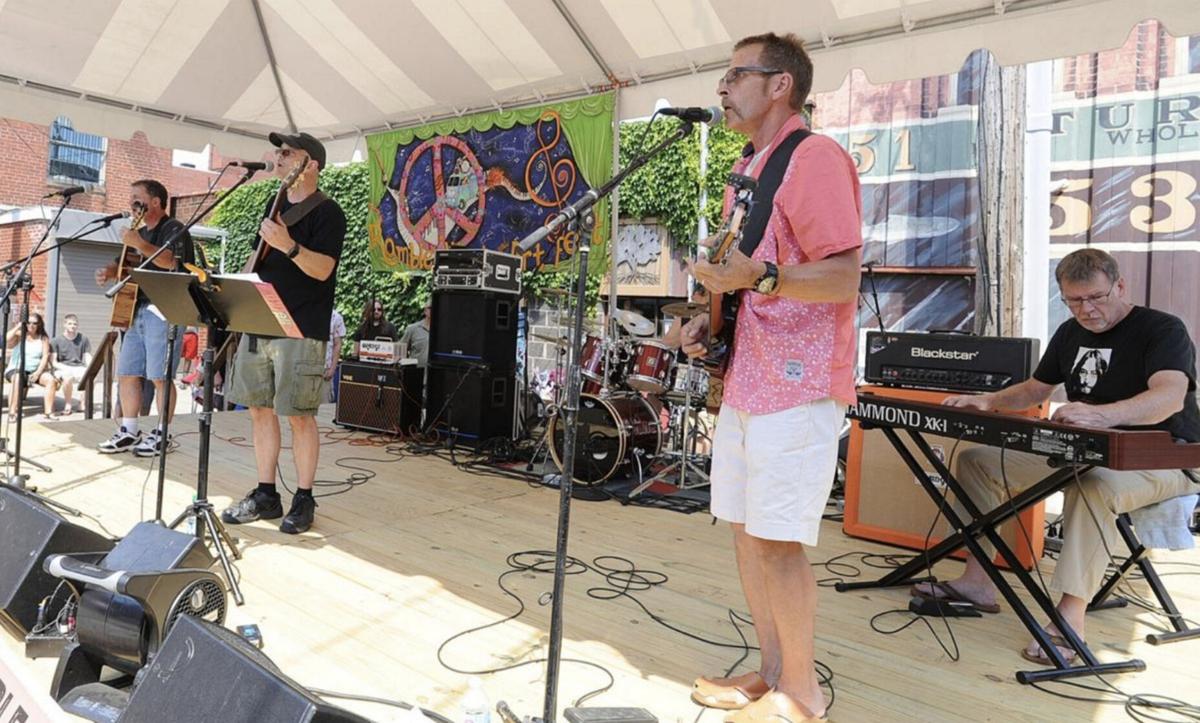 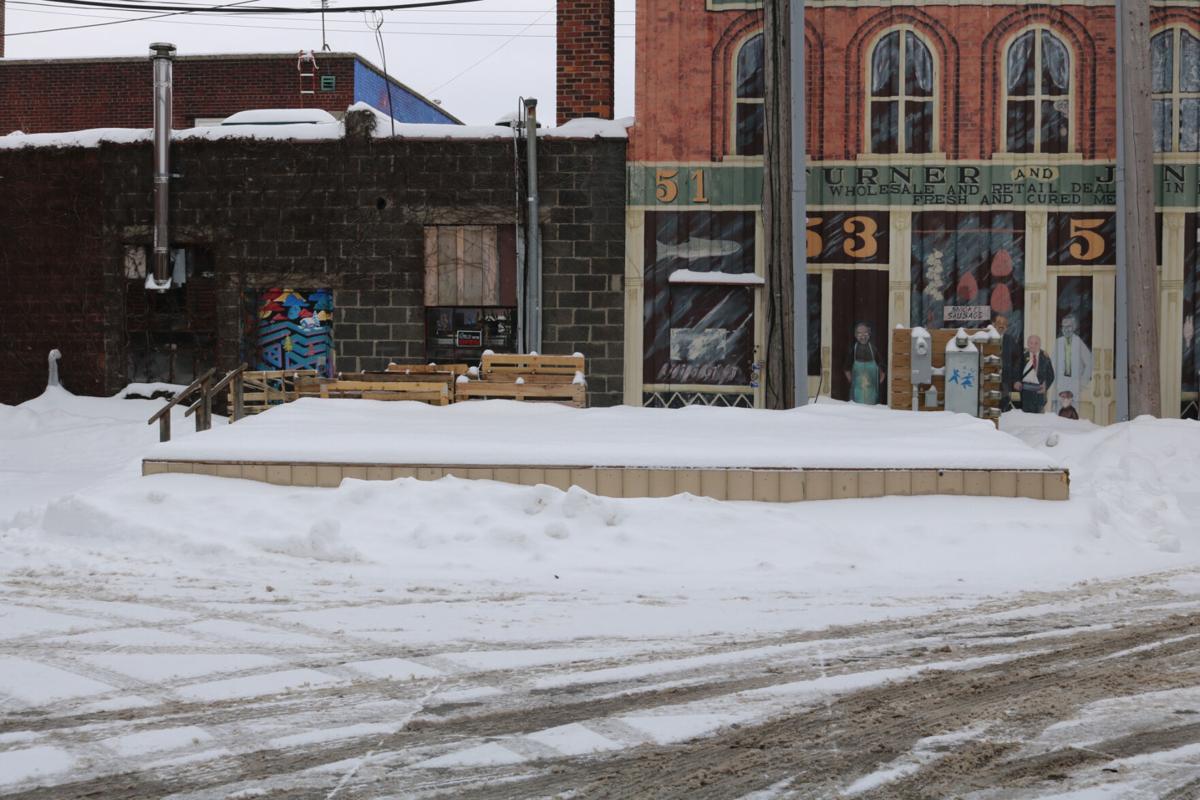 BRIAN QUINN/DAILY NEWSJackson Square may be largely snow-covered now, but a group continues to look at what an enhanced square will look like in the future. 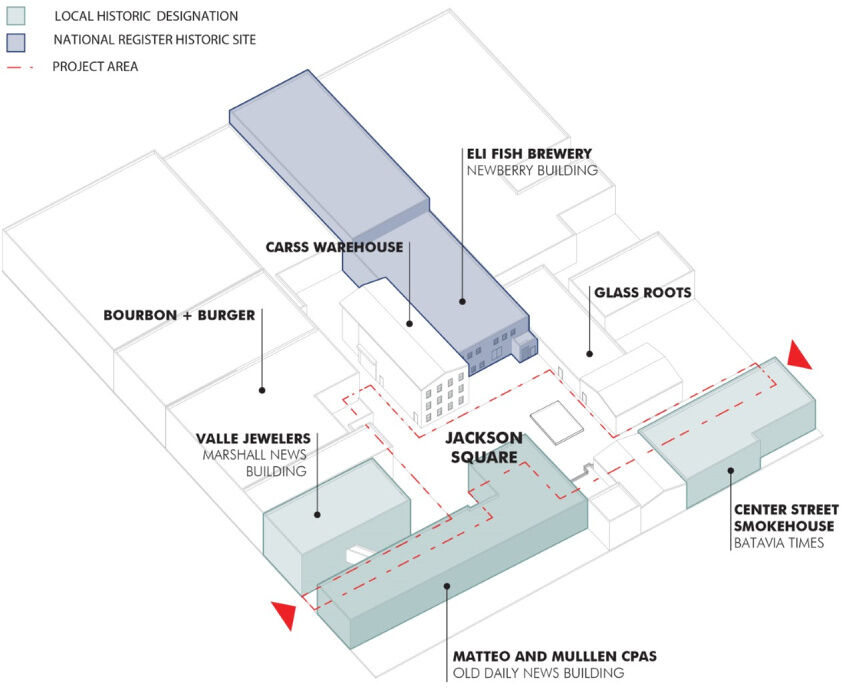 COURTESY OF ARCHITECURAL RESOURCES A look at the project area including Jackson Square and the properties around it. 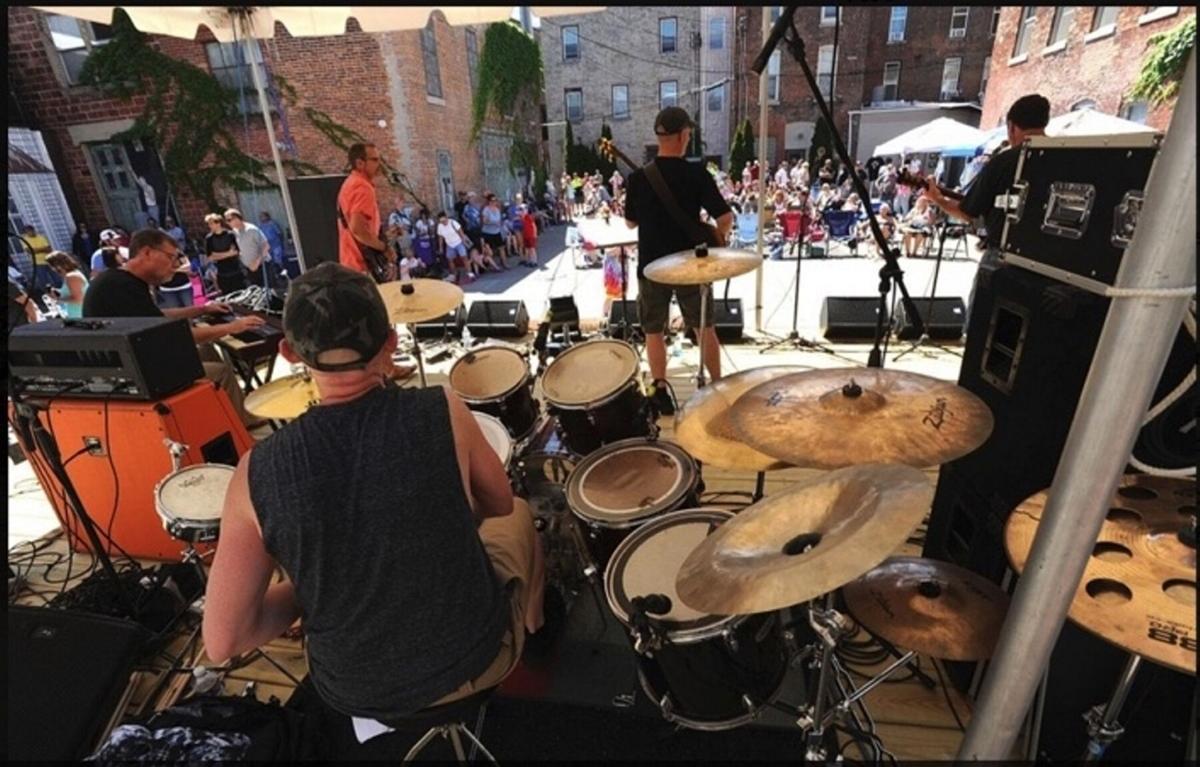 BRIAN QUINN/DAILY NEWSJackson Square may be largely snow-covered now, but a group continues to look at what an enhanced square will look like in the future.

COURTESY OF ARCHITECURAL RESOURCES A look at the project area including Jackson Square and the properties around it.

BATAVIA — The Zoom session Thursday night on the Downtown Revitalization Initiative (DRI) project for an enhanced Jackson Square went over the hour that the organizers originally anticipated. It was closer to two hours by the time they were done.

After introductions by the designers and local officials on the call, project designers got input and questions from a few local residents during that time, after telling the stakeholders what square enhancements they’re currently planning. The project has a DRI grant of $750,000 to meet its expenses.

Architectural Resources of Buffalo Managing Principal Peter Murad, the principal in charge throughout the project, said early on that one of the key aspects of the project is to increase the functionality, the way-finding to help people get to Jackson Square and create a wonderful public space.

n increase the functionality of the square for current and future use;

n enhance signage to draw people to the square;

About 21 minutes into the session, project officials opened up the call to the public.

PASTOR MARTY MACDONALD of City Church asked whether the DRI had $750,000 for this project.

Murad said there is about $650,000 in construction costs and about $100,000 for all the other work that would have to be done — surveying, any needed special inspections of any structure.

Ray Tourt, director of the Department of Public Works, said of the $100,000, “You’ve got design phase, you’ve got construction and administrative phase where it has to go out to bid. There’s a lot of time involved in it and a chunk of that money applied towards that.”

Macdonald asked, “Who is responsible for the maintenance of that area after the work gets done. Does that fall under the city, Ray?”

Tourt said that is most likely what will happen.

“It depends on what we’re looking at back there, but, yes, it’s city property,” he said.

Murad said, “I would add to that ... the work that we’re focused on is the city-owned property, but adjacent to that is private property and we’ve already been in discussions with Eli Fish for some plans they have to enhance their back area. Of course, that would be maintained by them.”

Macdonald asked Interim City Manager Rachael Tabelski whether, under the financial constraints the city is facing now, there should be something in place to make sure that maintenance of the square is kept up.

Tabelski said the lower the need for maintenance by the city, the happier the city will be.

“The project would be something that, overall, we would like to see have low to no maintenance ...That certainly has been expressed,” she said.

STEPHEN KOWALCZYK, one of the heads of The Ramble Music and Arts Festival, which he said is one of the largest events in Jackson Square each year. He has been involved with performances at the square for about 20 years and is also a Town of Batavia Fire Department member.

“I kind of want to get involved and share some of my expertise. I want to see this project through. I was really excited to see, when the money came through, that we could do something great back there. I’m hoping I can lead the way little bit,” he said.

Kowalczyk talked about handicapped access to the stage, remembering that a woman who was in one of the bands had a broken leg one year.

“Even in our initial sketches ... you’ll see some of our original thinking. Of course, we want to have this be successful to both ambulatory and non-ambulatory people alike,” he said.

ANOTHER QUESTION asked of call participants was “What would you like to do at Jackson Square that you can’t do today?”

Tabelski said she would love to see more performances and community groups use that space. “I think during COVID, we had some interesting opportunities to for some of our studios to do socially distanced dance performances for families. I know we’ve had a yoga studio utilizing one of our parks,” she said. “I would love to see lunchtime yoga, other things happening back there that are on a weekly or daily basis. We do have some of the businesses rent the square for Octoberfest and other things. I think there’s a lot more utilization of that square that could be happening.”

DON BROWN, BID Board of Directors president, said, “We’re going to use it anyway, whether it gets updated or not, but the updating of it ... It’s a nicer spot. More people are going to use it. It’s a unique space. We want to go back to leverage the use of it as much as possible. It’s downtown in the middle of BID. It engages a lot of our businesses and property and we want to show that off.”

Murad said in addition to spring and summer events, the square can be used for winter events.

“We’re really trying to look at this as a 365-day-a-year venue where people will come to with the various seasonal-type plantings be in there and what might happen in winter is something that we’re considering ...How do we make this place accessible during the entire year to really leverage those resources that are being invested?

Brown asked, “Are there elements of design that can make that space more comfortable, depending on the group size?”

Murad said, “I think your point here is a good one, again., in that we do want to make sure we can make it work in that way. The flexibility and the movability of furniture and tables so that when there isn’t a performance happening where you need room for that 500 people, you’re occupying the space with other things. We certainly will keep that in mind so it feels like a welcoming and warm space, even when it’s not populated with a great number of people.”

LESLIE MOMA of Batavia brought up Jackson Square having multiple uses, but also possibly having places in which a person could hang out and relax.

“That way it becomes this addition to the public parks we already have,” she said. “Having some sort of seating, tables, gathering spaces and have some permanence but also a little bit of flexibility, too.”