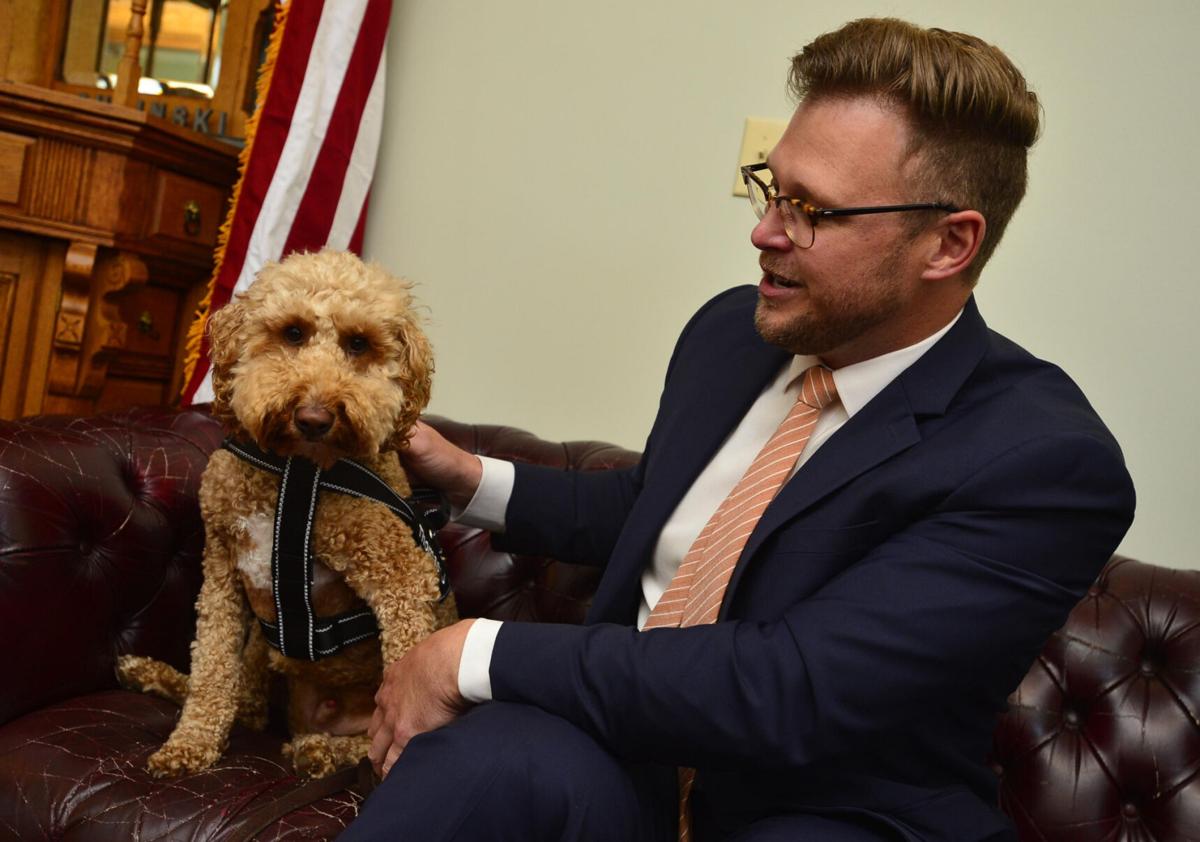 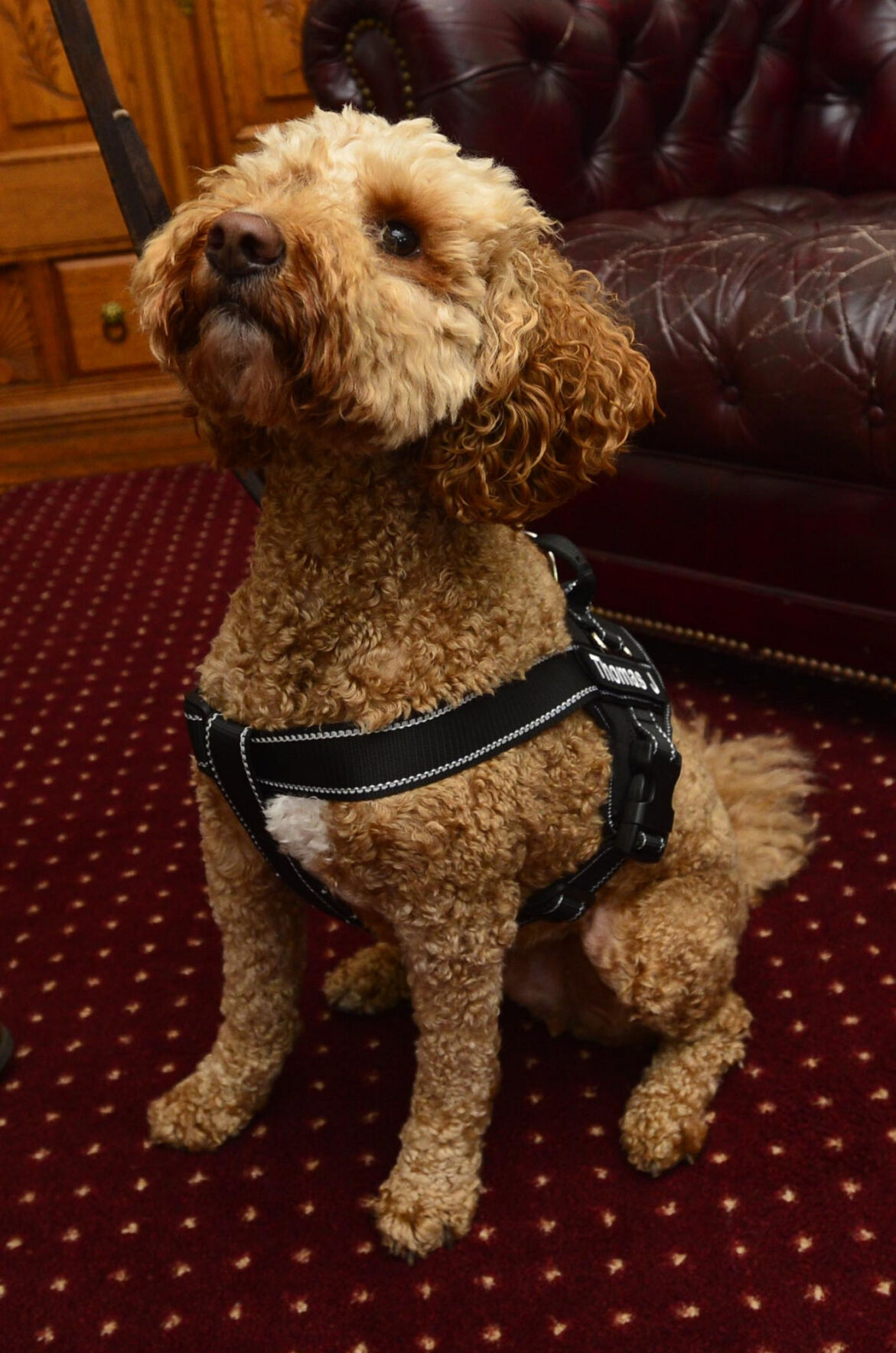 Thomas J is being trained to become a therapy dog at the Cooper Funeral Home in Medina. 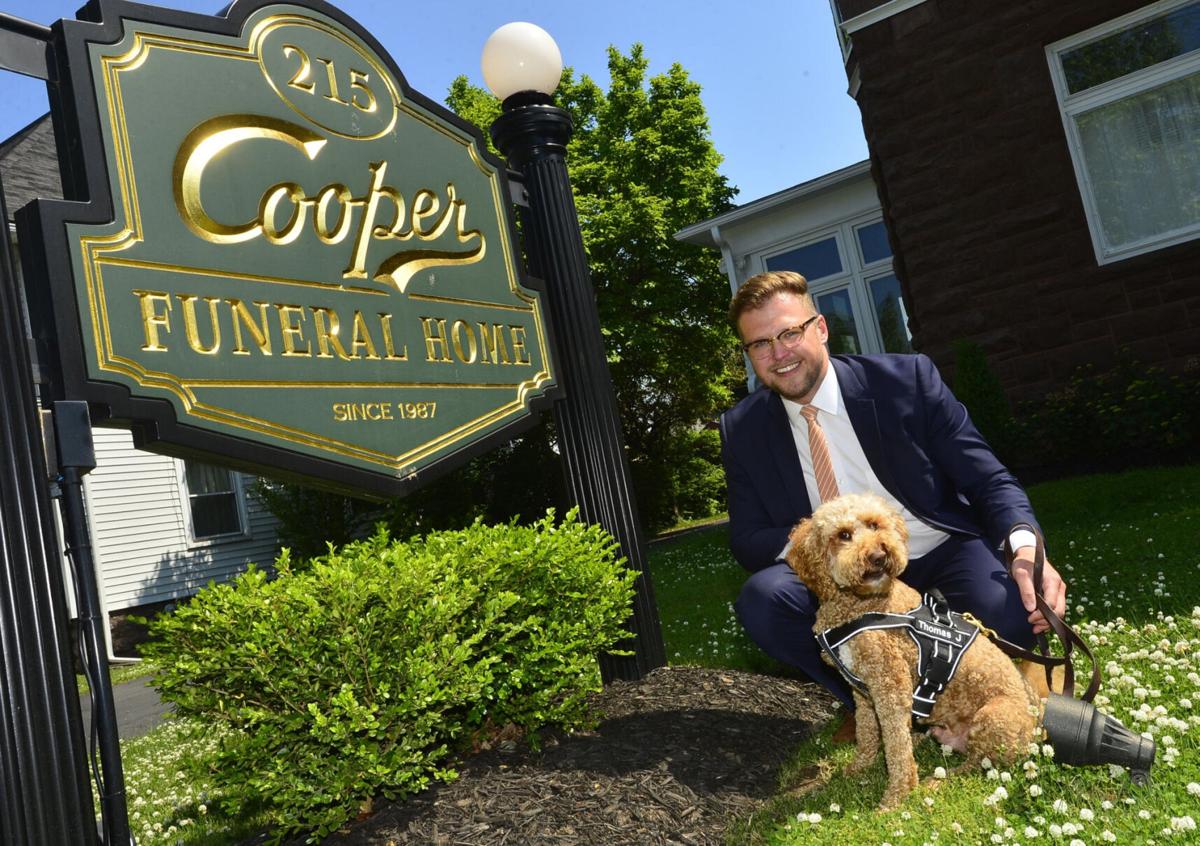 Thomas J is being trained to become a therapy dog at the Cooper Funeral Home in Medina.

MEDINA — In a couple months’ time, grieving families at Cooper Funeral Home in Medina will have extra support in the form of Thomas J.

He’s not your typical counselor. Instead, he has four paws, dark fur and a soothing personality.

A 2-year-old Goldendoodle, Thomas J. is a hypo-allergenic therapy dog.

“His name is from the movie, ‘My Girl,’” said Jacob Hebdon, owner of Cooper Funeral Home.

“My Girl” is a movie from 1991. It’s about 11-year-old Vada Sultenfuss, who lives with her father in the town funeral home.

Thomas J. is Vada’s best friend from the movie.

Hebdon and his partner got Thomas J. in March 2019. They have been training him ever since they got him as a puppy. While they haven’t had him at calling hours yet, they’re about to start offering that to families.

“This whole affair is to offer our families a way to — especially when there are children at calling hours — a pleasant distraction from the awkwardness of how it could be during services,” he said.

Hebdon said most likely they’ll only be offering Thomas J. for calling hours and visitation.

The idea for a therapy dog came about when Hebdon and his partner were thinking about getting a puppy, but lived at the time above the funeral home.

Hebdon knew nursing homes brought in therapy dogs, and did research to see which funeral homes around Western New York were offering such canines.

He said there was one funeral home which was doing it, and he asked them for advice on what to do.

To train Thomas J. to get used to working in a funeral home, Hebdon got YouTube videos of crowds and music being loud and talking so he could get used to the sound. Hebdon also had his friends pretend to be grieving to help train Thomas J.