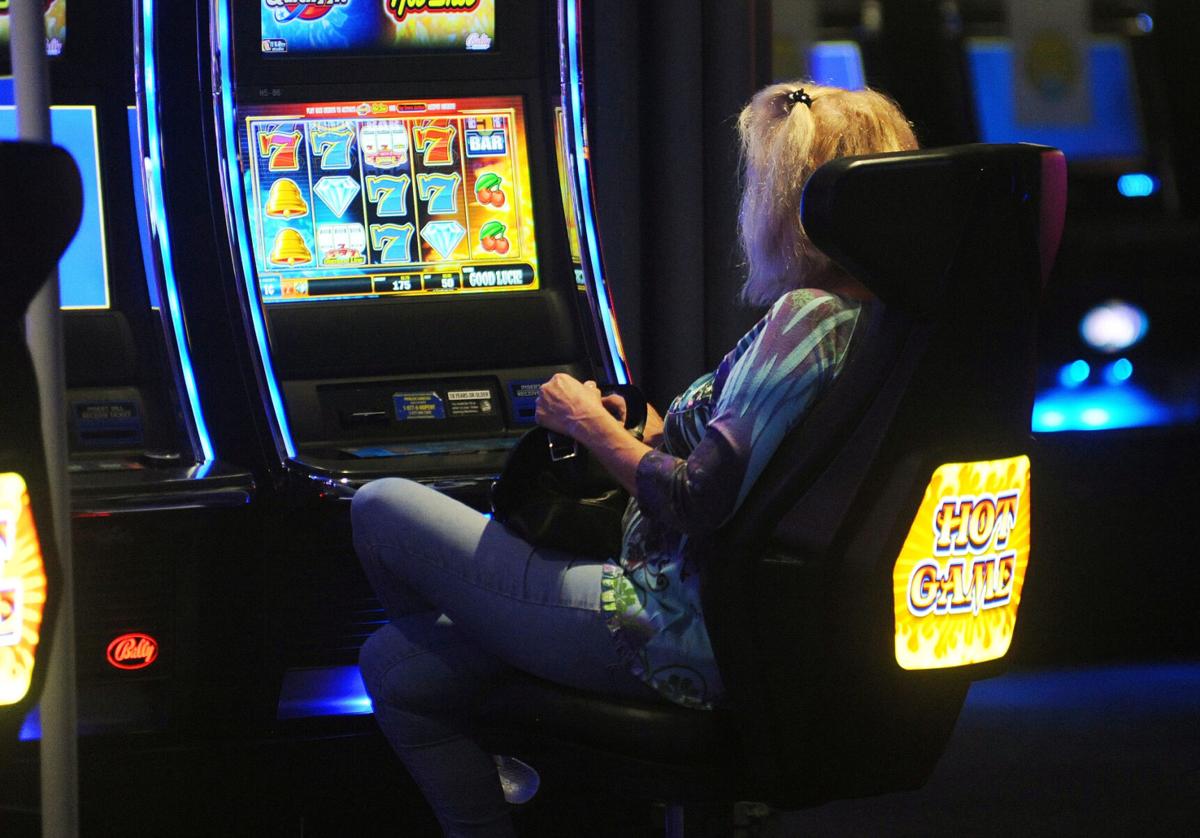 Mark Gutman/Daily NewsPeople are back playing the VLT machines at Batavia Downs Gaming during the reopening on Wednesday morning. 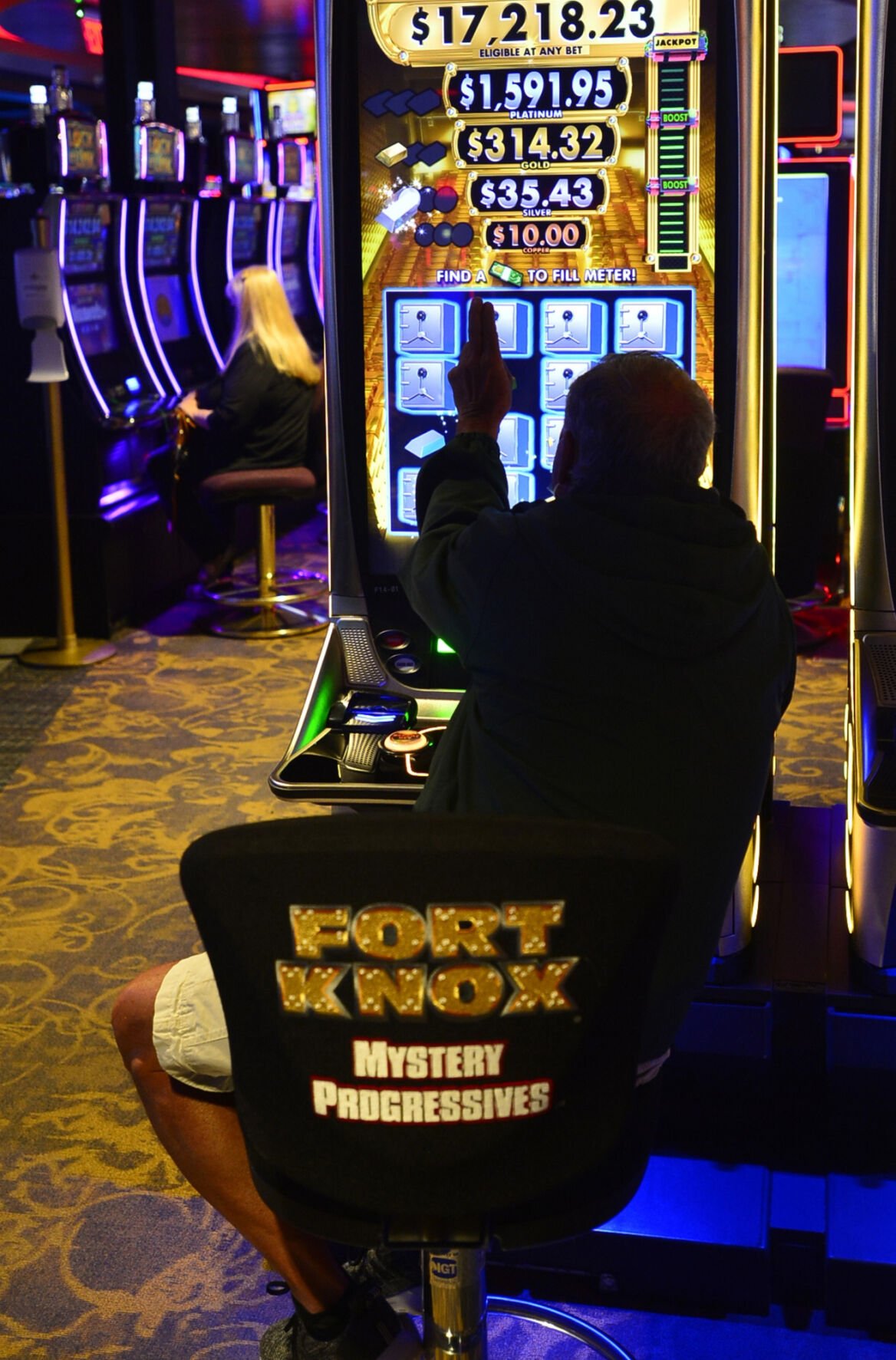 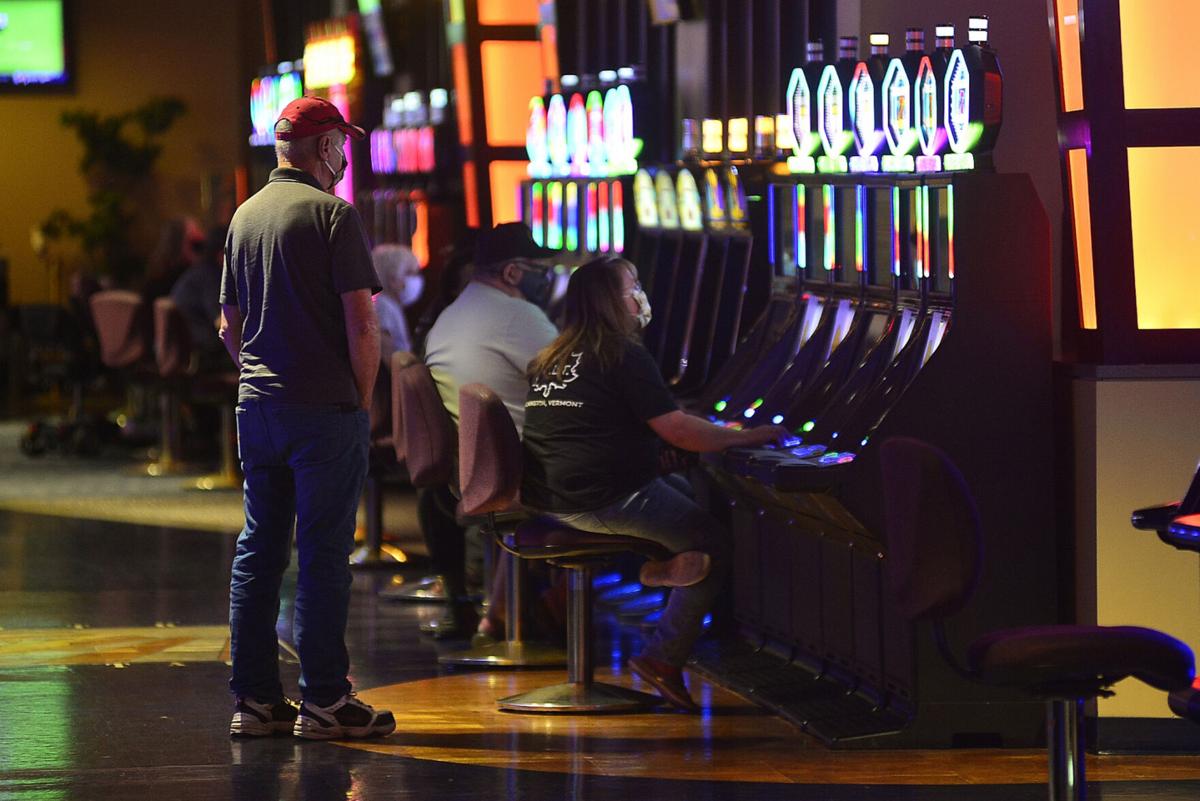 Mark Gutman/Daily NewsPeople are back playing the VLT machines. 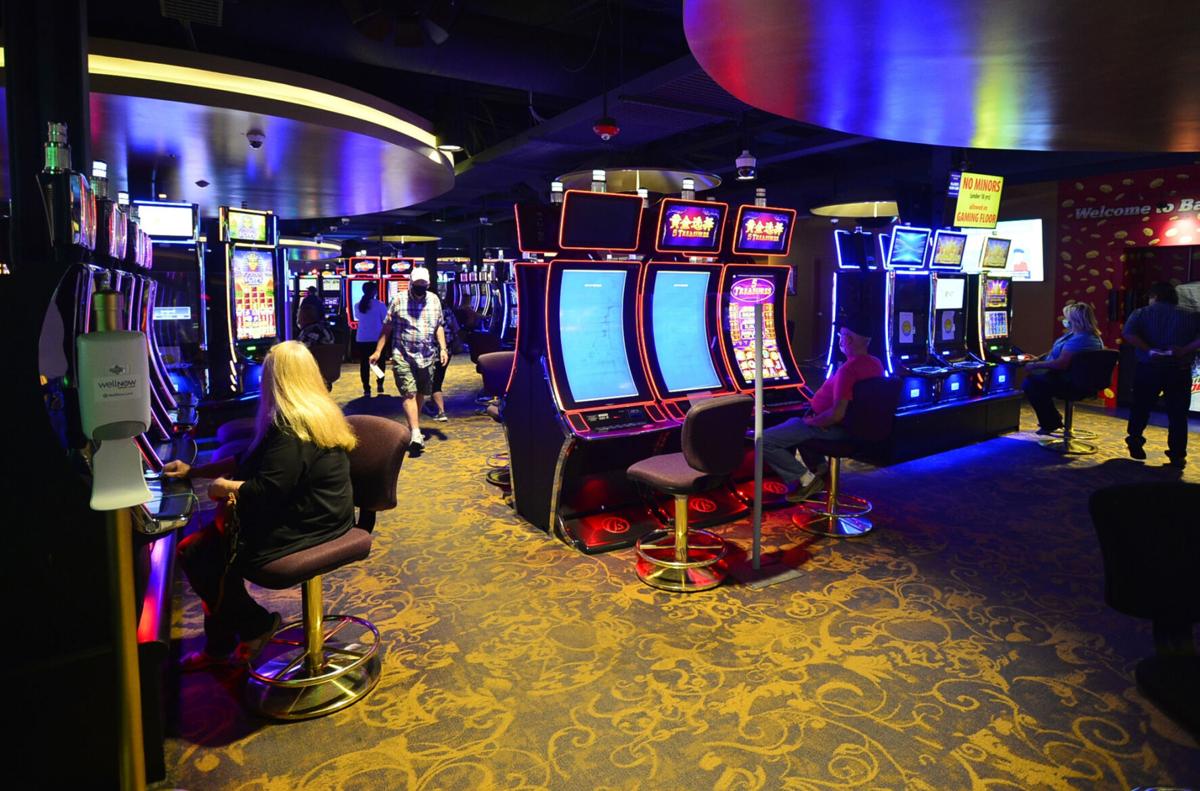 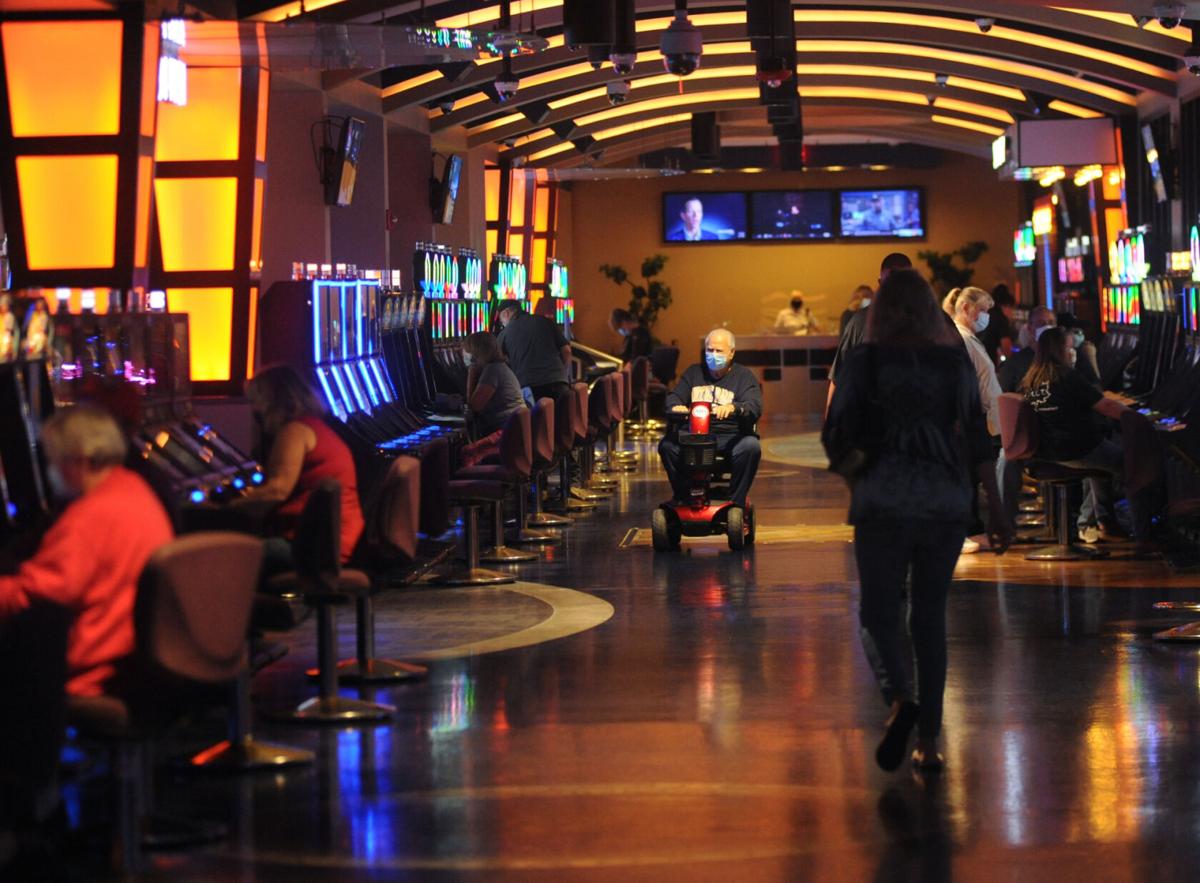 Mark Gutman/Daily NewsSeveral people turned out at the Batavia Downs for the reopening on Wednesday morning. 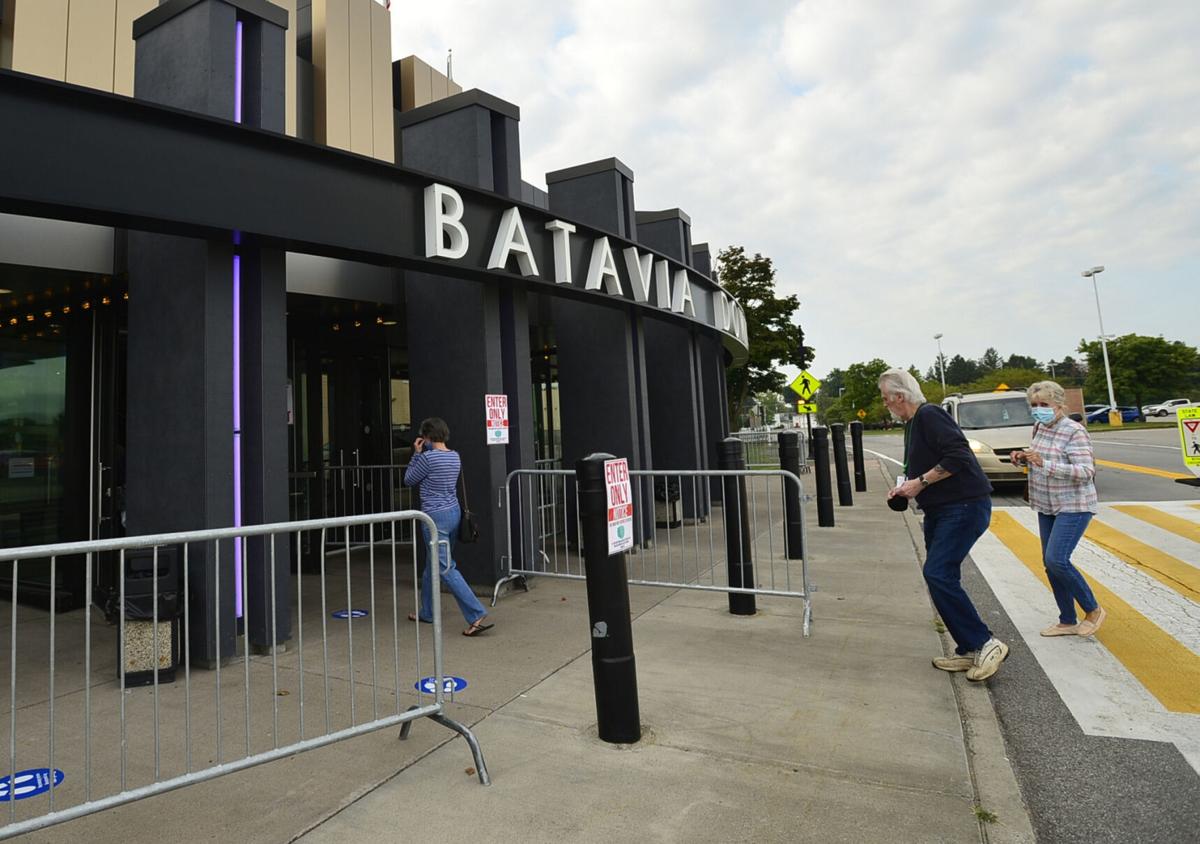 Mark Gutman/Daily NewsPeople enter the Batavia Downs on Wednesday for the reopening.

Mark Gutman/Daily NewsPeople are back playing the VLT machines at Batavia Downs Gaming during the reopening on Wednesday morning.

Mark Gutman/Daily NewsPeople are back playing the VLT machines.

Mark Gutman/Daily NewsSeveral people turned out at the Batavia Downs for the reopening on Wednesday morning.

Mark Gutman/Daily NewsPeople enter the Batavia Downs on Wednesday for the reopening.

BATAVIA — Batavia Downs Gaming’s facilities did not completely reopen Wednesday, but the gaming floor was a different scene than it had been for almost six months as patrons were allowed back starting at 8 a.m.

Henry Wojtaszek, Batavia Downs Gaming president and CEO, said Batavia Downs is happy to have customers back, but added, “We just have to make sure that they comply with the rules set down by the Gaming Commission, which involve making sure we have a temperature check, using the sanitizer often and wearing the masks. That’s important in order to keep us open.”

In announcing last week that casinos and video lottery terminal facilities would be able to reopen, Gov. Andrew Cuomo said betting and gaming facilities would have a 25-percent occupancy limit. There is also the 6-foot social distancing requirement. Wojtaszek said Batavia Downs Gaming will comply with the mandates by New York state.

There are about 400 staff back working at Batavia Downs Gaming, Wojtaszek said Wednesday. The business plans to bring back a few more workers, he added. “We do hope to bring back almost a full complement of employees,” he said. “We’ve lost a couple. When we’ve been closed for six months, they found other jobs, but we plan to bring back just about everybody who was with us when we closed on March 16.”

For now, live racing continues, but without any spectators.

“Through September and October, according to the documentation we received a couple of days ago, it’s supposed to be without fans ... We’ll see if there’s any change in it. For now, there are no fans except for owners who come to watch their horses race,” Wojtaszek said.

Among the customers at Batavia Downs Gaming early Wednesday morning was a woman from Clarence.

“It was a little disappointing, not because I lost money, but some of the machines weren’t working,” the woman, who did not give her name, said as she was leaving Batavia Downs Wednesday morning,

She said she didn’t know why the machines she used didn’t work and said Batavia Downs had to have someone look at them a couple of times.

“Payouts seemed to be very small. The main thing was that some of the machines that you wanted to play, that you knew about, just didn’t work,” she said.

The woman said she comes to Batavia Downs regularly. She said she was going to go to a casino in Buffalo.

Asked if she would return to Batavia Downs, she said she probably will.

Two other customers on reopening day, Cheryl and Justin, who did not give their last names, said they’ve been to Batavia Downs Gaming before.

“It fell on a good day — my day off from work,” Cheryl said of Wednesday. “I told him (Justin), you want to go, be up and ready, because we’re coming.”

“A lot of the stuff is out of service, a lot of the machines. That was a little bit of a disappointment,” she said. Cheryl said she wasn’t talking about the machines that weren’t in use due to social distancing, but other machines.

“They’re not up and running. Sometimes, when I put my money in, it wouldn’t play, so I’d have to go to find a different machine,” she said.

Cheryl seemed to think the first day back Wednesday went OK. She and Justin said they will be back. They waited in line about an hour and 15 minutes to get in Wednesday.

“They’ve got kinks to work out. Overall, it wasn’t bad,” Cheryl said. “We were waiting in line when it opened at 8.”

Wojtaszek said considering the facility was closed for six months, everything went pretty well, other than a couple of games being temporarily sidelined.

“There were some minor glitches, but we have, up and running, all the machines we are able to at this point,” he said. “We’re going to try to put into play a few more games. We did get the approval to use the plexiglass barriers. We will attempt, in the next couple of days, to put a few more games into service. “I apologize to our guests who were inconvenienced for a short period of time,” he said. “Our gaming attendants from the various vending companies were on site to fix any of the problems we were having.”