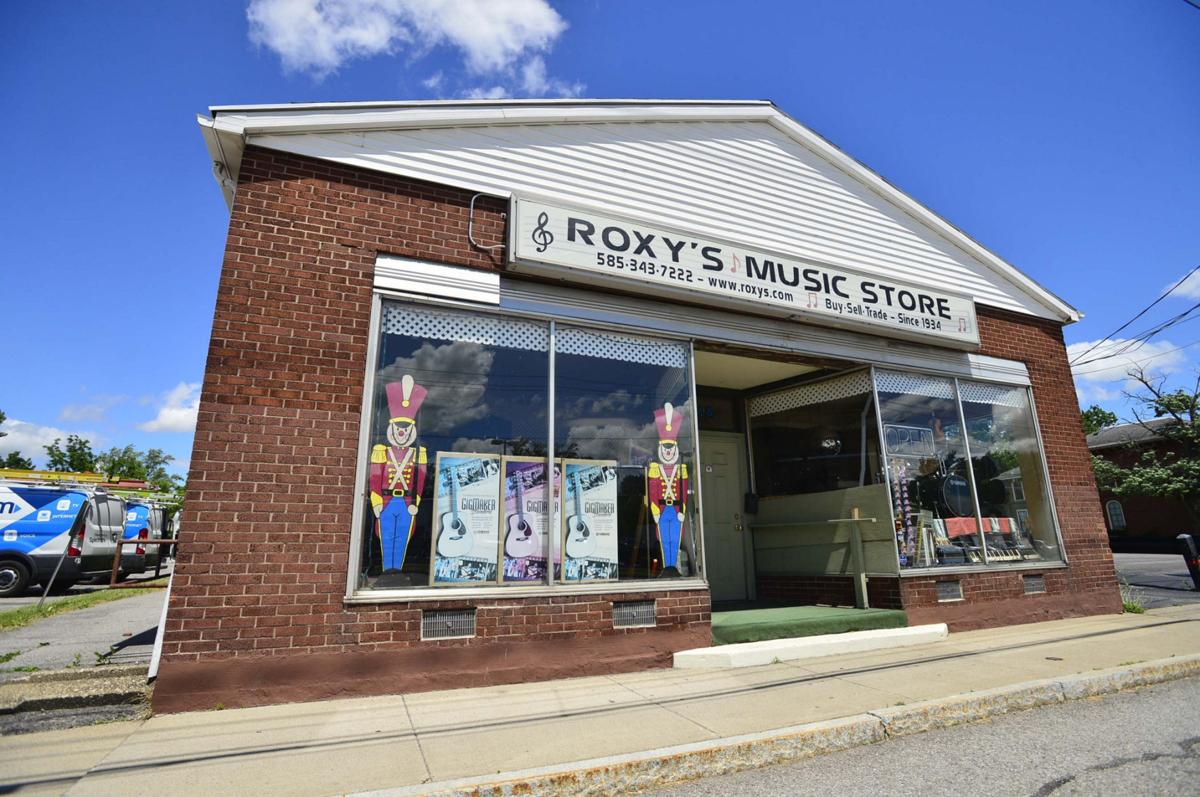 Mark Gutman/Daily NewsRose Caccamise owned Roxy’s Music Store when it was one of the first stores in City Centre Mall and later when it moved here, to 228 W. Main St. The store is now closed. 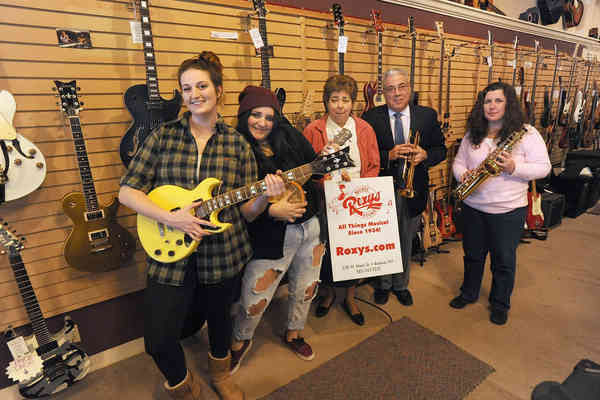 Mark Gutman/Daily NewsRose Caccamise owned Roxy’s Music Store when it was one of the first stores in City Centre Mall and later when it moved here, to 228 W. Main St. The store is now closed.

BATAVIA — A longtime music store owner in the city, said to be a friend and supporter to area musicians, passed away quietly earlier this month at age 80.

Since Rose Caccamise’s death June 5, social media has had its share of people who knew Rose offering their recollections of the woman who ran Roxy’s Music Store for decades, following in the footsteps of her father, Roxy Caccamise.

“I’ve known her for years,” Genesee County Chamber of Commerce President Tom Turnbull told The Daily News last week. “I remember going to Roxy’s as a young boy. I played the trombone and when I was in school and I‘m sure I rented my first trombone from Roxy’s Music.

Turnbull said he couldn’t recall how long ago he first saw Rose at the store.

Roxy’s Music Store is closed now, but Turnbull said it was a tribute to Rose that the store was still around, noting there were other music stores that weren’t there. He said under Rose’s ownership, Roxy’s did pretty well with online sales.

“There’s not a lot of small, independent music stories left these days and I think it was due to Rose’s ability to adapt to the future,” he said.

Roxy’s was one of the first tenants when the City Centre Mall opened, Turnbull said.

“Probably when I started my work career at The Daily News, she was already there,” he said of Rose Caccamise. “Roxy’s was one of the anchor stores when the mall first opened. They were there quite awhile at the mall. Before that, there were in a number of locations.”

As to the future of Roxy’s Music Store, Turnbull said he has not heard what may happen. A chamber member, Roxy’s was honored in the spring of 2009 as the 2008 Genesee County Chamber of Commerce Business of the Year Award recipient.

“She always had a smile on her face.”

Aside from being known in the community as the owner of Roxy’s, there was an athletic side to Rose Caccamise. She was inducted into the Batavia High School Sports Hall of Fame in 2002.

“She was a tremendous athlete. I didn’t even know until the later years, when she was inducted into the Batavia High School Sports Hall of Fame,” Turnbull remembered.

Stephen Kowalcyk, an organizer of the annual Batavia Ramble music event, said he read on Facebook about Rose’s passing.

“Rose was well-known by just about every musician in our area. You would be hard-pressed to find someone that didn’t buy or rent one of their first instruments from Roxy’s. Besides all of the local original and cover bands, Roxy’s rented out band and orchestra instruments to most of the local schools in our area as well,” he said. “So I would say, the majority of people in our area that ever picked up a musical instrument, she likely had a hand in getting an instrument in their hands one way or another.”

“I personally bought my first drum set from Rose at Roxy’s, I believe, back in 1998. My first band bought our first PA system from her as well. She was always a tough negotiator when it came to prices and trade-ins, but she would always cut you a break or help you out when you were short on cash or needed something last-minute for a gig,” he said.

Rose donated a couple of instruments to the Ramble in the past few years for giveaways to try and help raise money for the event, Kowalcyk said.

“This past year, we had talked to her about setting up a deal with Roxy’s to raise money to give students in our area free instrument rentals and lessens. Our plan was to try and get enough money for five deserving students to receive instruments rent free along with as many lessons as we could afford to give them,” he said. “Unfortunately, with having to cancel this year’s Ramble, we weren’t able to do that this year. Hopefully we’ll get that started up next year.

“We, the Ramble, have also borrowed drum sets and guitar amps from Roxy’s over the years for backline instruments at the Ramble event for the musicians to use so they didn’t have to lug their own gear around and to help make changeovers between bands faster,” he said.