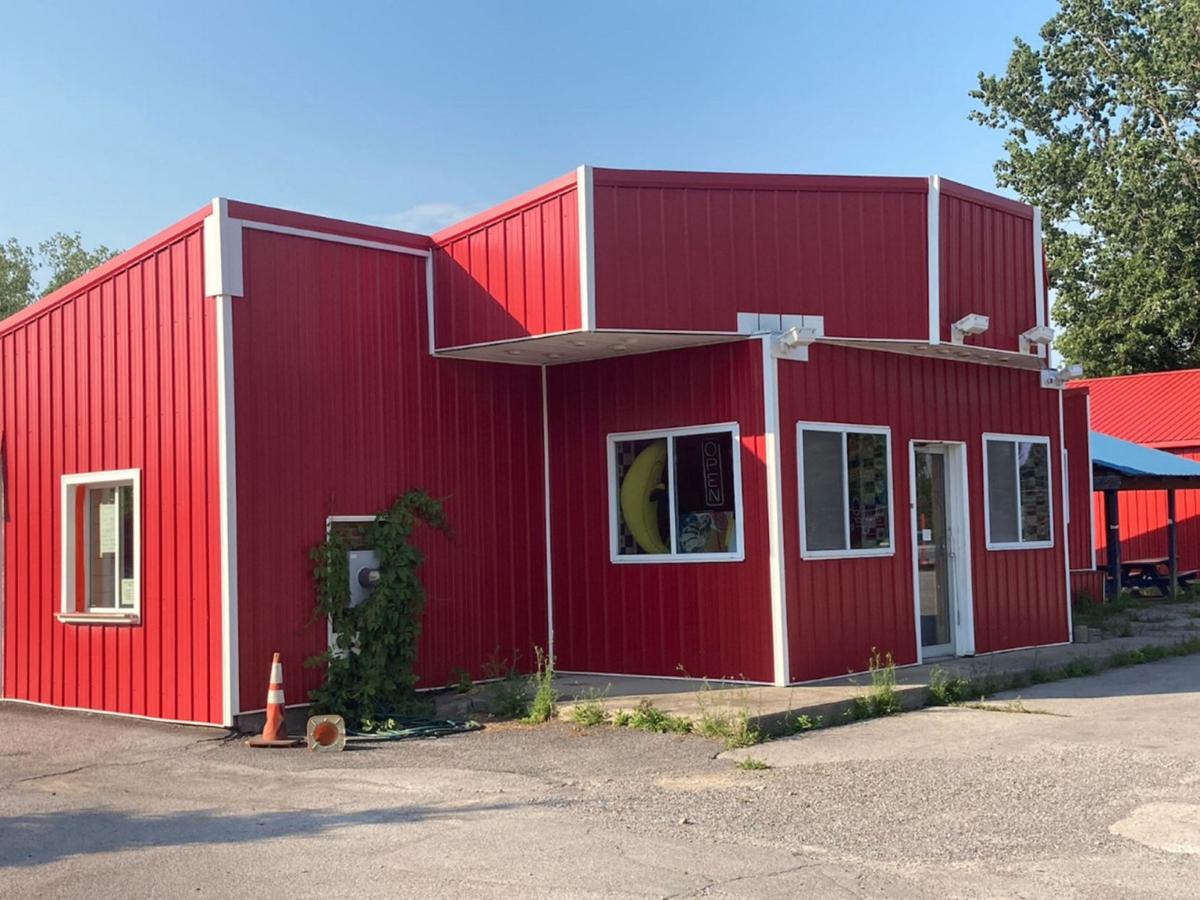 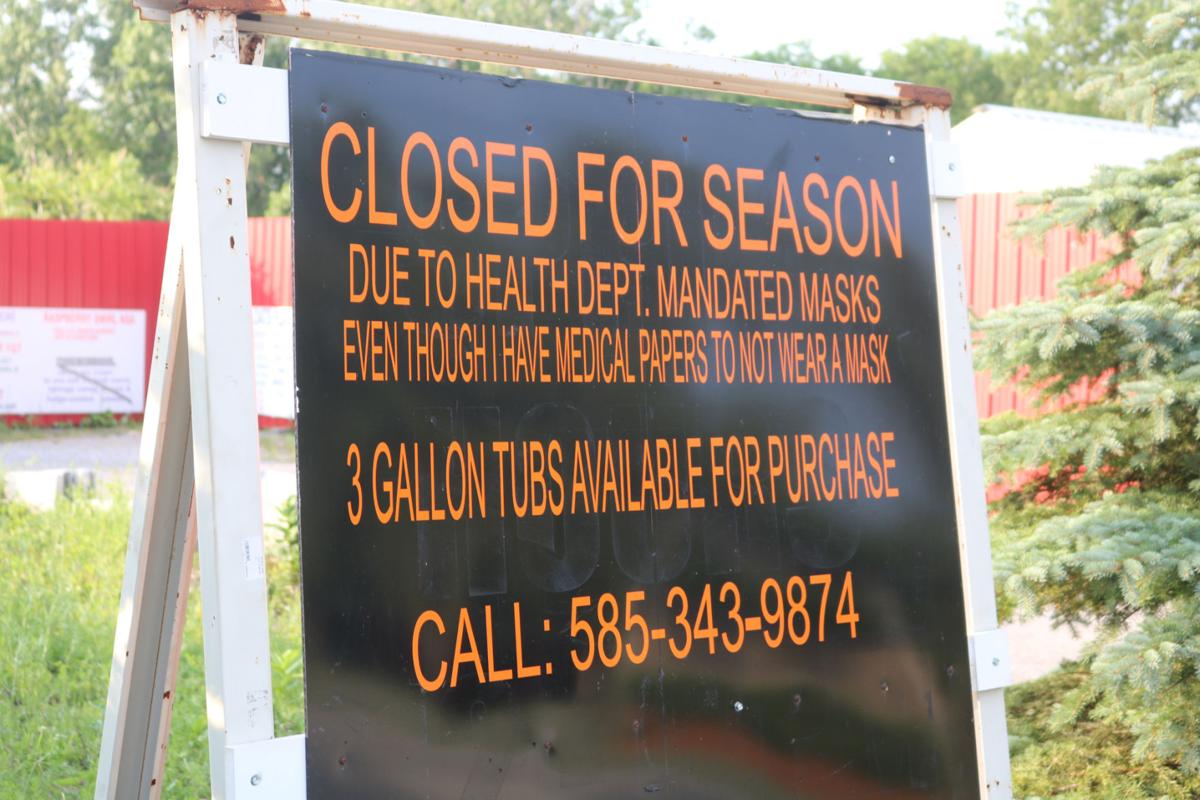 BRIAN QUINN/DAILY NEWS This is the sign Lickity Splits ice cream shop put out to explain the closing of the business.

BRIAN QUINN/DAILY NEWS This is the sign Lickity Splits ice cream shop put out to explain the closing of the business.

BATAVIA — The owner of a Clinton Street Road ice cream shop, which was visited multiple times by the county Department of Health regarding complaints about a face covering not being worn, said he closed the business for the season.

Joseph Dickinson of Lickity Splits, 5099 Clinton Street Rd., said he had medical reasons — shortness of breath and arthritis — for not wearing a mask, which the health department did not acknowledge.

Public Health Director Paul Pettit said in June that there are currently no exemptions for food-service workers from the face-covering requirement. County Attorney Kevin Earl Friday said the health department checked with the state Department of Health and that that was still the case.

Dickinson said Friday, “The last violation, they said if I do not wear a mask, they can pull my vendor’s permit for one year. I don’t want to lose my vendor’s license, therefore I shut down my shop and we’re still shut down.”

Lickity Splits received multiple visits and letters from the county Health Department, Dickinson said in June. He said at the time that he tried to show the department papers he had from his doctor, signed by the doctor, supporting his medical reasons for not wearing a mask.

“I tried to hand it to them personally. They don’t want to read it. I tried to show them face-to-face, in person, my medical reasons and they disregarded that as well,” Dickinson said in June. “I’ve gotten multiple visits from the health department saying that, ‘If you do not wear a mask, we will shut you down with or without your medical evidence.’”

Dickinson said the department’s last visit was June 17. He said on June 22, he received a letter from the county Department of Health, but it was delivered by a member of the county Sheriff’s Office. He said since the business shut down, there have been no additional letters from the health department.

Dickinson said that from June 19 to 21, he tried to wear a mask, but said he cannot wear one for eight straight hours, which was the length of the business day at Lickity Splits.

“They’re trying to dodge the fact that they won’t recognize medical issues when I have a New York-issued state card that I have a medical condition ...” he said of the health department.

Dickinson said with his medical condition, it wouldn’t make a difference how many face shields the health department gave him.

Pettit said June 24 that the county, along with the Department of Health, have received many complaints over the past month related to COVID-19 guidelines and executive orders.

“There has been several complaints related to the lack of face coverings, including several reported in regards to Lickity Splits ice cream shop in Batavia. These complaints come through the New York State COVID-19 ‘New York on PAUSE’ Enforcement Task Force Violation Complaint line,” he said.

The public health director said that following any complaints received from the task force, department environmental staff provided education on the importance of following the guidance to protect the employees and the public.

“There are currently no exemptions for food-service workers from the face covering requirement,” Pettit said in an email. “Other businesses that have had complaints lodged have been visited and have complied. All establishments are required to have a business safety plan detailing how they are meeting the state’s requirements, including face coverings.”

Pettit said four complaints against Lickity Splits have been received as of June 24.

“After two educational-based field visits and a direct observation by Genesee County Health Department employees of the establishment not following the executive order, a letter was delivered to the owner advising that his permit may be suspended, in addition to other penalties, if he did not properly comply with the New York State face-covering mandates,” Pettit said. “As an additional accommodation, the department provided five plastic face shields that are an acceptable face covering that would not restrict breathing.

“The owner of Lickity Splits has voluntarily closed the business. At this point, the establishment has not been closed by the Genesee County Health Department,” Pettit said.

The health department is responding to complaints based on noncompliance of the executive orders, Pettit said.

“We are working diligently with establishments to keep them informed of the latest state guidelines, with a primary focus on education and working towards compliance with the orders. In our current COVID-19 environment, face coverings are recognized as essential protection devises with the primary goal to protect employees and the public.”

Doron Dorfmann, a Syracuse University law professor who specializes in disability law, told Syracuse.com there may be legitimate disabilities that would prevent someone from wearing a mask — someone with autism who has sensory issues, for example or someone with a respiratory problem for which a mask would make breathing difficult.

Under the federal Americans with Disabilities Act, he said, store managers must be cautious in questioning anyone who says they have a disability, Dorfmann said,

“The manager, for example, can’t ask what the disability is,” he said.