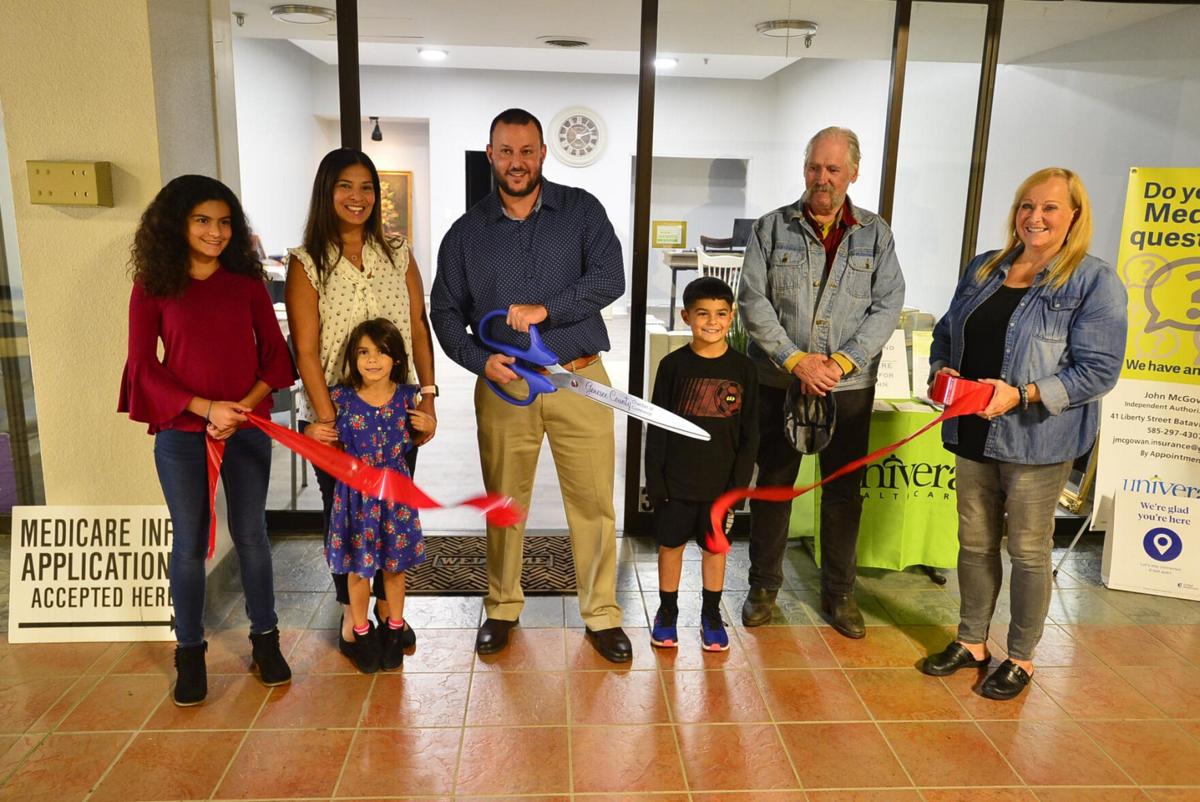 Mark Gutman/Daily NewsJohn McGowan cuts the ribbon for his business on Friday. To his right is his wife, Jolie McGowan; their children, Isabella, Gianna and Johnnie. At right are his mom, Rose Marie, and her boyfriend, Ed Plante. 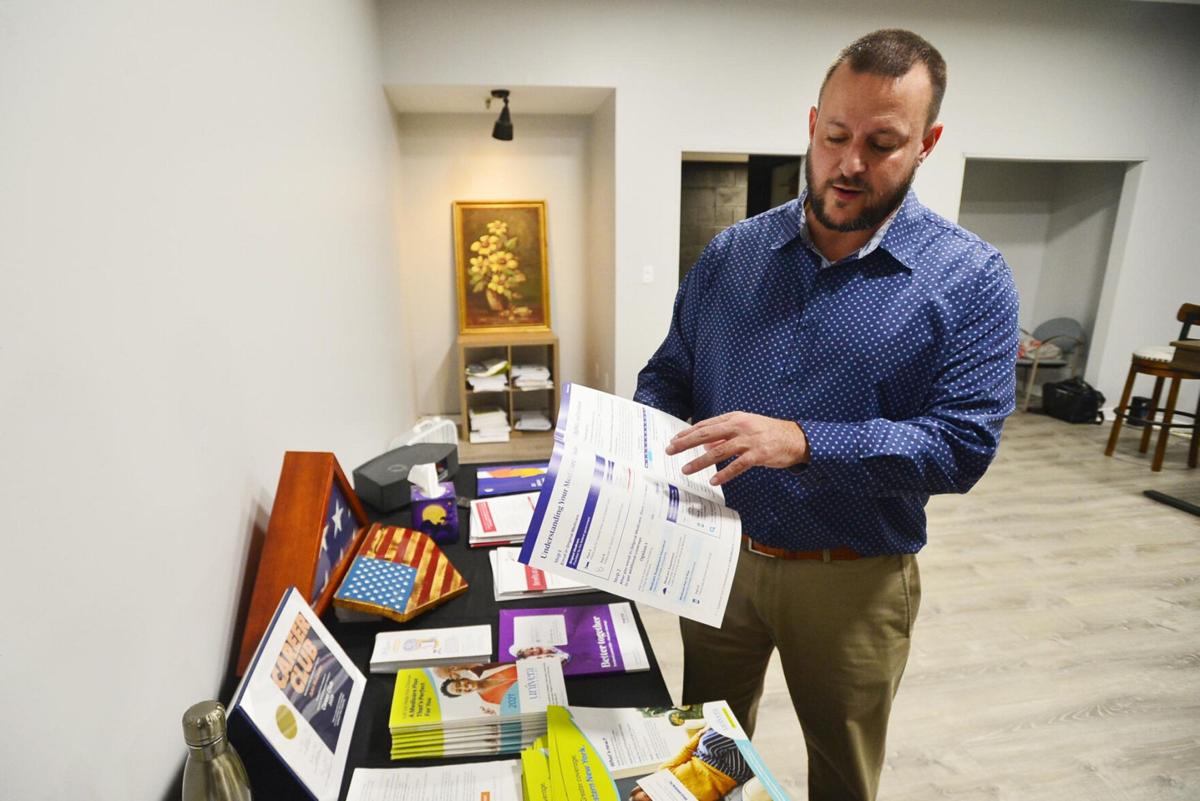 Mark Gutman/Daily NewsJohn McGowan at his business on Friday after the ribbon cutting.

Mark Gutman/Daily NewsJohn McGowan cuts the ribbon for his business on Friday. To his right is his wife, Jolie McGowan; their children, Isabella, Gianna and Johnnie. At right are his mom, Rose Marie, and her boyfriend, Ed Plante.

Mark Gutman/Daily NewsJohn McGowan at his business on Friday after the ribbon cutting.

BATAVIA — John McGowan has set up shop at 31 Batavia City Centre hoping to help people find the insurance carrier that fits their needs.

McGowan, owner of The McGowan Group, says he bought the space in October and started using it about six months ago.

“I feel like this location’s great, because we’re in the center of Batavia and I really feel positive about this (location),” he said. “I think people want the privacy to sit with me, not to walk into a huge arena and have 50 other seniors sitting there. It’s more of a one-on-one. I don’t have anyone else working in this office besides my part-time admin (administrative) help.”

“On that form, (they) list their name, address, date of birth, Medicare number, I ask for prescriptions and names of doctors,” he said. “From that, I go and check on different networks, and based on, a lot of times on the pharmacy plan, I recommend whether it’s a different carrier or not. There’s several (carriers). If people like a certain plan, whether they’re staying local or traveling. Then, there’s people that are income-based, whether they have a surcharge or they get Medicaid. It’s really involved. It’s a lot. But, it’s really based on people’s income, prescriptions, network, whether they travel or not.”

McGowan said he lives in Pittsford, but is from Batavia.

“I invested in this building, so I’m on the tax roll now,” he said.

McGowan noted his location in the mall is near Washington Towers and the Office for the Aging, with whom he volunteers once a month for Meals on Wheels.

People could come to The McGowan Group and bring masks for safety. If they needed to, they could take advantage of an empty floor space, he said.

McGowan said his business has always been referrals.

“I’m a one-man show,” he said. “In a lot of my business, I work with financial planners ... they refer me business. My wife, (Jolie), she works at Royal Bank of Canada. There’s a team of about eight guys there who send me leads.”

With people being peppered with mailings and phone calls and TV commercials telling them what to do, he said. They need to understand what they have.

McGowan said he talked to people, during meetings in Le Roy, who told him they’d seen New York Jets Hall of Fame quarterback Joe Namath on TV telling them “to do what Joe says.” Namath has done commercials for Medicare.

“It’s creating a surge in my business, because they’re calling me back again, saying, ‘I’m not going to call Joe. I want you to tell me what they’re talking about,’” McGowan said.

McGowan said he still lives in Pittsford and has an office on Monroe Avenue in Brighton.

“I rent space from a friend of mine who has his own company ...” he said. “I have three people in Buffalo at a location on Niagara Falls Boulevard. They all have their own business so I’m just their resource center. If they get in a spot where they don’t know what’s going on, I help them with the situation.”