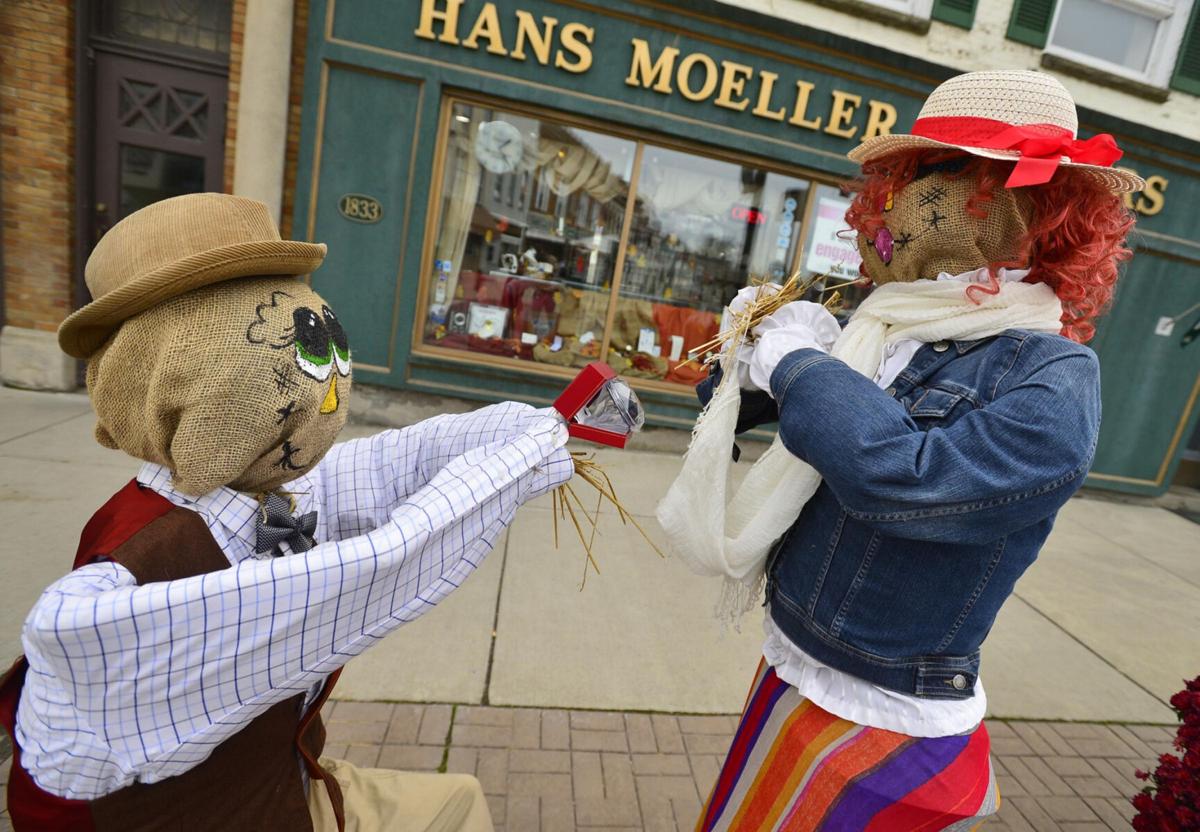 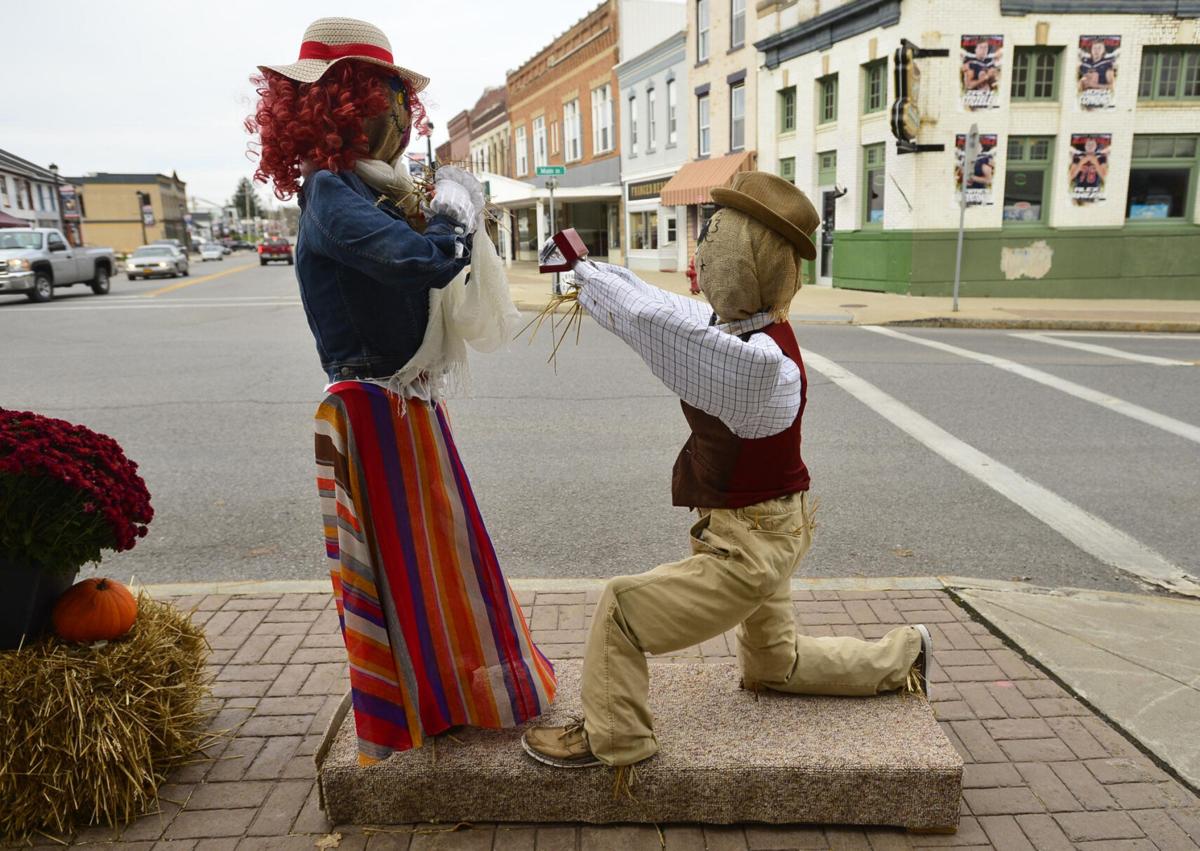 A scarecrow display in front of Hans Moeller jewelers paid tribute to founder Hans Moeller and his wife Rosie. They won first place in Attica’s first ever contest as Hans, a community stalwart coincidentally passed away last weekend. 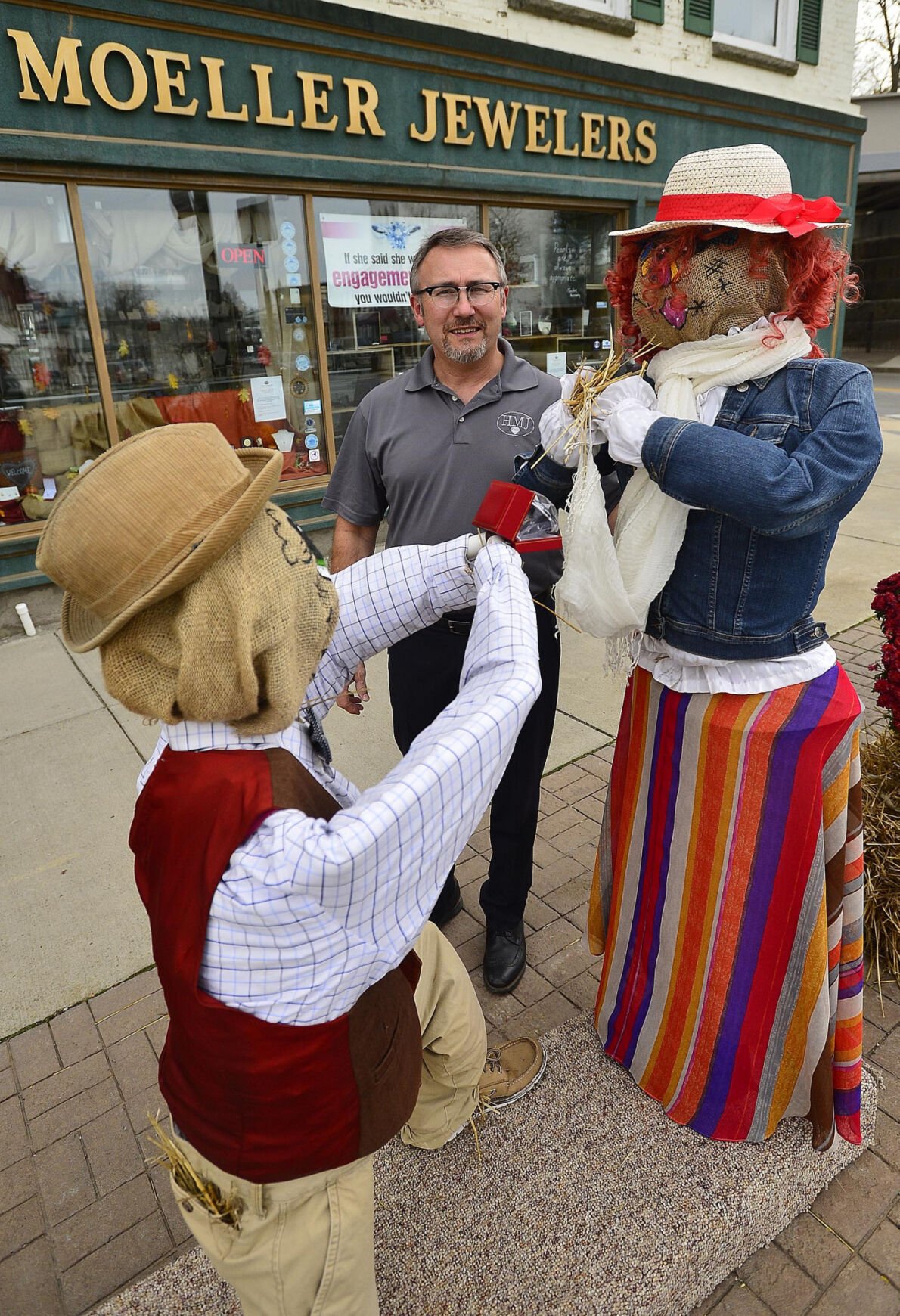 A scarecrow display in front of Hans Moeller jewelers paid tribute to founder Hans Moeller and his wife Rosie. They won first place in Attica’s first ever contest as Hans, a community stalwart coincidentally passed away last weekend.

ATTICA — Hans and Rosie Moeller’s story is one of true love.

So it was appropriate that the two scarecrows in front of Hans Moeller Jewelers were dubbed “Hans and Rosie” for the village’s inaugural scarecrow contest. One of the figures is proposing to the other and the store sells engagement rings.

The tribute to the Moellers gained even more poignancy last weekend. It simultaneously won first place in the scarecrow contest while the real-life Hans passed away at home with Rosie, his wife of 70 years, by his side.

“The two of them came through so much,” said Bill Hardie, a former employee of Moeller’s who has owned the jewelry store since 1990. “There was a lot involved in getting them where they were. Of course they lived thorough World War II Germany and made it over here in 1950 and did well. They led a good life here.”

Born in Nuremberg, Hans met Rosie when they were young, and they dated before he was called to war. They were separated and lost all their belongings, but ultimately found each other again and married.

They were invited by a relative to resettle in Attica after the war and faced even more challenges — immigrating to the U.S. with a single trunk of belongings whose contents didn’t survive the voyage.

Hans then served in the U.S. Army during the Korean War and was quarantined at a V.A. hospital for two years due to tuberculosis.

But he and Rosie persevered. They made connections and Hans’ watchmaking skills became well-known in the area.

The couple opened their jewelry store together and became paragons in Attica — Hans continued to work part-time and repaired watches at home until he turned 90 three years ago.

Hans and Rosie raised a devoted family and made many friends throughout the community.

Hardie started working for the Moellers as a 14-year-old 42 years ago, when he’d mow the couple’s lawn. He went to school for watchmaking and jewelry, and became an employee at Hans’ store before eventually taking over the operation.

“I learned much more from him than I did in school, that’s for sure,” Hardie said. “He just had an exceptional demeanor about him. He was just pleasant beyond pleasant and a terrific person.

The contest was fun, Hardie said. A person who works with him brought up the idea and they developed the scarecrows — the store loves participating in such activities for both the community and the competition.

And it only added extra meaning when the scarecrows won — a tribute that turned out to be way more poignant than anybody had envisioned.

“It really was a tribute to them,” Hardie said. “They were together for over 70 years and actually Rosie was a redhead.

“It was kind of a cool tribute,” he continued. “It worked out all the way around. We’re an engagement ring store and the proposal between the two of them, it worked out very well.”