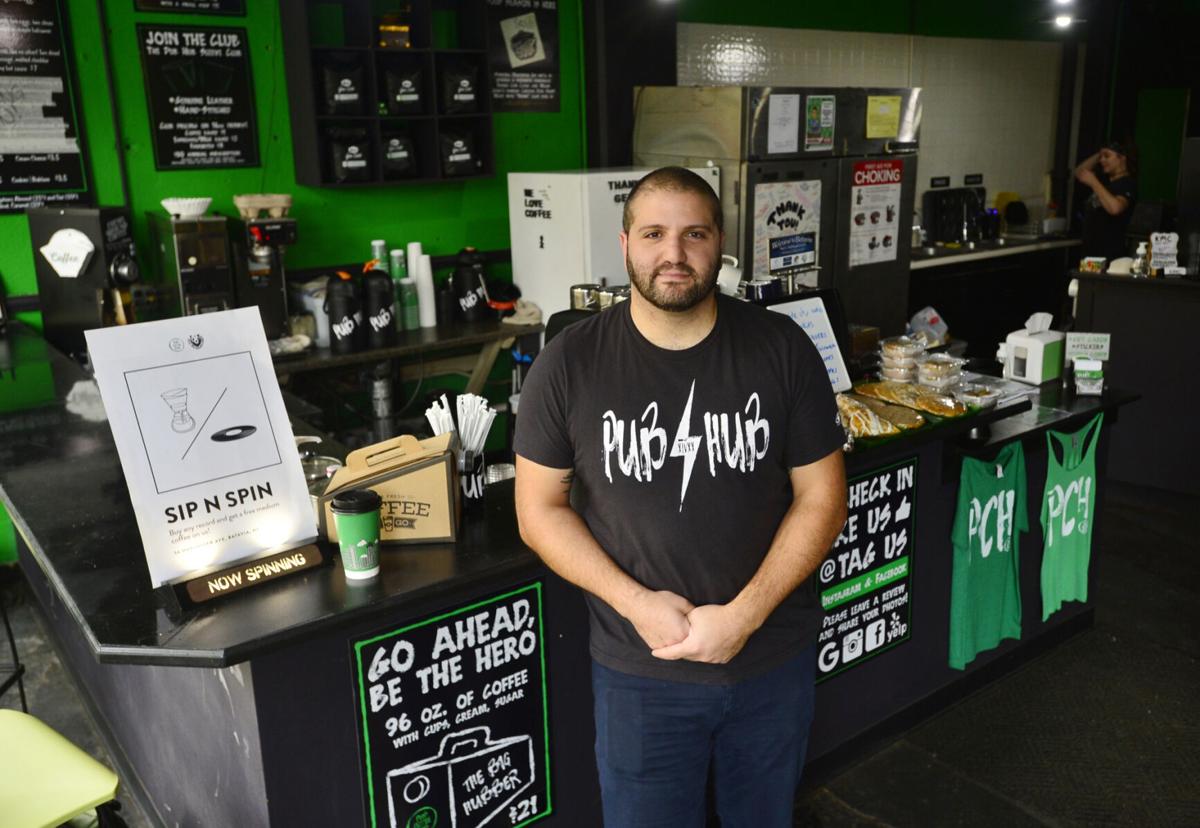 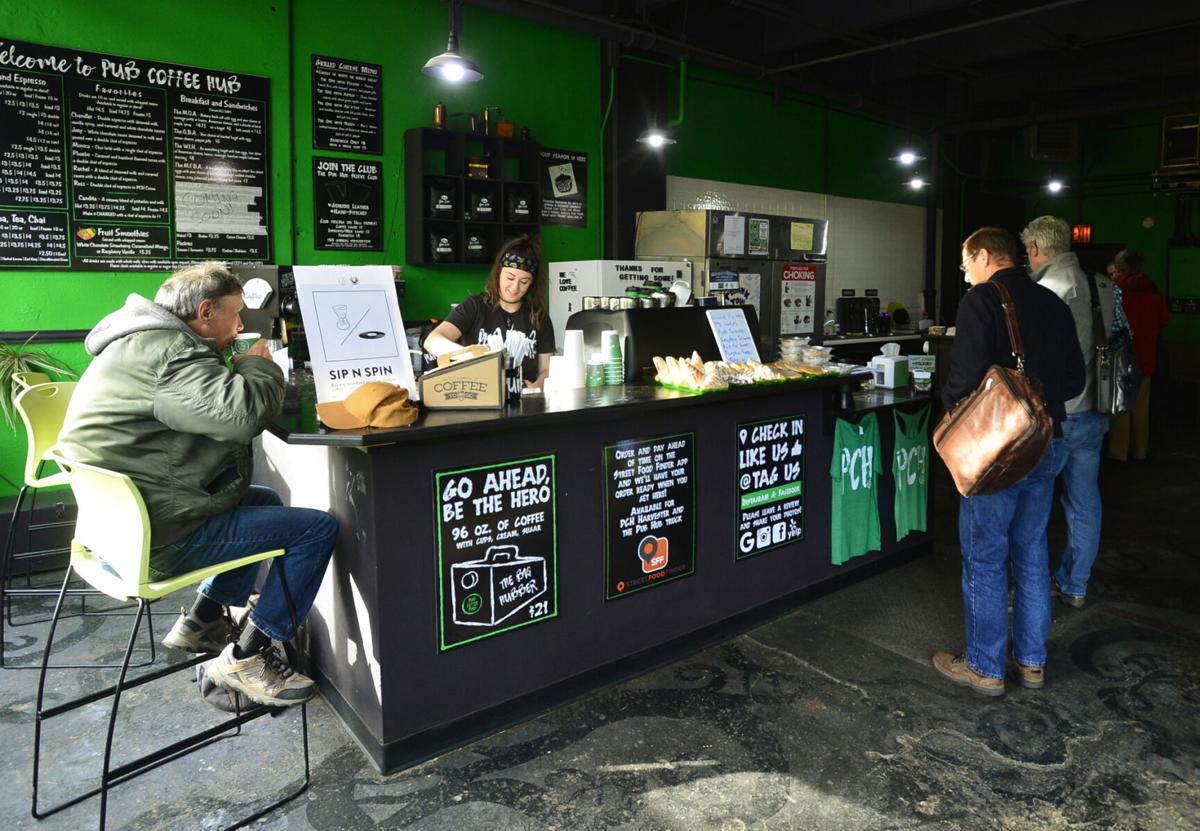 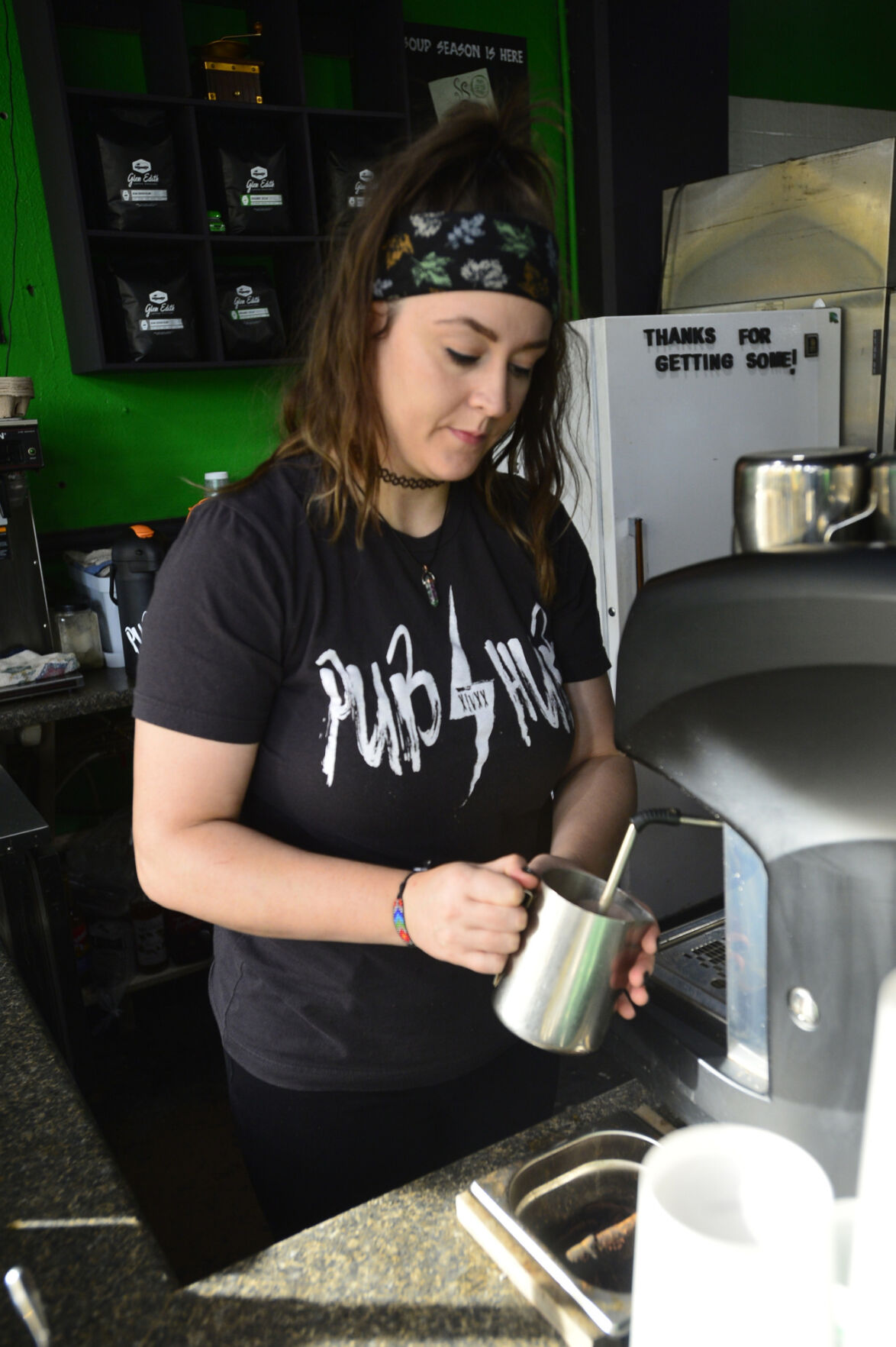 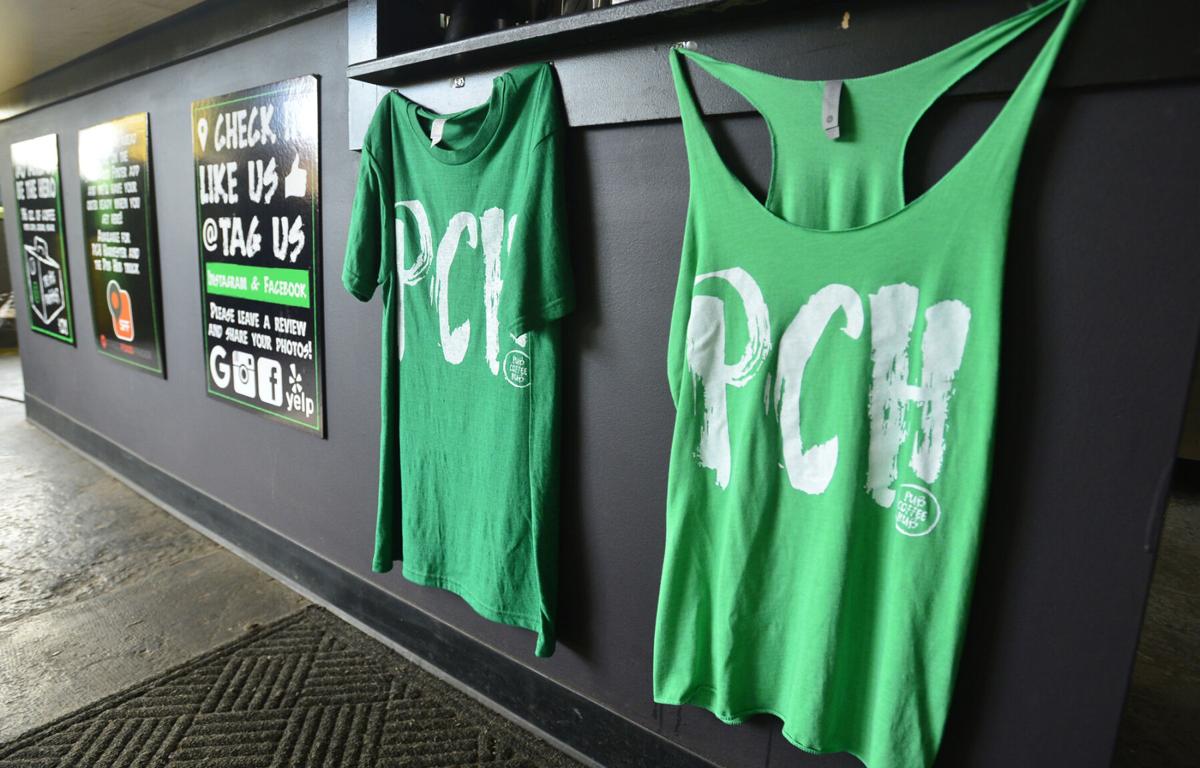 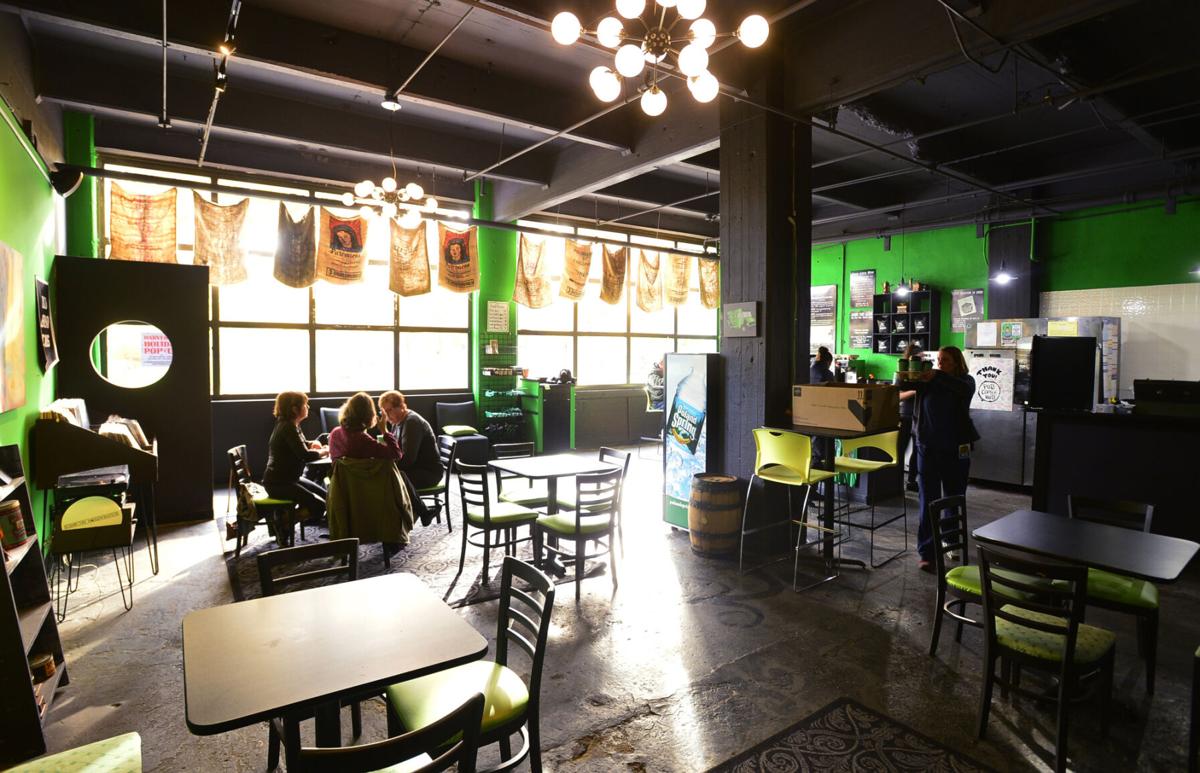 BATAVIA — After about 15 months at 56 Harvester Ave. in the Harvester Center, Rob Credi and Pub Coffee Hub are certainly settled in.

There’s still room for change, though, such as a change in the menu.

Credi, who owns the business, said three breakfast items have been added to the menu.

Starting Friday, Pub Coffee began minimizing lunch options and maximizing breakfast options. One of the new items is a burrata egg sandwich. The other two items are bagels and lox, and a falafel sandwich.

“Those will compliment our existing breakfast menu, which has been a huge seller for us,” he said. “I try not to mess with something too much, unless it’s obvious that something’s not selling. Fortunately, we haven’t had a situation where nobody was buying something and we had to eliminate it. Usually, it’s things that are selling well, but we feel like changing it up a little bit might attract more people, fill a need in Batavia.

“There are things that blend the breakfast-lunch menus together,” he said. “It’s just giving the people what they want. We’ve seen those trends of people looking for more breakfast-style things, so we’re going to focus on that. We still have a grilled cheese menu, which has more of a lunch type vibe to it.”

Credi said there really isn’t a place like Pub Coffee Hub, that does a variety of breakfast sandwiches, unless you’re going to a chain.

“It’s adapting to what the community needs/wants. We really listen to what people are looking for and try to fill those voids,” Credi said. “People are constantly giving feedback and input, and a lot of it’s good, and a lot of it doesn’t make sense. I always try to listen and try to make the most sense of, ‘Is what they’re asking for something that other people are asking for? Is it something that I can execute effectively?’”

If a suggestion sounds like a great idea and can be added to Pub Coffee’s operation, he’ll do it.

“There’s certain things people suggest that I just don’t feel fit our motif or what we’re going for,” he said. “I’m really happy where we’re at right now with this new menu renovation that’s coming out. I would foresee that being a solid springboard moving forward without having to mess with it too much.”

Credi said the first event the Pub Coffee Hub is hosting which people can sit down and watch will be Nov. 13. It’s a play, written by Eric Swieg and performed by Richard Ferris, called “From Here to There: Anaphoric Verse Drama.” It will be from 3 to 4 p.m. There are two shows included in this event.

“Having the opportunity to bring in 20 people at once to watch a performance, it’s our first event to do that,” he said. “I’m hoping this is going to be the first of many (events) to come.

The Pub Coffee Hub opened Aug. 10, 2020, at 56 Harvester. The Moon Java Cafe, its predecessor, had closed in March 2020. Credi said Moon Java owner Renee Smart reached out to him to see if he wanted to run a shop there.

Credi said he thought about it a little, but felt that Smart had done a great job building a presence at 56 Harvester.

“In the end, it was kind of a no-brainer because I knew how successful she had been and had cultivated a really great culture here for it,” he said.

Credi said the Mancuso Business Development Group, which used to own the Harvester Center, was helpful to work with as he got started in the location.

“It was just aesthetic things. She (Smart) had all the equipment and the general layout stayed the same. I just painted it and moved some stuff around. When I opened this, it was really just the same operation as the food truck — all the same menu and concepts,” he said.

Pub Coffee has been well-received by customers, though there were a handful of customers who had to get used to the new coffee shop being there instead of Moon Java, Credi said.

“They came in and expected to see things a certain way,” he said.

Having run Main Street Coffee in the early 2000s, Credi said, he had friends he met at that time.

“For me to get back into the coffee industry, it wasn’t too much of a surprise to some of those people, who had started frequenting Moon Java because Main Street Coffee was no longer around,” he said. “I’m seeing a lot of the same regulars now that I had 18 years ago, when I had a place on Main Street.”

Mostly, Credi said, the food truck gave Pub Coffee Hub a presence in the community. People made the transition to coming to a physical location rather than just stopping at the truck. That, combined with the regulars from Moon Java continuing to come, along with people working in the building who came down every day for coffee, everyone was excited to see a new coffee place opening.

“Everyone was very sad when Renee closed, so to see someone come in and take over where Renee left off, plus someone who had experience in the coffee community, I think everyone was really receptive to it. We had a really strong response right from the beginning.”