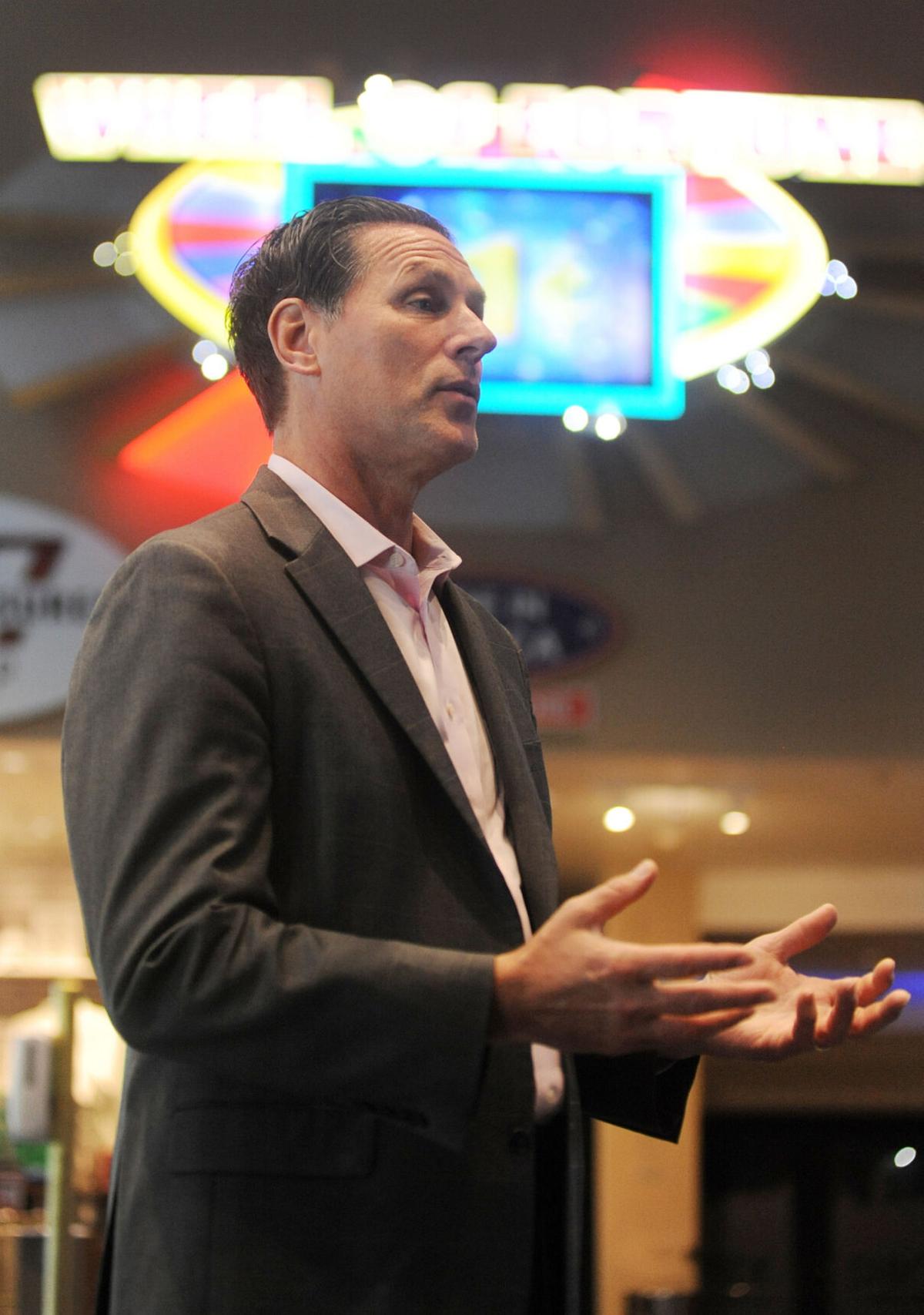 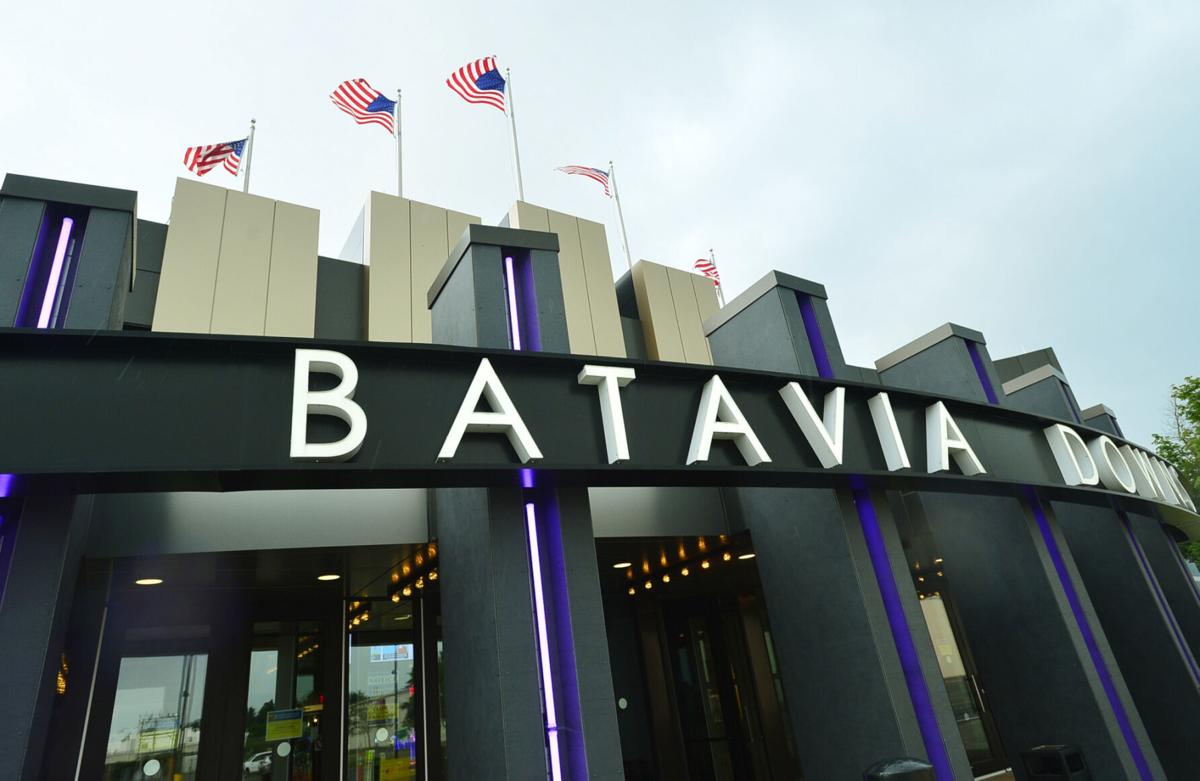 Mark Gutman/Daily News Batavia Downs is keeping the gaming floor and other facilities sanitzed while hoping to hear about guidelines for a reopening.

Mark Gutman/Daily News Batavia Downs is keeping the gaming floor and other facilities sanitzed while hoping to hear about guidelines for a reopening.

BATAVIA — With about $24 million in projected lost revenue over the last four months and about 300 employees currently on furlough, Batavia Downs is hoping for an update on when it can reopen gaming operations.

Asked Thursday about the Batavia Downs employees and how they’re doing, Western Regional Off-Track Betting Corporation (WROTB) and Batavia Downs Gaming & Hotel President and CEO Henry Wojtaszek admitted the situation has been very difficult. The 300 employees furloughed have jobs on the gaming floor and in related positions, he said.

“We had everybody on staff for a period of a month, even after we were closed. We were closed by the state. We were fortunate enough to get a PPP (Paycheck Protection Program) loan where we kept everybody on staff and being paid and kept their health insurance up for them. Then, just within the last week, when we realized the gaming floor isn’t going to be open, we furloughed about 300 people.”

Wojtaszek said there are about 150 people that are supporting the live racing at Batavia Downs, which is scheduled to start July 29, and the OTBs around Western New York, security, surveillance, maintenance and custodial.

“The gaming floor, about 300 people really anticipating, looking forward to coming back to work. They were doing a great job,” he said.

“We didn’t lay anybody off. We have not severed our relationship with any of our employees,” he said.

On the financial effects of the shutdown, Wojtaszek said, “It’s very difficult, as you can imagine. There aren’t many businesses that can be closed for four months and not run into some difficulties. We’re trying to the best that we can. We’re certainly trying to be efficient with the resources that we have, but it’s difficult and we will continue to try to manage those resources that we have in a very responsible way.”

Wojtaszek said the projected $24 million loss means a significant amount of revenue that would normally be passed on to Genesee County, and the city and town of Batavia, isn’t there right now.

“It’s several tens of thousands of dollars that the various local municipalities have been missing out from the last quarter,” he said. “We pay on a quarterly basis to those municipalities. We were off to a very good start, in fact, a great start this year and, unfortunately, this pandemic hit and, like many, many other businesses, we’ve been very negatively affected by it.”

For January and February and for the portion of March that it was open, Batavia Downs reported net win totals of $5,033,198, $5,259,811 and $2,704,566, respectively, according to Batavia Downs information listed on the state Gaming Commission website. Net win revenue is the revenue remaining after payout of prizes to players.

“We’re just anticipating opening as soon as possible for the good of our employees and the good of the community. We are trying to do everything we can to prepare and to make sure that the floor is clean and sanitized. Today, as a matter of fact, we’re putting in those new filters that the governor was talking about that may pull the COVID-19 out of the air. We bought new filters, had them rushed here in terms of delivery. They should be in place by the end of today (Thursday). We’re trying to take every precaution that we can to make this a clean, safe environment so our customers come back and feel very comfortable.”

“When are you going to reopen?”

Wojtaszek guessed that Batavia Downs gets a call every couple of minutes asking when it will be open for options such as gaming.

As Wojtaszek was speaking, an older couple came in. They said they had traveled from Rochester because they were under the impression gaming was open at Batavia Downs. Wojtaszek told them that wasn’t the case, but that live racing is scheduled to start on July 29. The previous start date for the racing season was given as July 25.

“We tell them certainly we’re as anxious to open as they are. We’re just trying to do it safely and in accordance with the rules the state set down,” he said. “We try to assure them that ... I think the most important thing that people want to know is that you have a clean, safe, sanitized environment.”

Wojtaszek said Batavia Downs is logging the calls that come in.

“We’re having surveys done out there to see what people, what their likes and wants are. People want to come back here,” he said. “The Seneca Buffalo Creek Casino’s open right now and they’re very busy.”

Wojtaszek said there were phone calls this week with the state Gaming Commission.

“We also have a trade group that we’re part of called the New York Gaming Association. We had a couple of conference calls this week on those topics of opening the gaming floor as well,” he said. “When they give us what the guidelines are to reopen, we certainly will follow those guidelines and make sure that our customers are comfortable and safe.”

A near reopening June 26

Batavia Downs was initially in Phase 4 of the reopening process, Wojtaszek noted. He said the information came out at a press conference prior to the start of Phase 4 that casinos would not be included.

“Phase 4 started on June 26. We were anticipating fully opening in late June, but I think at some point we were taken out of Phase 4 and we’re waiting to get guidelines,” he said. “As they’ve dealt with other businesses, they’ll issue guidelines relative to what you need to do to be cleared to open. Those have not been made public yet, so we can’t prepare.”

Asked about costs from the purchase of food and beverages or supplies Batavia Downs bought in anticipation of reopening in June that it is not able to use, Wojtaszek said that hasn’t been an issue. Fortune’s Restaurant had been open Fridays and Saturdays for a time in late June and early July, but is temporarily closed right now.

“We opened for a few weekends, but we were smart and efficient in what we were purchasing at the time, We have freezer space. We have space where we keep most of our items in, but I think we’re pretty smart in the way we went about purchasing things,” he said.

“It’s not a good situation to be closed this long and we anticipate opening up, hopefully soon.”

“Some people have been able to do some of the work that we’ve asked them to do on a contract and some haven’t,” he said. “We’ll review them at the time we get open and go from there.”

There is no concern, at this point, that Batavia Downs would have to close permanently due to the situation.

Brad Maione, state Gaming Commission director of communications, said there is no update on reopening at this time and had no further comment.

Gov. Andrew Cuomo’s office referred a question about the timeline for reopening Batavia Downs to the state Division of the Budget.

“New York State has been following the data and latest science on the virus to reopen the economy safely and we are doing the same when it comes to casinos,” said Division of the Budget Press Officer Freeman Klopott. “Casinos remain closed along with similar activities across the state as they invite social gatherings with customers in proximity to each other while eating and drinking, activities that don’t allow for consistent mask-wearing.

“Nationwide, states are delaying reopening plans and rolling them back as COVID cases spike. We’ve already seen casinos in Pennsylvania, Arizona and Miami reopen and then close due to COVID, and in New Jersey, some are choosing not to reopen rather than contend with strict guidelines,” he said. “In New York, we will continue to track the data, the science and activity at casinos around the country, and will make a decision on reopening them here when health experts determine it is safe to do so.”

Interview with Henry Wojtaszek at The Batavia Downs.