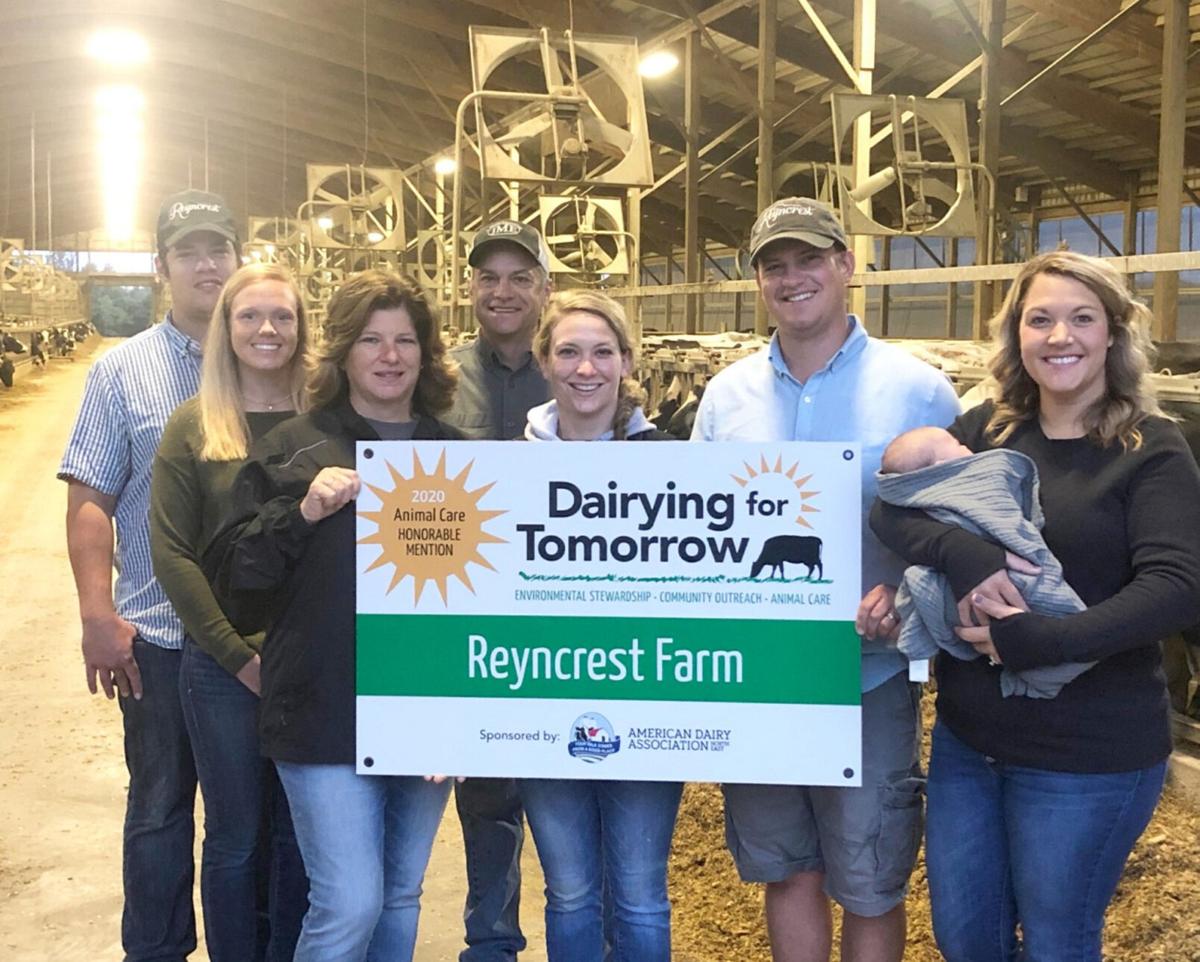 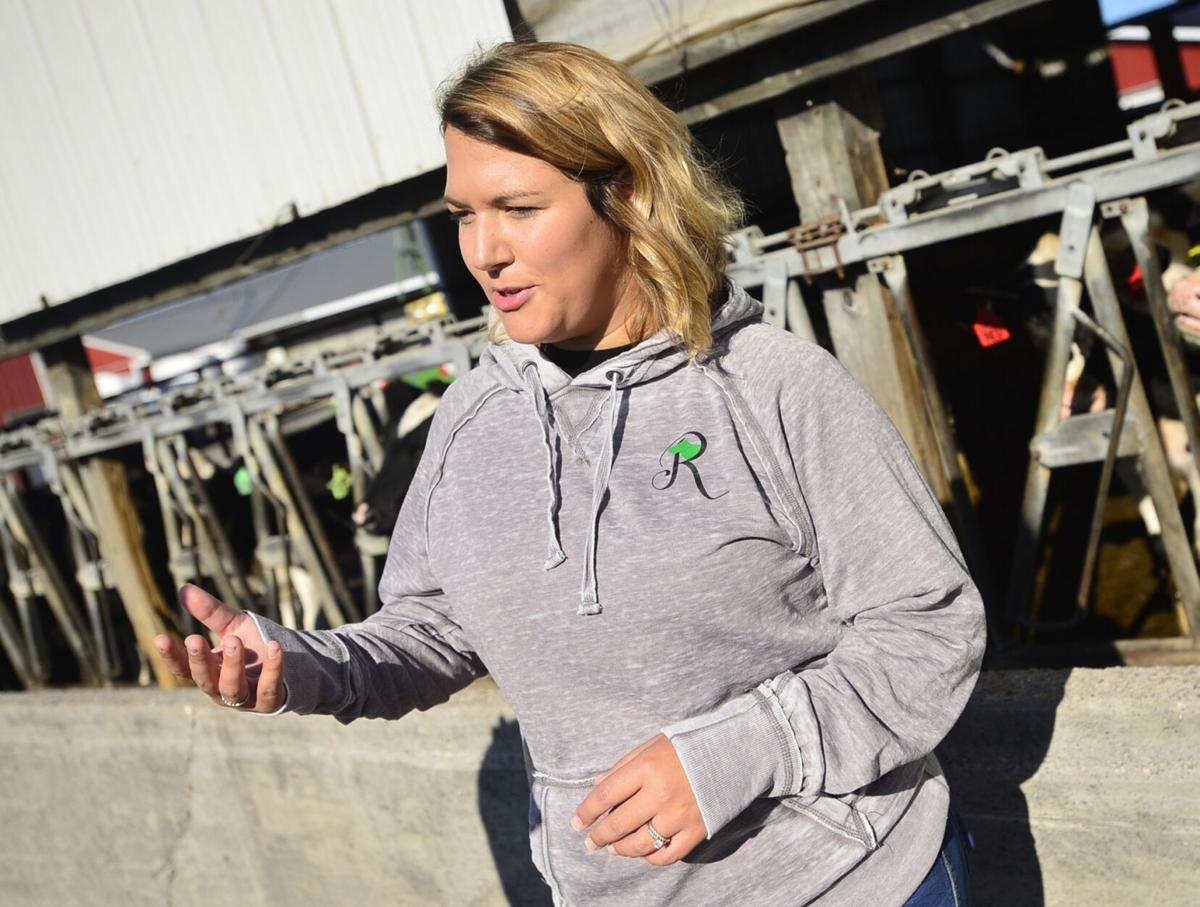 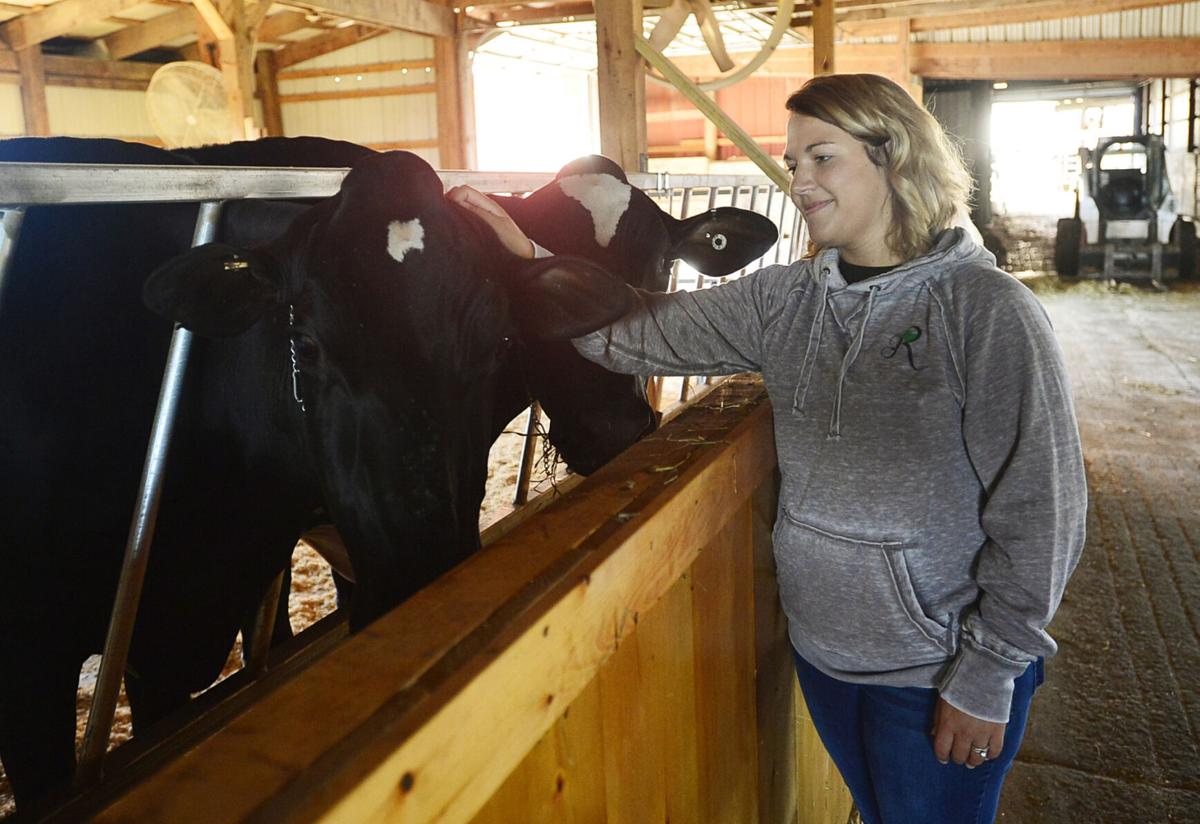 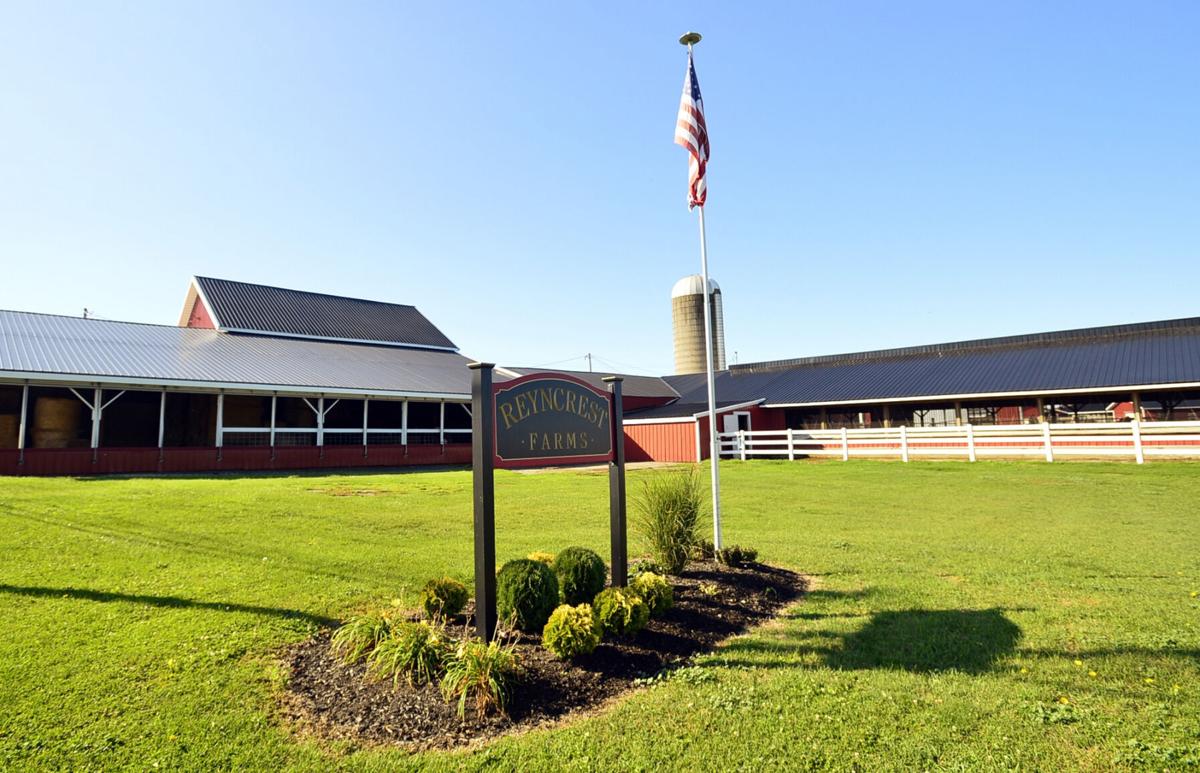 CORFU — Things were fairly quiet Friday morning at Reyncrest Farm on Alleghany Road. Cows were in the barn, waiting comfortably to be milked later that day.

Taking care of these cows was one of the reasons Reyncrest Farm, owned by John and Shelley Reynolds, earned a Dairying for Tomorrow Award in the Animal Care category from the American Dairy Association North East.

“It is nice to have an award like that. We’re so proud to have our kids working with us. All of us feel the same way about it — our animals come first,” Shelley said. “Everyone who works here, we all feel the same way — that that is how things need to be done.”

The Dairying for Tomorrow Awards, sponsored by American Dairy Association North East, recognize dairy farms throughout the Northeast that have taken their level of care and commitment one step further into the future of dairy farming, the association said.

American Dairy Association said a few reasons Reyncrest Farm was recognized for its animal care include:

• upgrades to the milking parlor so cows spend less time there and more time in the free stalls;

• enhancements to a new free-stall barn where cows have access to deep sand beds, sprinklers to keep them cool In the summer and rubber flooring to stand on for comfort;

Reyncrest Farm is a third-generation family farm. Edward Reynolds started the farm at 9666 Alleghany Road in the 1950s. His son and daughter-in-law, John and Shelley Reynolds, own it now. Edward Reynolds’ grandchildren, Tyler, Andy and Mackenzie Reynolds are the third generation working at the farm. Reyncrest milks 1,200 registered Holsteins, farms 2,400 acres and shows cattle nationally.

“We have about 20 employees total and 10 of those would be family members,” said Tyler Reynolds’ wife, Kelly.

Kelly Reynolds said when Reyncrest began, it was milking about 200 cows in a small milking parlor where they were able to milk 12 cows at a time. Since then, the farm has grown and is now able to milk 40 cows at one time in a larger parlor.

“Technology has come a long, long ways since the 1950s, so we’re doing a lot to manage how we care for our cows. The cows are bedded on sand stalls, so that helps keeps bacteria down and it helps keep the cows really clean and comfortable as well,” she said. “Another thing that’s come along way is technology and how we manage our cows. All our cows are fitted with a collar that is like a pedometer. It tracks their activity, how much they’re eating, how much they’re laying down. We are able to pinpoint any cows that might be laying down more or not feeling as well. That technology has really helped us to better care for our cows and just have a better idea of what’s going on on the farm and what’s going on with how our cows are feeling.”

Shelley Reynolds said, “Our feelings are that taking care of our animals has always been a passion of ours. John’s parents taught him and then we taught the kids.

Kelly Reynolds said the cows are housed in a free-stall barn, which means they can walk around freely.

“They can pretty much walk around all day. They live on their own schedule, which is really nice for them, other than the three times a day that they’re milked,” she said. “They decide when they want to sleep, when they want to eat. Those free-stall barns really allow cows to just live in an environment where they can do what they want when they want. That really just helps keep our cow comfort up and helps them to produce milk and eat what they want.”

“I try to let our community members know what’s going on at different points in time, such as when we’re going to be doing harvesting, so that they’re aware of that, if we’re going to be on the road with equipment and trucks, so they know what we’re doing on the farm, what we feed to our cows, what we might be building, things like that,” she said. “Other farmers can see what we’re doing and maybe implement some of those things. For instance, this summer, we put up shade cloths on our barns back at the dairy. That really helped keep the barns cooler, keep the cows more comfortable. We got that idea from other farmers and other farmers took that idea as well and expanded on it.”

Tyler, Andy, Mackenzie and Kelly had been at the North American Open Holstein Show on Wednesday in Circleville, Ohio.

“Our family, in addition to milking cows, we also have some show cows. We actually just returned from an event yesterday in Ohio, where we exhibited our cattle against people from all over the United States,” said Kelly Reynolds. “We breed for certain genetics and things like that to try to capture that market as well. Not only do we sell milk, but we sell cattle for breeding stock.

“We’re finished with harvest. We’re just kind of getting ready for winter at this point,” she said.

“Our son, Tyler, is judging a few other shows, but as a farm, I think that was probably the last one of the year,” Shelley Reynolds said of the show in Ohio.

“We were really honored to win this award because cattle care is something we take a lot of pride in. My sister-in-law (Mackenzie Reynolds), she works with the cows every single day, making sure that they’re healthy and producing milk is of utmost importance to us,” Kelly Reynolds said. “Winning this award was really nice to be recognized for our efforts in taking care of the cows like we do every day.”

Shelley Reynolds said the American Dairy Association was in touch with Kelly and that the association notified Kelly of the Honorable Mention for Animal Care a few weeks ago. Reyncrest received a sign signifying the recognition it earned.

“We’re just happy and very proud that they give out an award like this for something that we enjoy doing every day,” Shelley Reynolds said. “I believe they (the association) ended up getting a hold of Kelly and she sent us a text. We were in the middle of chopping corn when the sign came from them. Kelly said, ‘Oh, they would like a family picture.’ We just did that ourselves. One of the fellas who works for us was able to take it for us.”