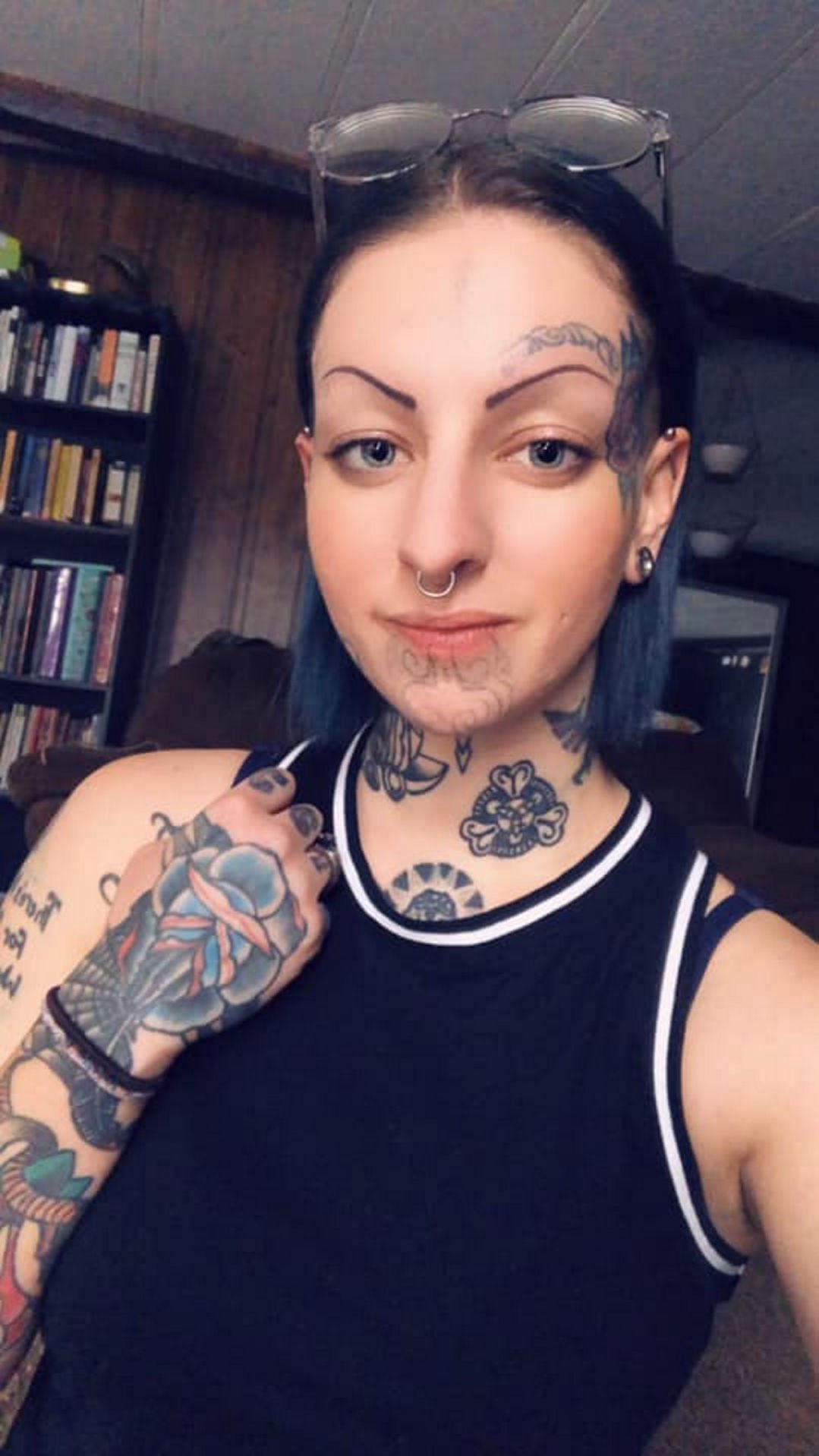 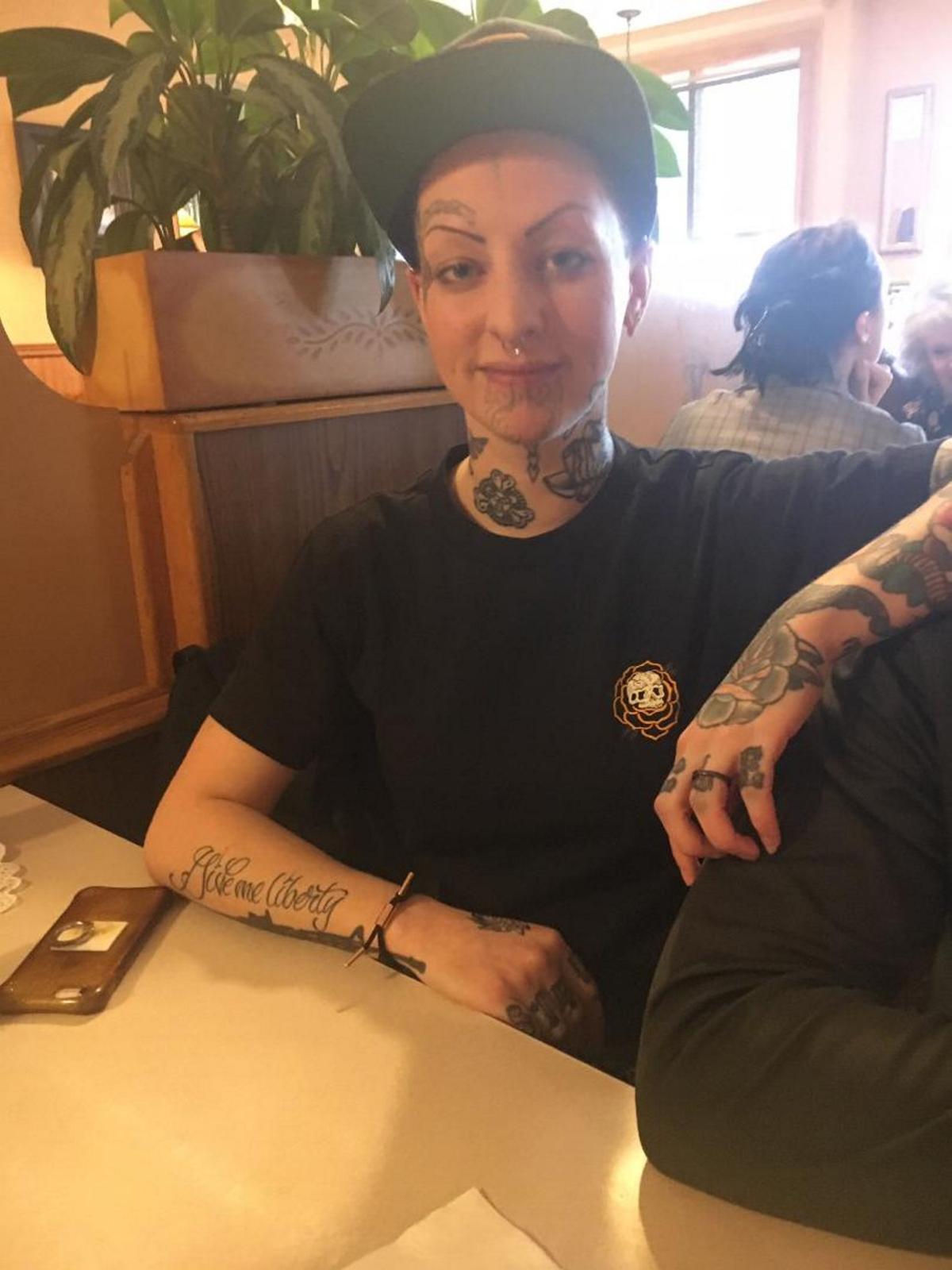 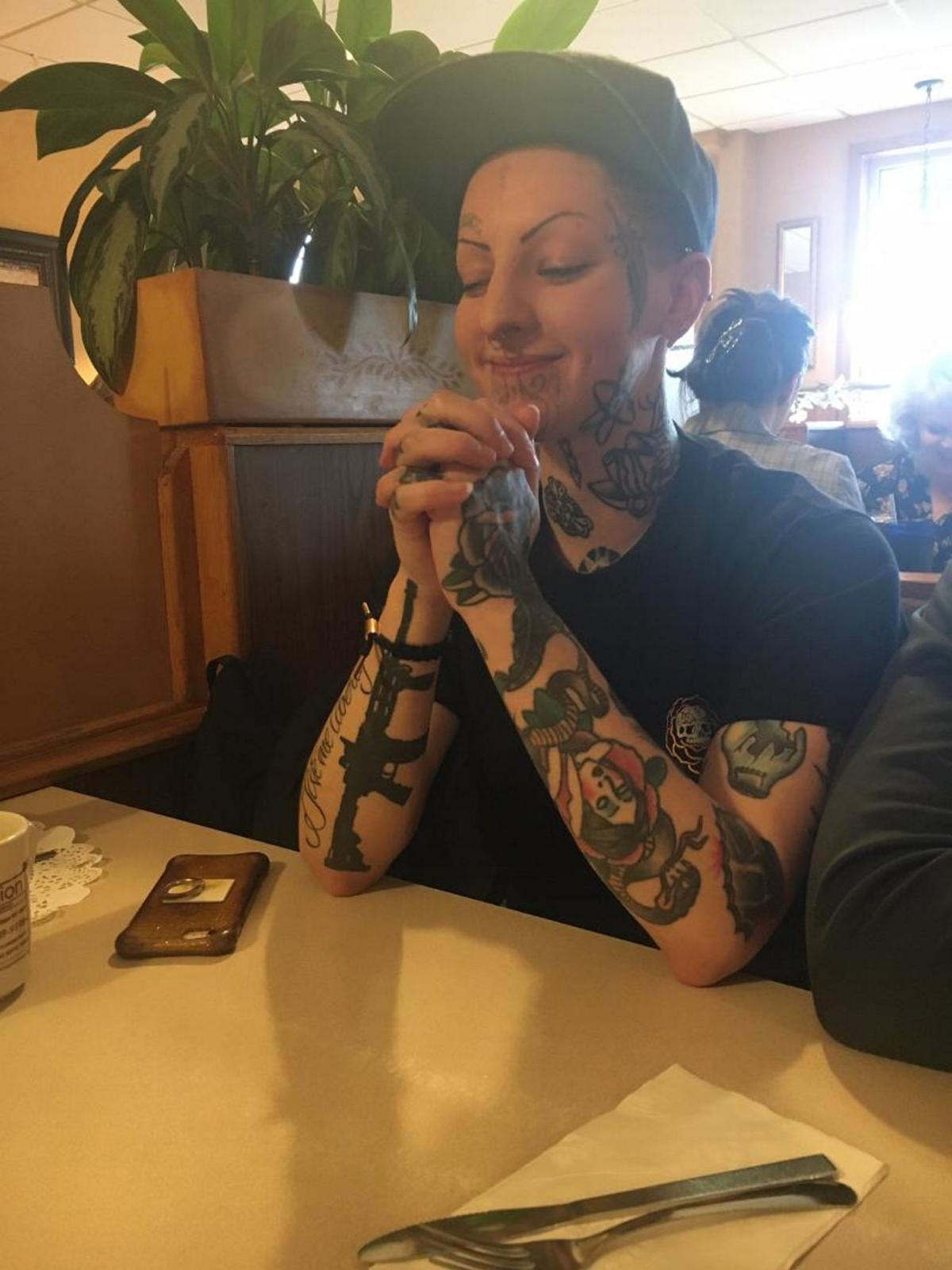 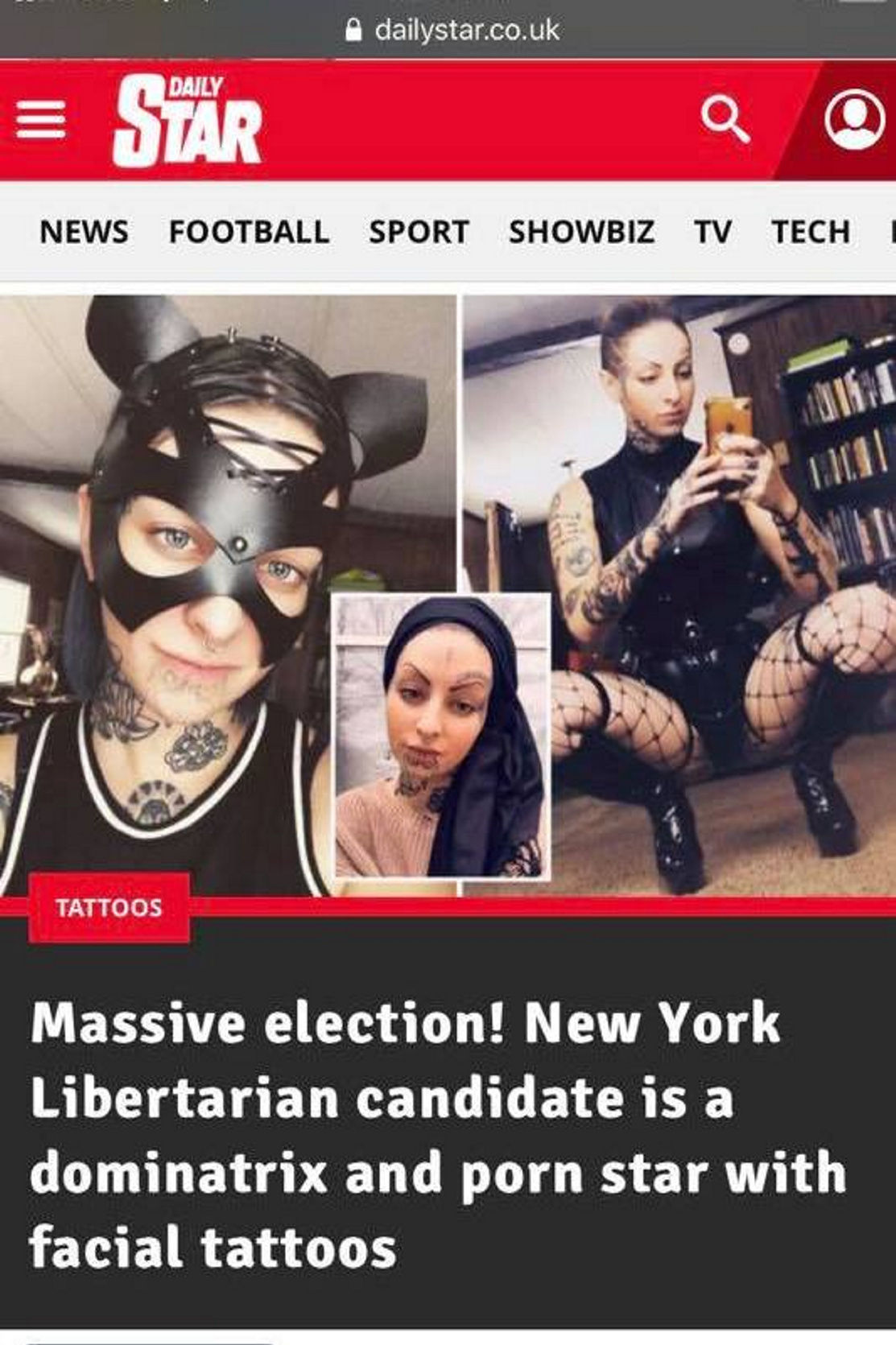 Chase Tkach was featured in The Daily Star in UK earlier this week. 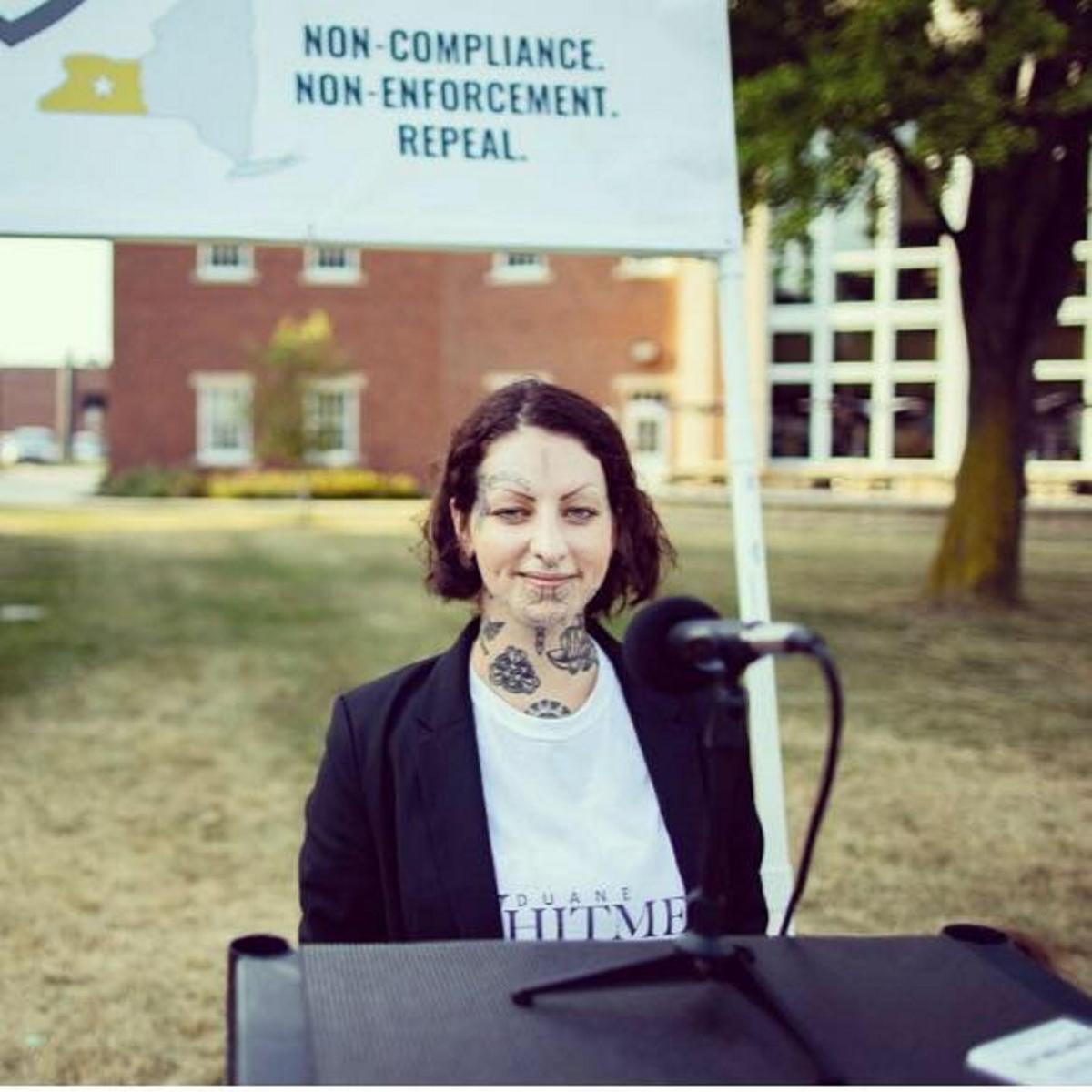 Chase Tkach was featured in The Daily Star in UK earlier this week.

ALBION — To describe Chase Tkach is a daunting task, much like the one she faced when running as a third-party candidate for a seat on Orleans County Legislature last fall.

She’s a grade-school dropout. A third-year college student. A mother. A rebel. A politician. Founder and Head of the Orleans Libertarian Party.

She also happens to be a friendly, articulate young woman with a passion for politics and change and who won’t back down when challenged.

To say Chase Tkach is shaking things up in the rural, vastly conservative Orleans County is an understatement.

“She’s quite a character,” said Tony D’Orazio, vice chairman of the State Libertarian Party. “We’re a party full of characters. We have people who are very professional and then we have people like Chase. She is very much not a farmer but she has been able to go in and get things done.”

The main thing, for Libertarians, is that Tkach was able to establish a presence in Orleans.

“We tried to get that going for years and she came in and got it done,” D’Orazio said.

Tkach is just 24 and has been living in Orleans County for six years.

She was born in Brockport and moved to Florida at the age of 2.

She dropped out of school in Orlando after seventh grade, got her GED and moved back to New York when she became pregnant at 18.

“I have family here I haven’t seen in years and I wanted to reconnect with them,” she said. “And I didn’t want to raise my child in Florida. I was in Miami and it was really bad. I didn’t want my child growing up in that atmosphere.”

Tkach lived in Medina, renting an apartment, and at age 20 bought a house in Carlton.

Politics came easy as her family was always talking politics.

“At first, I was a registered Republican because that’s what I thought my family was,” Tkach said. “I never heard of Libertarian. I called my dad one day and said it’s funny that you say you’re a Republican but half of your values are not Republican values. He said ‘I’m not a Republican. I’m what’s called a Libertarian. I had no idea!

“I started getting really into it and said this is the best thing ever. This is completely me.”

She began searching for other like-minded people and found them in Monroe County, which has the largest number of members of any Libertarian chapter in the state.

She met with D’Orazio and told me she wanted to form a chapter in Orleans.

First, she got elected to the state committee and two years later, in September, officially formed the Orleans chapter, of which she is chairperson.

In the meantime, she ran for an at-large seat on the county Legislature, challenging incumbent Republican Don Allport.

“It started with me going to a legislature meeting and my opponent was talking about how marijuana was dangerous and should be kept illegal,” she said. “I said ‘you’re wrong for keeping it from people who need it.’ So I want to take his spot because he shouldn’t be there.”

With that, Tkach throws her head back and laughs, which she does often.

She is personable, intelligent and easy to talk to, something that helped her grab more than 700 votes in a losing effort against Allport. That was the most third-party votes of any candidate last year or any other year for that matter.

Orleans, oddly enough, had the highest number of people, percentage wise, in the state who voted for Libertarian gubernatorial candidate Larry Sharpe in 2018.

Still, Tkach, heavily tattooed and pierced, did create quite a stir when she ran against Allport.

The status quo, the leaders of the Republican and Democrat parties, “didn’t want anything to do with me.”

It didn’t bother Tkach one bit.

“I’ve never looked at people in higher positions than me, I never put them above me,” she said. “It never worried or bothered me. I’m like, I feel like I know more than you and I’m going to go ahead and do this and take my shot and keep going until I win. If I’m that confident in what I know, I don’t feel like they can stop me.”

Tkach certainly exudes confidence. It helps that she could not care less about what people think of her lifestyle.

“I don’t hide anything from anybody. I’ve always been that way. I’m not scared of what people think about me. The more that I see people being themselves, it makes me more comfortable being myself. I feel like I want to do that for other people who are struggling to be open about who they are.”

She met with the sheriff and District Attorney Joseph Cardone as a kind of pre-emptive strike.

“I informed them that this is what I do,” she said. “I have contracts and I’m doing this legally. Everything I do is consensual and I told them I don’t want to worry out but just let you know that this is what I’m doing. I want to be normalized, not stigmatized. Sometimes when you’re open and honest about it, that goes a long way. They were both very understanding people.”

She also is open and honest and forceful in beliefs that all drugs should be legalized and, just as important, that sex work should be legalized. She is a protector of rights, especially when it comes to the Second Amendment. That, too, resonates with people in rural counties.

“If I had it my way, you would be able to buy guns out of a vending machine,” she said, half joking. “I want to decriminalize all drugs, not just marijuana. Let the police focus on murder and rape and leave it alone. There’s only so much I can do to convince them, but there is proof and evidence that decriminalization works. Same thing for sex workers. It’s a victimless crime. Consenting adults should be able to do whatever they want, as long as no one gets hurt.”

She does her homework and speaks as if she knows what she’s talking about. Because, she does.

“I’ve met her a few times and we agree on a lot of issues, such as the Second Amendment and we disagree om some issues, which is fine,” said Orleans County Sheriff Christopher Bourke, who also was on the campaign trail last year. “She’s very intelligent and a kind person.”

Tkach did make some friends while campaigning, one being Fred Miller, who serves as the minority leader for the Legislature.

“I had a long conversation with her once and found her quite interesting and refreshing,” Miller said. “The biggest thing is, with young people especially, people make judgements, especially in the political field. I think it’s refreshing for any young person to be interested in politics. I wish more young people would get involved. It’s difficult for them. I’ve learned that in my time with the legislature that so much happens during the day and people don’t have the time.

“I give her credit. Many people sit back and criticize and don’t have the guts to do something about it. She does, and that’s refreshing.”

Tkach won’t be going away, she promises. She is in her third year as a political science major at Brockport College. She plans on seeking a position on the planning board in Carlton, where she lives with her boyfriend and two children, 2 and 5, and is spending this year campaigning for Duane Whitmer, the Libertarian candidate for the 27th Congressional District.

She also plans on running again for the county at-large seat in two years.

“More than anything, I want to change the culture of this place,” she said. “This place is dying. It’s run to the ground. Taxes are too high. I’m a homeowner and taxes are outrageous. There are simple things we can do. Let people beautify their homes without worrying their taxes will go up. We need to get more people to move here.

“I’ve met a lot of friends around here, redneck friends and urban friends and we’re all here for the same reason: We value privacy. Keep the government out of our lives. We value your privacy and we don’t always have to agree on the same thing. We can drastically disagree. But we don’t need the government forcing my values onto yours. That’s what makes Libertarians so unique, is that there are so many opinions. We don’t want everybody looking the same, talking the same or thinking the same.”

Her goal? Ditch the two-party system.

“Your time is coming. Eventually, you are going to get tired of this and I’m still going to be running. I want to do this because I want to see a change in my life, my family’s and everyone around here. I’m serious about what I’m doing and I’m sticking to it.”