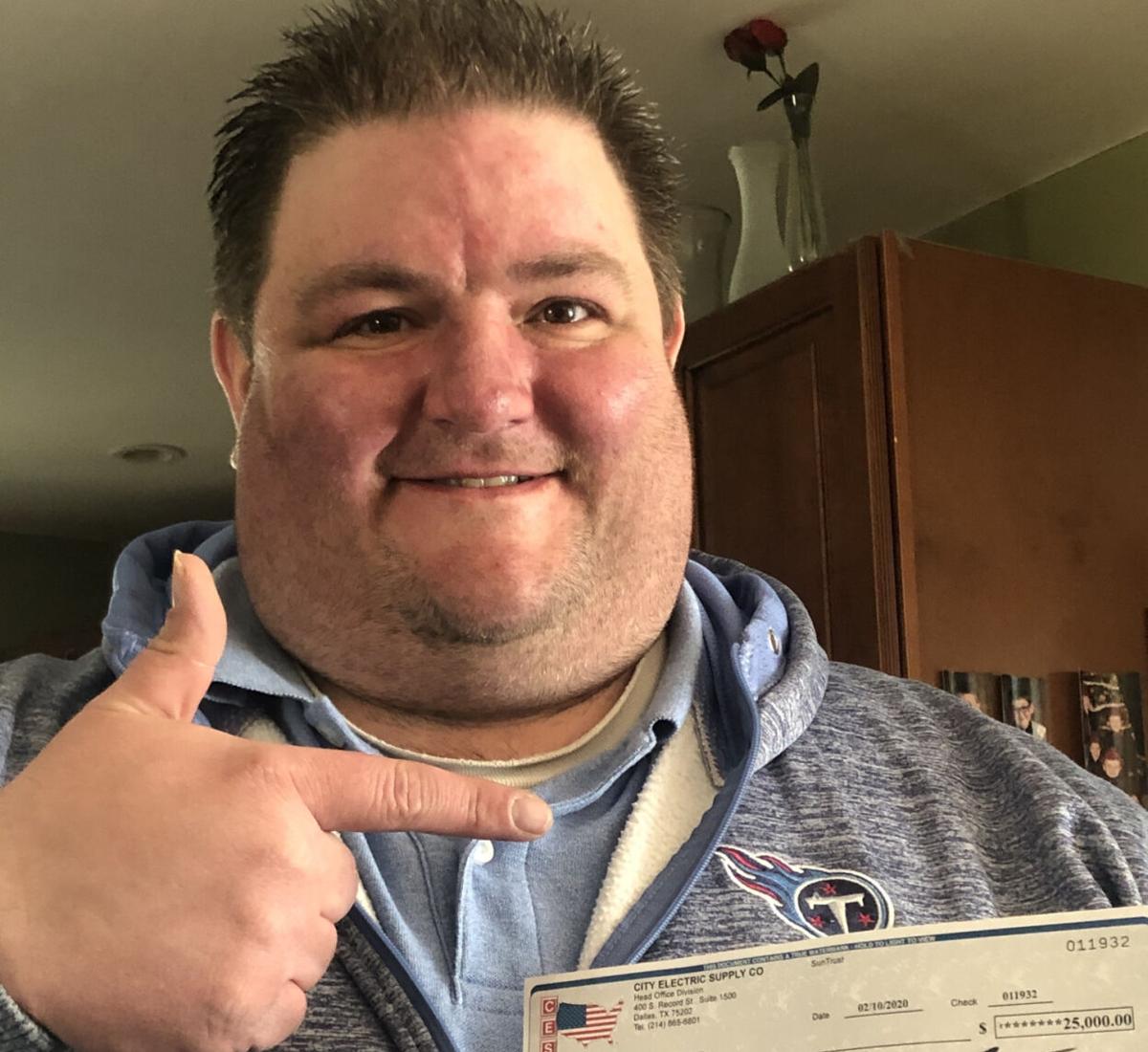 Provided PhotoDansville resident Justin Backus shows off a check for $25,000 that he won from playing random picks from a game of fantasy football. 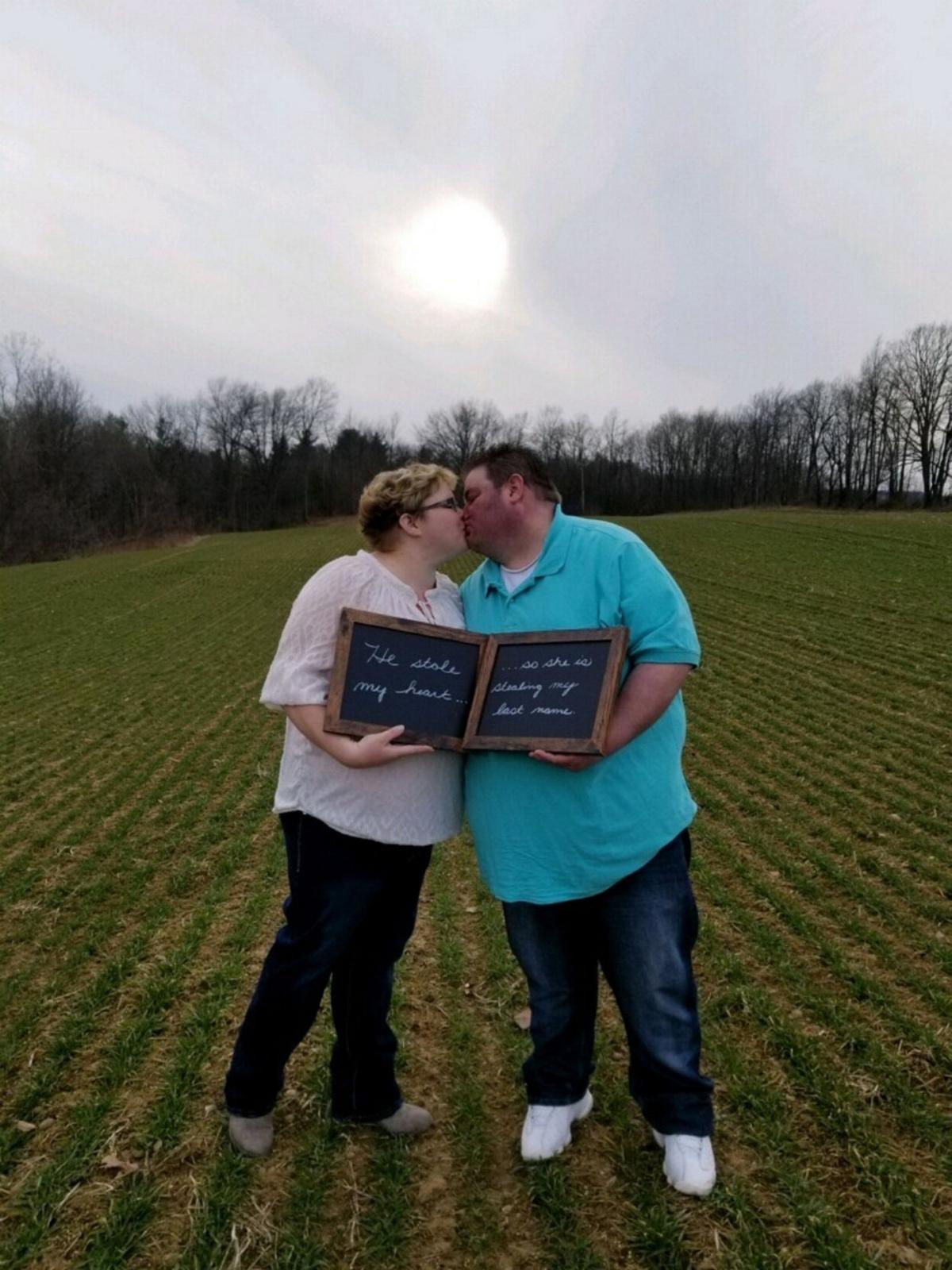 Provided Photo Life is a little sweeter Justine Backus and his finance Lindsey. He recently won $25,000 playing fantasy football. The happy couple says the money will help to pay for their wedding on October 10.

Provided PhotoDansville resident Justin Backus shows off a check for $25,000 that he won from playing random picks from a game of fantasy football.

Provided Photo Life is a little sweeter Justine Backus and his finance Lindsey. He recently won $25,000 playing fantasy football. The happy couple says the money will help to pay for their wedding on October 10.

DANSVILLE - Justin Backus says luck was on his side when he downloaded an app and started playing fantasy football.

Those random picks ended up netting Backus a $25,000 cash prize. He said even after learning he’d won, it didn’t sink in immediately.

“I could not believe it at first,” he said “It did not really sink in until the check was in my hands. Then it cleared.”

“She could not believe it. She was like ‘Are you serious?’ I was like ‘I am dead serious,’” Backus recalled. “It was just awesome because it helped to pay for the honeymoon.”

Beyond paying for their honeymoon, Backus said the money will come in handy in other ways.

“My fiancee had just got diagnosed with uterine cancer and she is a nurse,” Backus said. “She could not go to work and we had just bought 7.7 acres of land. It was just perfect timing.”

From medical bills to wedding expenses, Backus says the money is helping to take some of the stress out of what was a tough time for him and his finance.

“It was just really neat not to be able to stress about financial matters for things for a little while.

I know most people are wondering how are they going to be able to pay for things or rent. My fiancee was not working and she was not getting unemployment because she was on disability and that does not pay much,” he said.

In addition to using the money to buy something for family and friends, the couple said they also purchased unique shoes for their wedding, scheduled for Oct. 10.

“We are getting married and she got some Buffalo Bills shoes and I got some Tennessee Titans Shoes,” Backus said.

For Backus, playing was never about winning but simply having a good time with friends.

“We just do it for fun and banter back and forth as football fans,” he said. “As long as you can have fun that is what is important, it is not always about all of the money.”

With the ongoing coronavirus pandemic, Backus said fantasy football is not just a fun activity but something people can do together.

“You don’t have to win - you can just do it for bragging rights,” he said. “You are not paying for anything. It just helps to bring the family together and is something that people can do together during COVID-19.”

The $25,000 is something that he also said he would gladly give back if he could have the health of his family in return.

“I definitely would give all of the money back if it would bring my dad back who died of lung cancer in March and help cure Lindsey,” he said.