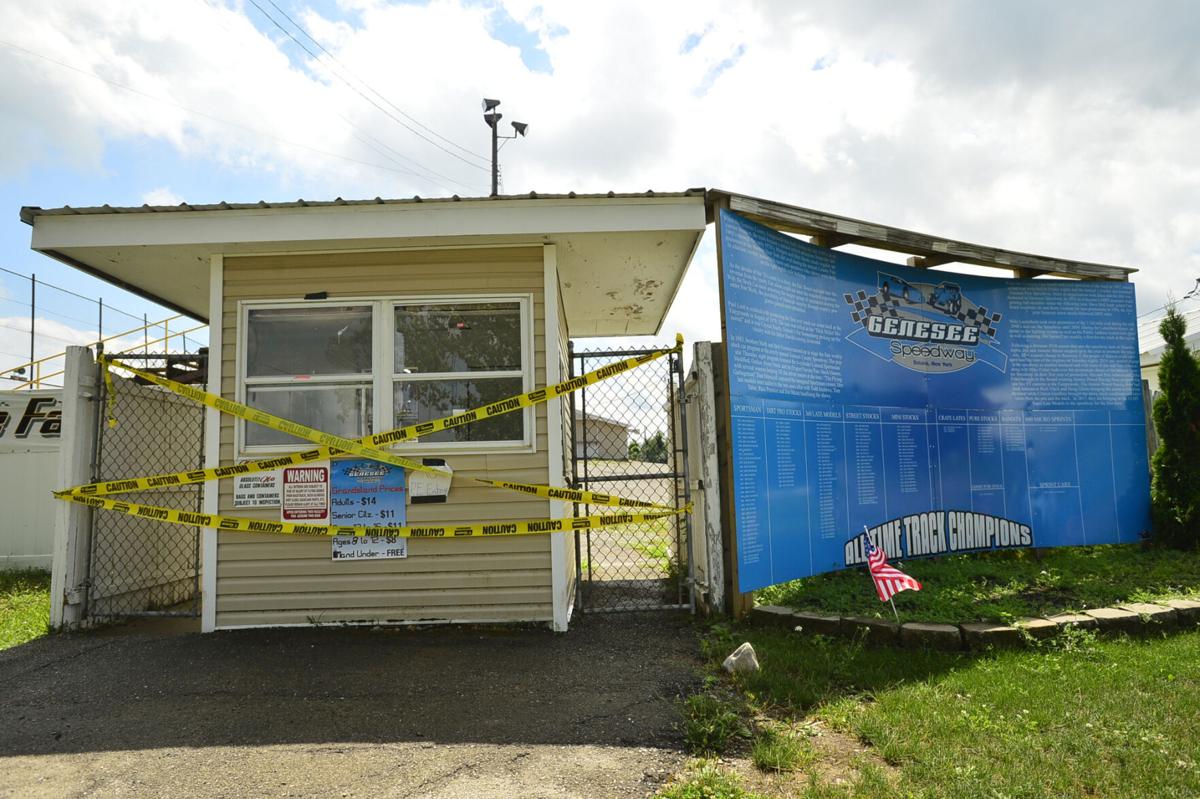 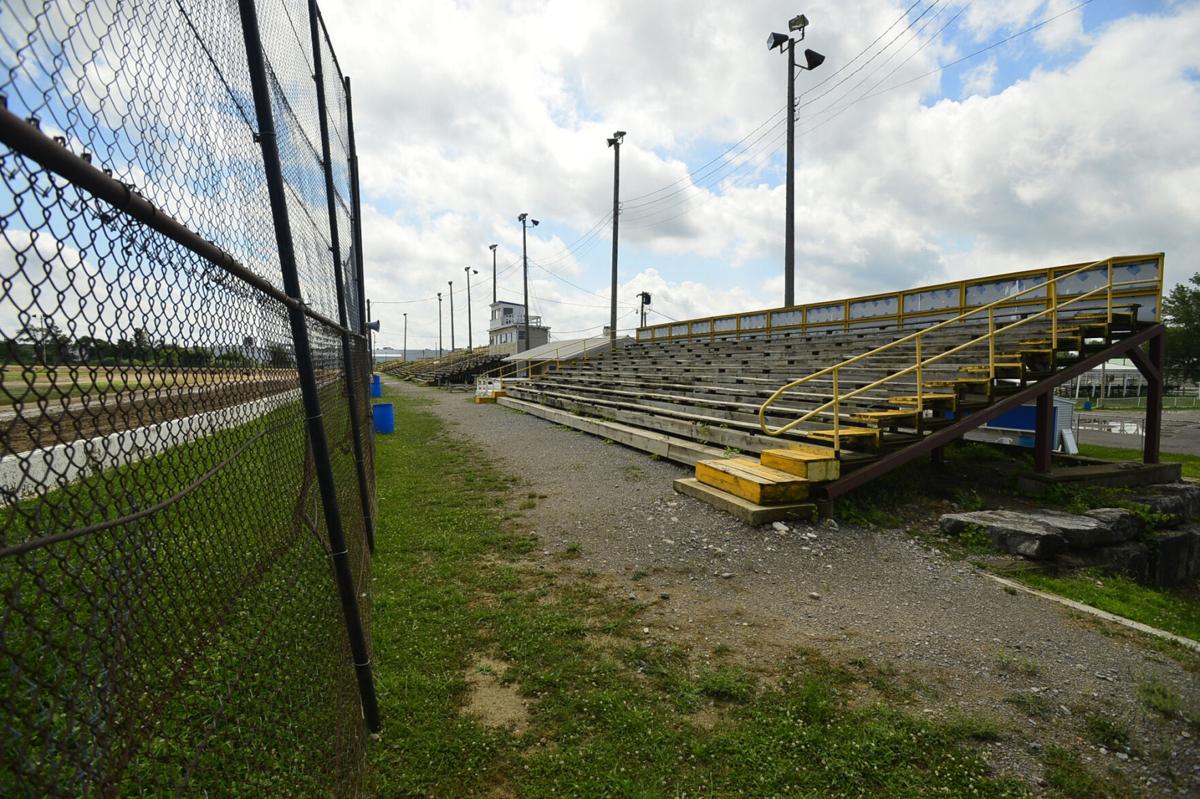 Mark Gutman/Daily NewsThe speedway and the other four tracks say masks can be mandated and social distancing can be accomplished easily by marking seating in the grandstands. 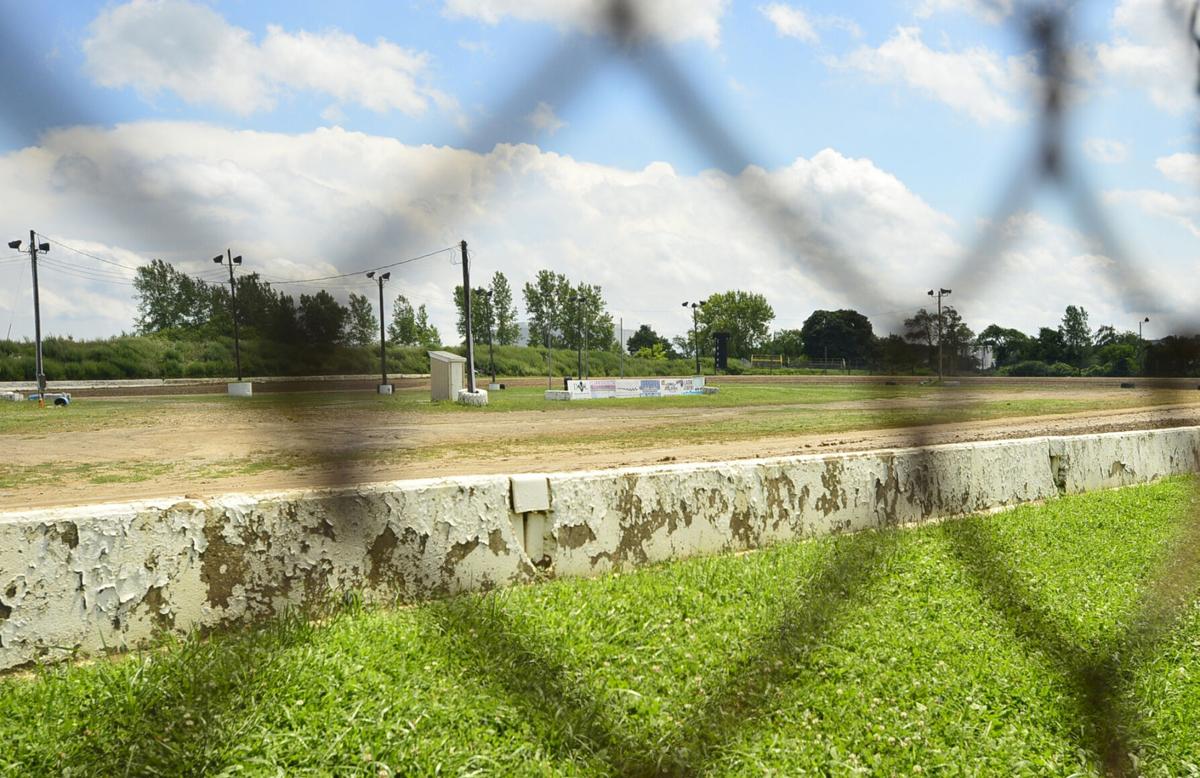 Mark Gutman/Daily NewsThe speedway and the other four tracks say masks can be mandated and social distancing can be accomplished easily by marking seating in the grandstands.

The racetracks, represented by Troy attorney Kenneth McGuire Jr., have brought a lawsuit asking the U.S. District Court for the Northern District of New York, in part, to prevent Cuomo and James from enforcing gathering limits for outdoor activities if the spectators at those gatherings observe social distancing protocols.

“We’re asking for, first, a preliminary injunction against the enforcement of the ‘no-spectator’ rule. We have sued to have that part of the executive order stricken because we don’t believe it constitutional.” McGuire said Monday. He said, as of Wednesday, the defendants haven’t been served with the complaint. Once they’re served, they’ll have 20 days to respond to it.

The complaint was filed electronically July 16 and last Friday, the defense filed a memorandum opposing the racetracks’ request for a preliminary injunction against Cuomo and James enforcing those limits. The defendants are asking the court to dismiss the entire complaint. Plaintiffs in the complaint are Lebanon Valley Auto Racing Corp., Genesee Speedway, Airborne Speedway, Albany Saratoga Speedway and The Fonda Speedway. The judge assigned to the case is Judge Lawrence E. Kahn, senior judge for the Northern District of New York. Cuomo and James are represented by the state Attorney General’s Office.

“This action challenges several executive orders issued by defendant Governor Andrew M. Cuomo and enforced by him and defendant Attorney General Letitia James,” the complaint read. “Plaintiffs seek declaratory, injunctive and damages relief for deprivations sustained by Plaintiffs, for violations committed by Defendants acting under color of State law against Plaintiff’s rights as guaranteed by the First, Fifth and Fourteenth Amendments of the United States Constitution, and for violations of New York State Executive Law § 29-a ...”

The complaint notes that in Executive Order 202.44, issued on June 21, Cuomo said any licensee or franchisee of a racetrack in the state was permitted to operate the racetrack as of June 1 if the track didn’t permit any visitors or fans to enter and only permitted essential personnel on site. Those parties must adhere to any directive or guidance issued by the Department of Health and/or by the Gaming Commission.

Since the order was effective June 1, but not made widely known until June 21, “The purported benefactors lost twenty days of potential business,” the complaint stated. “It also appears that the Order was directed to horse race tracks, hence the reference to the Gaming Commission. “Gaming,” that is betting, only exists at horse tracks in New York, and probably generates a substantial revenue stream to each track and to the State.”

The auto racing tracks opened their facilities to competitors only in June, expecting that spectators would be allowed to follow shortly, according to the complaint.

Since the state repeatedly issued “exemptions” to rioters, the racetracks are entitled to equal treatment, the complaint said.

“At each of the Plaintiffs’ facilities, admission can be and is controlled, masks can be mandated and social distancing can be accomplished easily by marking seating in the grandstands. While indoor business are generally limited to fifty-percent of building capacity, outdoor gatherings remain under a ten-person limit, not very equal, especially in light of the generally accepted lower risk of transmission of the virus posed by outdoor events,” the complaint stated.

The complaint alleges that while “non-essential” businesses have been permitted to open, there is no definition of “non-essential,” leaving Cuomo to pick “winners” and “losers.”

“While Cuomo might consider a business ‘non-essential’ and not entitled to open, the paychecks of employees are essential to them, none of the Plaintiffs have received a waiver of property and other taxes,” the July 16 complaint said. “In seeking a preliminary injunction against enforcement of unfair shutdowns, the relative impact on each party must be considered. The State, of course has an interest in protecting ‘public health,’ but even a thousand or so spectators, masked and socially distant in an outdoor grandstand, cannot be argued to pose a greater risk to ‘public health’ than the riots, encouraged and celebrated by the Cuomo administration, or fifty-percent capacity now allowed in stores.”

Under the second count, the violation of the Fifth Amendment’s “taking” clause, the complaint notes that the amendment says private property shall not be taken for public use, without just compensation ...

“While is it not alleged that Cuomo’s actions actually seized Plaintiffs’ property, his preclusion of their use of that property to earn, effectively amounts to a taking,” the complaint alleges.

Under the third count, the complaint mentions “ultra vires” — that Cuomo has allegedly gone beyond his authority. The complaint notes Executive Law §29-a, says, in part, that, subject to the state constitution, the federal constitution and federal statutes and regulations, the governor may, by executive order, temporarily suspend specific provisions of any statute, local law, ordinance, or orders, rules or regulations of any agency during a state emergency, if compliance with such provisions would prevent, hinder or delay action necessary to cope with the disaster.

“Executive Law §29-a, provides no authority for the myriad edicts Cuomo has issued in some forty-five executive orders (numbered 202 through 202.45) which purport to regulate virtually every aspect of the lives of more than eight million people in the State of New York,” the complaint said.

ON JULY 24, James filed a memorandum in opposition to the racetracks’ motion for the preliminary injunction and to support a defense cross-motion to dismiss the complaint.

The opposition memorandum noted the state has been in a state of emergency since March 7 due to the COVID-19 pandemic.

To continue to protect public health and avoid a resurgence of COVID-19, the memorandum said, Cuomo, with the guidance and assistance of health experts, designed and adopted a reopening plan. The plan slowly and methodically modifies gathering limitations and permissible business operations, in response to evolving data about this disease and the success of the state’s response.

“This lawsuit, and Plaintiffs’ motion, are based solely on Plaintiffs’ frustration at the delay in being able to fully operate their businesses,” it said.

The memorandum said the racetracks’ motion must be denied, since the racetracks cannot satisfy the demanding standard imposed on those seeking injunctive relief.

“Plaintiffs fail to state a claim for relief that is plausible on its face for any of their causes of action and, therefore, necessarily fail to demonstrate that they are likely to succeed on the merits of such causes of action,” the memorandum said. “Second, Plaintiffs fail to make an adequate showing of irreparable harm, putting forth only conclusory allegations of harm without explaining how such purported harms are so grave that they require the disruption of New York’s efforts to protect its citizens from a deadly pandemic that has already killed more than 32,000 New Yorkers.

“Third, the balance of equities and the public’s interest in health and safety tip overwhelmingly in favor of New York’s mission to protect its citizens from harm, rather than Plaintiffs’ desire to fully operate their auto racing businesses,” the memorandum stated. “In sum, Plaintiffs’ motion must be denied, and the complaint should be dismissed in its entirety for failure to state a claim.”

While the racetracks appear to challenge the general outdoor gathering limitations set forth in the executive orders, those limitations do not apply to them, the defendants’ memorandum stated.

On May 21, Executive Order 202.32 said, in part, that through June 20, any licensee or franchisee of a race track was permitted to operate the racetrack as of June 1 if the track does not permit any visitor or fan into the facility, and allows on site only essential personnel. The licensee or franchisee and all essential personnel had to adhere to any directive or guidance issued by the Department of Health. and/or the Gaming Commission. The defense’s memorandum said that on June 2 this directive was modified and extended until July 2. On July 3, it was modified and extended until Aug. 2, which is this Sunday.

“Therefore, currently, Plaintiffs may operate their auto racetrack facilities without spectators or fans (even if some spectators or fans would otherwise be permitted under current outdoor gathering limitations), as long as such operation is in compliance with applicable State guidance,” the memorandum said.

“However, Plaintiffs do not include any specific allegations as to the reopening plans or treatment by state officials of any plaintiff other than Lebanon Valley,” the memorandum stated.

To establish entitlement to injunctive relief in the form of a temporary restraining order or a preliminary injunction, the defendants’ memorandum said, the racetracks have to establish: a likelihood of success on the merits; irreparable harm in the absence of preliminary relief; that the balance of equities tips in their favor; and that an injunction is in the public interest.

“Plaintiffs fail to state a claim for relief that is plausible on its face for each of their causes of action and, therefore, necessarily fail to demonstrate that they are likely to succeed on the merits of such causes of action. As such, the motion must be denied and the complaint dismissed in its entirety,” the memorandum said.