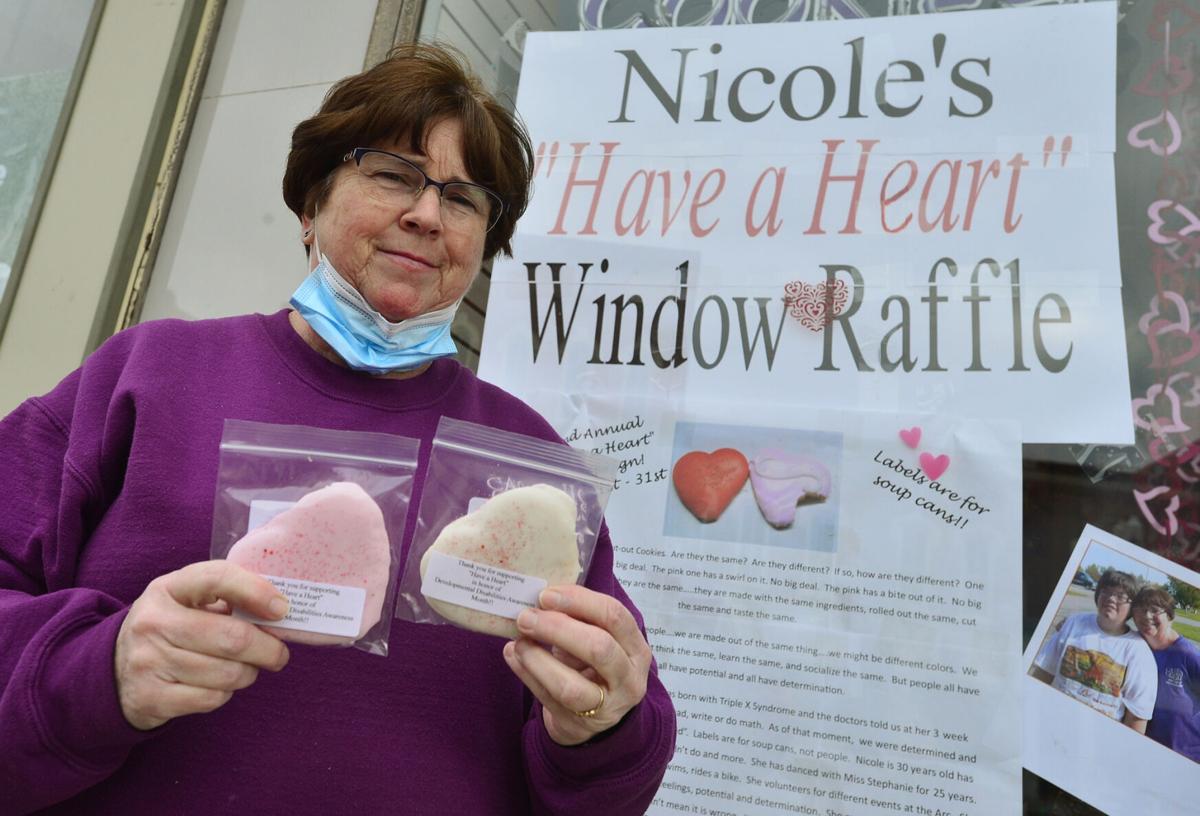 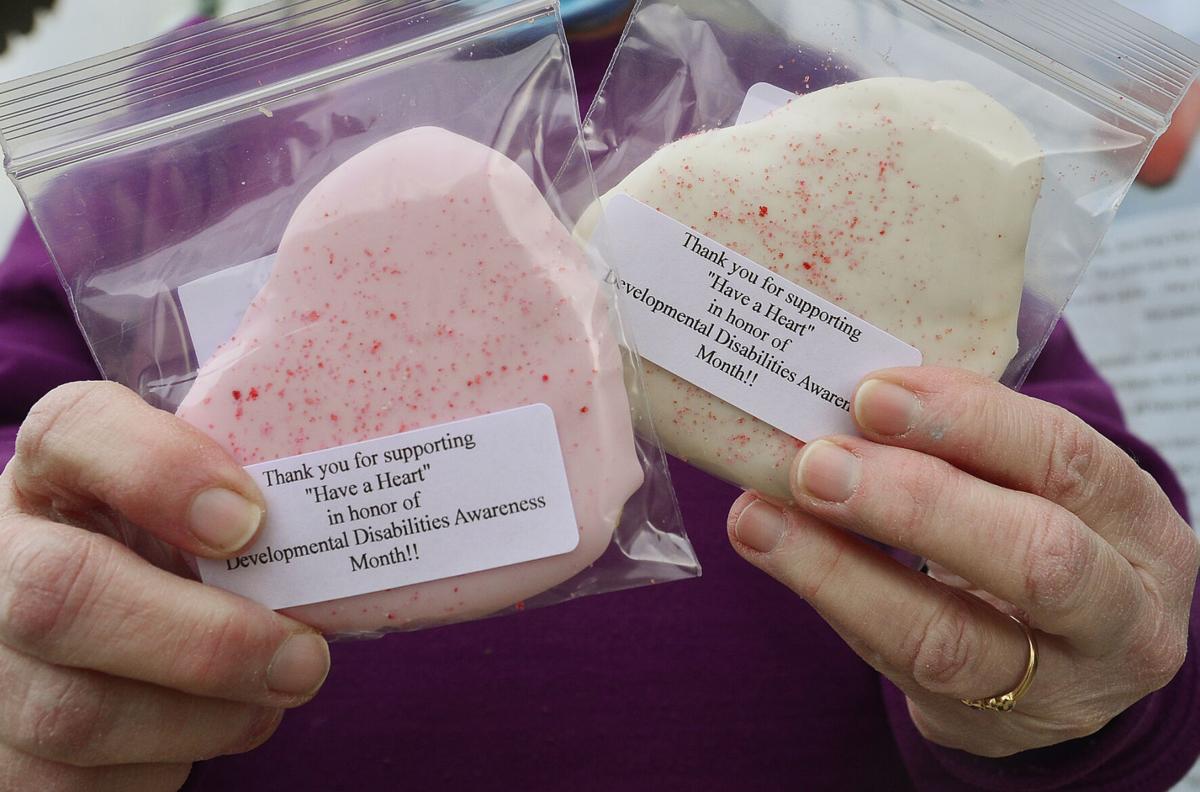 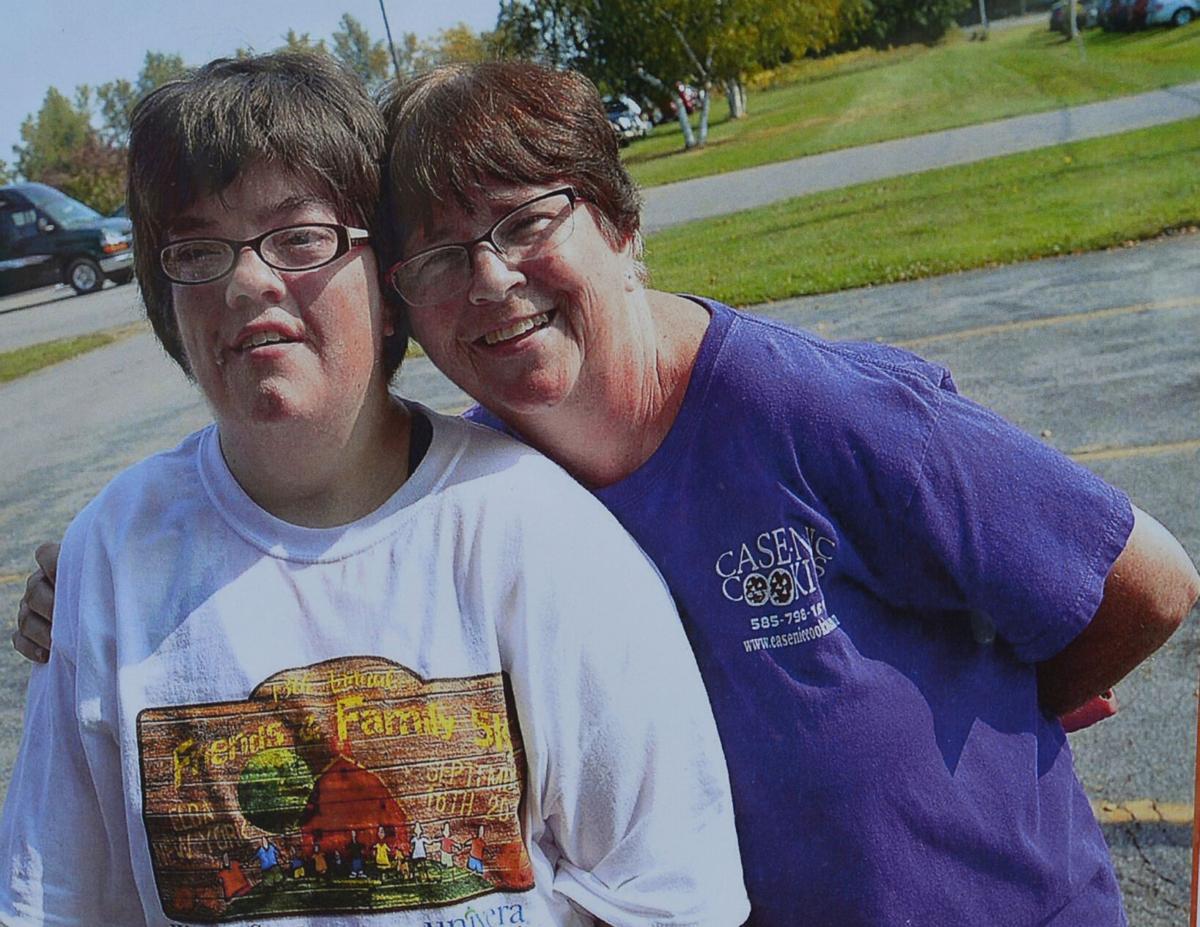 MEDINA — People are all made out of the same ingredients.

They may look different on the outside, think, learn and socialize differently, but all people have feelings, potential and determination.

Nicole Tuohey of Case-Nic cookies is conducting her third annual “Have a Heart” campaign during developmental disabilities awareness month. She’s selling $1 frosted heart cut-out cookies to benefit The Arc of Genesee Orleans, for programs assisting individuals that are part of The Arc.

She’ll be selling the cookies until the end of the month and there will be a window basket raffle until March 19 with a drawing on March 20. All money raised will go directly to The Arc.

The idea came about because Nicole was born with Triple X Syndrome.

“She was in Rainbow Pre-school at three months of age, so we have been involved with the Arc for 30 years now,” said Mary Lou Tuohey, Nicole’s mother and owner of Case-Nic Cookies. “She attends the day habilitation now — I just feel very strongly that it’s an agency that is definitely something that needs to keep going, but with funding and all that kind of stuff who knows what is going to happen.”

Mary Lou said doctors told the family at Nicole’s three-week check up that she might never walk, talk, read, write or do math.

“As of that moment, we were determined and she has been determined not to be ‘labeled.’ Labels are for soup cans, not people,” she said. “Nicole is 30 years old has done all of what the doctors said she wouldn’t do and more.”

While Mary Lou just puts the label on the bag, Nicole cuts them all, and while it takes her longer, she does it incredibly precisely.

Tickets for the raffle as well as the cookies can be purchased at Case-Nic Cookies, located at 439 Main St. in Medina. It is open Wednesday through Friday 10 a.m. to 5 p.m. Tickets are $10 for 26 tickets, and instructions and raffle sheets are available outside the front entrance of Case-Nic Cookies.