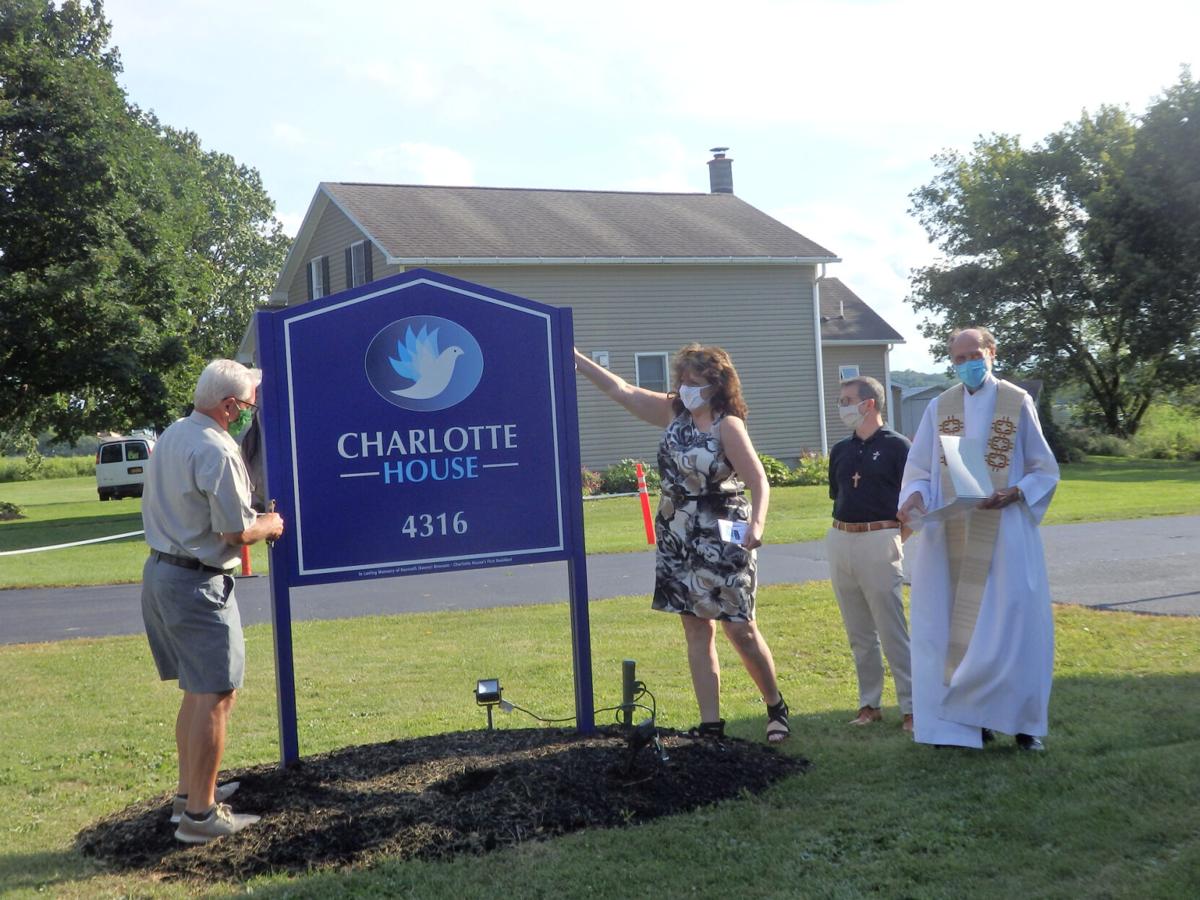 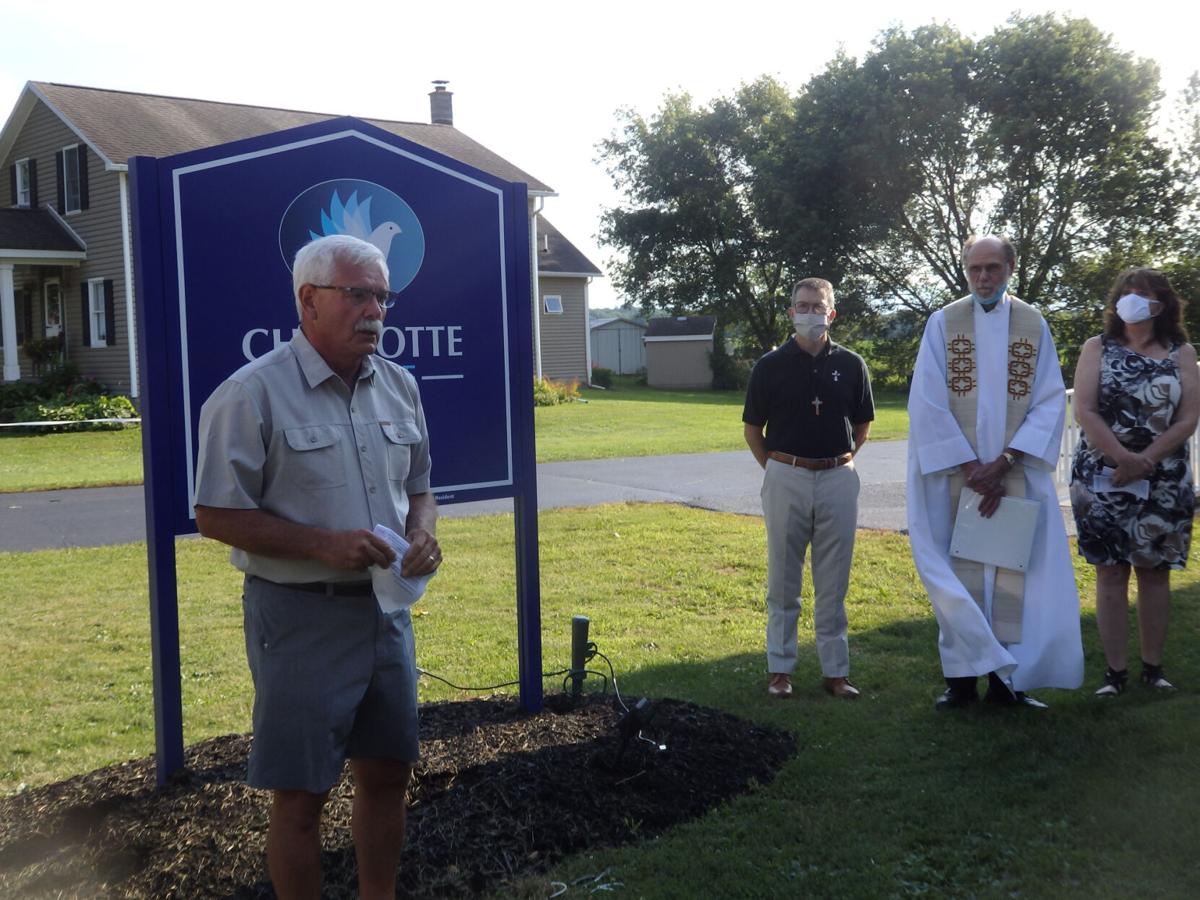 Matt Surtel/Daily NewsRon Long of Geneseo reminisces about his nephew, Ken Bronson, and the care he received at Charlotte House. Deacon Mark Kehl, Fr. Matt Kawiak and Executive Emilie J. DiChristina are among those observing at right. 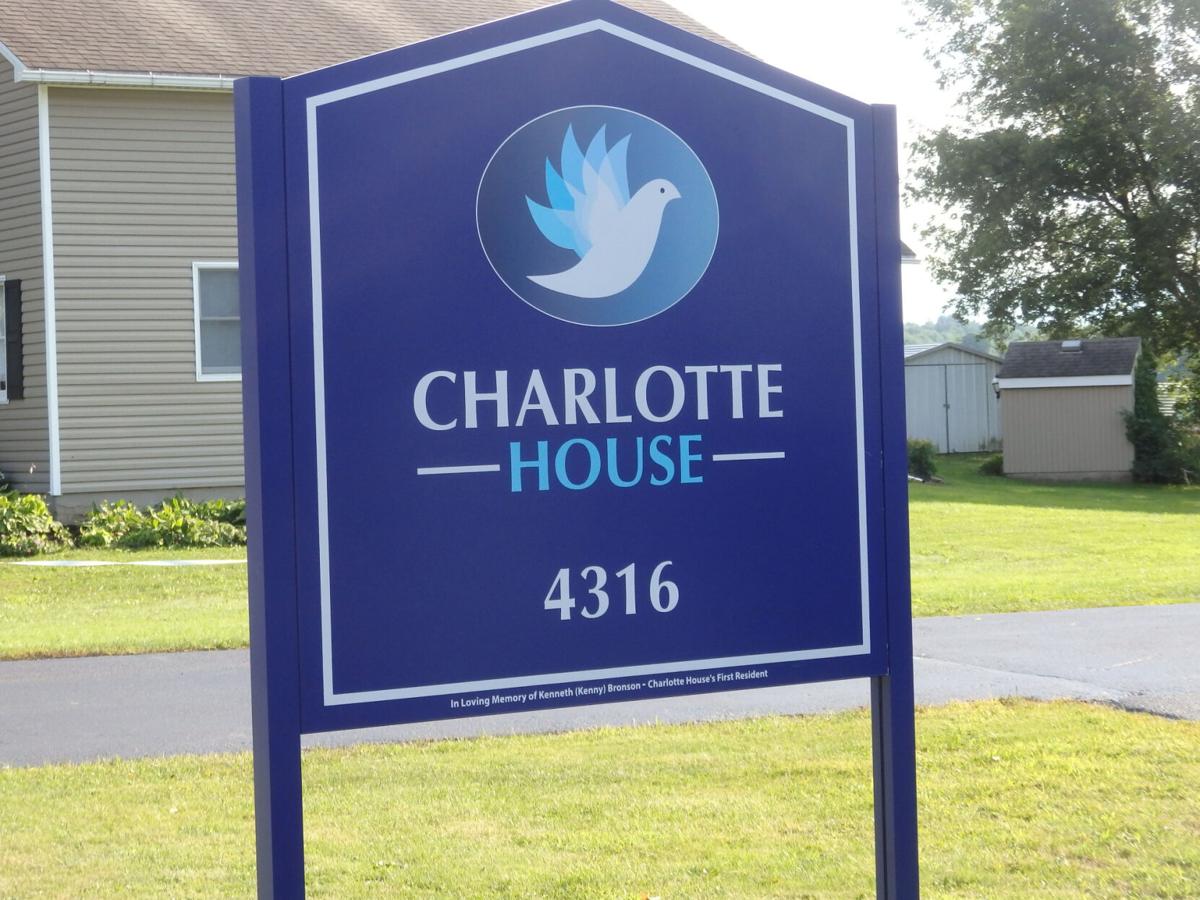 Matt Surtel/Daily NewsRon Long of Geneseo reminisces about his nephew, Ken Bronson, and the care he received at Charlotte House. Deacon Mark Kehl, Fr. Matt Kawiak and Executive Emilie J. DiChristina are among those observing at right.

NORTH JAVA — Anybody would be scared if they were facing Ken Bronson’s circumstances.

His lung disease had become terminal in March. So he and his family reached out to Charlotte House, and he became the comfort care home’s first patient.

Bronson also wanted to be remembered — which is why he and family donated money for Charlotte House’s new sign, which was dedicated Wednesday evening during a brief ceremony.

“Ken was very apprehensive of coming here,” said his uncle, Ron Long of Geneseo. “He wasn’t sure he’d get the care that he needed. But it didn’t take long for this wonderful group of volunteers to welcome and care for their first guest and reassure him that things would be OK ... He got wonderful care.”

The feelings of love and respect were mutual.

The Charlotte House concept originated in 2013, when pioneering attorney Charlotte Smallwood Cook of Warsaw was terminally ill. She wished a facility was available in Wyoming County.

Several comfort care homes have started in the years since, but Charlotte House was among the first.

Bronson, of Le Roy, didn’t have very many people in his life, so he and his family members found an additional sense of family among the volunteers. He was at the facility for three months, during which time got to know the volunteers — they even treated him to a prime rib dinner on his birthday.

The sign in his memory was unveiled during the ceremony. About 25 people attended a gathering afterward.

Charlotte House is one of the few comfort care homes which has stayed open during the COVID-19 crisis, said Executive Director Emilie J. DiChristina. When Bronson arrived, no space existed in other locations, but the volunteers were happy to accept him.

It’s gotten support from the entire community. Deacon Mark Kehl of St. Michael’s Church in Warsaw said his wife is among the volunteers.

“It is a beautiful and spiritual journey we share with people as they come here,” Kehl said.

Long said he visited daily over the three months Bronson was at the facility and the people were wonderful.

“I can’t thank you folks enough for all you did for Kenny,” he said. “We appreciate it and he appreciated it.”