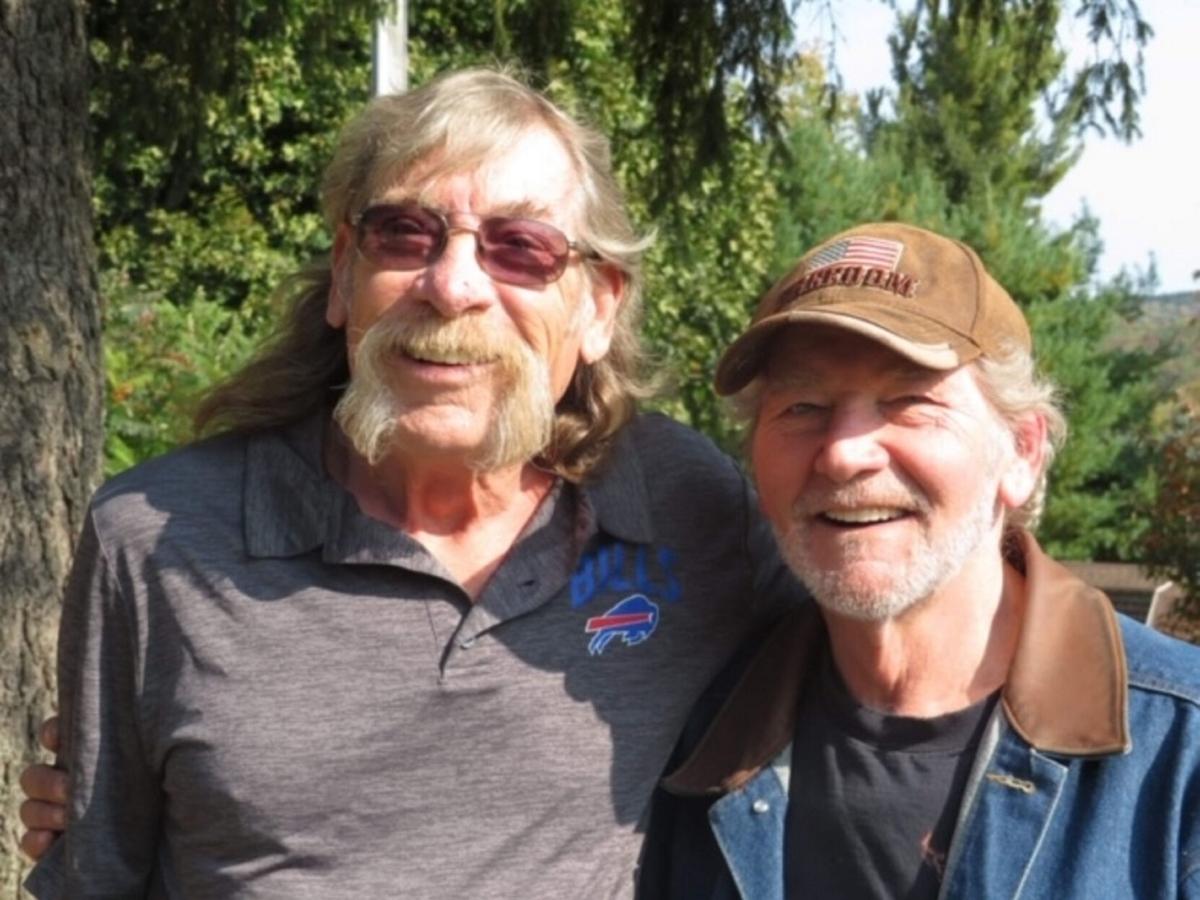 Submitted photoLong separate brothers Bruce DeLude, left, and Donald Crawford, right, were reunited in Arcade this week. As children they were placed in the state’s foster care system and later separated. 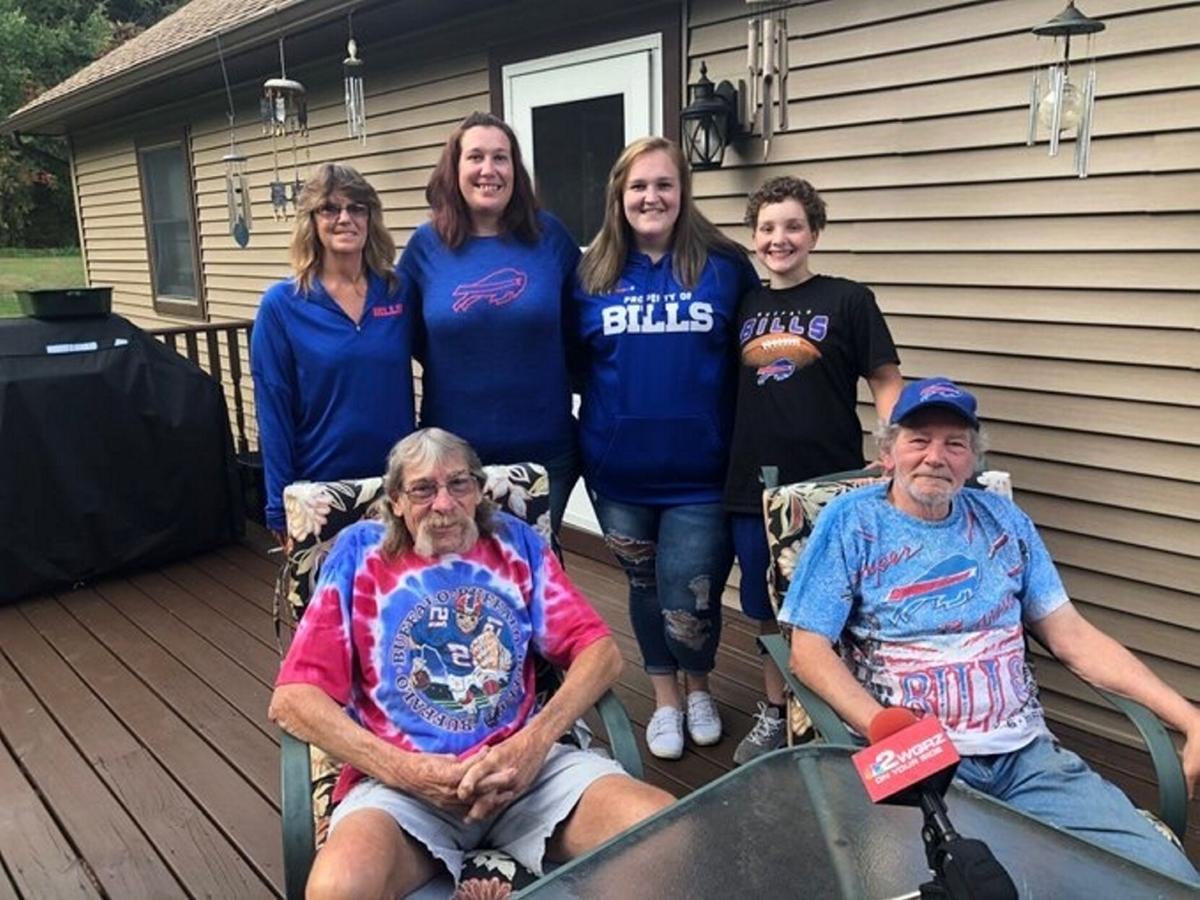 Submitted photoLong separate brothers Bruce DeLude, left, and Donald Crawford, right, were reunited in Arcade this week. As children they were placed in the state’s foster care system and later separated.

ARCADE — As a child living in Batavia, Bruce DeLude, 69, of Arcade was placed into the New York State Foster Care System in 1960 with his brother, Donald Crawford, 67, of Tennessee.

Known as Bruce and Donald Delano, in 1960, the boys, who don’t know why they were placed into the system, were deemed “bad boys of Batavia” by New York state and it was determined the boys would be better off if they were raised separately, in different homes, with different families.

Placed with independent families, brothers Bruce and Donald were ripped away from each other during their last brotherly hug prior to being adopted by different families. Bruce was raised in Bliss by his adopted parents, Burton and Gladys DeLude, while Donald was adopted by Irv and Mary Crawford and raised in Rochester.

The boys, who grew into men, married and became fathers and stepfathers, didn’t see or speak to each other for six decades.

Bruce worked as a factory worker for Prestolite Electric Inc., in Arcade, where he eventually retired from on Nov. 13, 2017.

“He’s a big-hearted father and grandfather,” said Bruce’s daughter, Heather DeLude of Bliss. “Every year at Christmas, he would always say he wishes he knew his real brother. He’s always been there for his family.”

Donald worked as produce manager for Publix Supermarket, where he retired in 2012. He still works part-time at Food Line Grocery Store.

Curious about his brother’s well-being, Bruce would often tell his family about childhood memories he had with his brother during the 1950s.

Heather DeLude decided to launch an investigation into her father’s past. She started her quest through the site 23andMe.com, which offers DNA testing and ancestry traits as a way to help find people to whom you’re related.

“That didn’t work,” she said, disappointed.

She then tried Ancestry.com and had slightly more luck by finding her father’s half-sister, Donna Hladis of South Carolina. From there, she contacted a third cousin, John Koslowski, from Charlotte, N.Y., to inquiry if he was able to offer any insight to her quest. Koslowski put Heather in touch with an acquaintance, Trish Giudice from Ontario, who was able to connect Heather with her uncle, Donald.

“I called and left three messages for Uncle Don. He erased the first two messages. Then, after the third voicemail he told his wife, ‘I should probably call this lady back, she is pretty persistent,’” Heather recalled. “When he returned my call, I asked him about himself. He said he was adopted. Then I asked him if he had a brother.”

After a long drive into New York from Tennessee, Donald was reunited with his brother, Bruce, in Arcade this week. He met his sister-in-law, Alice DeLude; his niece, Heather, and his nephew, Josh DeLude, and they got to meet Uncle Donald and his wife, Nancy, who also has a daughter named Jennifer Worth, who lives in Nashville, Tenn.

“It went well,” said Heather in regards to her father seeing his brother for the first time in 60 years. “I told my dad he had to look decent because we were going to go take some family pictures. My friend took some pictures of us and then I called my uncle to tell him he could come over and we surprised my dad.”

“They remembered each other,” she said. “It’s emotional. It’s a lot to take in. We’re all just getting to know each other now and we plan to stay in touch.”

Donald is staying the week in Arcade to get to know his newfound family just a bit better.

“There is a lot of information out there. If you’re looking for a loved one, don’t give up,” Heath said. “Keep trying and keep looking.”