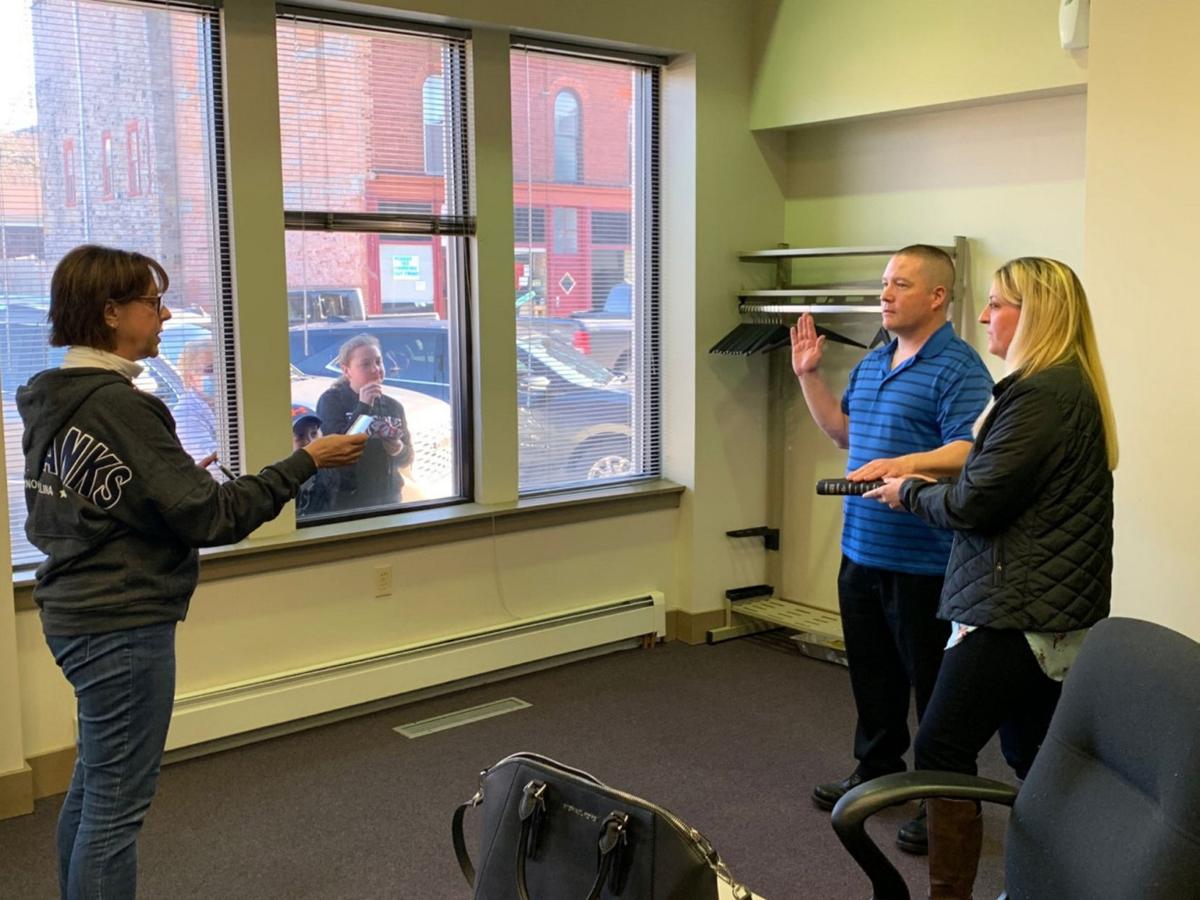 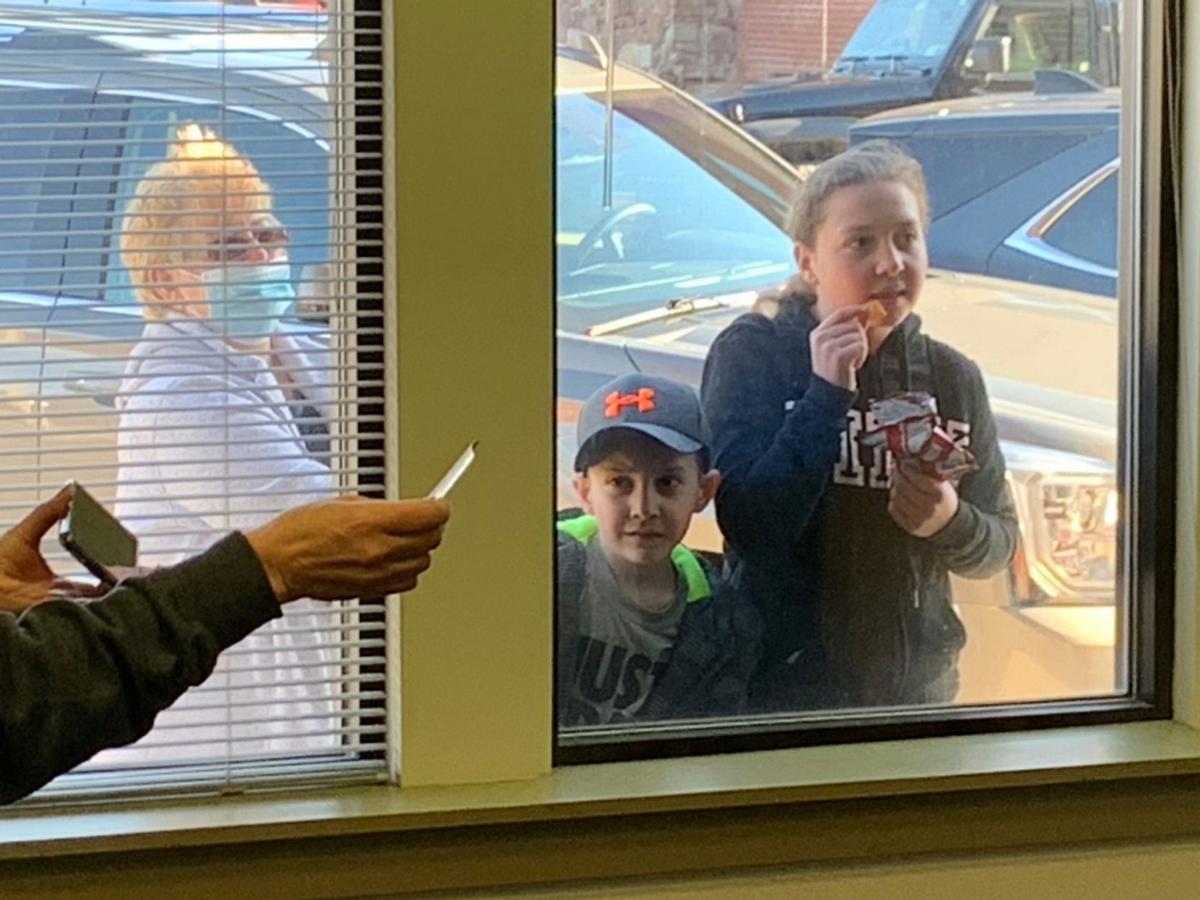 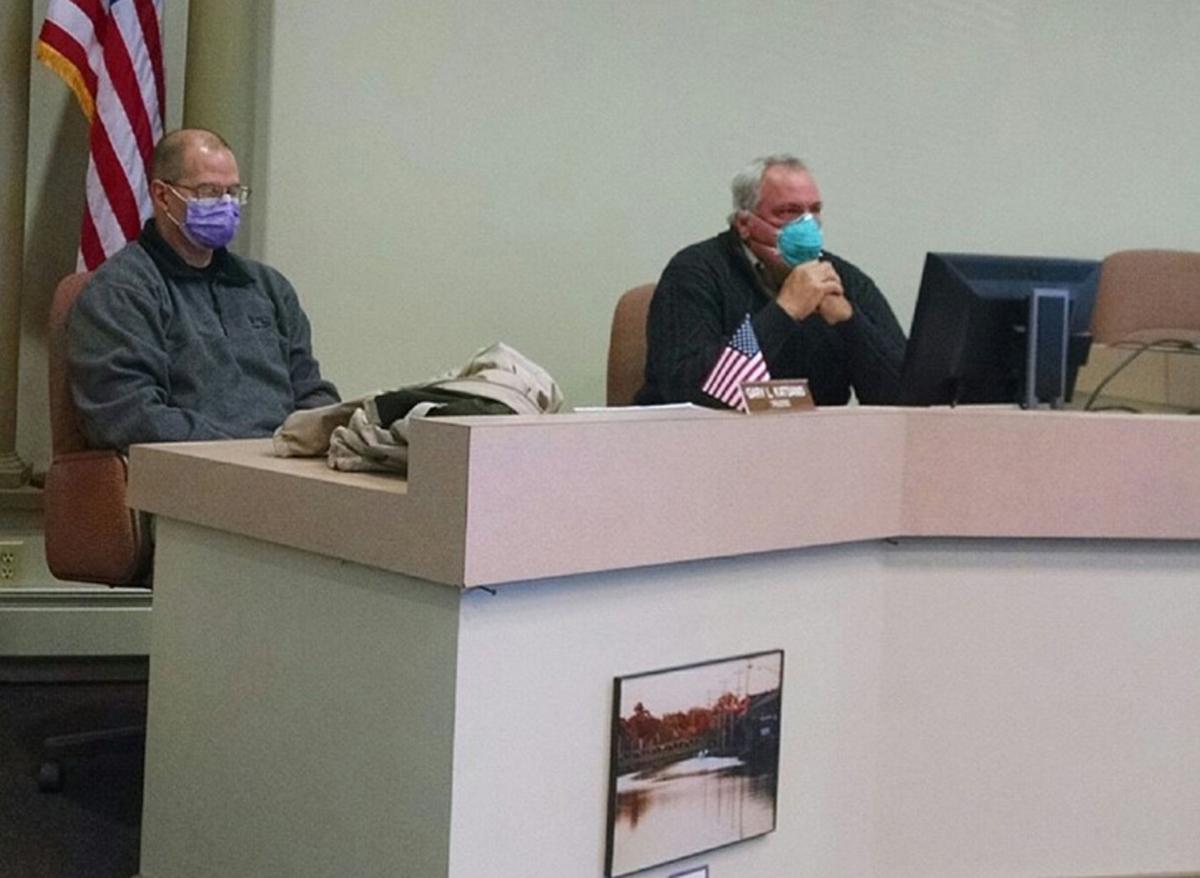 ALBION — At the beginning of the month, two new trustees were sworn in to sit on the Albion Village Board.

While the village elections — normally held in March — were pushed back to September, the trustees who were sitting on the board prior and decided not to run for re-election retired at the end of April.

“What happened was Mattea (Navarra) and Peter (Sidari) stayed on ... (even though their term was supposed to end March 30), so they stayed on an extra month to help out with the rest of the budget,” said Mayor Eileeen Banker. “However it was felt that because of the situation we were in right now, there could be some decisions that need to be made depending on what kind of funding we have coming in, whether it’s from the state or the county, since they weren’t going to be part of the upcoming year and they were resigning and not going to be running anyway, they would resign their positions as of April 30. Then I would appoint somebody, two of the three that were running in what is now Sept. 18.”

The mayor reached out to all three people who were running for the village trustee position — Maurice Taylor, Kevin Sheehan and Chris Barry — to have them come in and do interviews with the village board to see who would be appointed. Only Sheehan and Barry responded at the time. Banker said if it wasn’t for COVID-19, the new trustees would have already been on the board and working on the budget, so they were appointed to fill out the term until September.

Barry, who works as a correctional officer in the jail, doesn’t have any prior experience working on the board. Growing up in Albion, he said there was a lot of activities for kids but that seems to have fallen to the wayside.

“I wanted to try to get more activities, more family-based activities in the community,” he said. Barry said he grew up in the summer parks program, and kept him out of trouble.

Sheehan had sat on the board prior for eight years, served as deputy mayor, and was a mayor for a month when Mayor Michael Haddick resigned. He said he had wanted to run for mayor, but was working for the federal government. However that was six years ago and he retired from his job at the federal government and wanted to get involved again in local politics.

“I’m excited to get back into it, get involved and get things moving,” Sheehan said.

The two have been on the board for one meeting so far, but in it they had to decide to cancel the Canal Concert series.

“It was one of the hardest things to do,” Sheehan said. “We weren’t on the board when the board cancelled the youth program for the summer, but we were definitely there for the one where we cancelled the concert series.”

He said the reasoning was that large gatherings was Phase 4, and since Finger Lakes only just entered Phase 1 and Phase 4 being four months away there is no way they can book bands or do advertising when the village isn’t even sure it can do it. Sheehan said that was the hardest thing he had to do.

“That’s really when I noticed how difficult it is to be on a governing board during this time when you’re dealing with decisions like this,” he said. “It’s like canceling Christmas. It didn’t set well.”

Barry said hopefully once the pandemic passes, maybe the village can get back to having more family activities around the community.

Sitting through his first meeting, Barry said he was surprised by a lot of the restrictions a village board needs to work through. He said the restrictions prevent the board from going in and immediately making changes.

“(The board) is frustrated. This is my first time dealing with this so I’m not as frustrated,” he said. “They’re frustrated because they want to open it up, but at the same time they want to do it safely and follow the rules by Cuomo.”

Banker said the Albion Village Board is going to be very conservative with spending, because they won’t be sure what money will be coming in.