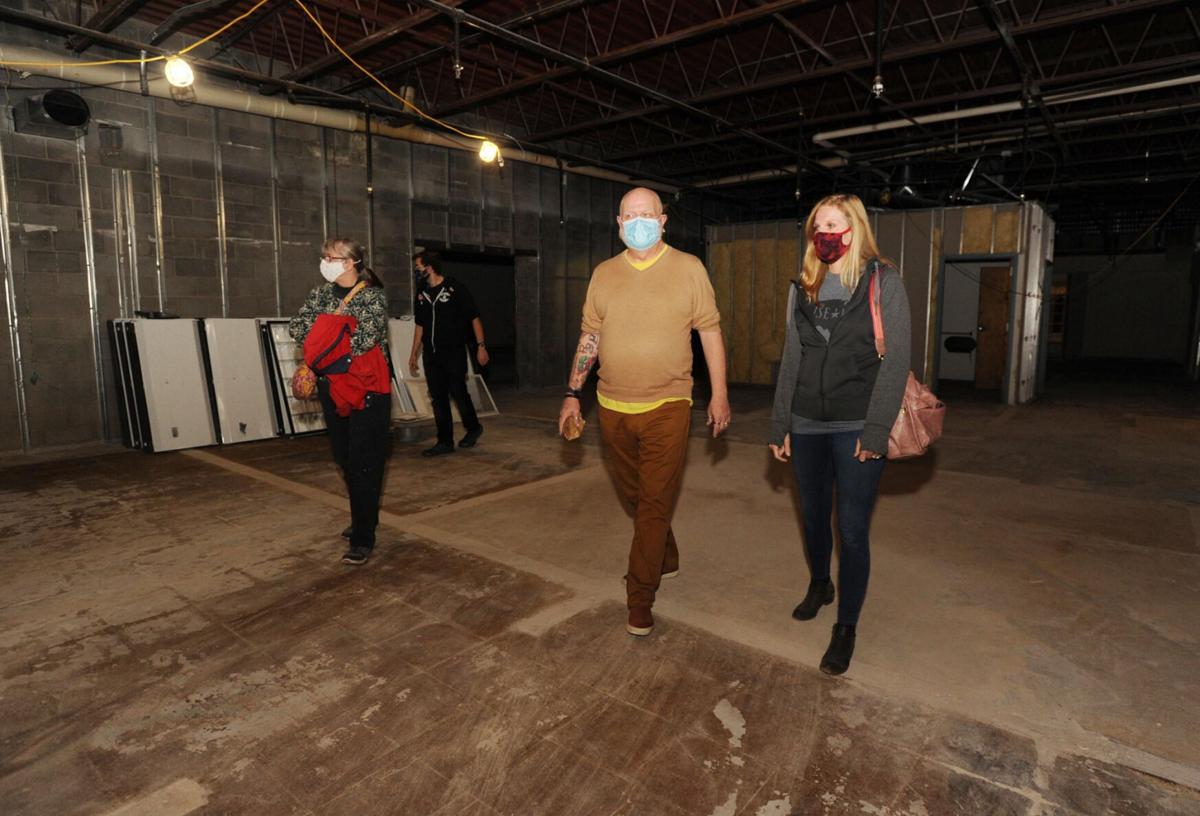 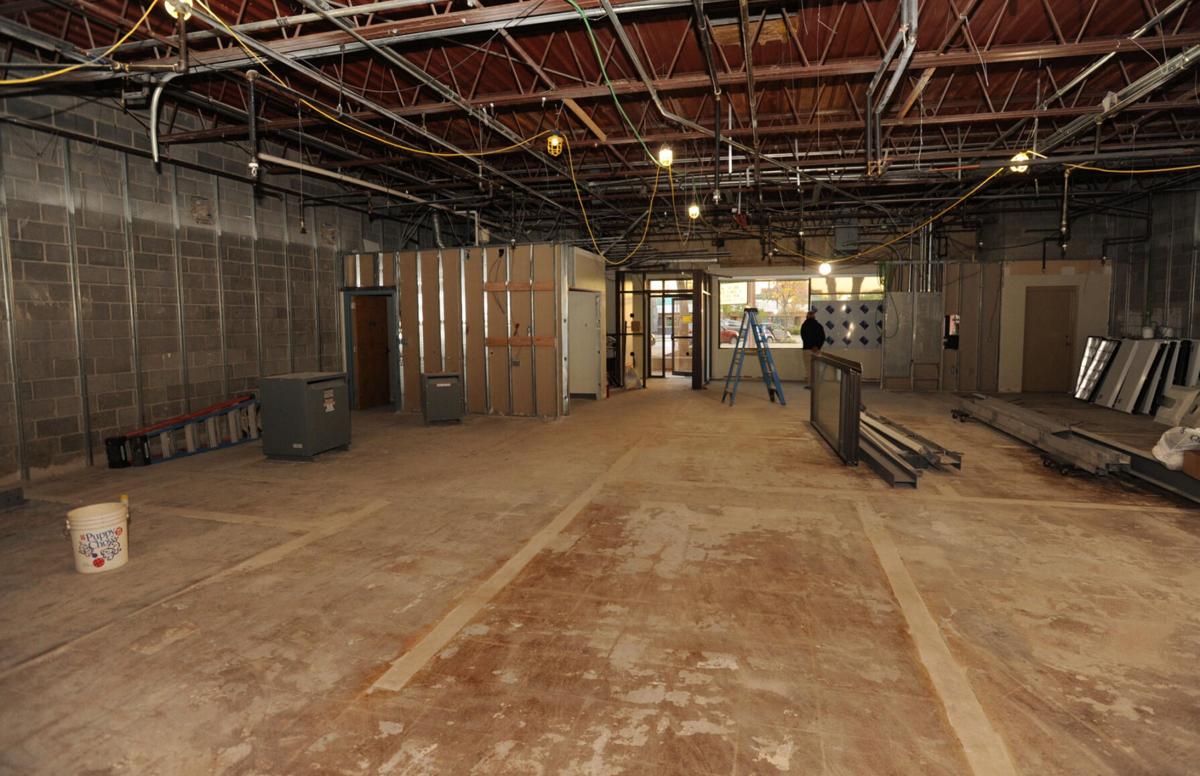 Mark Gutman/Daily News The theater space is under construction at the mall.

Mark Gutman/Daily News The theater space is under construction at the mall.

BATAVIA — It’s not known when the Batavia Players Inc. will step out onto the stage, or even when the regional performing arts center itself in the City Centre will be finished, but Batavia Players wants to start moving some of its things out of Harvester 56 Theater relatively soon.

Batavia Players Inc. President, Executive and Artistic Director Patrick Burk said demolition at the permanent space is about 90 percent done. When finished, the arts center will include the theater, with room for a larger audience than the Harvester theater; rehearsal and costume department space; offices, retail and concessions; and dance studio space.

“Everything right now is in planning. All the work that was done, both for environmental and the demolition, just restarted again,” Burk said. “Right now, they’re waiting to get rid of the rest of the metal that’s in there. They told me that construction ... our first permit should be done within 30 days so that we can actually start building in the dance studio area.”

Burk said part of the arts center space will be broken into two dance studios and an office for Briana Blair Kelly, Main Street 56 Dance Company director and instructor. The remodeling will start in about a week and a half, he said.

Burk said the dance studios would have been open already if the COVID-19 pandemic hadn’t occurred.

“Our fall dance session had to open at Robert Morris (Elementary School) instead of here, but this will still be the first thing that we open,” he said. Burk said the timeline for the studios’ opening isn’t known.

In the meantime, the goal is to get the organization’s temporary space in the City Centre going relatively quickly.

Burk said the temporary space, which the theater would occupy for roughly a year, will include room for the props department and furniture. The Batavia Players plan to start moving things over from Harvester Monday.

“We’ll be out of Harvester by the end of November — mostly (because of) costs and we’re on a month-to-month lease, which is way more expensive. This space here (the arts center’s permanent home) is literally a third of what we’re paying over there, which saves us money that we can invest into the area,” Burk said during a small tour of the future space Thursday. “That’s pretty much storage space. That’s all there is right now (at Harvester). There’s no usable space over there that’s practical.”

Batavia Players staff who were along for the tour Thursday saw what will be the shop area, where sets for the productions are built. There will be a separate area nearby for costumes and props.

“It’s going to be locked, so people won’t be able to help themselves to costumes,” Argulski said. “My area in the old theater was so open that everybody could walk through it. This will be nice for me.”

There’s major work to be done in the theater and stage area, Burk said.

“This is a million-dollar renovation that’s got to be done yet,” he said.

The stage will have seating for the audience all around it. The public will enter the theater from Main Street and use downtown parking.

“There’s no mall entrance for the public.” he said.