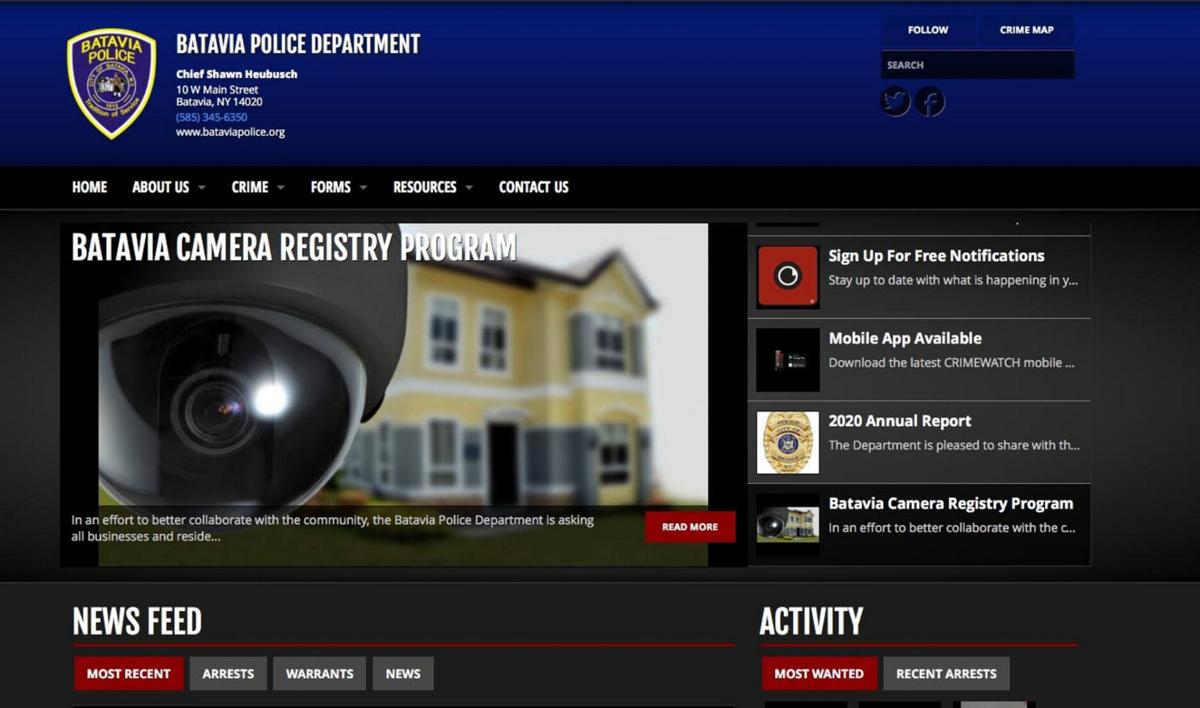 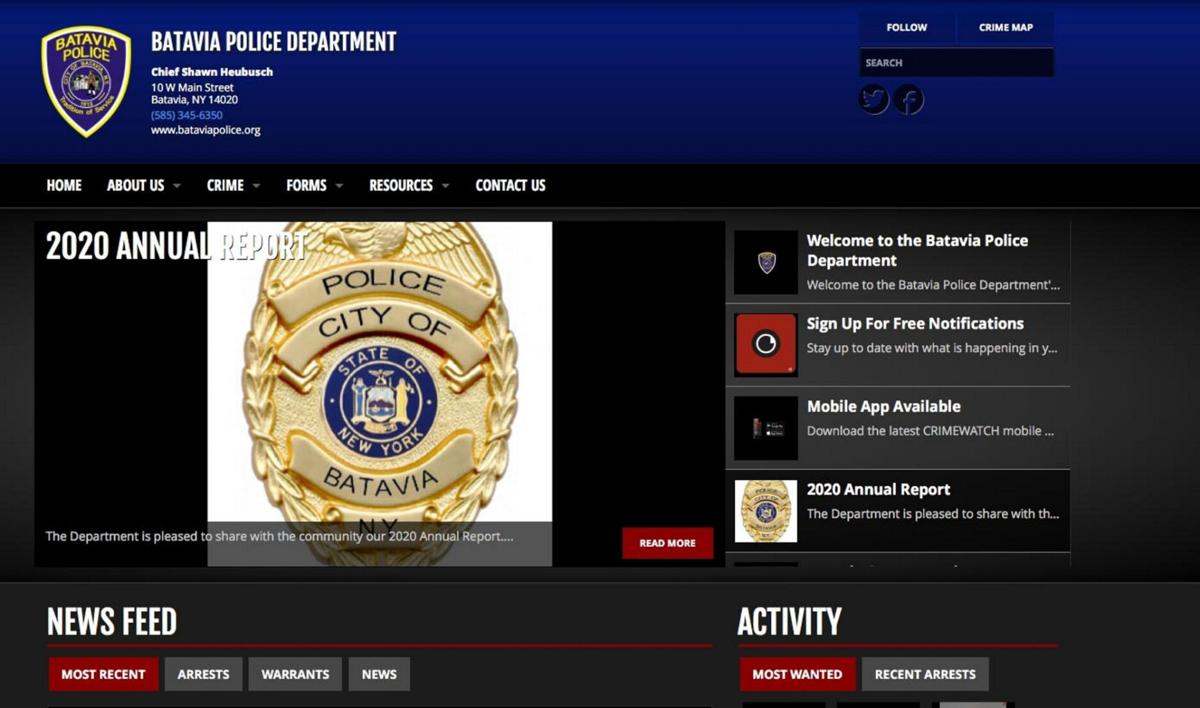 Information on arrests, missing people, most-wanted people and an account for email alerts from the City of Batavia Police Department are some of what the public and media have access to following the launch this week of its CRIMEWATCH website.

The website was developed in partnership with CRIMEWATCH Technologies and it gives the access to crime and public safety-related information. Typing in bataviapolice.org takes a person to https://crimewatch.net/us/ny/genesee/batavia-pd, which is the department’s main page.

“One of the positives for us is it allows us to push information out in real time to you guys (the media). It’s not necessary that we have to go through the press release process that we go through now where you guys are not getting information as quickly as you can,” Batavia Police Department Detective Eric Hill said during a Zoom call Friday with the media. “It also allows us to push it out to different platforms all at the same time.”

The CRIMEWATCH site gives people who use social networks and mobile devices an easier, more effective way to help fight crime and stay informed, city police said in a press release. It gives the public direct access to crime and public safety-related information happening in their community. The new Batavia Police Department website is part of the CRIMEWATCH Network (crimewatch.net). Local residents may visit BataviaPolice.org connect with police department social media sites, and/or download the CRIMEWATCH Mobile App from the Apple or Android App Store and select “Batavia Police” in order to follow the department.

The new site allows residents to:

n submit a tip to the Batavia Police Department;

n share information with others through social media, and

n get connected with resources and services.

Hill said during the Zoom call that there are links to the city police CRIMEWATCH page from the city’s website. There are also links on the City of Batavia Police Department, NY Facebook page and on the department’s Twitter page.

Police Chief Shawn Heubusch said in the press release, “This new website is the perfect entry point for establishing better police and public relationships. CRIMEWATCH gives us the opportunity to communicate with the public and gives residents the anonymity to report neighborhood issues. Several police departments throughout the north-east region are having great success using this technology.”

CRIMEWATCH Director of Business Development Douglas Demangone said during Friday’s call, “We are truly, now setting the stage for communication and transparency between police and public partnerships, especially when you deal with the New York State Police Reform and Reinvention Collaborative. We’re excited about Batavia coming on board as our first agency in New York.”

The public has an option to create a new account by logging in in the upper right hand corner, then choosing a username and password, then providing other required information.

Demangone talked about how the CRIMEWATCH site will work, saying that when police want to get information about an incident to the media and community that information will be made available in several ways. These would include being published on a crime map platform, CRIMEWATCH portal and a brand-new Batavia police mobile app and on a CRIMEWATCH TV, which Batavia police can have in the lobby of their station or in any public area. The information on these incidents will also be published to the department’s Facebook and twitter pages and goes out to local media contacts and any other media contacts city police may have, Demangone said.

The CRIMEWATCH director of business development noted the option for residents and the media to sign up for email notifications when incidents are published.

“What that does is it maximizes their exposure online to get the message out to as manu people as quickly as possible and an effective, efficient and secure means of doing that,” Demangone said. “When it gives the opportunity, the public can provide intelligence tips back and communicate directly with the police department.”

On the Batavia Police Department’s CRIMEWATCH page, there are a few dropdown menu choices including “Forms.” One of the choices on that menu is “Camera Registry.”

“People can sign up with Batavia PD and let them know that, ‘Hey, I have a doorbell camera (for example) or security system around my business and here’s where the cameras are, these are the type of cameras they are and this is how long I retain that information and here’s my contact information,’” Demangone said. “If the police have an incident in the area, they pull up a map on their side and see, ‘Well, we have five cameras in the general vicinity of where this incident took place and here’s the contact information for all those people that they can reach out to subsequently to inquire as to the availability of that information.”

Demangone said the Camera Registry would be a voluntary thing for which people can sign up.

“We’re seeing great success with it in the commonwealth of Pennsylvania and elsewhere where we’re deployed throughout the country,” he said.

“If you have an issue with an officer or you want to make command aware of that, you can do it right through the webpage,” Demangone said.