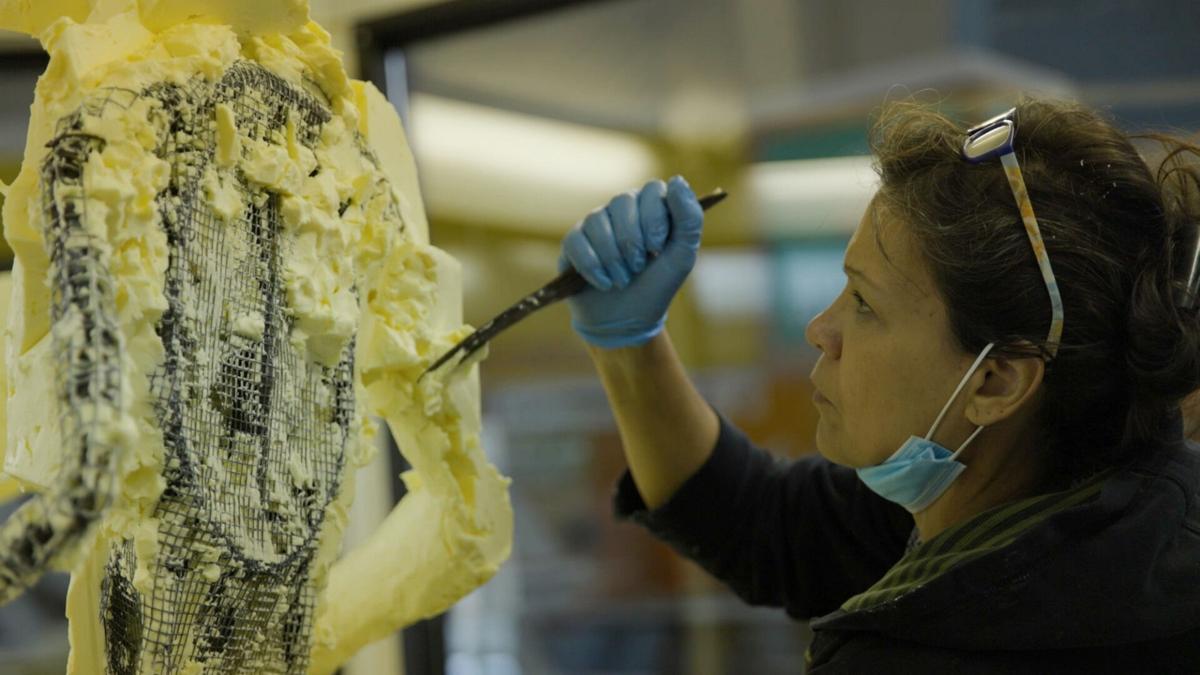 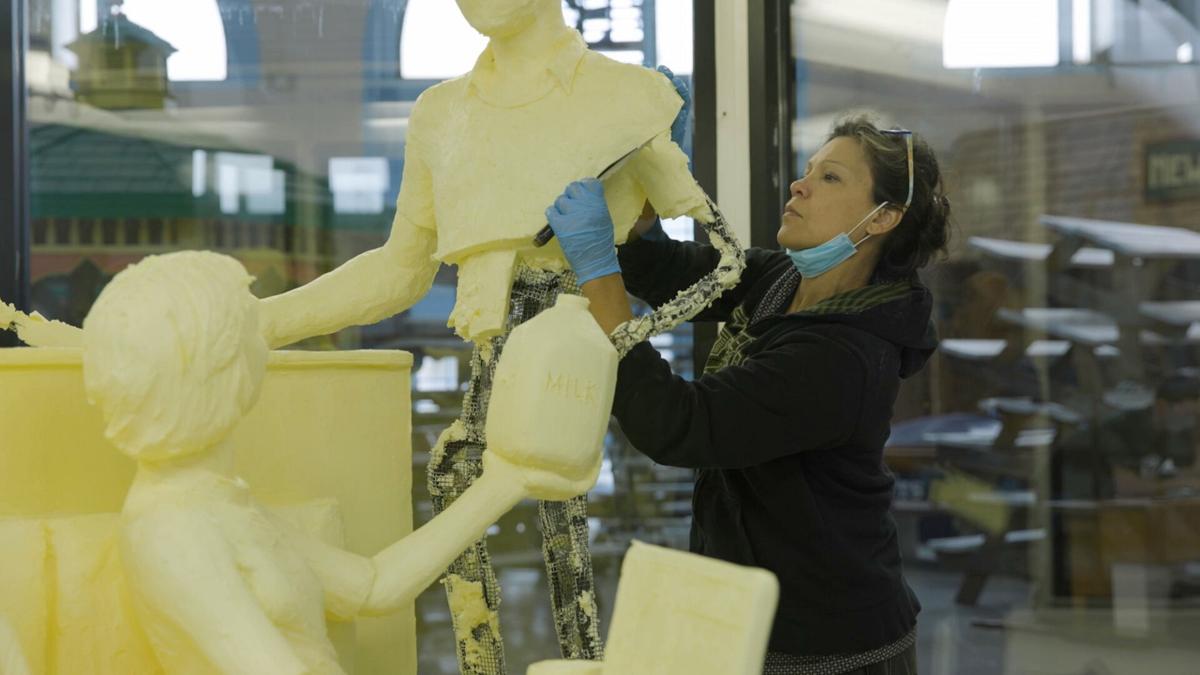 PHOTO COURTESY OF AMERICAN DAIRY ASSOCIATION NORTH EASTThis image taken from video shows the deconstruction of the sculpture this week. 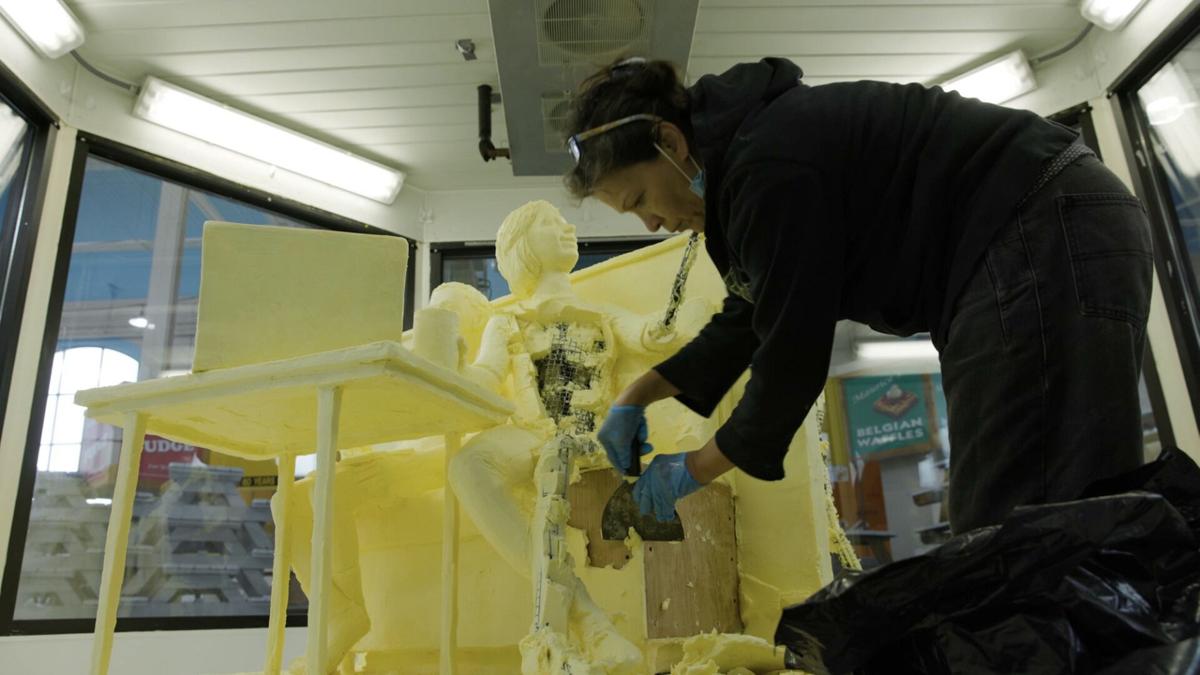 PHOTO COURTESY OF AMERICAN DAIRY ASSOCIATION NORTH EASTThis image taken from video shows the deconstruction of the sculpture this week.

SYRACUSE — Noblehurst Farms in Linwood is getting the 800-pound butter sculpture from the New York State Fairgrounds.

Noblehurst Farms will now recycle the butter in the dairy farm’s methane digester and convert it into renewable energy. In addition to the receiving the deconstructed butter sculpture annually, the digester at Noblehurst Farms receives up to 200 tons of food waste each week, diverting it from landfills. The digester creates enough energy to power homes in the community and the farm’s on-site creamery, which provides dairy ingredients to manufacturers of cheese, yogurt, ice cream, and many other dairy products for consumption in the local community.

The sculpture was created using “scrap butter” — butter from damaged packaging or similar circumstances that makes it unsuitable for sale and consumption.

“We are honored to be recycling the New York State Fair Butter Sculpture for the fifth year in a row,” said dairy farmer Chris Noble of Noblehurst Farms and Craigs Creamery. “We plan to mix the butter sculpture with other food waste collected from food retailers and manufacturers to create a delicious recipe for the anaerobic bacteria in our digester to munch on in order to create renewable energy.”

Noblehurst Farms has been recognized for achievements in sustainability and community partnerships to divert food waste from local landfills.

Noble said the farm will mix the sculpture with food scraps in the digester.

“We’ll bring it through the system and we’ll basically convert it to energy over the course of about 28 days. That energy will be created into electricity which will power homes in the local community,” he said. “It’s a 1.3 million-gallon digester. We built it about five or six years ago.”

Noble said the digester takes cow manure and food waste from the local communities, including food manufacturers in the area, and creates biogas.

“It’s a methane-derived gas, which then we can burn through a generator. The generators are 456-kilowatt generator which is enough power to essentially energize about 300 homes,” he said.

This year’s sculpture, “Nourishing Our Future,” paid tribute to those who ensure children are nourished and learning — whether in school or at home -— including dairy farmers, school nutrition staff, teachers and parents. The two-sided, butter masterpiece featured a dairy farmer providing milk to a child learning from home with his mother and “virtual” teacher present in the laptop screen - to a child learning in school, with a school nutrition worker delivering a meal tray to the classroom.