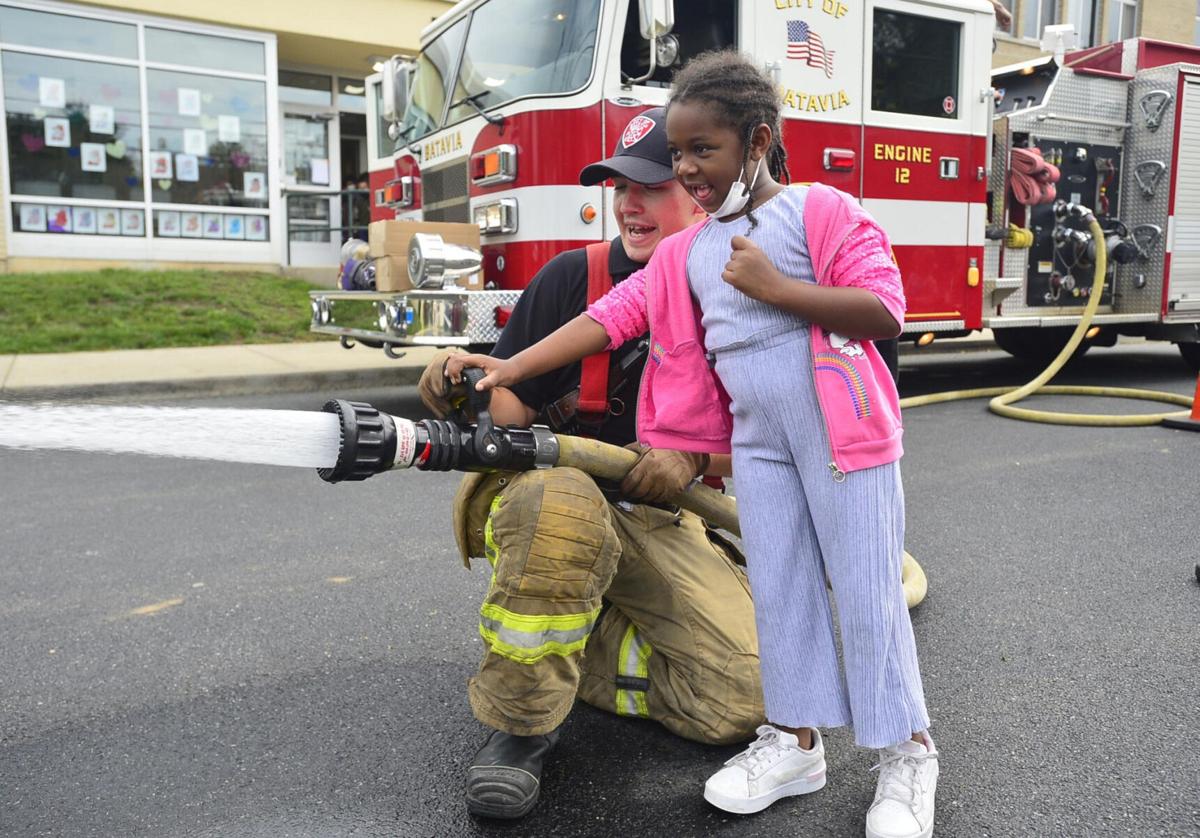 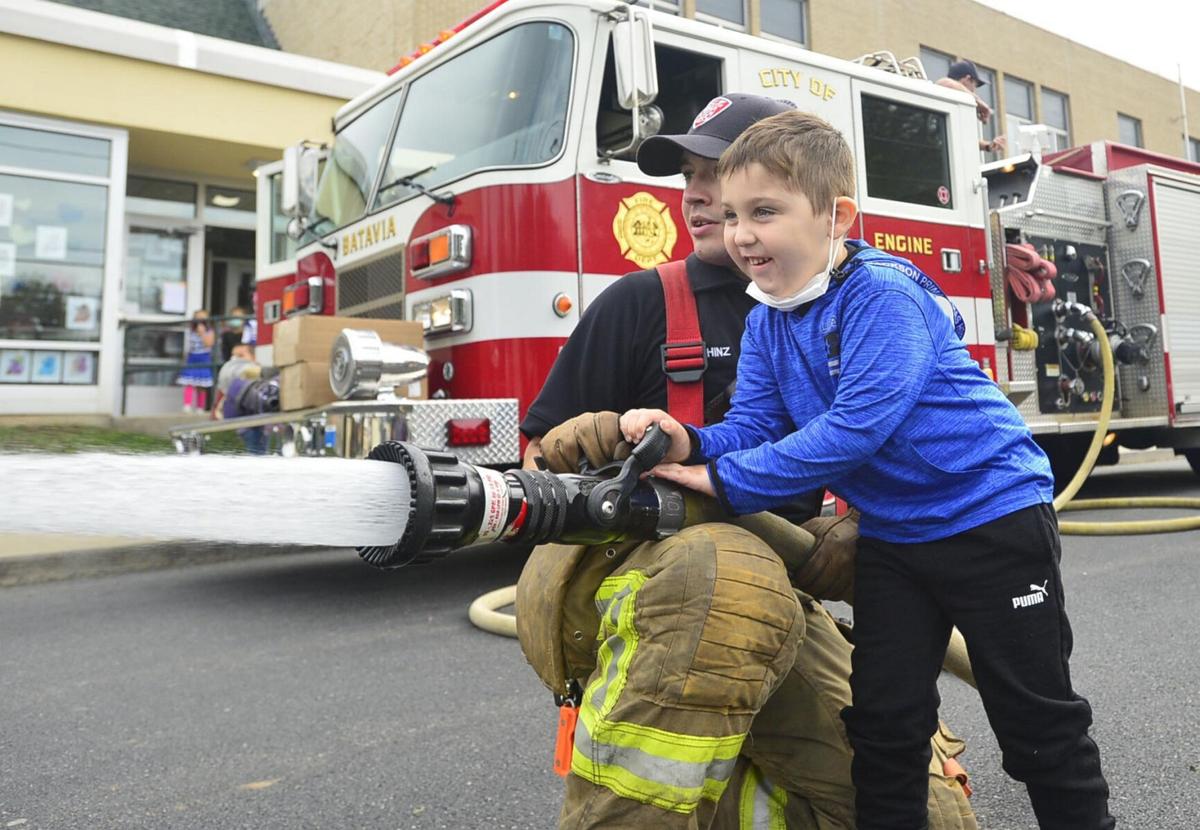 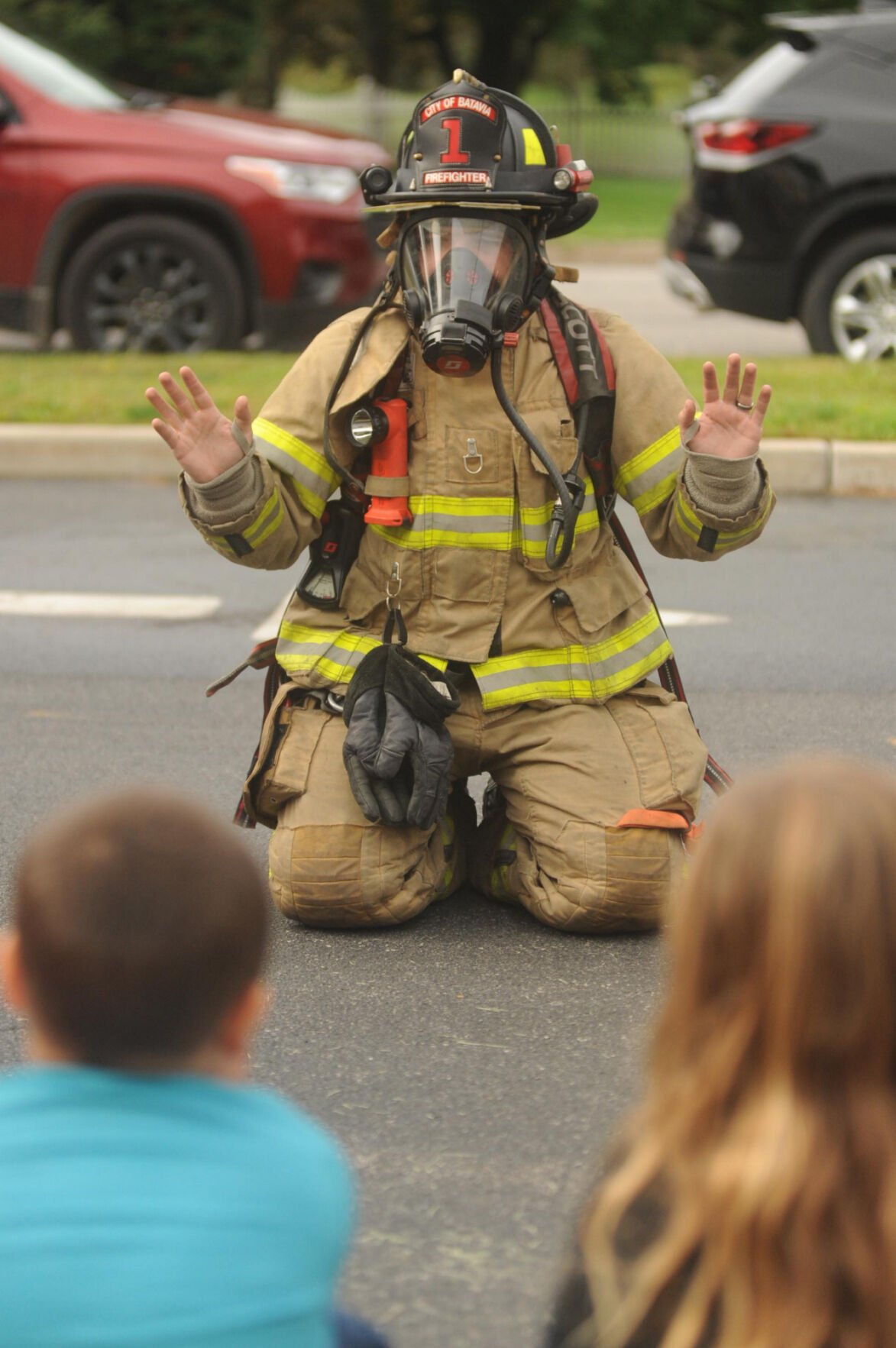 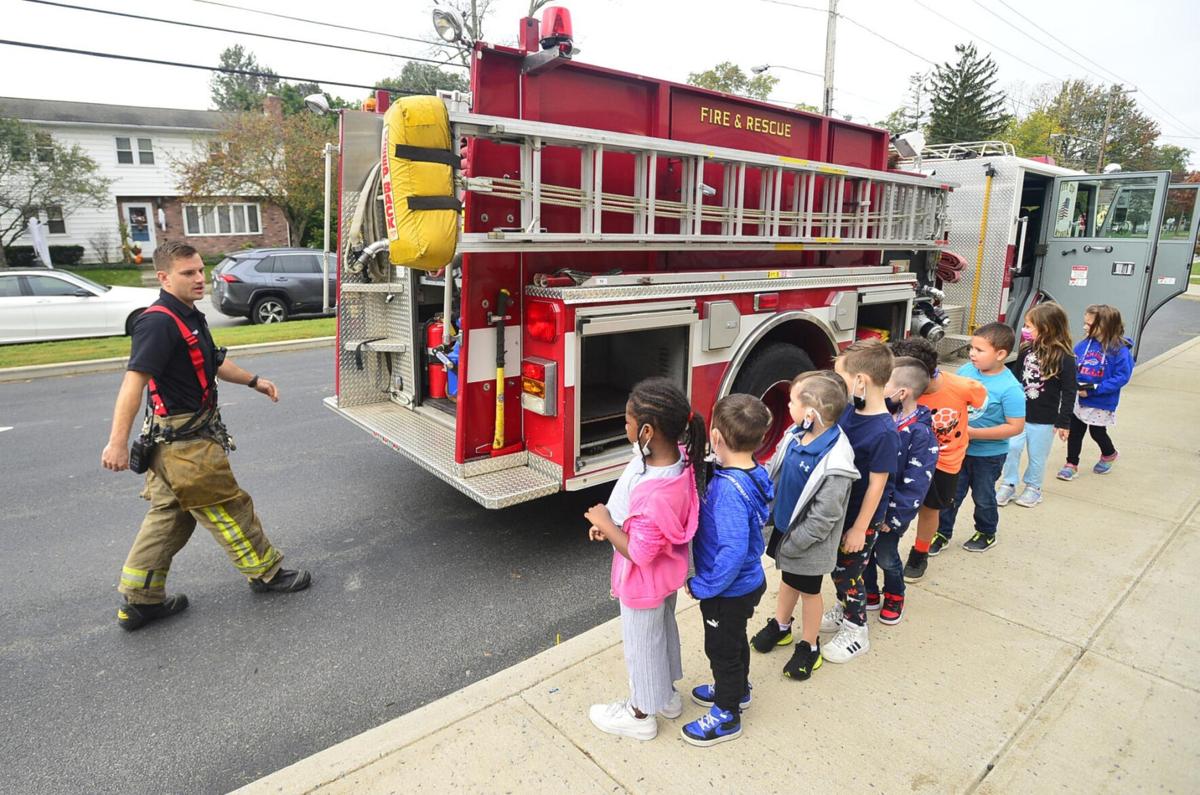 Mark Gutman/Daily NewsJackson Primary kindergarteners get a walkaround of one of the trucks from Fireman Sean Huggins on Friday morning. 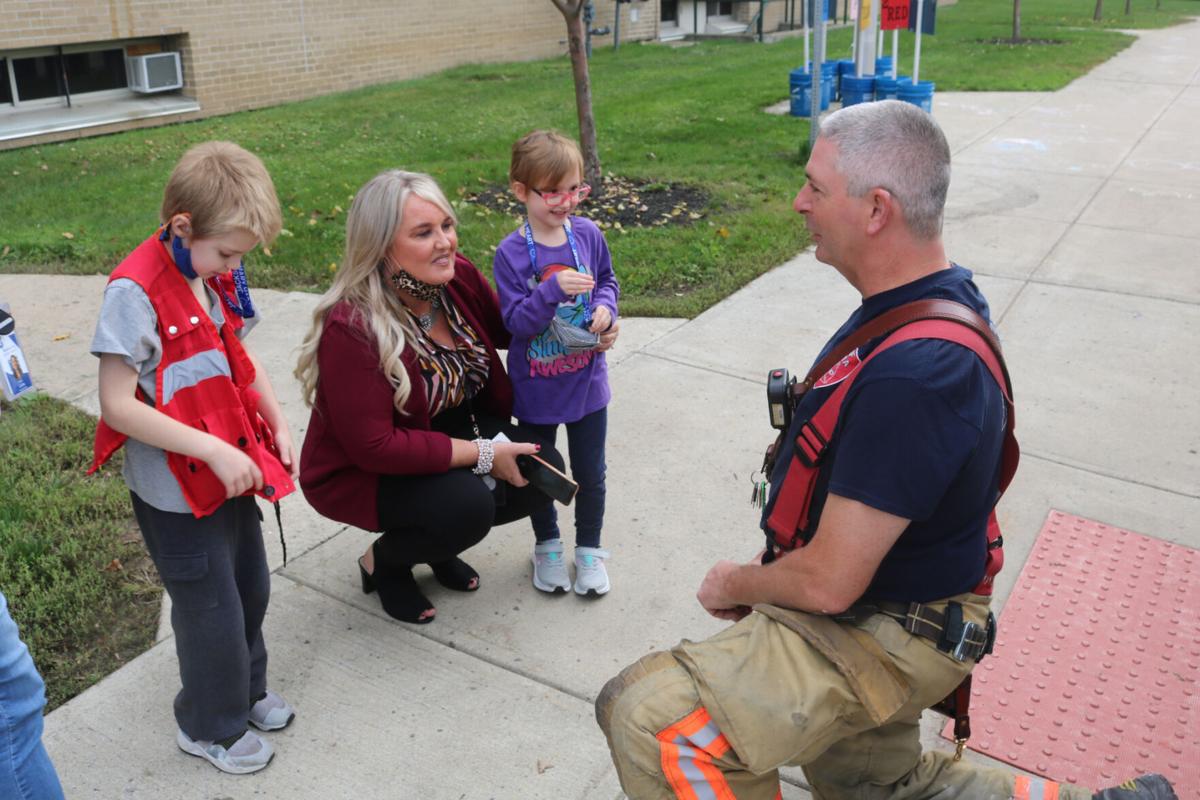 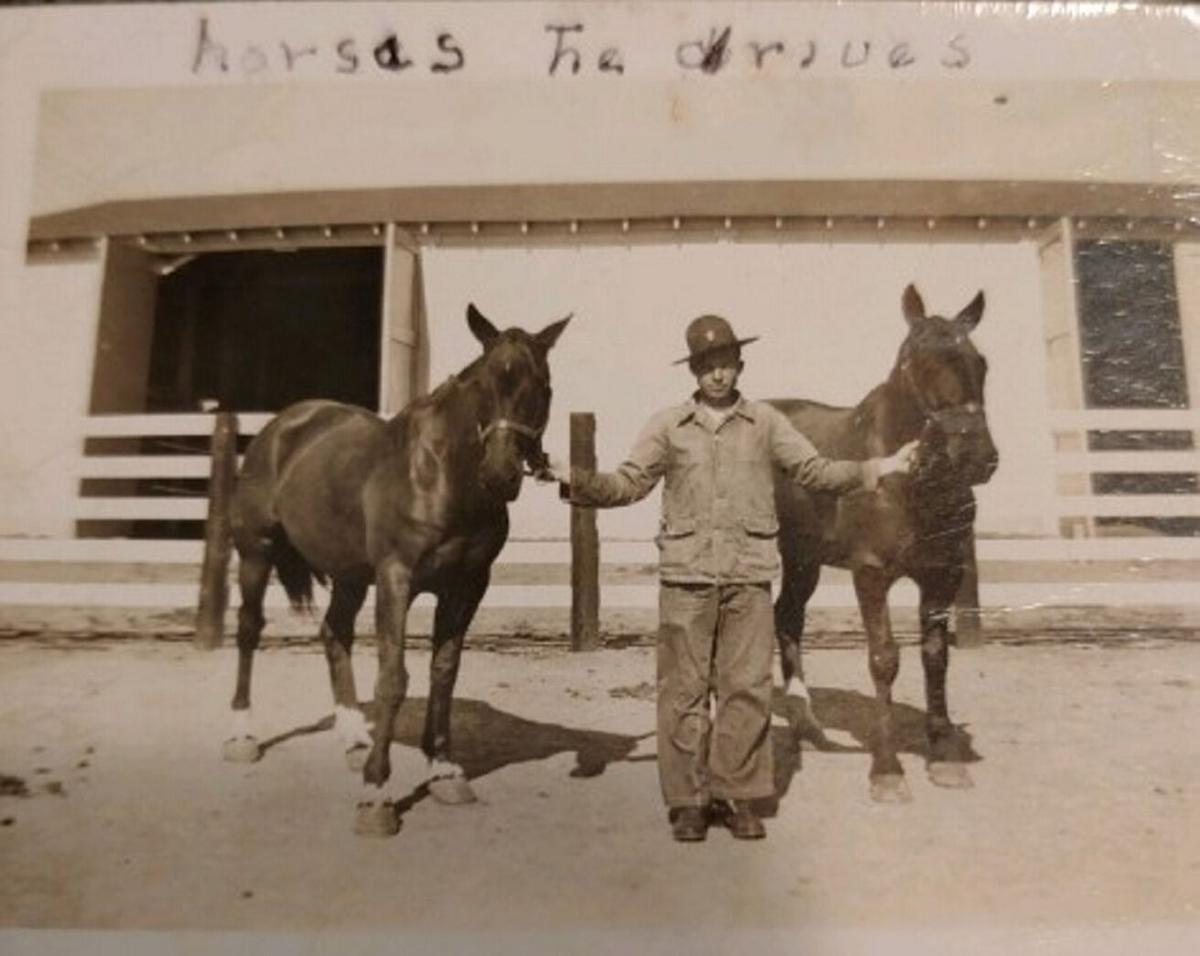 Mark Gutman/Daily NewsJackson Primary kindergarteners get a walkaround of one of the trucks from Fireman Sean Huggins on Friday morning.

BATAVIA — City firefighters asked the kids at Jackson Primary questions, but also showed them what they bring along when they respond to a fire call.

A few of the firefighters pulled up along South Jackson Street, next to the building and parked a couple of trucks there Friday morning as kids of various grade levels came out to hear what they had to say. Firefighters had done the same thing at John Kennedy Intermediate School the previous day.

Firefighter Sean Huggins asked the kids whether they put on costumes for Halloween, which is coming up in about three weeks. He said when kids put on their costumes, it’s still them underneath the costume. The same thing happens when Huggins puts on his turnout gear, he said.

“Just remember, it’s still me under here,” Huggins said. “There’s no reason to be worried or scared of us when we have all this stuff on.”

If firefighters like Huggins respond to in which kids need help, the important thing for them to do is to let firefighters know they’re there.

“If I went inside your house to come to save you guys or get you guys, would you hide?” he said, telling them not to do so.

While they were at Jackson, the firefighters let the students walk around and see what the fire truck looked like and what they have on the truck when they respond to a call.

Two of the students, Jaxson and Selena, even got to take a ride in a fire truck, a reward for making good choices when the school had a behavioral challenge called “Spotted Being Good.”

“They got a ticket from the teacher ... They got their names put on it,” Notaro said. “We had 800 kids who were spotted making good choices.”

A drawing was held and Jaxson’s and Selena’s names were drawn from the roughly 800 tickets, giving them the fire truck ride.

Another thing the students in each class got to do was use the hose to pretend to put out a fire. Each class lined up and the kids each took a turn before they were done.

“I just want to thank you guys for being such good kids this morning,” Huggins said.

Notaro said the students have practiced fire drills as required.

“They’re doing a good job listening to the rules of what the teacher wants them to do to be safe,” she said.

Huggins said the department comes to talk to kids in the Batavia City School District about fire safety every October during Fire Prevention Week (Oct. 3-9). They’ll be visiting all the schools in the district, he said, giving age-specific safety lessons.