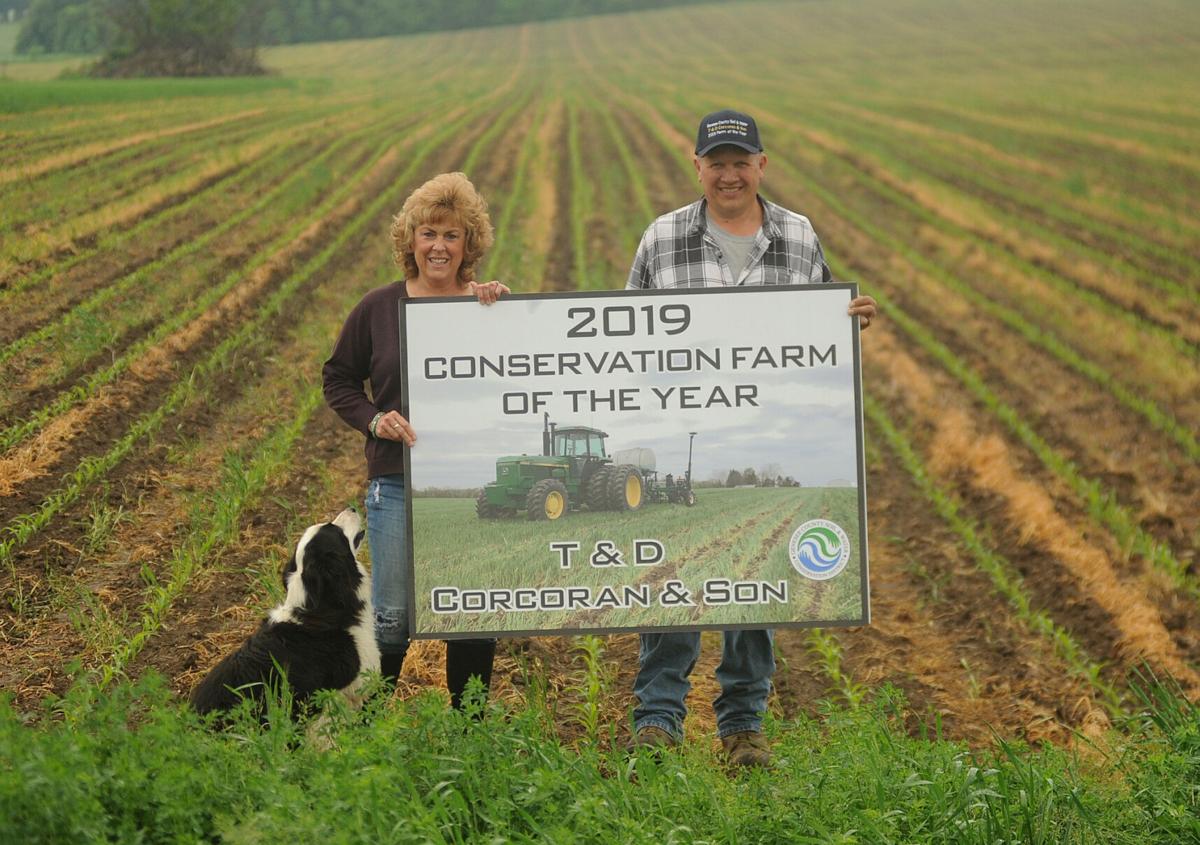 Mark Gutman/Daily NewsDiane and Tom Corcoran and T&D Corcoran and Son were honored Wednesday with the Conservation Farm of the Year Award. Their dog’s name is Diesel. 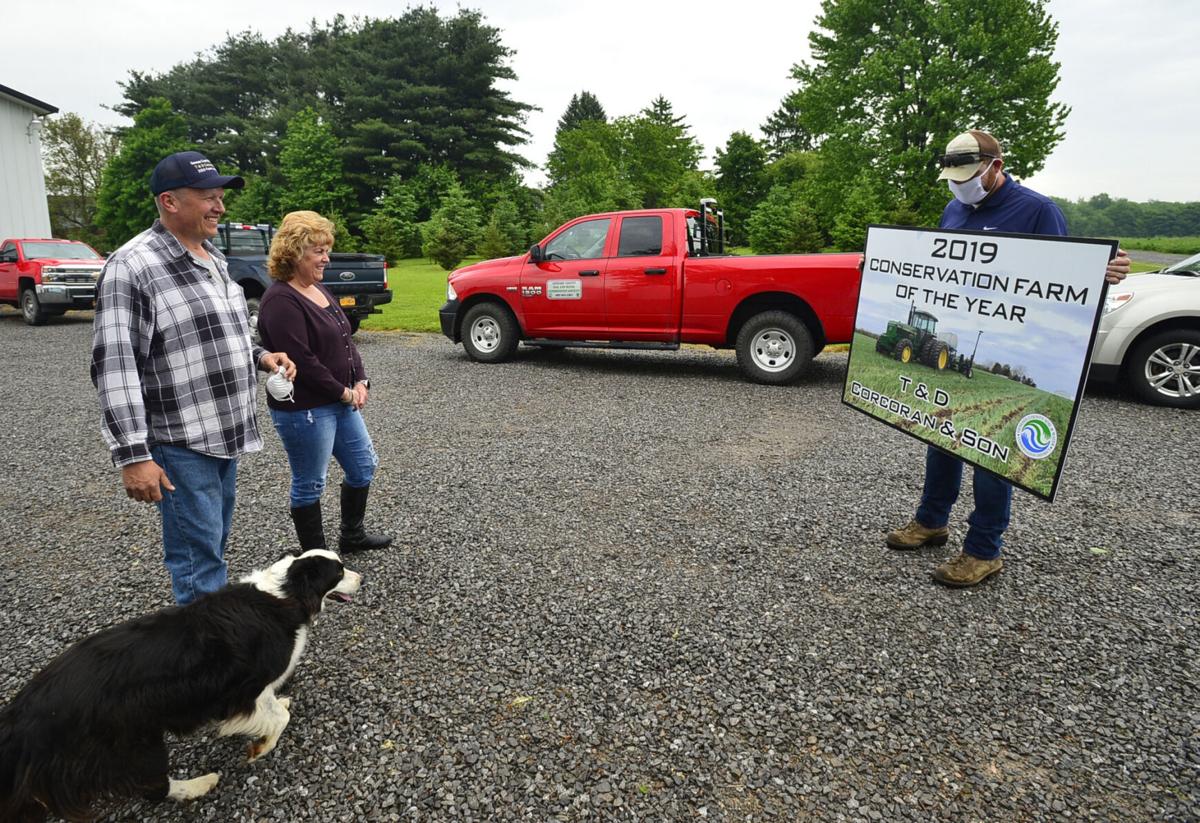 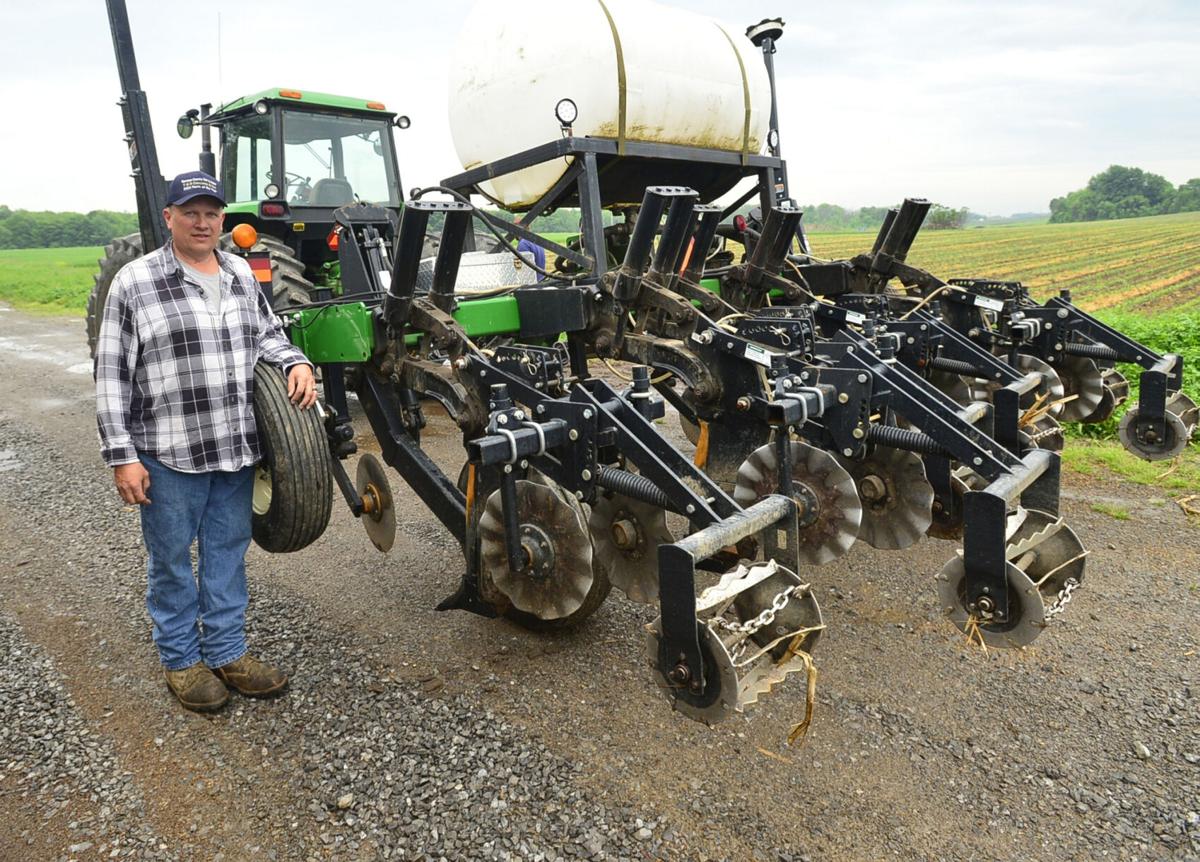 Mark Gutman/Daily NewsTom Corcoran stands next a strip tiller at his farm.

Mark Gutman/Daily NewsDiane and Tom Corcoran and T&D Corcoran and Son were honored Wednesday with the Conservation Farm of the Year Award. Their dog’s name is Diesel.

Mark Gutman/Daily NewsTom Corcoran stands next a strip tiller at his farm.

CALEDONIA — T&D Corcoran and Son farm has been doing what it can to have a minimal impact on its 650 acres in Genesee and Livingston counties, but the environment in general. For that effort, the McEwen Road farm, run by Tom, Diane and Troy Corcoran received the Genesee County Soil and Water Conservation District’s Conservation Farm of the Year Award for 2019.

At T&D Corcoran and Son on Wednesday morning, District Manager Brad Mudrzynski honored the Corcorans with the award and talked about the work they’ve done on their property to reduce the environmental impact. The cash crop farm, which began operations in 2010, uses strip-till and no-till systems and has been very active in the district’s Agricultural Environmental Management (AEM) program. The district says T&D Corcoran and Son utilizes cover crops every year to prevent soil erosion, reduce nutrient loss, increase infiltration, build soil organic matter and get better yields. Tom Corcoran attends national conferences on soil heath and uses his Instagram account to provide soil health outreach.

“This recognizes the work they’ve done in 2019,” Mudrzynski said of the award, though he added, “The way you guys preach some of these practices, some of this conservation work ... Thank you for the work you’ve done, not just last year, but all the years since 2010.”

Mudrzynski said Tom Corcoran has been very active on social media, giving advice — through videos, for example — and has hundreds, even thousands of followers.

Tom Corcoran said, “We’ve had at least four different farms that have switched to strip till after seeing our efforts. I probably post something every other day, not just about (conservation), but farming in general.”

The district says the farm’s practices help the environment by limiting impacts to water quality, reducing emissions to the air and storing carbon.

Diane Corcoran said the farm has a Sumbitch (Some Machines Brought in to Commemorate History) Tractor Show page on Facebook. Among the videos is about 30 seconds long and is about strip-till.

“You have all the residue from last year’s crop. It feeds the earthworms,” Diane Corcoran said. “It’s healthier for the soil. It prevents the topsoil from being washed away in a downpour like we had last night (Tuesday).”

Mudrzynski said, “On my side of things (soil and water conservation), it’s preventing the soil from going into Oatka Creek.”

Since 1959, Genesee County Soil and Water Conservation District has honored a farm who has displayed a long-term commitment to sustainable conservation, leads by example, and implements farm conservation best management practices on their own or with the district. T&D Corcoran and Son has met and surpassed these criteria, and continues to demonstrate outstanding stewardship of the land.