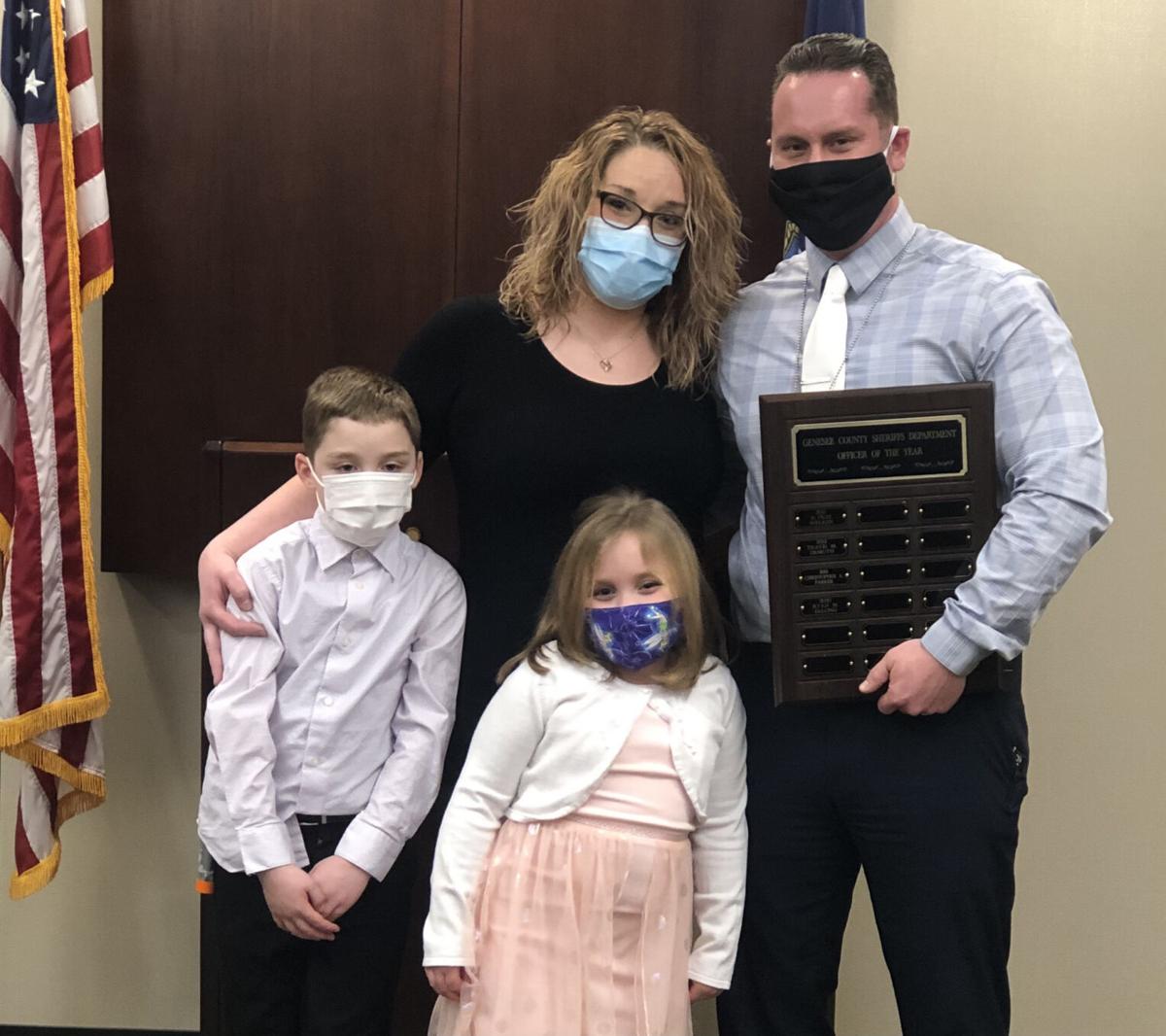 Officer of the Year Ryan M. DeLong shown with his wife, Stephanie, and two children during Friday’s ceremony. 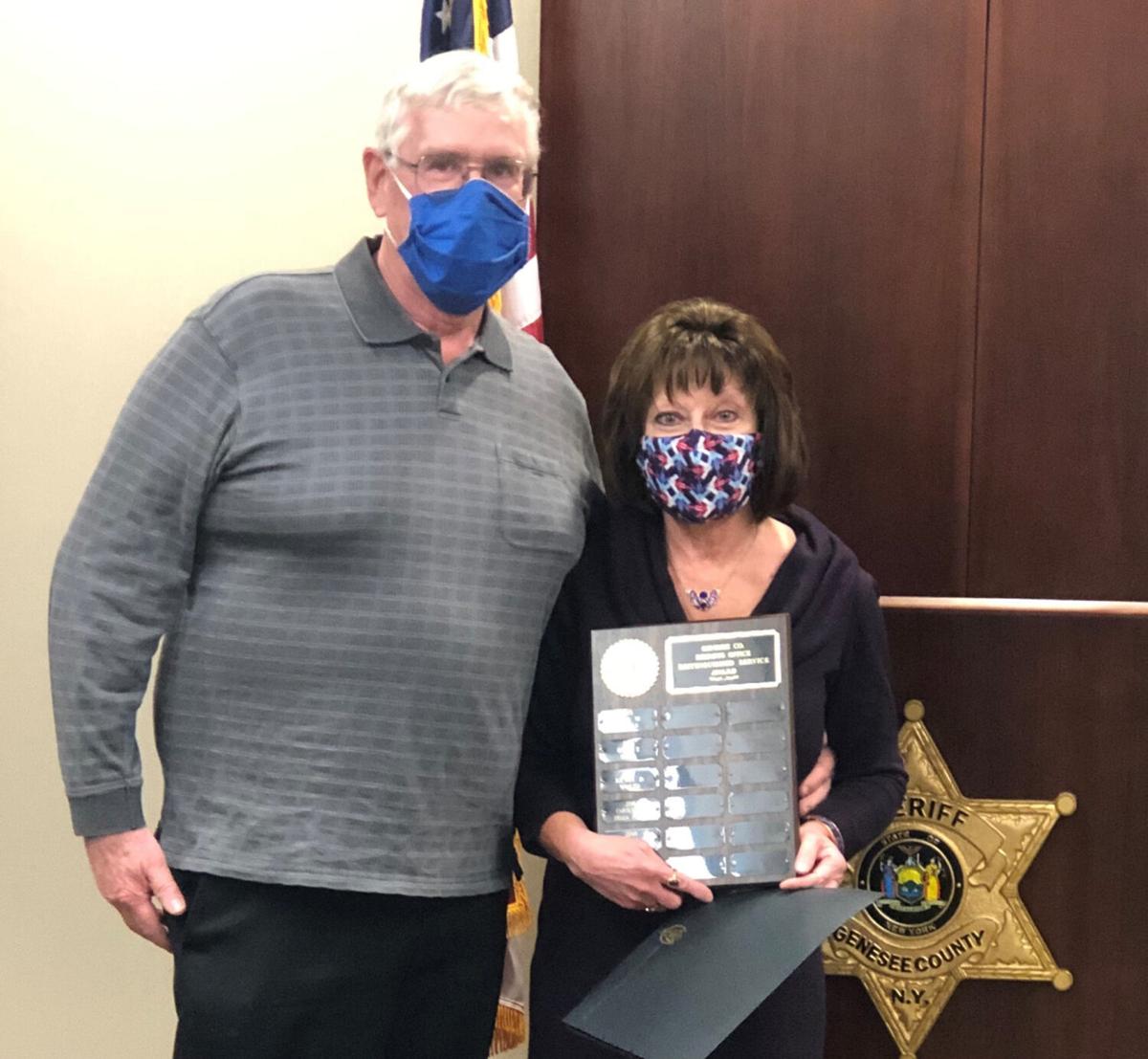 Catherine T. Uhly is shown with her husband, George.

Officer of the Year Ryan M. DeLong shown with his wife, Stephanie, and two children during Friday’s ceremony.

Catherine T. Uhly is shown with her husband, George.

BATAVIA — Professionalism. Dedication. And “knowledge beyond his years.”

That’s how Genesee County Sheriff William Sheron described his 2020 Officer of the Year.

Deputy Ryan M. DeLong, a nearly six-year veteran of the department and now an investigator, was honored Friday as Sheron announced his annual departmental awards.

The annual ceremony usually takes place during a luncheon at the Sheriff’s Office.

Instead, the awards were distributed individually throughout the day.

n Officer of the Year —

DeLong distinguished himself in the performance of service to the citizens of Genesee County during 2020.

Deputy DeLong’s professionalism and dedication are evident every day at work. He is a five-and-a-half year veteran of the Sheriff’s Office but displays knowledge beyond his years.

This is due to his continuous initiative to learn, through both formal departmental training and on his own with outside courses and reading. DeLong has consistently been one of the most productive deputies, almost always at the top in arrests and vehicle and traffic stops every year and was recently promoted to Investigator.

He has made numerous arrests, including multiple felonies, by using what he has learned and goes above and beyond.

DeLong has made several felony drug arrests, including one that a handgun was seized. He is also eager to share knowledge and his experiences with other deputies.

He is a relied-upon Field Training Officer and one that is looked upon routinely to train recruits. DeLong is also a Drug Recognition Expert and has been instrumental in arrests and prosecutions of numerous cases.

n Distinguished Service Award — Program Coordinator Catherine T. Uhly has distinguished herself as a member of the Genesee County Sheriff’s Office for more than 19 years.

Uhly began her career at Genesee Justice as a Principal Clerk in 2002 and was appointed Case Manager in 2014, with her final appointment to Program Coordinator in 2016.

She has been the recipient of two Meritorious Service awards for her professionalism and dedication.

Throughout her career, Uhly has devoted herself to the betterment of the Genesee County criminal justice system and the citizens of Genesee County.