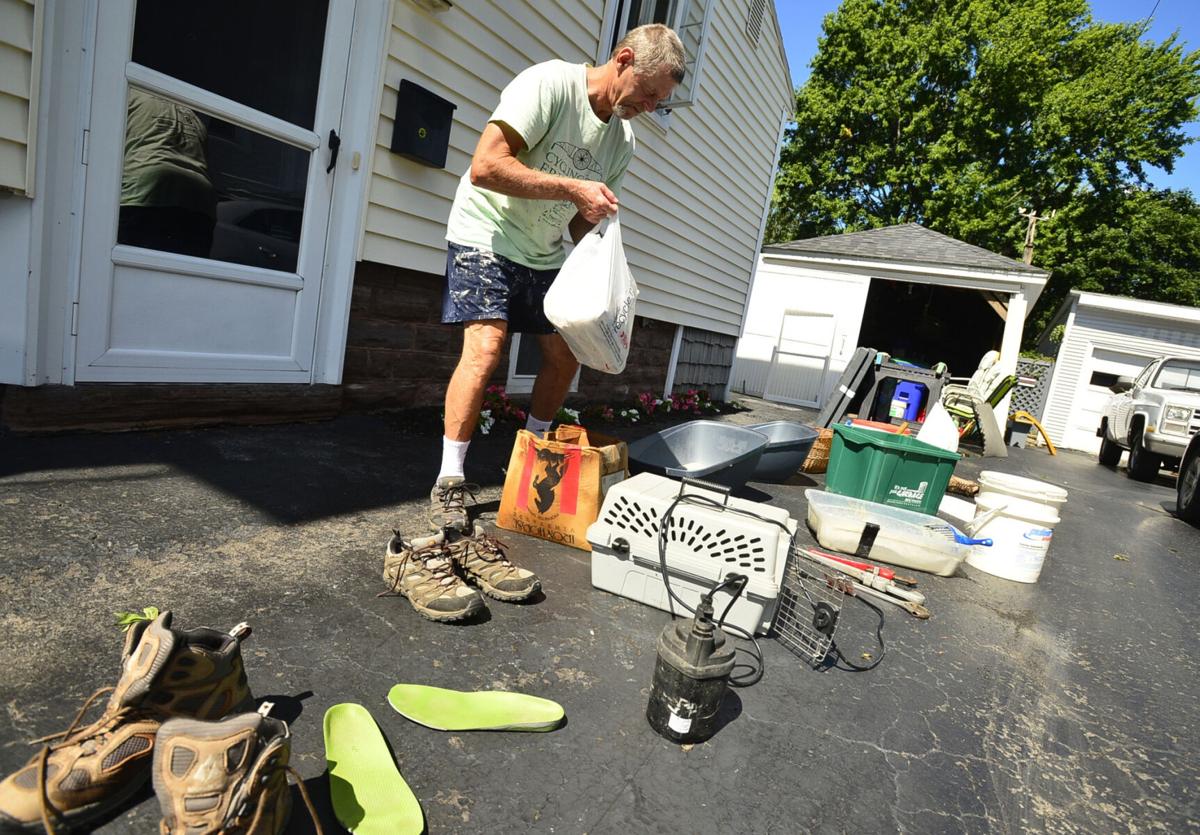 Mark Gutman/Daily NewsMedina resident Scott Grimm takes items out of his basement to dry out in his driveway on State Street on Tuesday morning after the flooding from Monday evening. 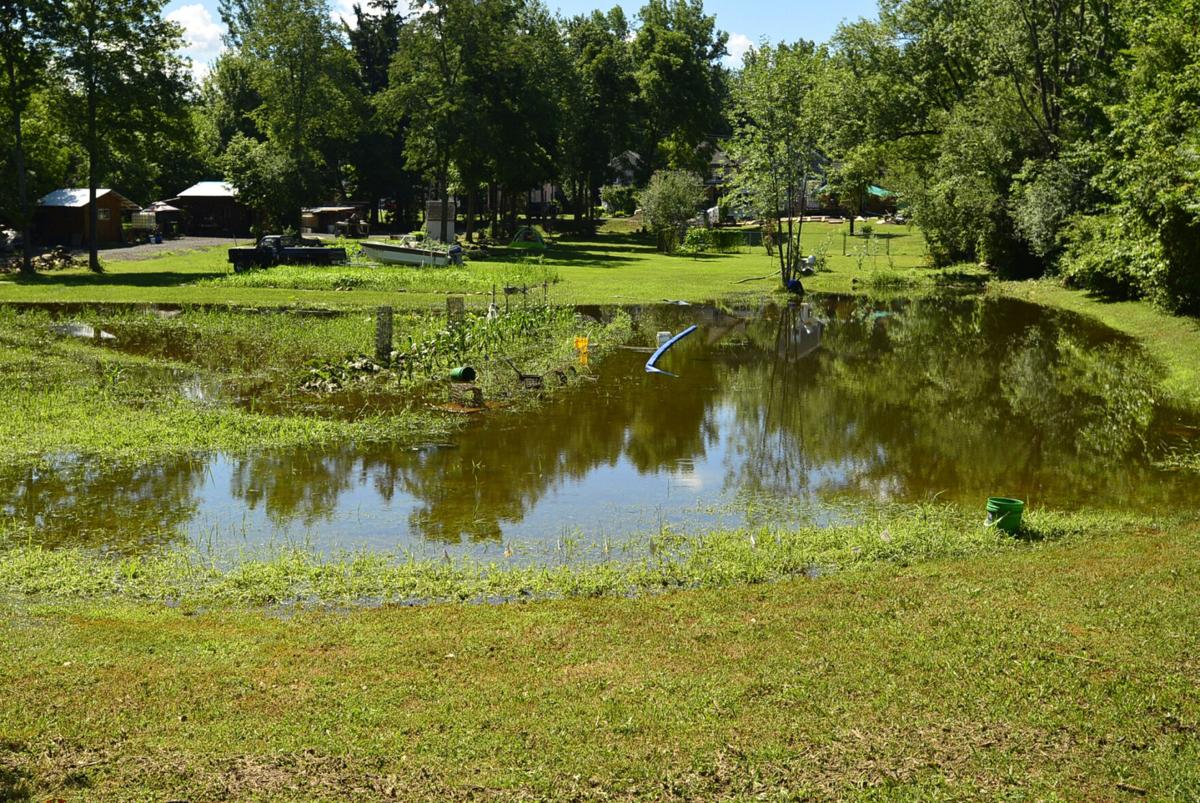 Mark Gutman/Daily NewsA garden owned by Kevin Heideman on State Street in Medina. is flooded out from the rains on Monday evening. 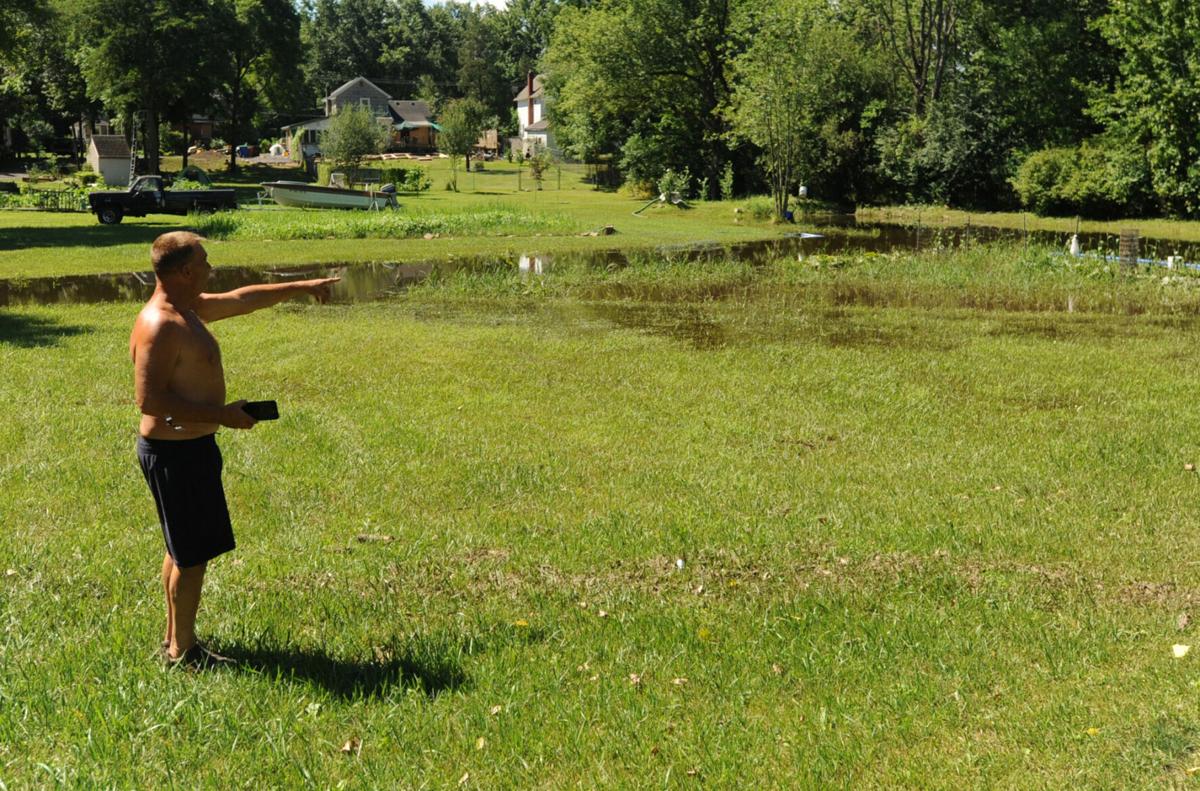 Mark Gutman/Daily NewsMedina resident Kevin Heideman points to where 3-4 feet of water was the previous evening on State Street. 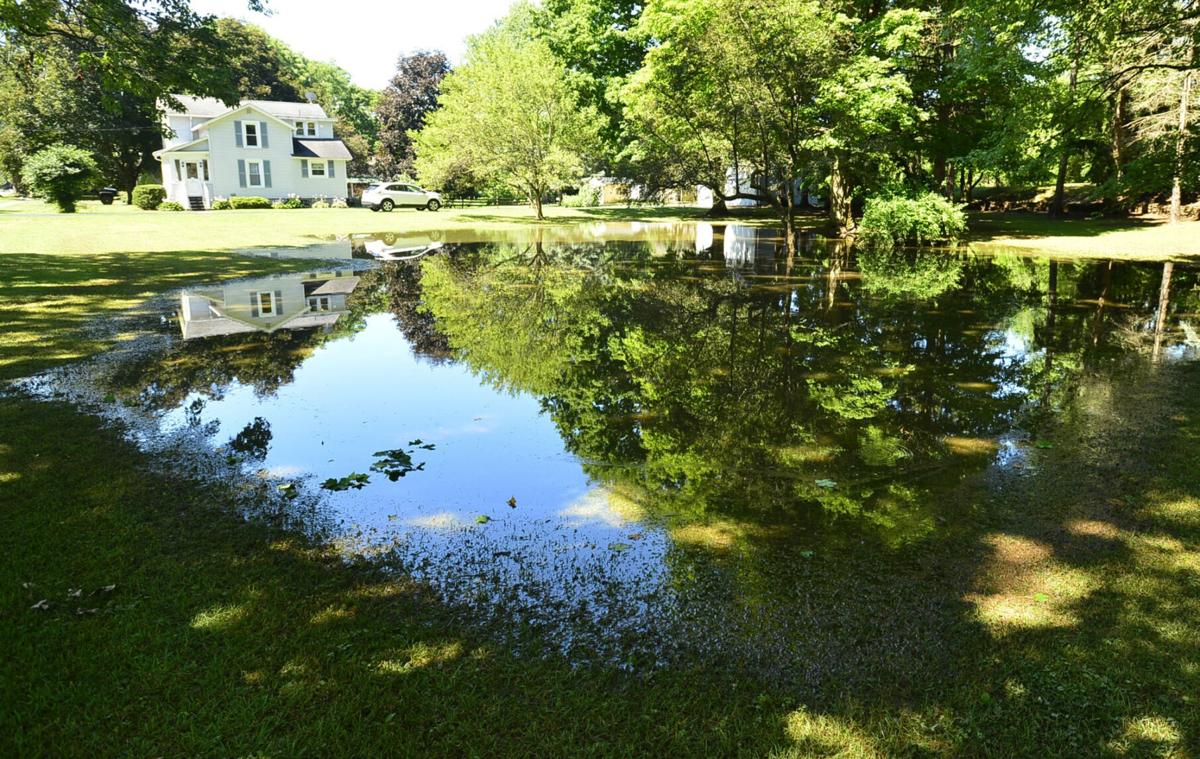 Mark Gutman/Daily NewsMedina resident Scott Grimm takes items out of his basement to dry out in his driveway on State Street on Tuesday morning after the flooding from Monday evening.

Mark Gutman/Daily NewsA garden owned by Kevin Heideman on State Street in Medina. is flooded out from the rains on Monday evening.

Mark Gutman/Daily NewsMedina resident Kevin Heideman points to where 3-4 feet of water was the previous evening on State Street.

MEDINA — Taking a drive through the village of Medina Tuesday morning was like any other sunny summer day.

At 5 p.m. Monday, children were swimming in parking lots and on streets. Basements were flooded, some with up to 6 feet of brown water.

Cars stalled attempting to travel through 3 feet of water. One car was swept from the road and into a ditch.

One for the books.

“We did some research into the history and we haven’t seen anything like this since 1985,” Medina Fire Chief Matthew Jackson said.

Between 5 and 7 inches of rain fell on Medina Monday afternoon, overwhelming the drainage system, flooding roads, yards, basements and parking lots, and forcing the mayor to call for no unnecessary travel in the village.

“It was an amazing experience,” said Kevin Heideman, who owns a stretch of property from North to State street. “I’ve been here almost 20 years and have never seen anything like this.”

Heideman’s property is low enough as it is, stretching from his house on North and dipping down to State Street. In the spring, part of the land is usually under water.

Even Tuesday morning, a half-acre plot where Heideman’s garden stands remained under 2 feet of water, his corn and other vegetables saturated.

“Everything got crushed,” he said. “I’ve never seen that much rainfall in that short a time.”

The rain began late Monday morning and remained steady for the next few hours. At 3:30 or so, it got worse.

“It was torrential,” Jackson said. “That’s when the streets flooded and we had to shut down some streets. Basements had 18 inches of water, some had 4 to 6 feet, up to window level.”

Power was shut off to some homes as the water began to submerge appliances.

At the fire department, it was a chaotic few hours.

For five weeks, village phone lines have been down after the department headquarters got hit by lightning. Firefighters used cell phones to take calls while some people walked to the fire department in search of help.

Volunteer crews from Ridgeway, Shelby, East Shelby and Barre were called to assist, mainly with pumping massive amounts of water from basements.

Scott Grimm of 209 State St. was at Lake Ontario painting when his wife called.

When he got home, his basement was flooded with nearly 2 feet of water, as were neighboring houses.

Tuesday, he was hauling rugs and soggy boxes from the basement, hanging things on a clothes line and setting other items in his driveway to dry.

His neighbor, Kevin Drew, said the water didn’t quite reach his furnace and refrigerator.

“I tried calling the fire department, but the numbers didn’t work,” he said. “I finally called 911 and they were here in about 20 minutes.”

The heavy rain was unusual in that other areas of Orleans to the south and north got little, if any, rainfall Monday.

National Weather Service officials in Buffalo said strong winds from lakes Ontario and Erie came together and formed a line of heavy storms over central Orleans, storms that didn’t stop.

The skies opened again about 8:30 p.m., further drenching fields and roads from Medina through Albion and into Gaines and Murray.

The damage was kept, surprisingly, to a minimum, Jackson said.