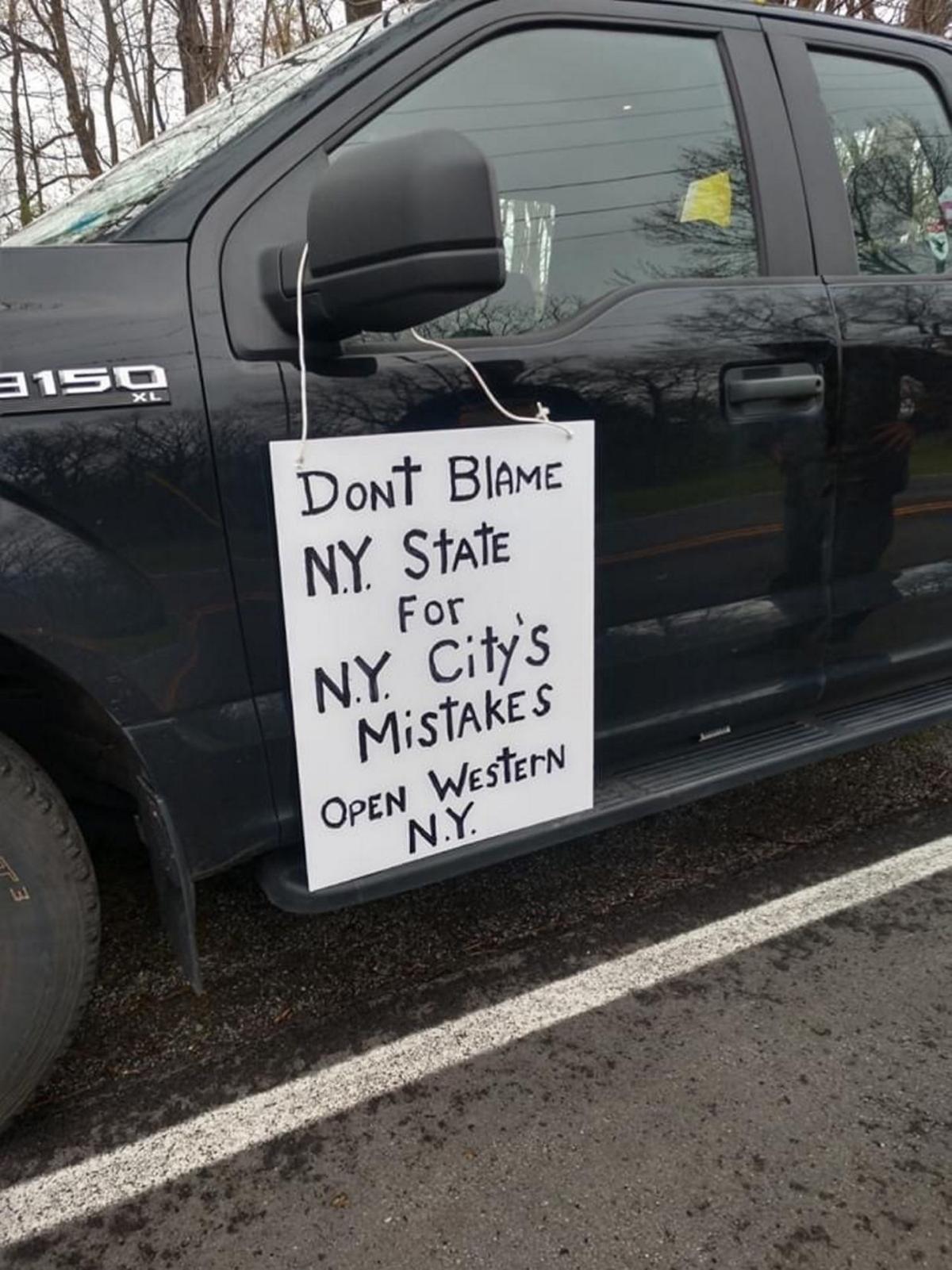 SUBMITTED PHOTO Some of those who road along in the “Rally to Free New York” event gather in Le Roy.

SUBMITTED PHOTO Some of those who road along in the “Rally to Free New York” event gather in Le Roy.

Looking back on the local “Rally to Free New York” procession he organized and participated in last weekend, Bill Fox Sr. said it’s time for those who haven’t been able to work to get the chance.

“Some of them have been laid off. I know people who, to this day, have still not gotten unemployment and it’s been 10 weeks. I know one person who’s been waiting a long time,” he said Wednesday. “I know other people who were waiting awhile before they got it.

Fox, owner of Bill Fox & Son Construction & Remodeling, LLC, of Le Roy, said unemployment benefits should be there for people who apply for it.

“As a business owner, I pay into it. There’s problems with the system if it’s taking that long. People are sitting at home with no money,” he said.

Fox aid he’s been able to keep working since the start of the COVID-19 pandemic. He said in Saturday’s procession, there were probably 14 vehicles, including seven motorcycles, and said some of the vehicles had more than one person in them.

“There were quite a few veterans there, as a matter of fact. Most of the guys on motorcycles were veterans,” he recalled. The rally began at Hartwood Park in Le Roy and ended in Batavia. There was local participation as part of a statewide rally by people who wanted to exercise their rights to life and liberty, according to a flyer for the event.

As far as public reaction to the event, Fox said, “There was more support for it, but there were people who didn’t like it.”

Fox said it is terrible that people are dying from COVID-19 and that his heart goes out to their families. People can’t live in fear, though, he said.

The Le Roy resident said we don’t know the truth because we hear in the news that deaths from conditions such as heart attacks are being recorded as COVID-19 deaths.

“‘Who do you believe?’ is basically where I’m at with this whole thing,” he said.

When he’s at a job site, he’ll do whatever the homeowner wants as far as taking precautions under COVID-19 and that he keeps his distance from people.

“I could be open as long as I kept one guy on the job site and the homeowners were OK with it,” he said.

City of Batavia Police Department Sgt. Marc Lawrence, who was the supervisor on duty that day, said an organizer for the procession requested no assistance from police. At that time, the department was made aware this event was happening.

At some point that morning, police received a call from a driver at one of the intersections in the city that the procession was holding up traffic.

”They weren’t running red lights, but once they started going through the intersection, they didn’t stop once the red light turned,” Lawrence said. Police contacted Fox after getting the report of traffic problems.

“That’s when we stepped in and were able to create an alternative plan. We were able to corral them and provide assistance to them to continue on their way,” the sergeant said. “They had just passed Park Road and they were working their way around Veterans Memorial Drive and we were able to get everyone to stop at the VA and reorganize.

Lawrence said other than that, there were no problems. The event proceeded peacefully and no arrests were made.

“Once they got through the city, they left and continued on Route 5 eastbound back to Le Roy,” he said.

Fox took responsibility for the traffic issue and said he was in touch with police about it.

“They called me. They were good about it,” he said. “They met us. They got us through Batavia. There were no problems. The city of Batavia police were very good. So was the Le Roy PD.”