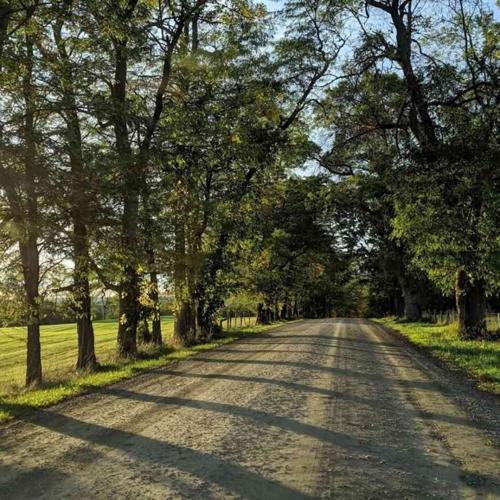 Photo courtesy of Genesee Valley ConservancyTo help restore the road to its former glory, the Conservancy and community members came up with a plan to replace the trees. 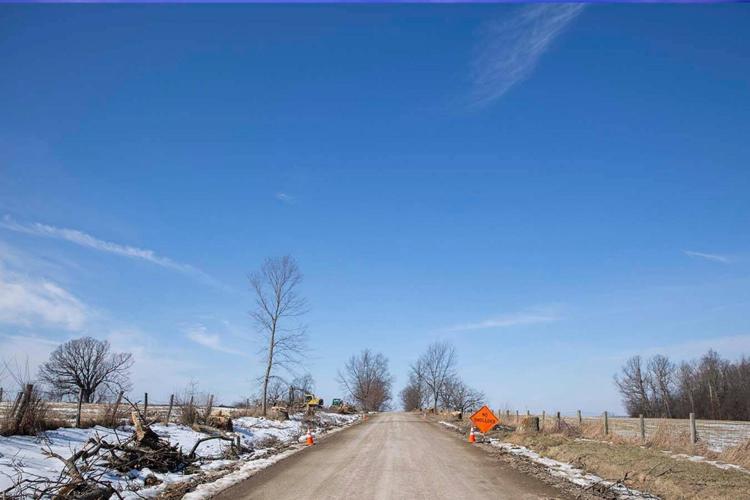 Provided photosAbove is a view of Nations Road after the town of Geneseo was forced to fell 270 ash trees infected with the emerald ash borer. The invasive insect has caused tremendous damage.

Photo courtesy of Genesee Valley ConservancyTo help restore the road to its former glory, the Conservancy and community members came up with a plan to replace the trees.

Provided photosAbove is a view of Nations Road after the town of Geneseo was forced to fell 270 ash trees infected with the emerald ash borer. The invasive insect has caused tremendous damage.

GENESEO — The once scenic beauty of Nations Road that stretches from Avon to Geneseo has been replaced by stark emptiness. The lush greenery of hundreds of leafy ash trees is now gone after an Emerald Ash Borer infestation was uncovered.

“There were trees that had gotten infected or killed from the ash borer and were at high risk of falling into the roads and causing damage,” said Genesee Valley Conservancy Executive Director Benjamin Gajewski.

To keep people safe, the town of Geneseo removed the 270 dead ash trees over the winter. The iconic road, once lined with towering trees, is now lined with tree stumps.

The Emerald Ash Borer, an invasive insect, killed the trees by burrowing into them and feeding on their nutrients. Females lay eggs in the bark and can reproduce and spread at an incredibly fast rate. The larvae feed underneath the bark of ash trees to emerge as adults in one to two years.

As the trees were being removed this past winter, the Conservancy and local community members saw “the severe change to the landscape” the removal was causing.

“It is such a shocking change,” Gajewski said. “Those were massive trees and there were so many of them removed. I mean, it is just a completely different landscape which is what I think people responded to is seeing those images and realizing what had happened.”

To help restore the road to its former glory, the Conservancy and community members came up with a plan to replace the trees.

“It might take a few years to get as large and as impressive as the ash that were removed but at least getting something planted today will mean that years from now someone will be able to appreciate the road as it was the last few years,” said Gajewski.

One of the big things he says the Conservancy is deciding on is what type of trees to plant.

“We are going to go in and diversify the species up and make sure that we have no more than 10 percent of any individual type of tree,” he said. “... as other blights and infections come through, yes, there will be trees that will die in the future from things like this but it will not be nearly the severe impact.”

Another issue they’re working on is making sure there is enough distance between each tree and then selecting species of trees that are easy to maintain.

“They (town of Geneseo) also want to make sure that they do not ever have to go in and remove nearly 300 trees again in a couple of months,” said Gajewski.

The Conservancy says they also want to plant trees that will be beneficial to the local wildlife.

“The trees will have an impact as we are trying to pick trees that will benefit wildlife, that have fruit and have things for birds to eat,” Gajewski said.

Once they select the trees, Gajewski said they will not be planting until sometime in September or October.

“We do not really have an interest in putting them in this week and having to water them for the rest of the season. We are going to try and plant them later in the fall when they do not need as much maintenance to get established and survive,” he said.

Money to pay for the project has been done largely through fundraising efforts. More than $20,000 has been raised and Gajewski said most of that has been through generous donations from the community.

“We had a challenge grant that a donor had pledged if we could raise $5,000 they would match that dollar for dollar. In less than two days, we had reached that level,” he said. “It was a pleasant surprise and a shock that we did it so fast.”

In addition to paying for trees and the cost of planting them, the donations will also be used to help pay for stakes and deer guards around the trees.

“If we raise more funds we can either get some larger trees that will look more impressive quicker or just get that many more trees to put in,” said Gajewski.

Gajewski said the project is still in the planning stage.

By the time it’s finalized and trees are in the ground, Gajewski said he’s hopeful the new plantings will help to bring back the iconic look of Nations Road that people of all ages will be able to enjoy for generations to come.

“If we do not replant trees today, 50 years from now the road would not look as impressive as a lot of us grew up seeing and appreciating,” he said.