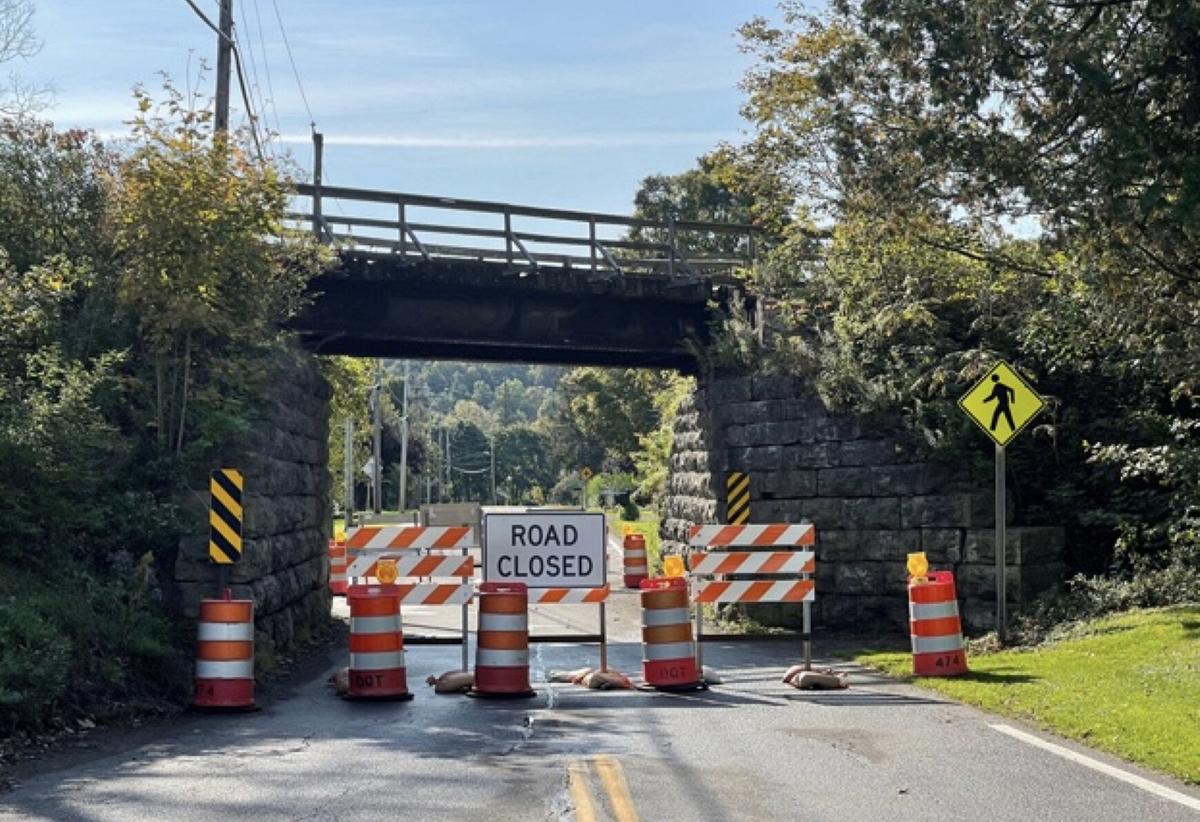 Route 362 has reopened in Bliss following the removal of an old railroad overpass. The span’s abutments will remain for at least this year. 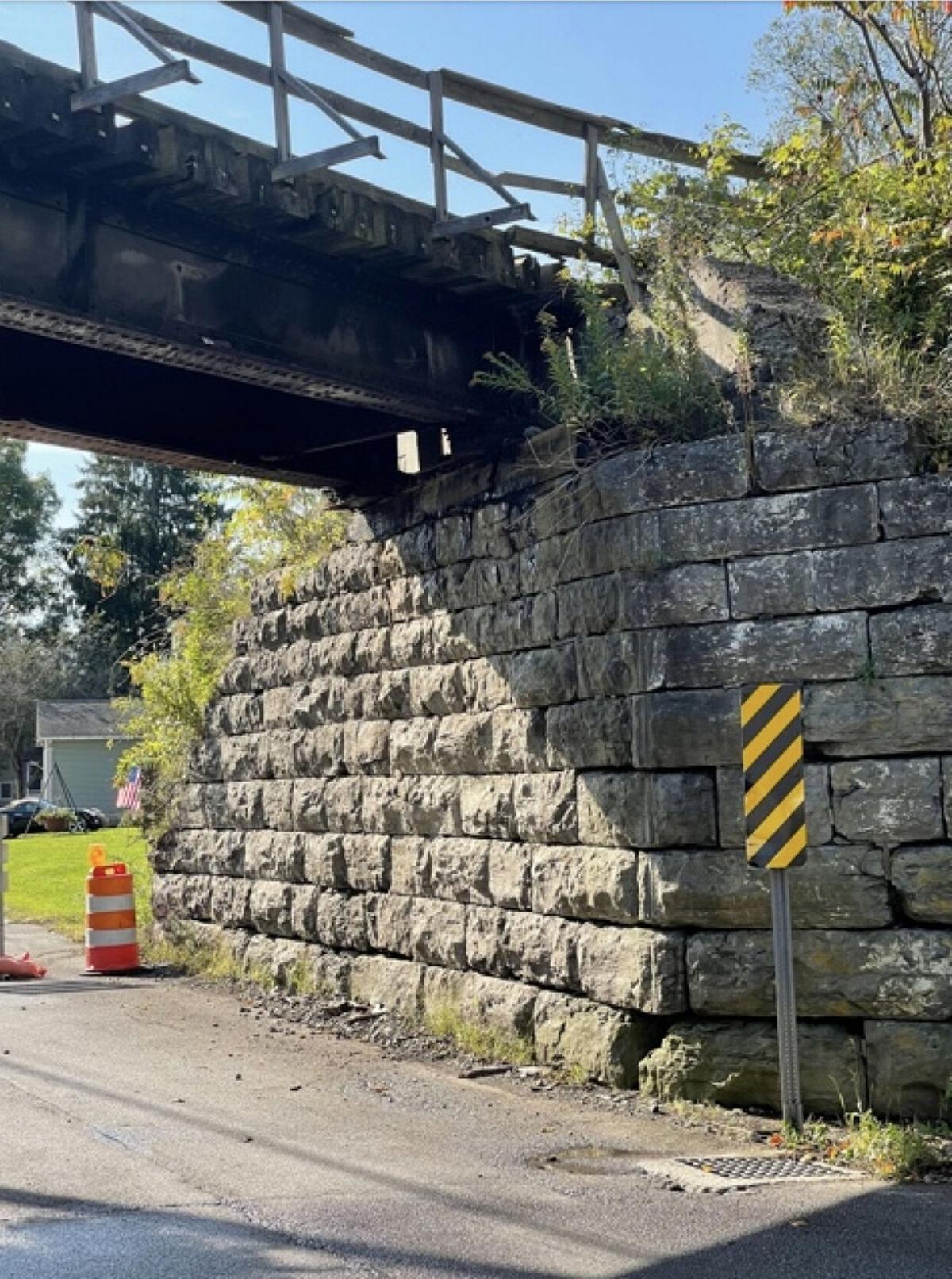 An old railroad overpass over Route 362 in Bliss was damaged and knocked out of position after a series of accidents on Sept. 24.

Route 362 has reopened in Bliss following the removal of an old railroad overpass. The span’s abutments will remain for at least this year.

An old railroad overpass over Route 362 in Bliss was damaged and knocked out of position after a series of accidents on Sept. 24.

BLISS — The old railroad overpass on Route 362 just might be the unluckiest bridge in recent memory.

The highway remained closed at the bridge Monday morning after it was hit by vehicles in three separate incidents Friday evening. Crews from the state Department of Transportation were slated to inspect the bridge to determine its ultimate disposition.

“They are working with the railroad to develop a plan to remove it,” said Director Brian Meyers of Wyoming County Emergency Management. “Further removal of the side walls and widening of the road would come at a later time.”

The exact time frame was unknown as of Monday.

The first accident occurred at 3:46 p.m. when the bridge was hit by a backhoe, Meyers said. The highway was closed for several hours

The bridge was struck again at 5:11 p.m. — this time by a tractor-trailer. And it was apparently hit again a bit later by a recreational vehicle.

Meyers said it’s believed the first accident’s impact moved the bridge. Its shifted position contributed to the other accidents.

The damage was easily visible Monday, with the bridge knocked slightly off its stone foundation. Route 362 was closed again about 8 p.m. Friday is now open to local traffic only.

The bridge’s age wasn’t immediately known Monday, but it has been out of service for about 30 years. It was originally located on the Buffalo Rochester & Pittsburg railroad route from Rochester south to Ashford Junction in Cattaraugus County.

The bridge was later owned by the Chessie System and ultimately became part of the Rochester & Southern railroad in 1985.

The last trains crossed over it about 1990. The line was then abandoned from Silver Springs to Machias and the rails were removed shortly afterward.

The bridge is located slightly north of the hamlet.