Sign Up
Log In
Purchase a Subscription
You have permission to edit this article.
Edit
Home
COVID-19: Back open for business
News
Sports
Obituaries
Opinion
Arts & Life
Calendar
Photo and Video
Ads
eEdition
More
Share This
1 of 10 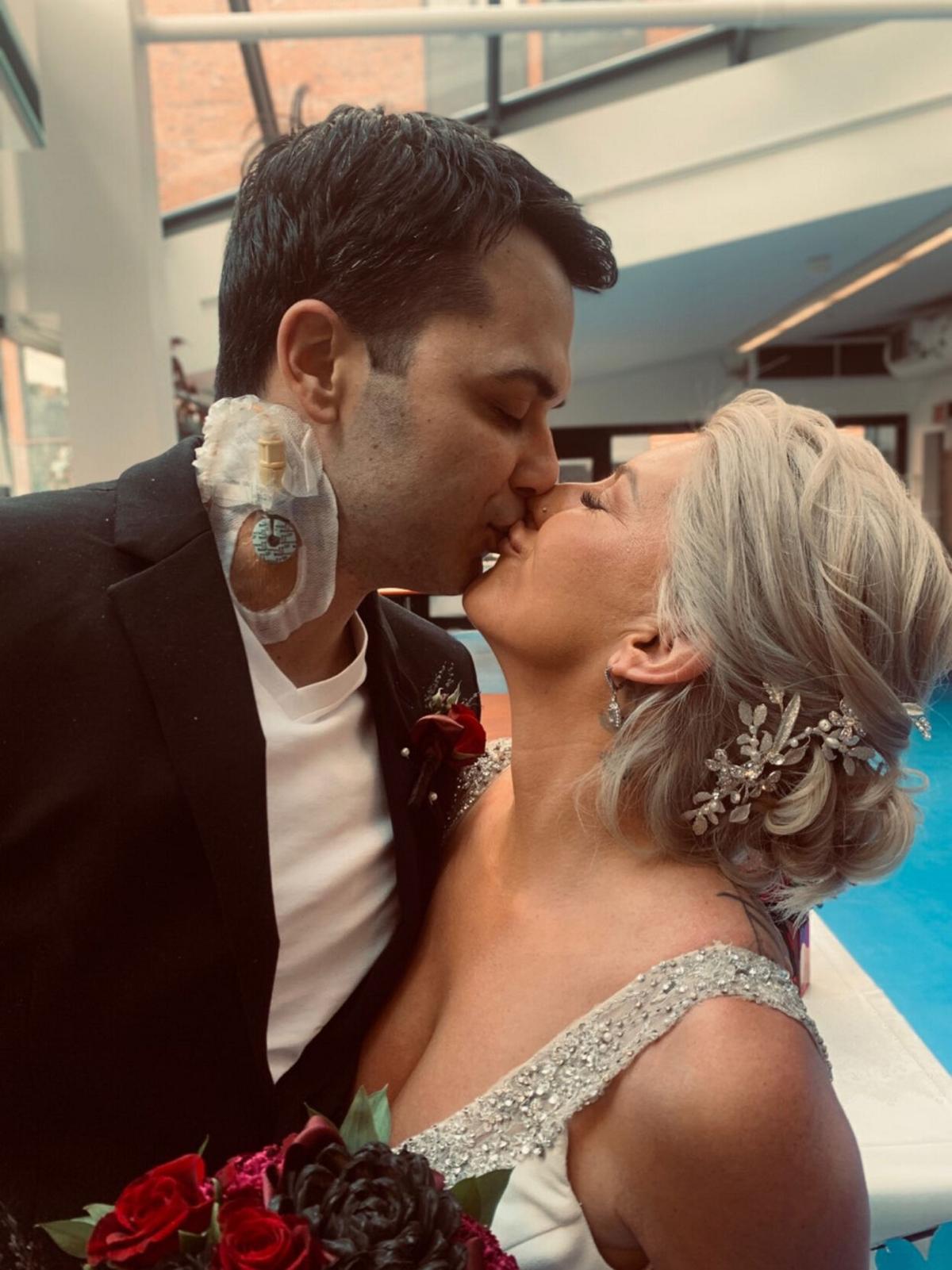 PHOTO COURTESY OF ALICIA SCHMIDTLouie Vacanti and Alicia Schmidt of Holland kiss after they were pronounced man and wife during their wedding Monday.. 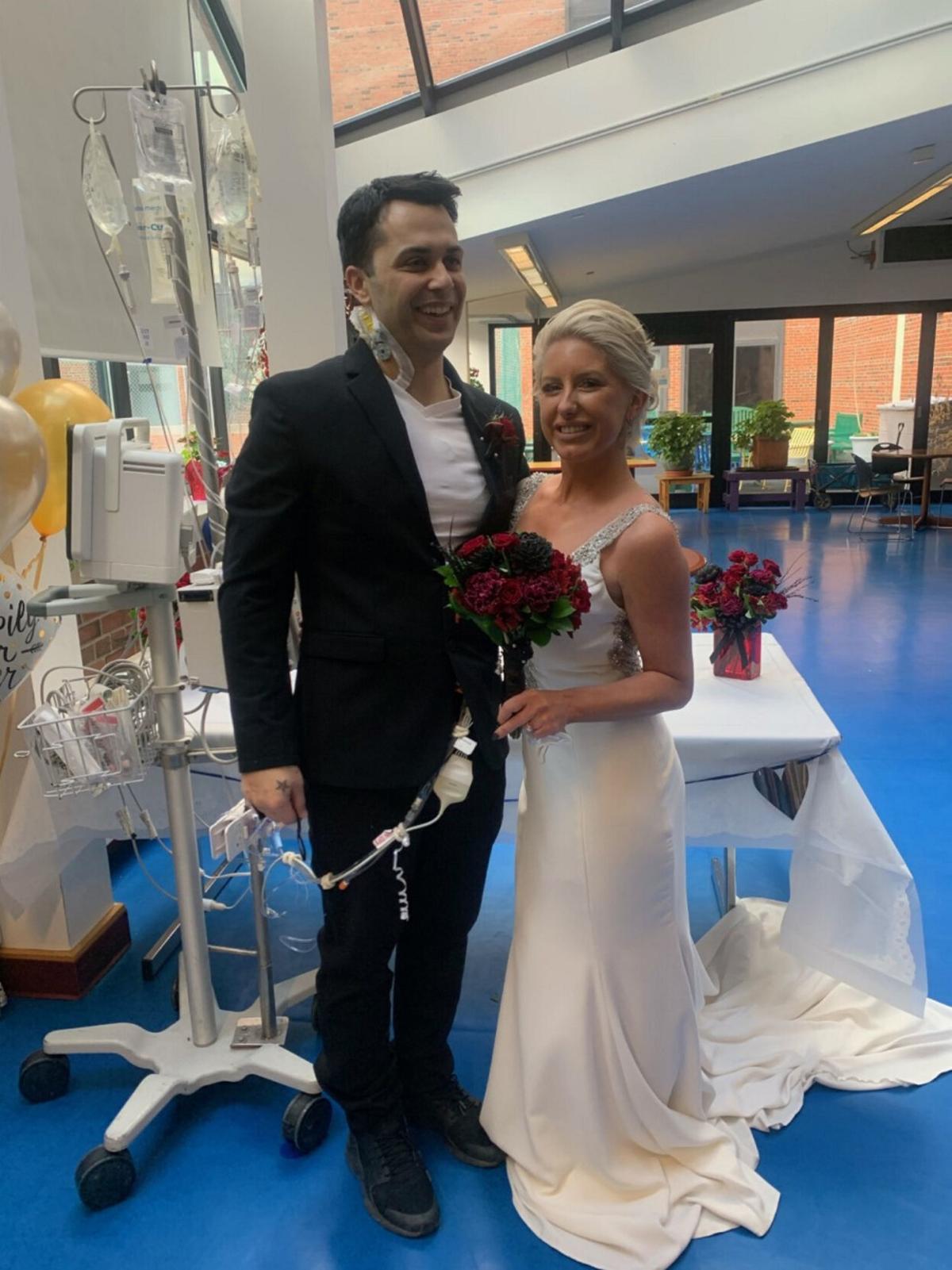 PHOTO COURTESY OF ALICIA SCHMIDT The newlyweds pose for a picture at Strong Memorial Hospital. 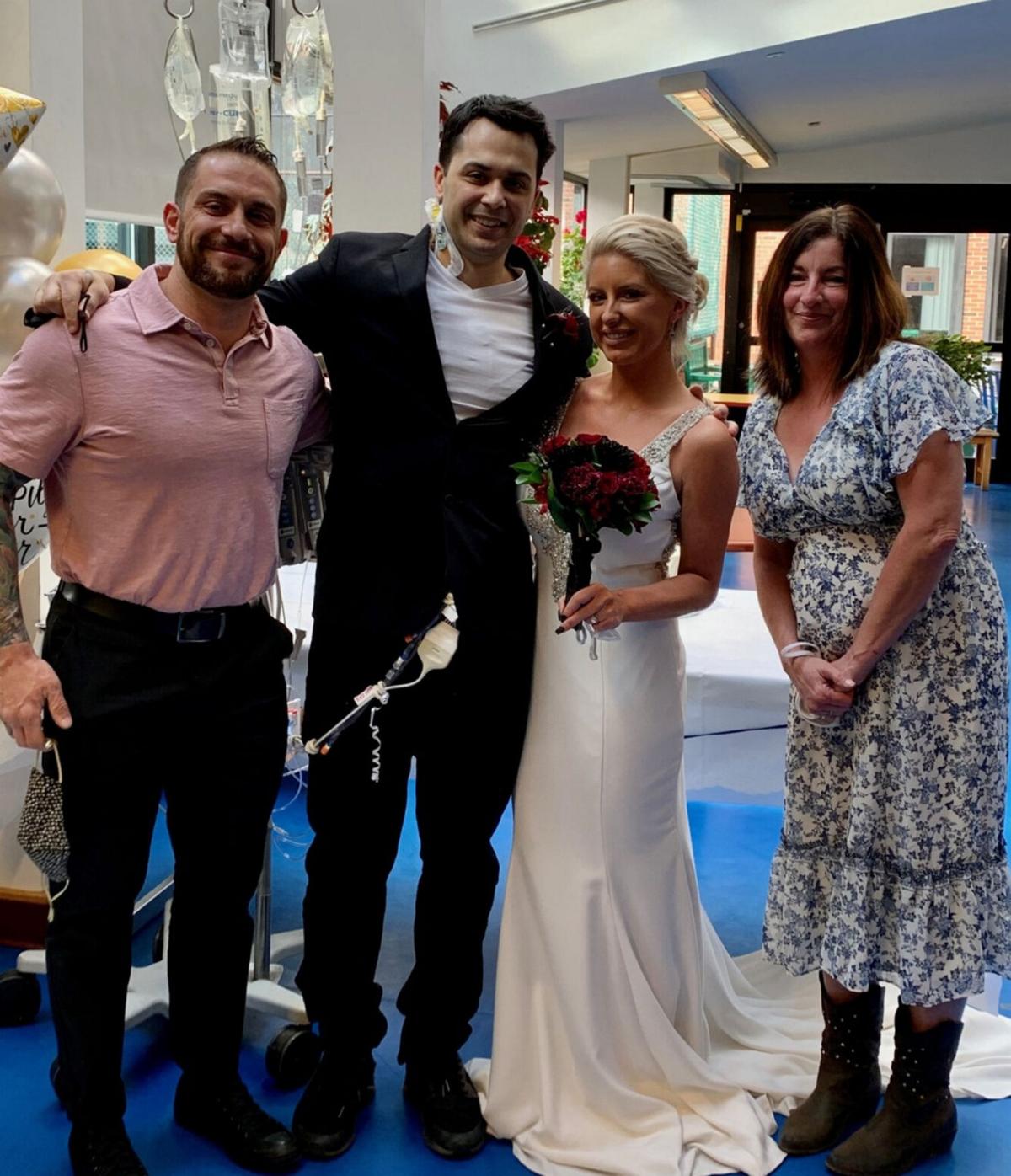 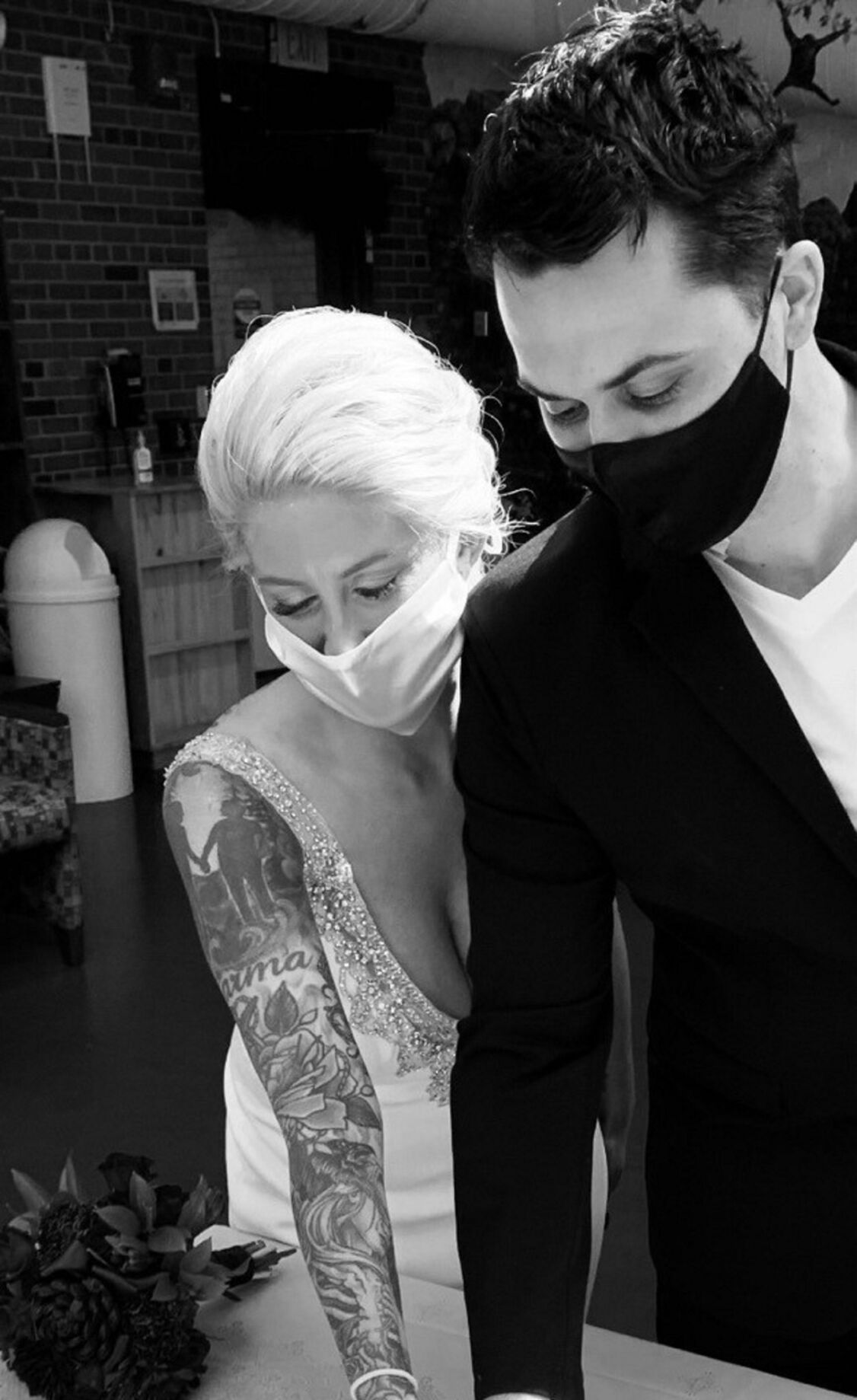 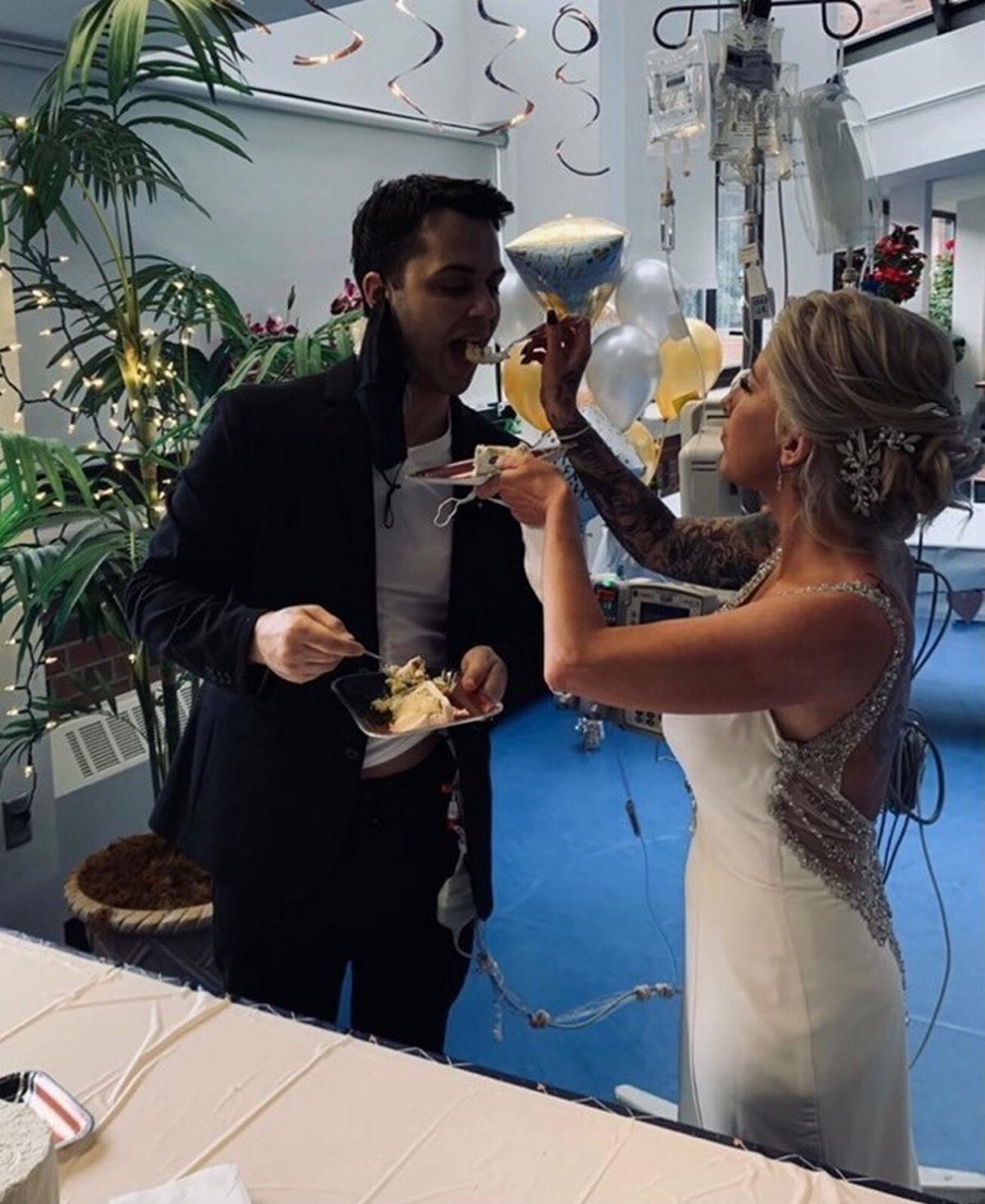 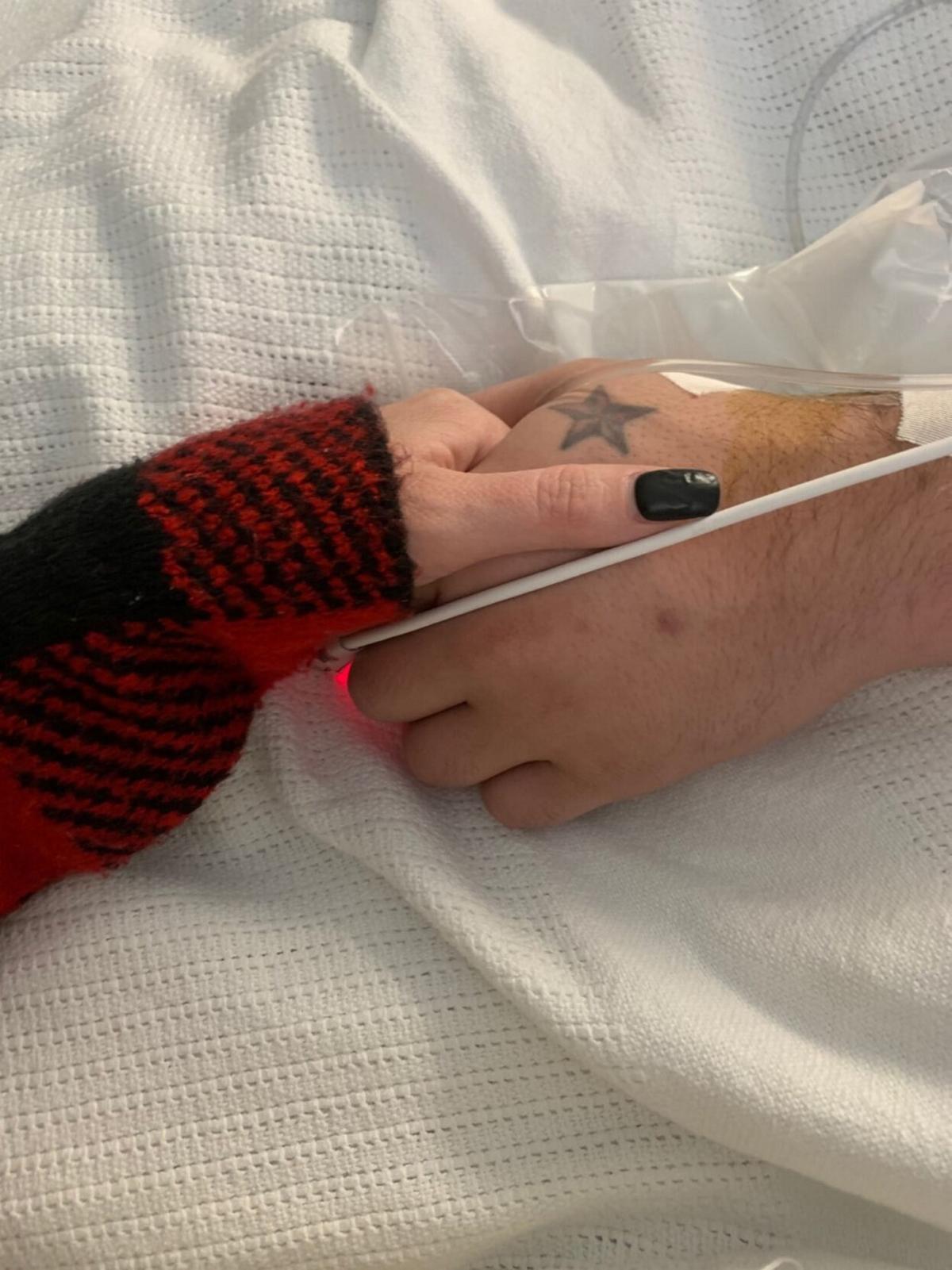 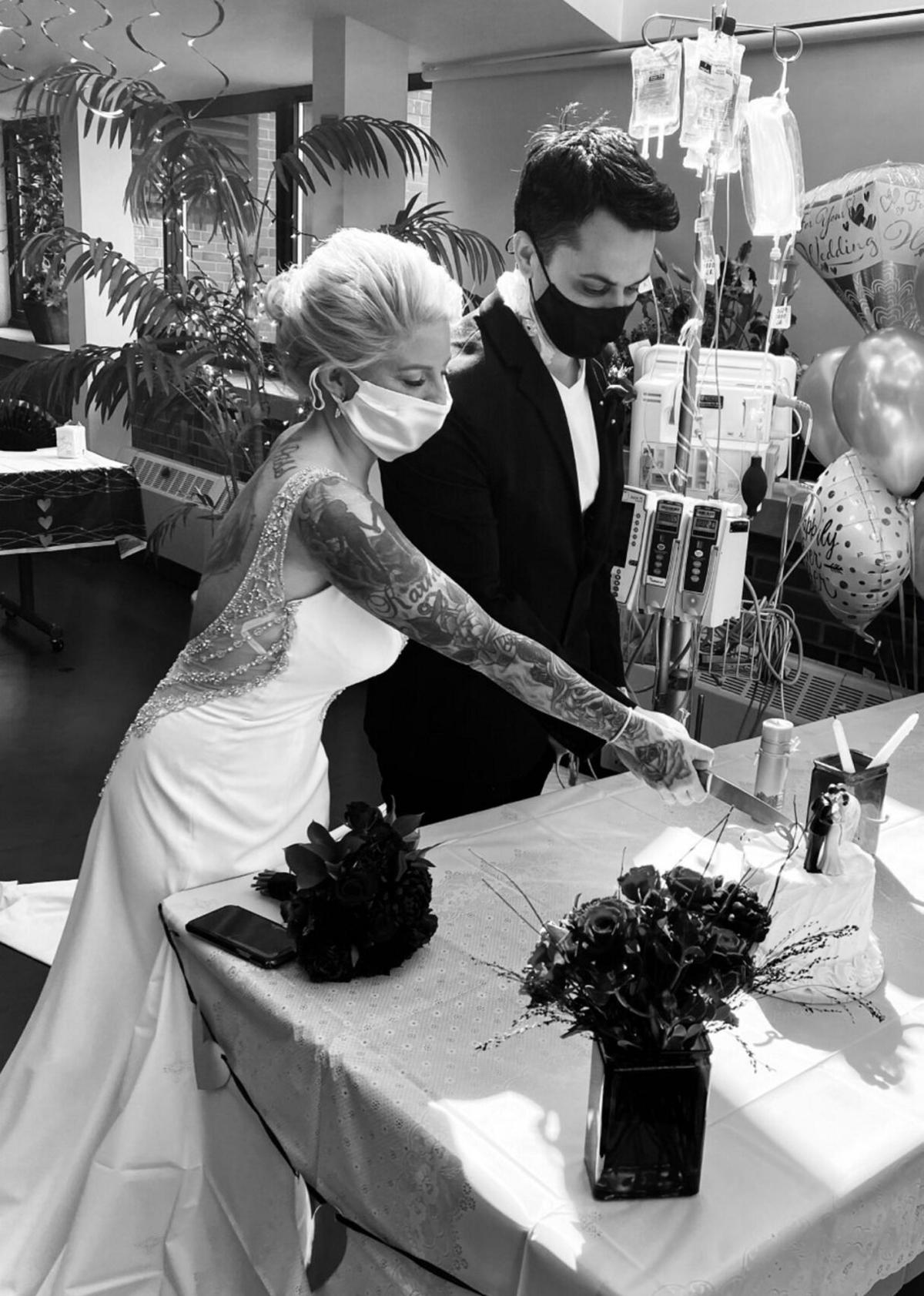 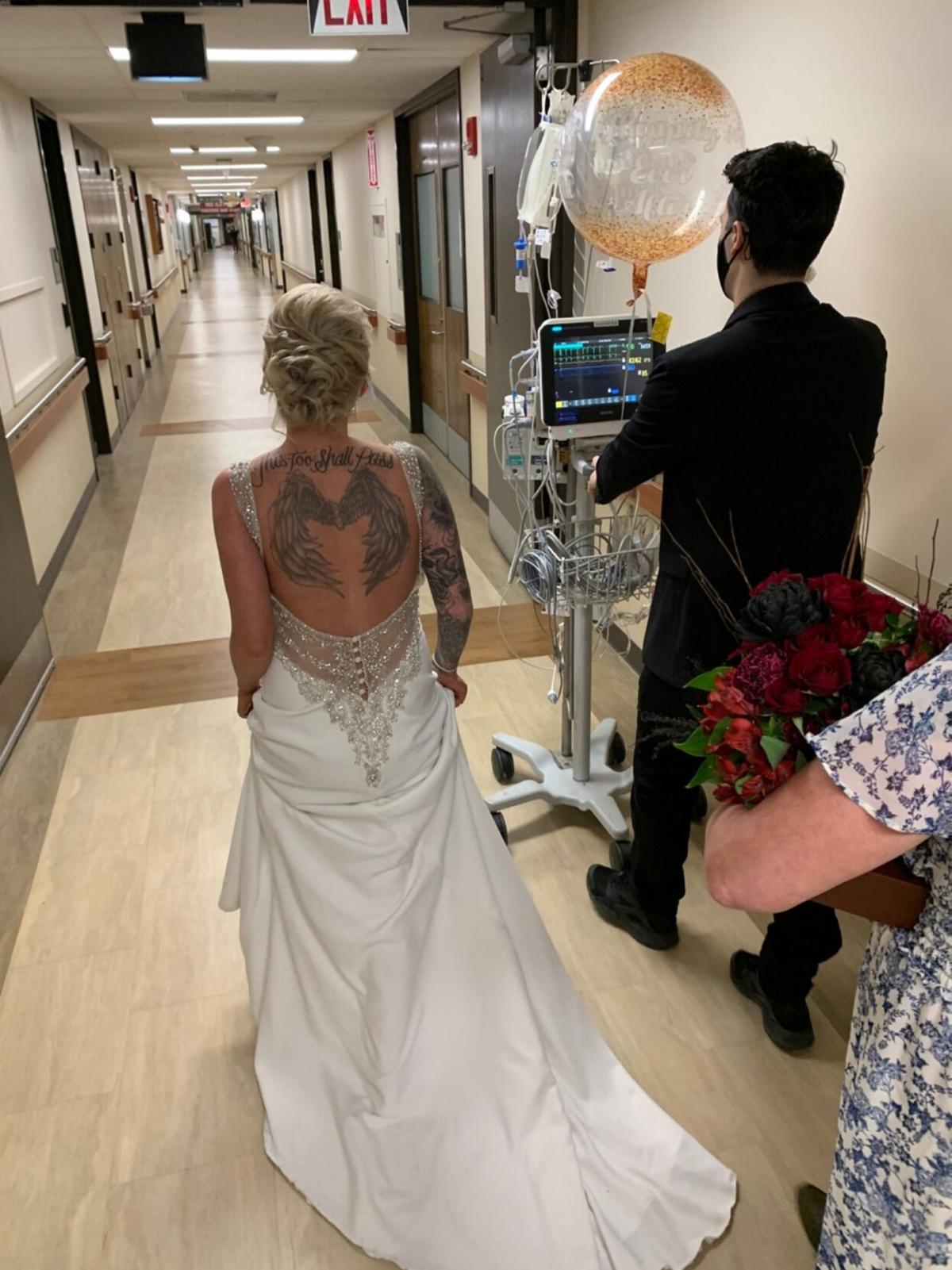 PHOTO COURTESY OF ALICIA SCHMIDTLouie Vacanti and Alicia Schmidt of Holland kiss after they were pronounced man and wife during their wedding Monday..

PHOTO COURTESY OF ALICIA SCHMIDT The newlyweds pose for a picture at Strong Memorial Hospital.

ROCHESTER — When he learned the heart surgery he was scheduled to undergo March 26 was being postponed, Louie Vacanti knew what he needed to do — marry his girlfriend, Alicia Schmidt.

“Last week on Thursday (March 25), they had given us news that they were going to hold off on surgery because his heart was so weak. At that time, that killed our hopes ... He said that in case anything happens to me, I need to marry Alicia. That’s basically how he proposed to me,” Alicia Schmidt recalled Thursday evening.

Louie Vacanti, 34, is in the Intensive Care Unit (ICU) at Strong Memorial Hospital in Rochester. He is in need of a new heart. Louis has two children, Arianna, 16, and Anthony, 10, Alicia’s son and Louie’s stepson, Rhyatt, is 4.

On Monday, Louie’s wish came true and he married Alicia at Strong Memorial.

“He’s only allowed to have two visitors his entire stay. There was a team of six doctors and a nurse. All of the workers were like, “if this is what you want, we will make it happen,” she told The Daily News.

There were arrangements to be made quickly. The wedding rings were mailed overnight from New York City to Buffalo and Louie’s friends brought them from Buffalo to Strong Memorial.

“I had to go get my marriage license. Within a day, my husband had a ring made for me in New York City,” Alicia said. “He had it overnighted. His friends drove it all the way to Rochester to give it to me. They (FedEx) overnighted his ring and my ring. That’s when he got on one knee and proposed ...”

Alicia said the hospital staff at Strong was amazing and helped to make the wedding possible. The best man, Anthony Fanara, and maid of honor, Alicia’s mother, Lisa Schmidt, were there, as were six hospital staff. The hospital also made arrangements with Stella’s Bridal Boutique in Le Roy to help Alicia find a wedding dress.

“The hospital had contacted a bridal boutique in the area just to ask if I could come in, maybe, to take a look. The owner of the bridal shop actually donated me a wedding dress to keep. This was the next day (March 26) I was able to pick a wedding dress,” she recalled.

“The hospital bought me my bouquet. They also had floral centerpieces made for me. They had personalized champagne flutes made for us,” Alicia said. “They had a wedding cake for us, balloons, They set up the priest to come in. They made it feel as much like a real wedding as they could. They were amazing. The nurses taped the proposal and the wedding for us.

“It was pretty quick. It was just traditional vows. They also helped him get ready. I brought him an outfit to wear. They helped him get in his outfit. They also shaved his face for him so he looked nice,” she remembered.

Among the friends Alicia said she wanted to thank were Lisa Schmidt and Anthony Fanara for being maid of honor and best man; Chelsea Tresley for taking her wedding shopping; another friend, Kelsey Lund, for doing her hair and eyelashes; and Lauren Fina and Mario Vacanti, who brought the wedding rings from Buffalo to Rochester. Lauren Fina and Mario Vacanti, Louie’s brother, also spent an entire night coming to the newlyweds’ home in Holland, N.Y. to and remodel a space in the basement for when Louie to use when he comes home,

Her husband will be at Strong Memorial for awhile, though, Alicia Schmidt said. On Wednesday morning, he had surgery.

“He had a an LVAD (left ventricle assist device) procedure and that’s the left ventricle,” she said. “Before all of this, he had two pacemakers. Those both failed.”

An LVAD is a battery-operated, mechanical pump, which helps the left ventricle pump blood to the rest of the body.

Doctors needed to do emergency surgery later that night and into Thursday morning.

“I got a call at midnight last night (Wednesday) saying they had to do an RVAD (right ventricle assist device), which is something we were actually praying against because if his heart cannot work without the RVAD, he will have to stay in the hospital until he has a transplant and he’s not even on the transplant list,” Alicia said.

Doctors will now wean Louie off the RVAD to see how strong the right side of his heart is. Alicia said her husband will definitely need a heart transplant and that the LVAD and RVAD are a bridge to a transplant.

For now, Louie has made a big improvement, Alicia said.

“They took the breathing tube out. He was able to talk and follow commands,” she said. “I go there almost every day, besides when his mom wants to go. I would say I’m there at least five times a week.

“I would say a lot of people are saying that I’m his angel. Oddly enough, I have angel wings tattooed on my back,” Alicia said. “My dad passed away two years ago because of a heart condition. I met Louie about six months after that. I have always said that my dad sent Louie to me and that I am his angel.”

Alicia had one request for the community.

“I would just ask for prayers that he’s able to wean off of the RVAD and for his right heart to strengthen,” she said.

A GoFundMe site, created March 24 by Alicia Schreiner and Louie’s cousin, Ashlee Amoia, had raised $27,365 as of Friday evening. The goal was to raise $25,000. The site is titled, “Giving for Gooch : Louie Needs a Heart Transplant.”

Amoia wrote on the GoFundMe page, “Hi everyone, we just wanted to graciously thank everyone that donated to my cousin. We are speechless and grateful by all of your kindness. It’s amazing to see how many people care and come together in support of Louie and our family, especially in the world we live in today.”