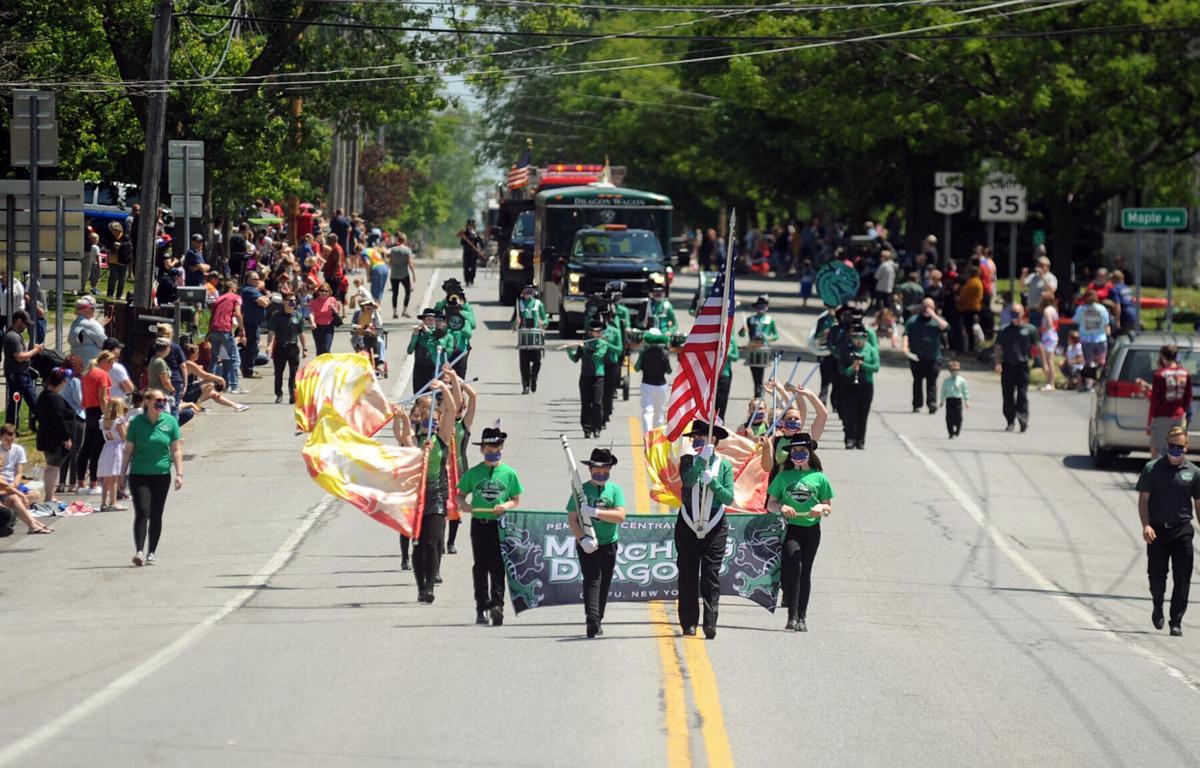 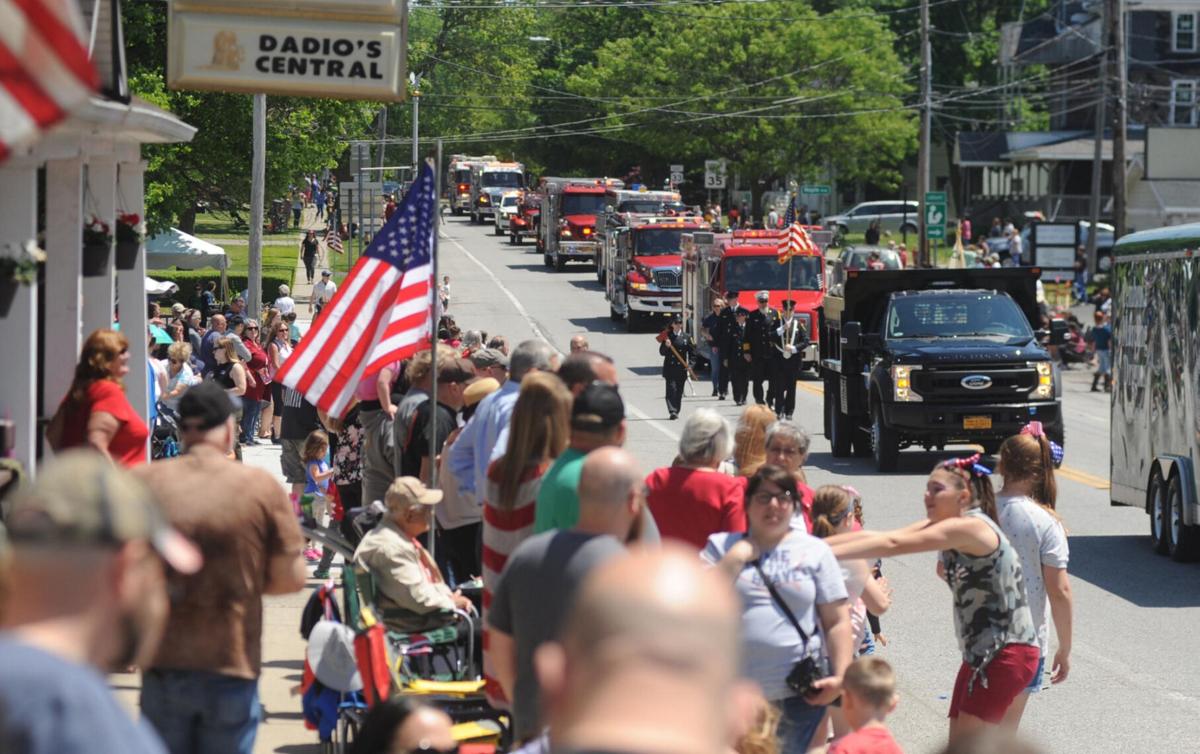 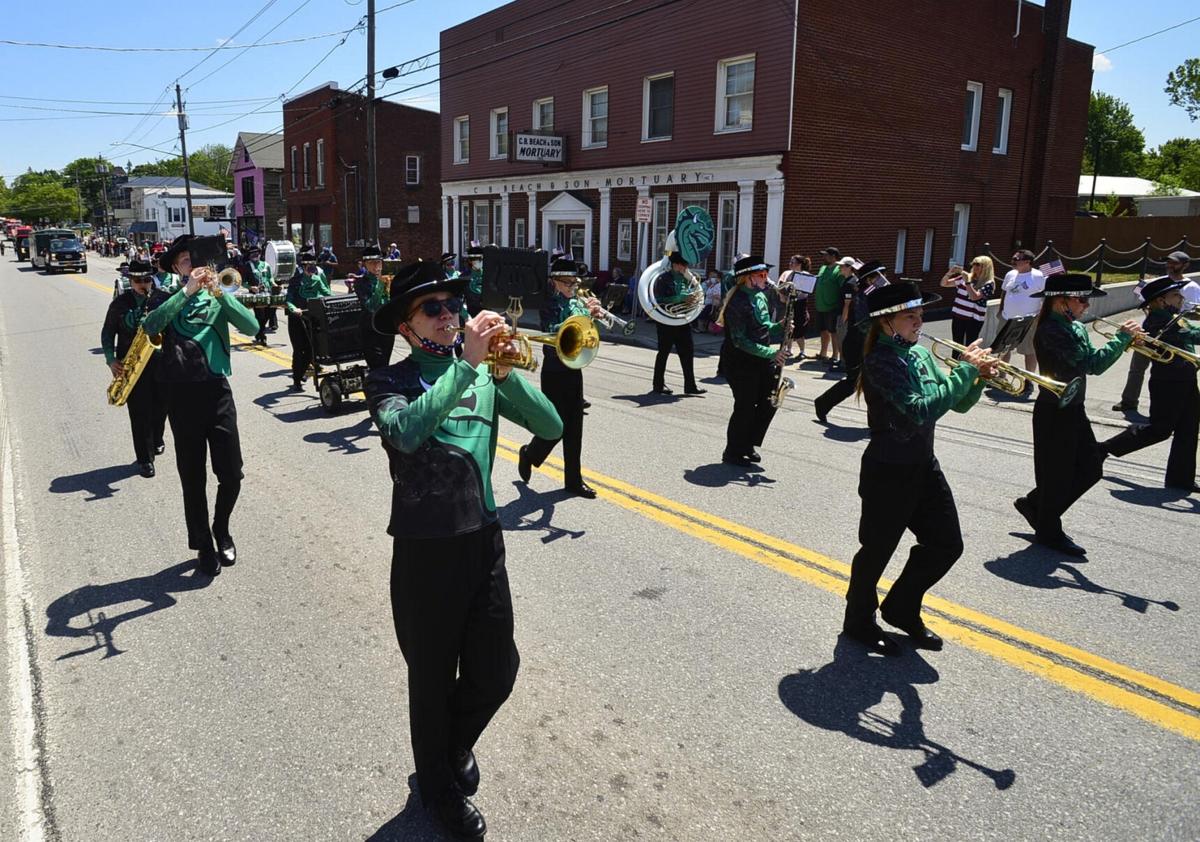 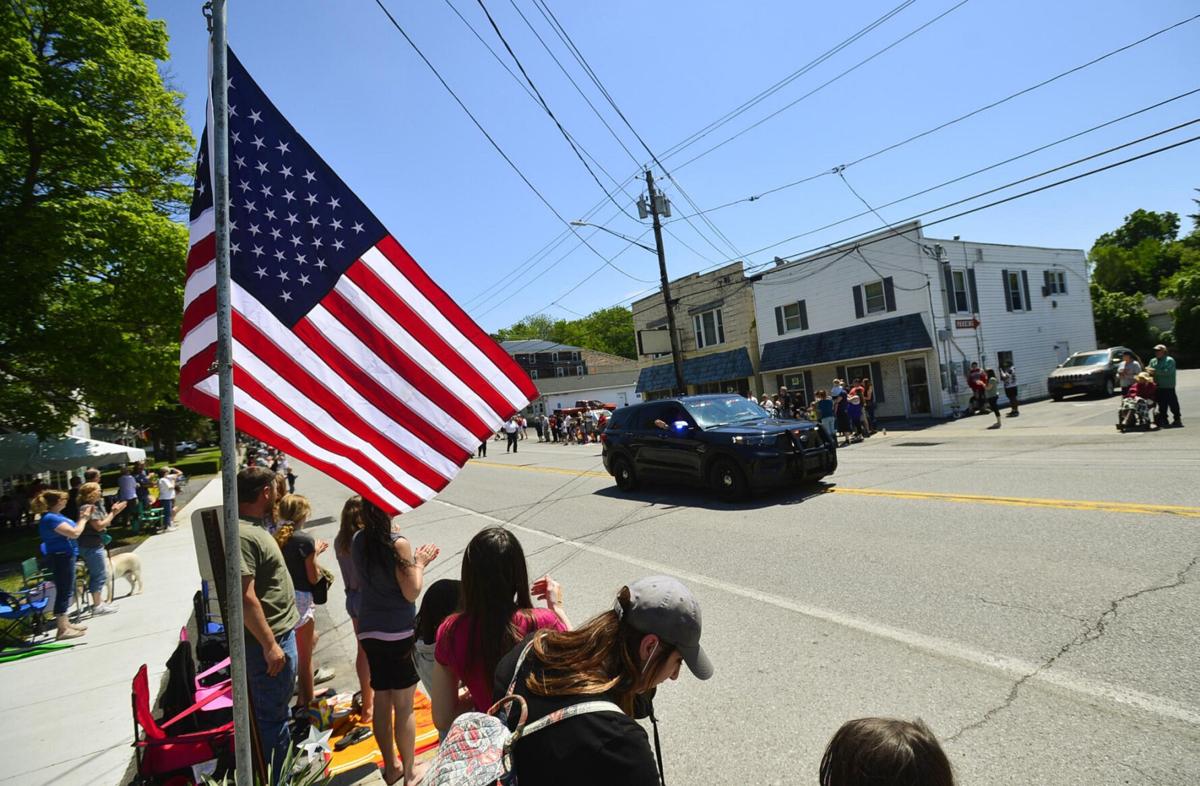 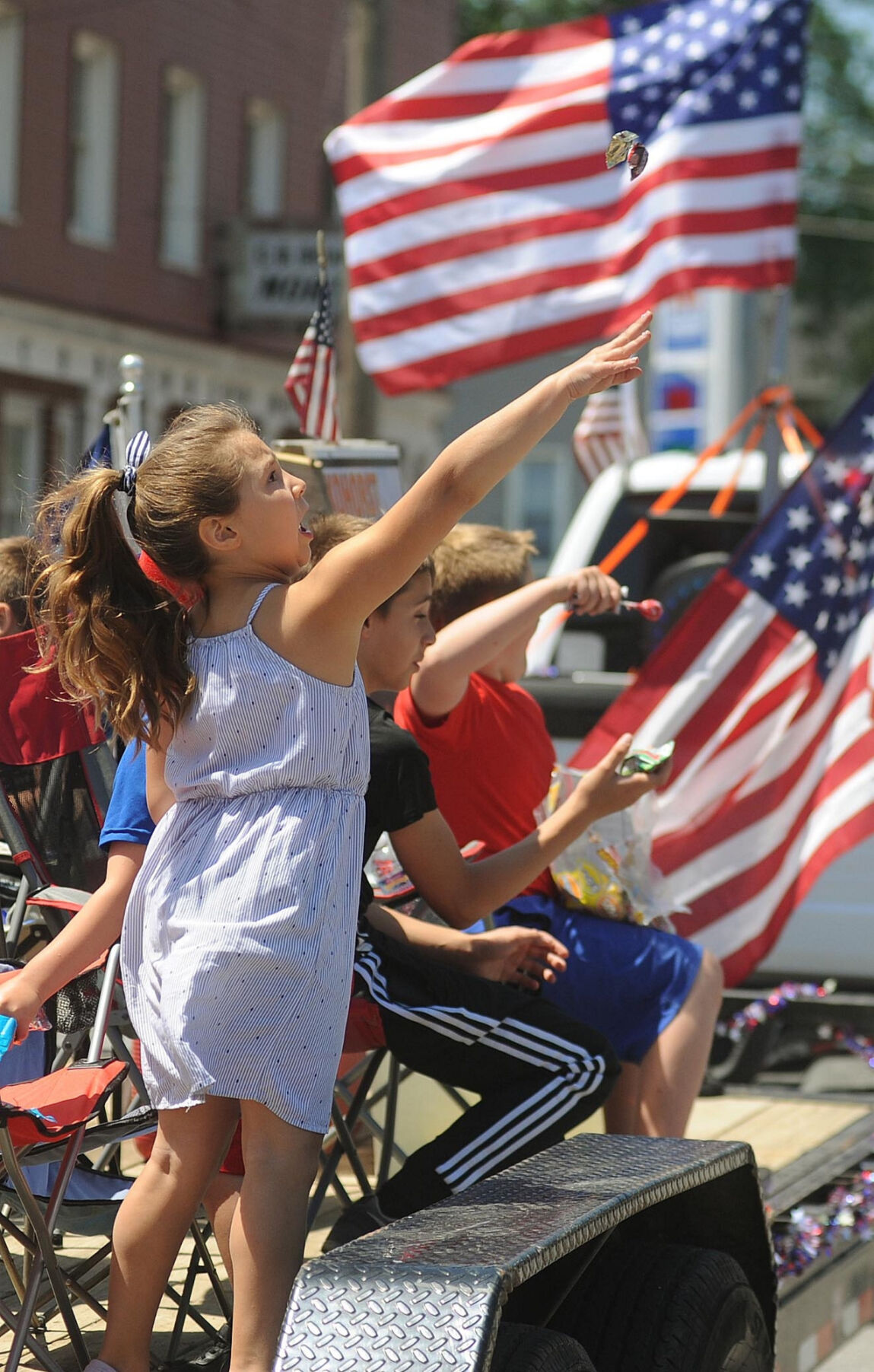 Kids toss candy from a float during the Corfu Memorial Day parade. 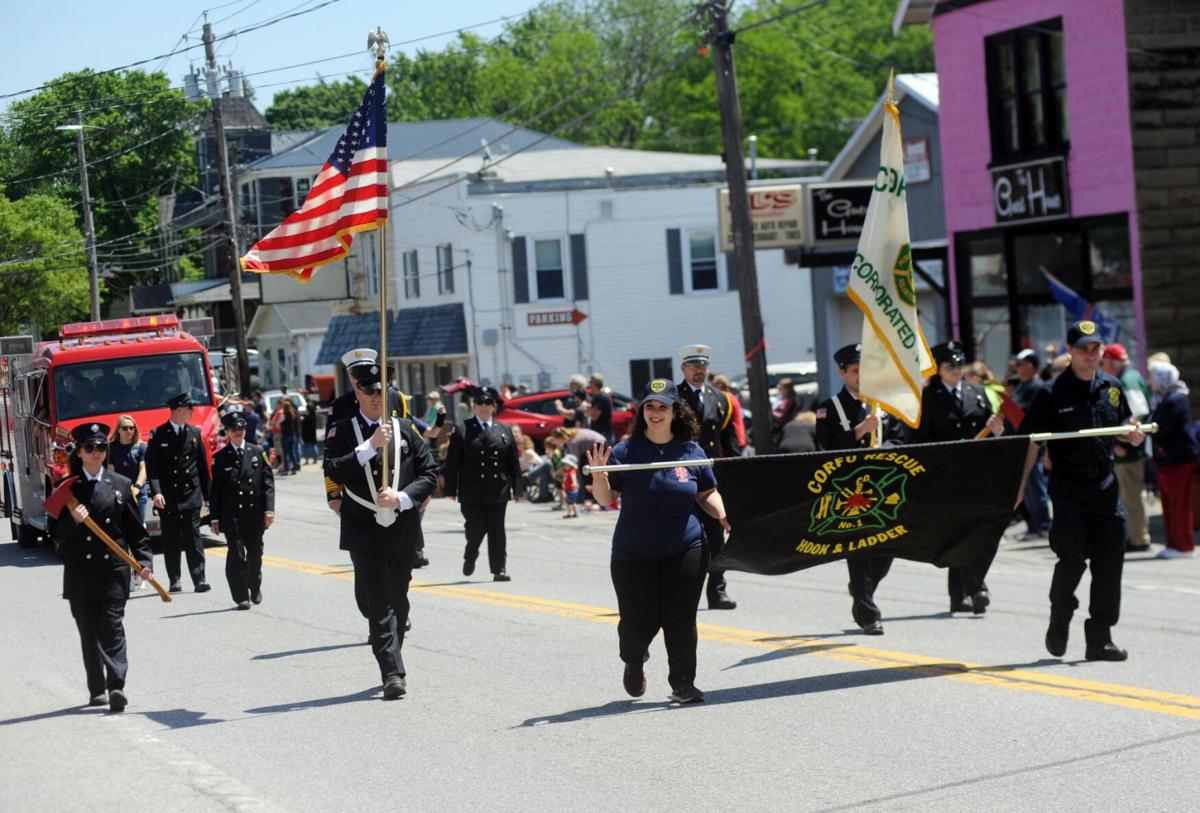 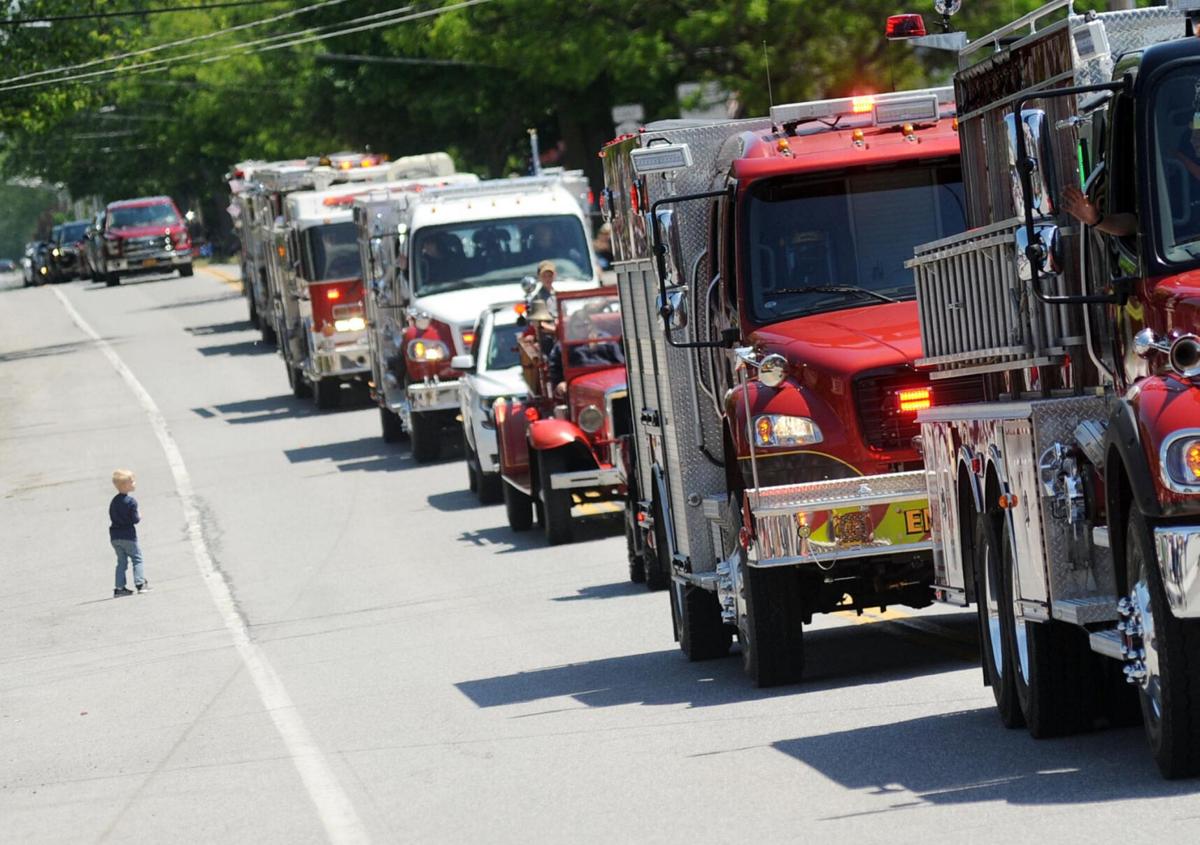 A curious young onlooker comes out close to see the fire trucks in the Corfu Memorial Day parade.

Kids toss candy from a float during the Corfu Memorial Day parade.

A curious young onlooker comes out close to see the fire trucks in the Corfu Memorial Day parade.

Some people ducked into shops downtown for a quick snack or lunch. People dressed in red, white and blue sit by the curb or at tables, some waving flags.

And to honor those who served and gave their lives.

As the parade passed, people clapped and waved at the marchers. Musicians threw candy to excited children who scrambled to pick it up.

Larissa Miller, of Corfu, has brought her 4-year-old son every year she could. She said she enjoys the dance troupes of the parade and her son enjoyed the bright lights.

Miller said Memorial Day is an important day to honor vets, and it’s a feeling of freedom and family.

Sitting with her two dogs wearing patriotic hats in the shade, Elizabeth Lauer, 14, of Corfu said she’s been coming to the parade all her life. She enjoys seeing people out and about and having fun. As for why Memorial Day is important, Lauer said it’s so people don’t forget those who fought for the U.S.