You have permission to edit this article.
Edit
Home
COVID-19: Back open for business
News
Sports
Obituaries
Opinion
Arts & Life
Calendar
Photo and Video
Ads
More
Share This
1 of 7 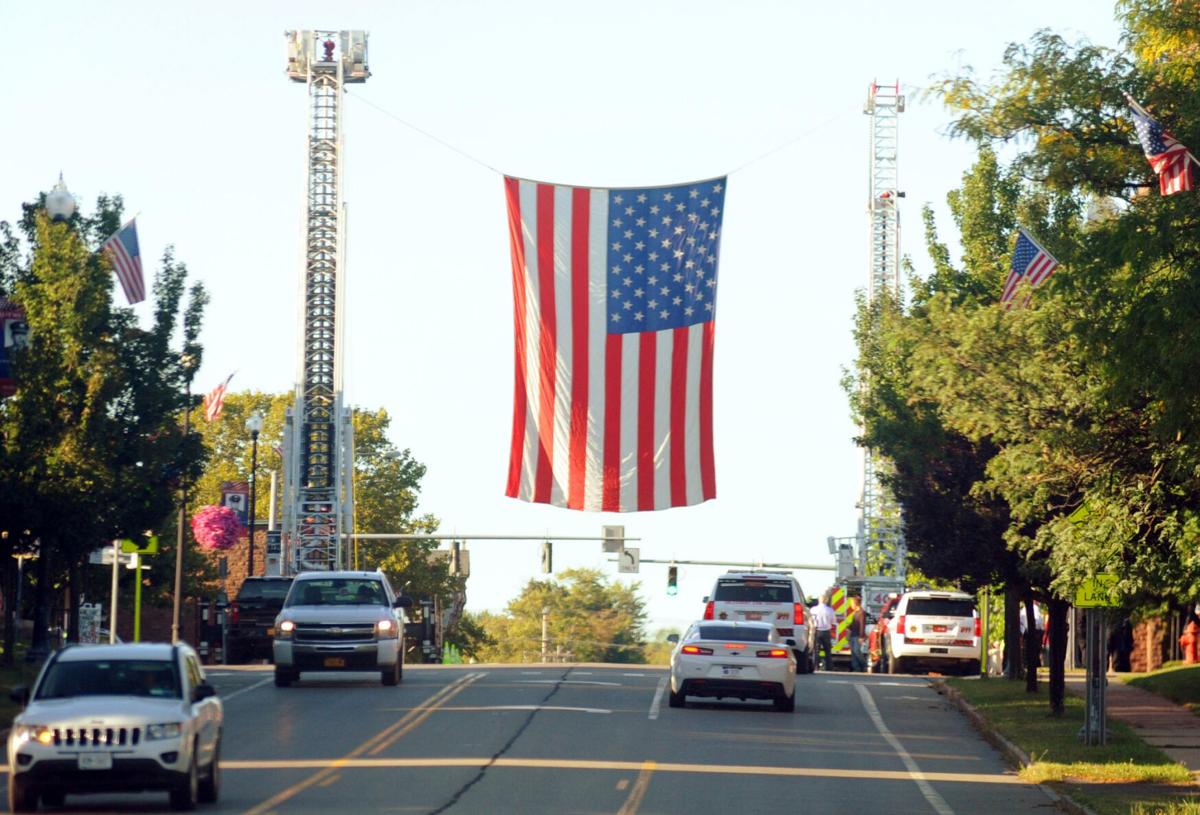 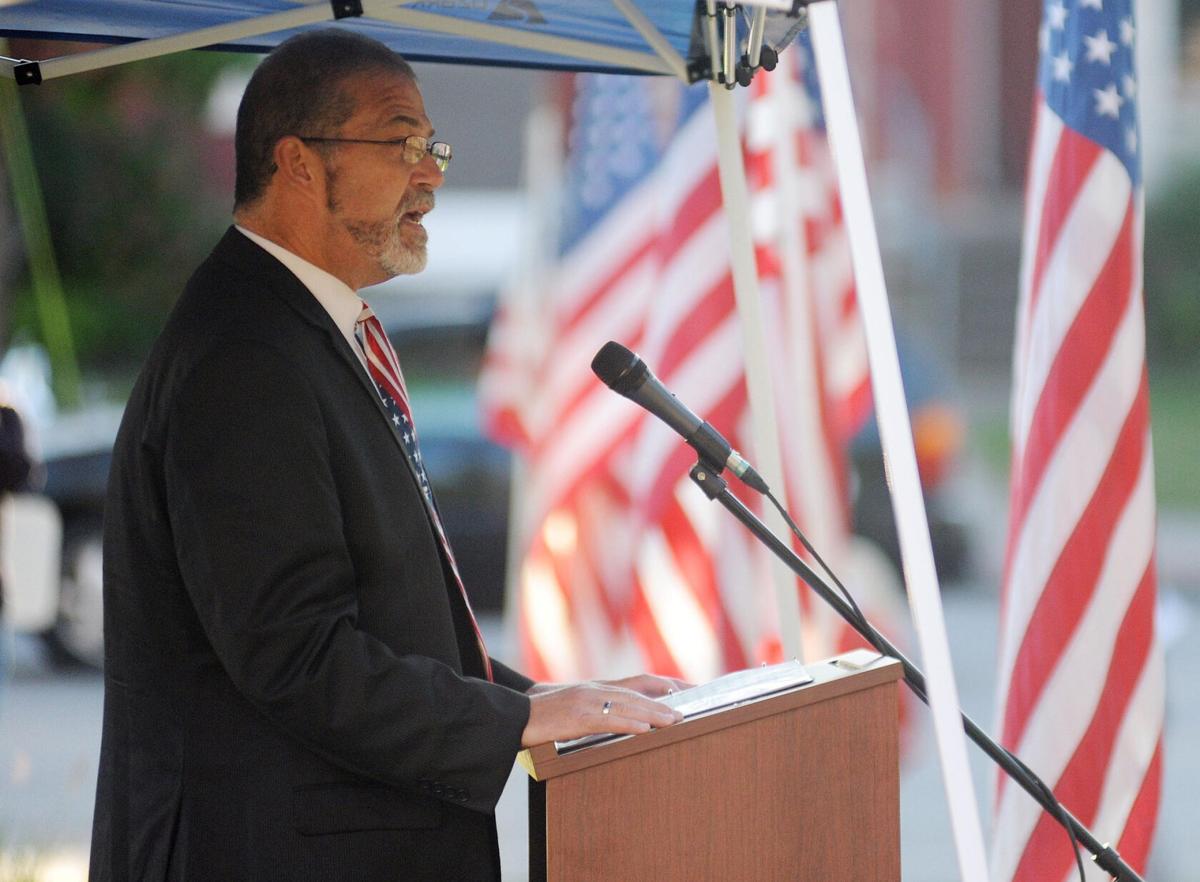 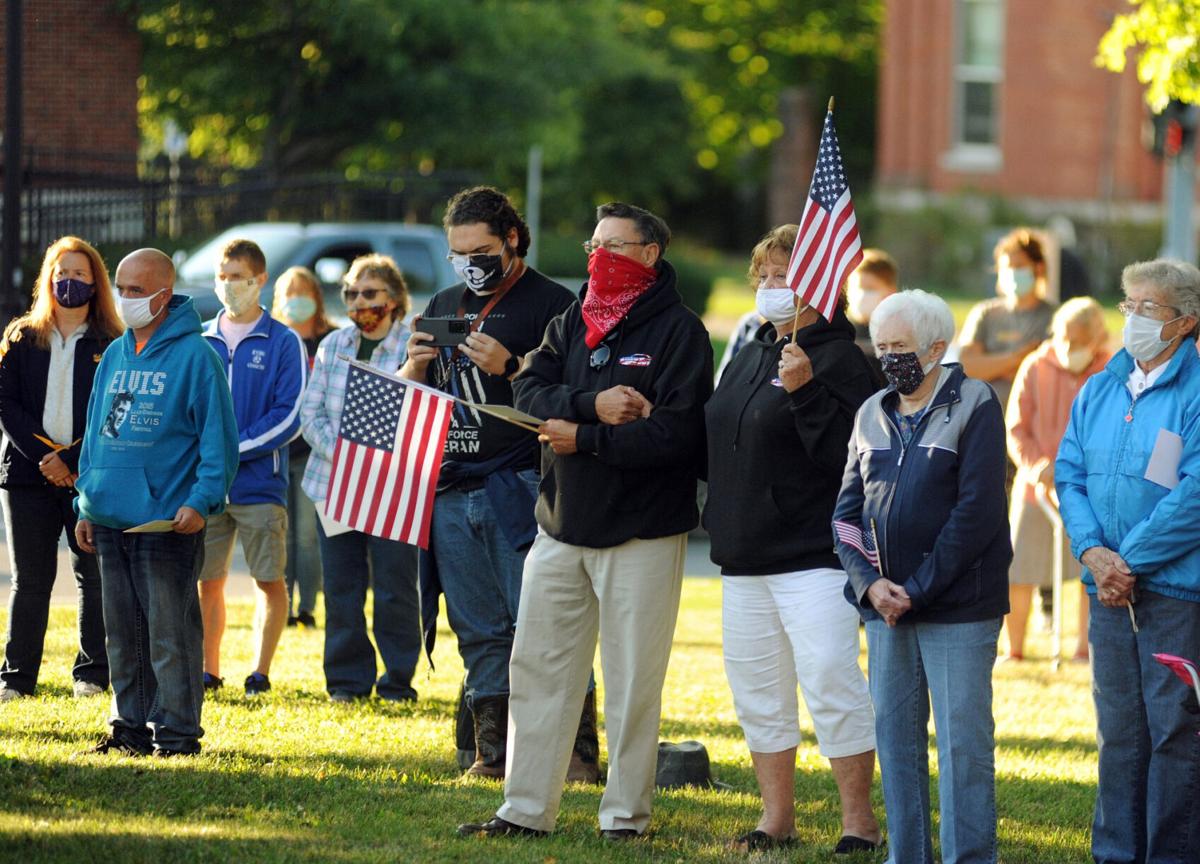 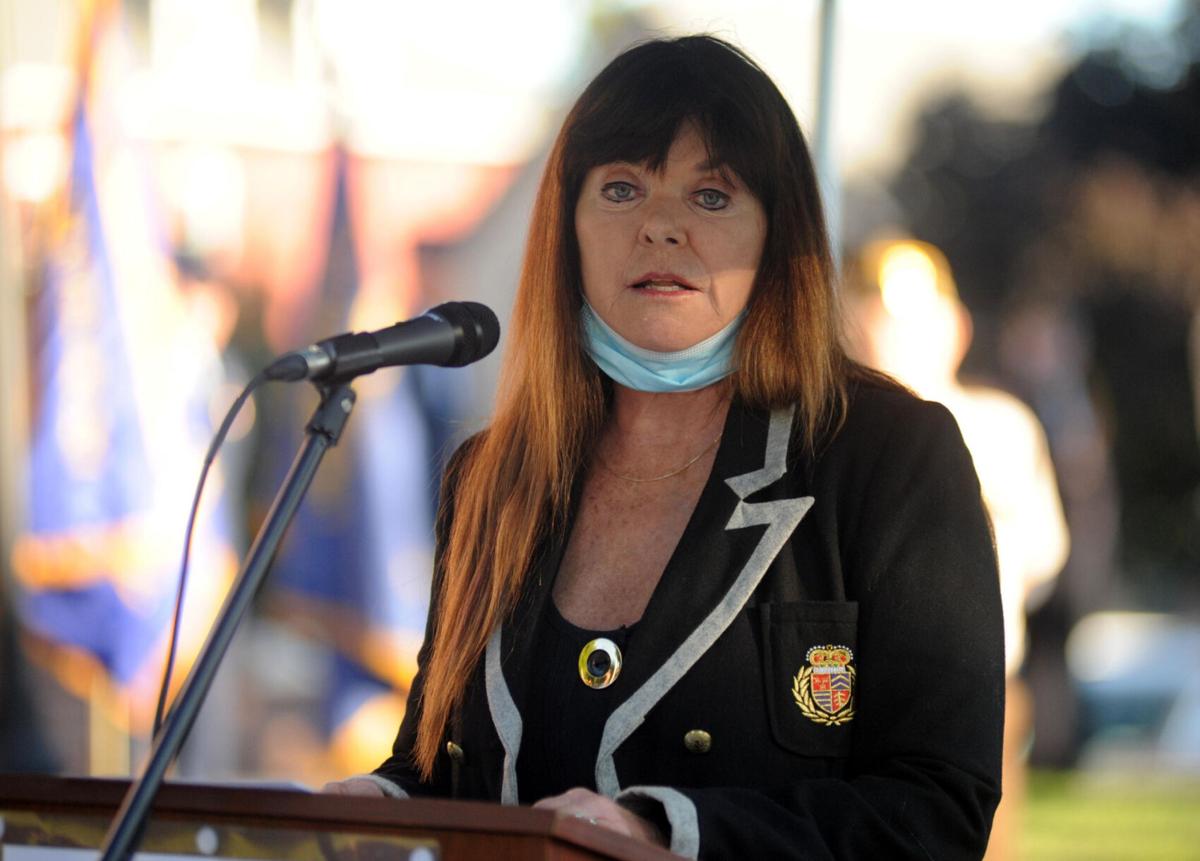 Lynne Johnson welcomes those who turned out for the National Day of Remembrance Memorial Ceremony in Albion. 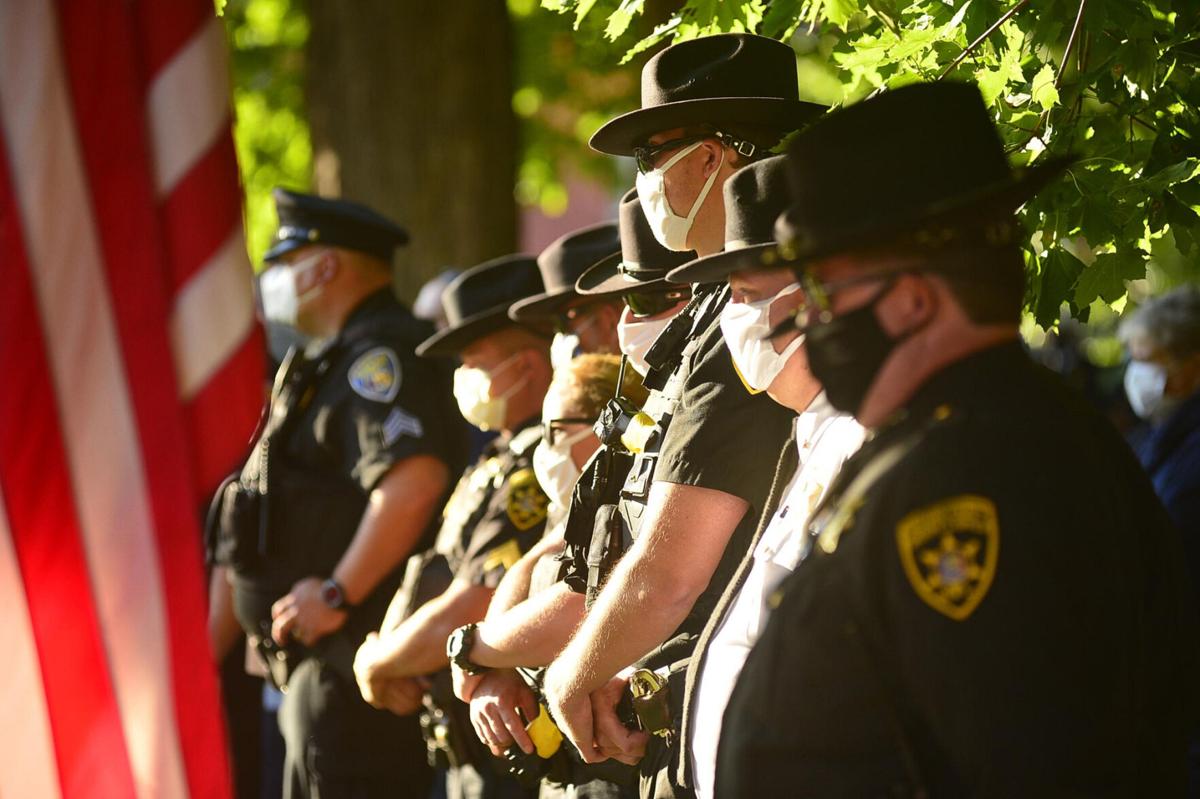 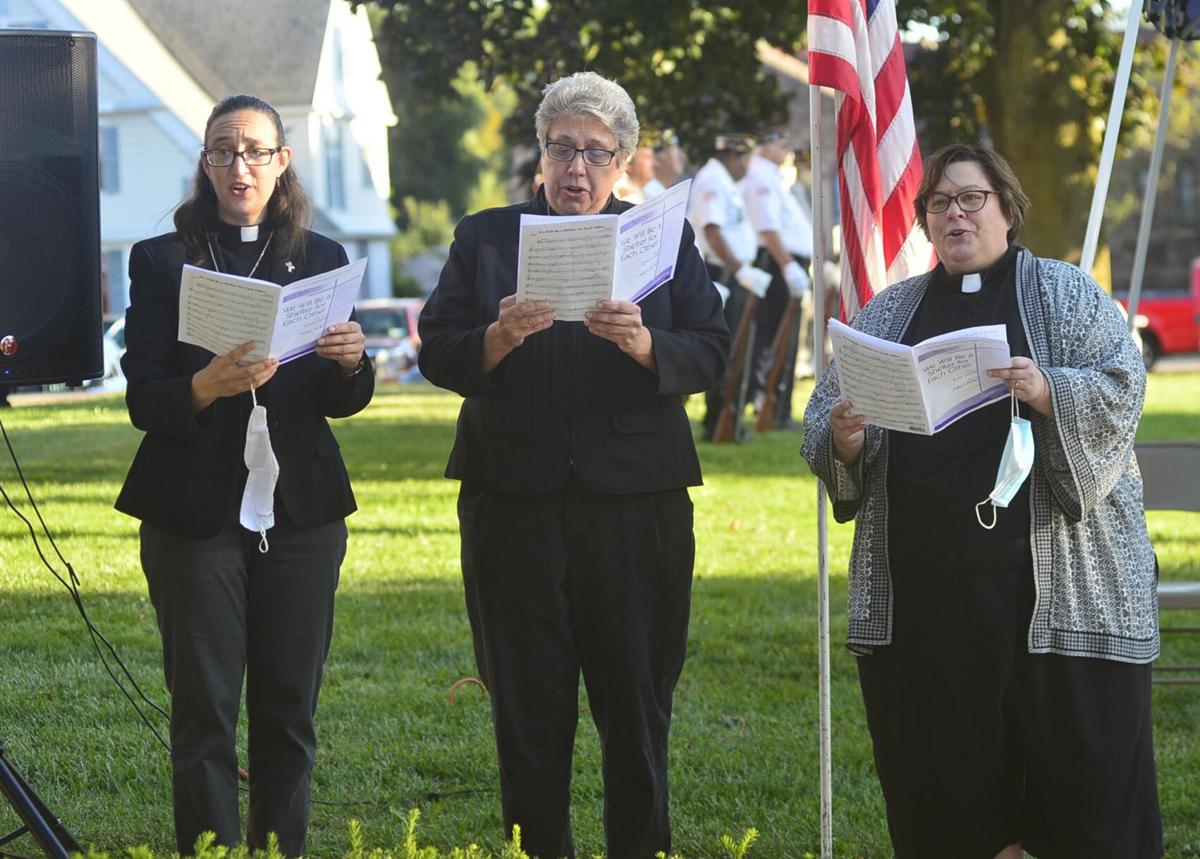 Mark Gutman/Daily News“We Will Be a Shelter for Each Other” was performed by the Rev. Aleka Schmidt, Rev. Susan Boring and Rev. Susan Thaine at Friday’s ceremony. 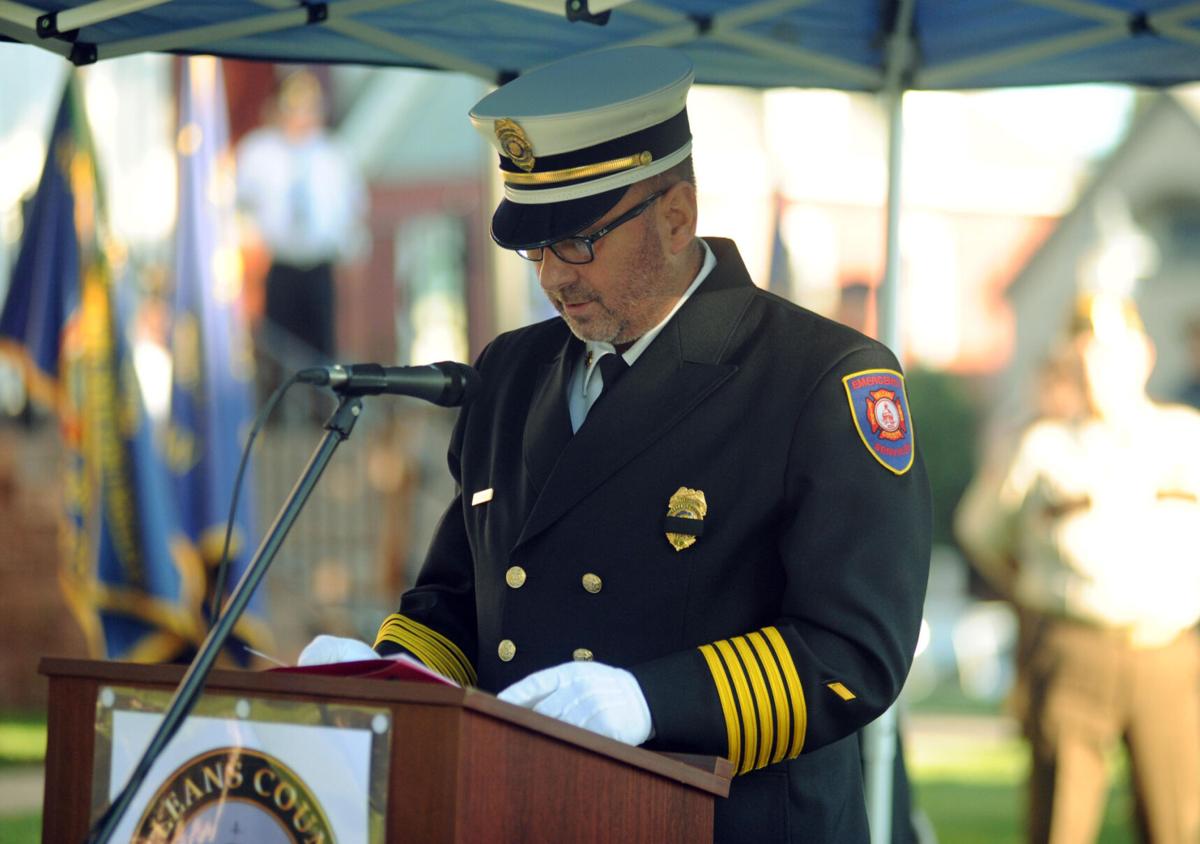 Lynne Johnson welcomes those who turned out for the National Day of Remembrance Memorial Ceremony in Albion.

Mark Gutman/Daily News“We Will Be a Shelter for Each Other” was performed by the Rev. Aleka Schmidt, Rev. Susan Boring and Rev. Susan Thaine at Friday’s ceremony.

Standing in front of the courthouse in Albion on Friday evening, flags lined the sidewalks and first responder vehicles were posted out front, with an American flag draped between two fire trucks. About 50 Orleans County residents came out to remember the nearly 3,000 who were lost that day and continue to die even now due to 9/11-related illnesses.

“Each of us in our own way remembers the hours after Sept. 11, 2001, when America came together like never before,” said Chairwoman Lynne Johnson of the Orleans County Legislature. “Neighborhoods from shore to shore flew Old Glory. House after house, street after street.

“There will be no forgetting Sept. 11,” she continued. “It is burned into our souls. Those graphic pictures, the smoldering ash and the endless funerals.”

Johnson reminded people to honor the value of all lives; they mattered on Sept. 11, and all lives matter so much today. Director Dale Banker of Orleans County Emergency Management, said those who watched the events unfurl on TV will never forget the feeling of horror as the towers fell to the earth.

“For me, this ceremony is more than just a ritual. This ceremony is a personal reminder of the events of that day,” he said, his voice wavering with emotion. “In the recovery efforts following the collapse of the towers, I’ll never forget the seemingly endless sound of an air horn blast which signified a body or part of a body had been found by a recovery worker on the pile.”

Thus the commemoration continued, as area residents and officials remembered the tragedy, horror, bravery and resilience of a sunny day 19 years before.

OAKFIELD — He was walking the streets of the village, not for any attention or recognition it brought him, but to show support for the firefig…