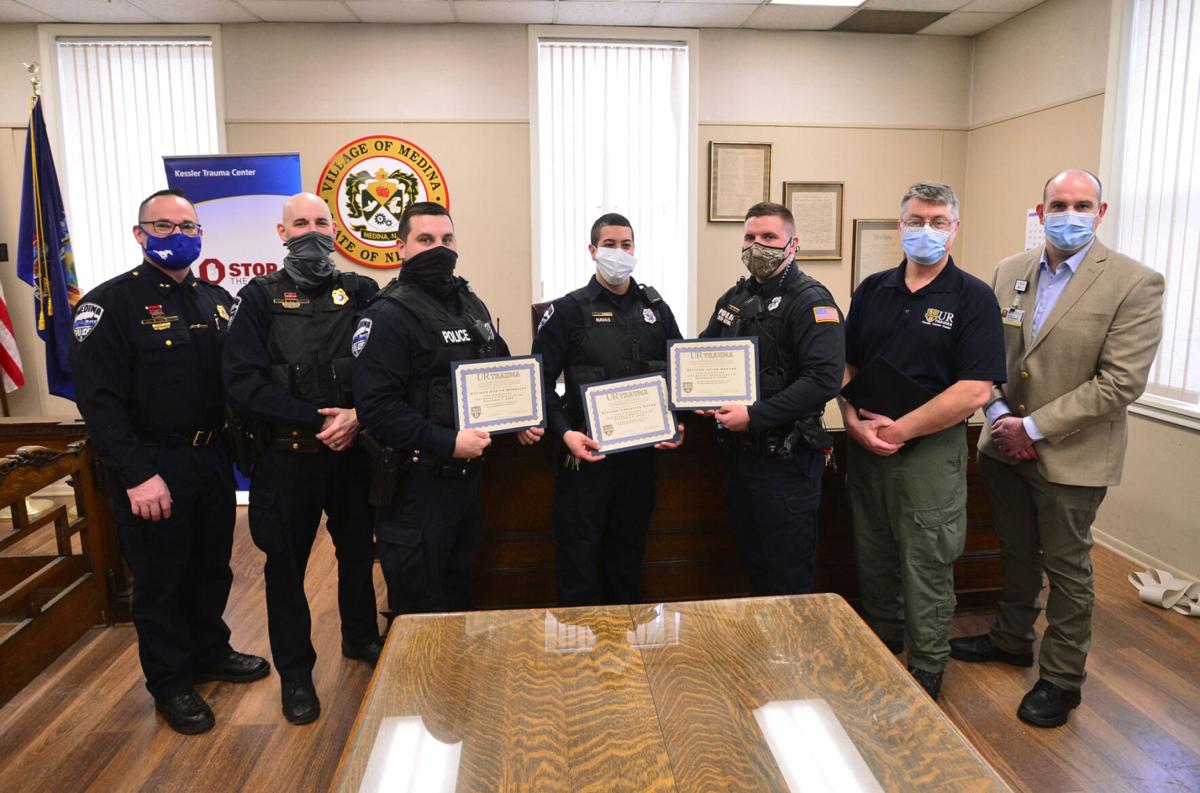 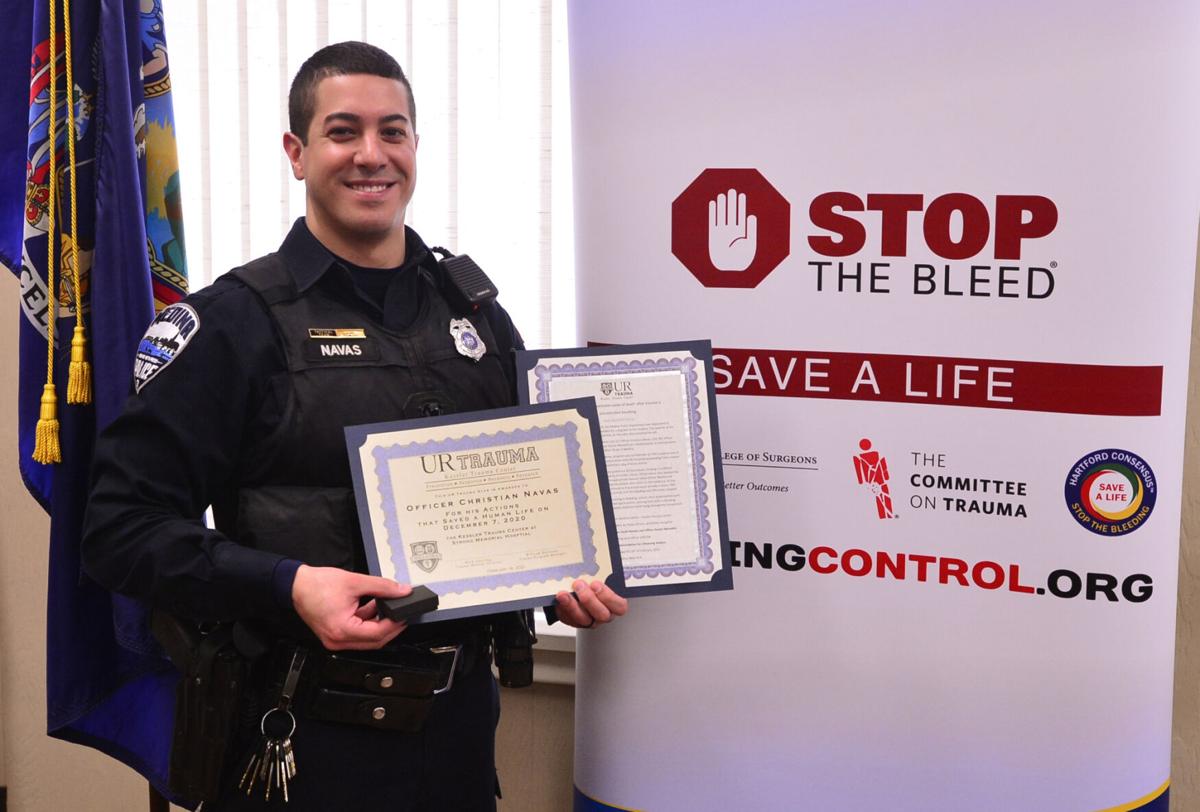 Mark Gutman/Daily NewsMedina Police Officer Christian Navas stands with his UR Trauma Star Award for his actions that saved a life on December 7, 2020. 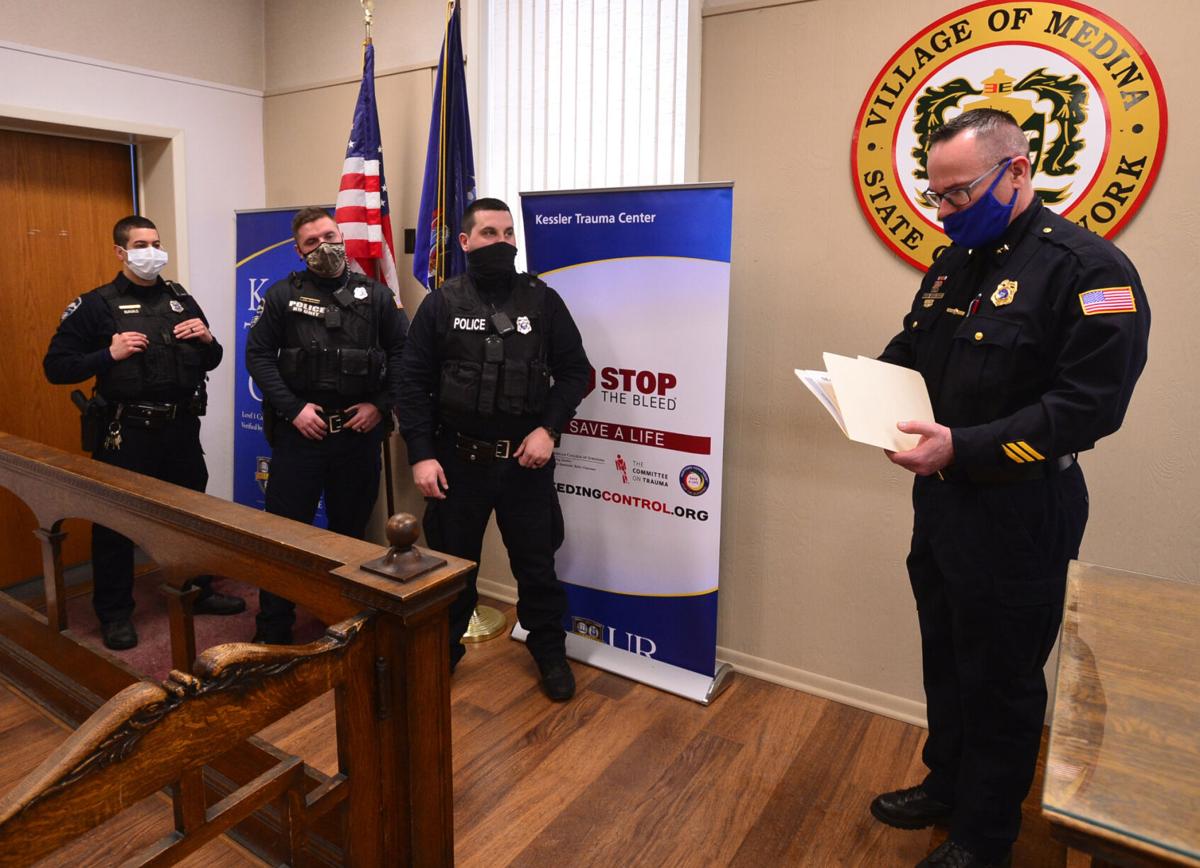 Mark Gutman/Daily NewsMedina Police Officer Christian Navas stands with his UR Trauma Star Award for his actions that saved a life on December 7, 2020.

MEDINA — A group of village police officers and firefighters were honored Tuesday for their actions that saved a person who was severely injured in a dog attack in December.

Medina officers Christian Navas, Jacob Reeves and Dustin Meredith, along with firefighters/EMS Lt. Steve Cooley and Tyler Harrington were honored for their “immediate actions” that “prevented a bad situation from being significantly worse ... and life-saving.”

Village police received a call at 4:41 p.m. Dec. 7 for a report of a serious dog bite on South Main Street. The caller was disconnected so the extent of the situation wasn’t known.

The three officers contacted the fire department and went to work on the victim.

Navas applied a tourniquet, which controlled the bleeding. Cooley and Harrington arrived and within minutes were able to get the victim ready for transport.

The victim was able to get to University of Rochester Hospital within “The Golden Hour,” allowing the trauma center to continue life-saving measures.

The hospital later contacted the police and fire departments to tell them how their actions saved the woman.

Draper said first responders followed up with the victim and her family and that the victim “could not say enough regarding the care she received that day.”

He said she has a difficult recovery that involved significant treatment and care.

The dog was euthanized.