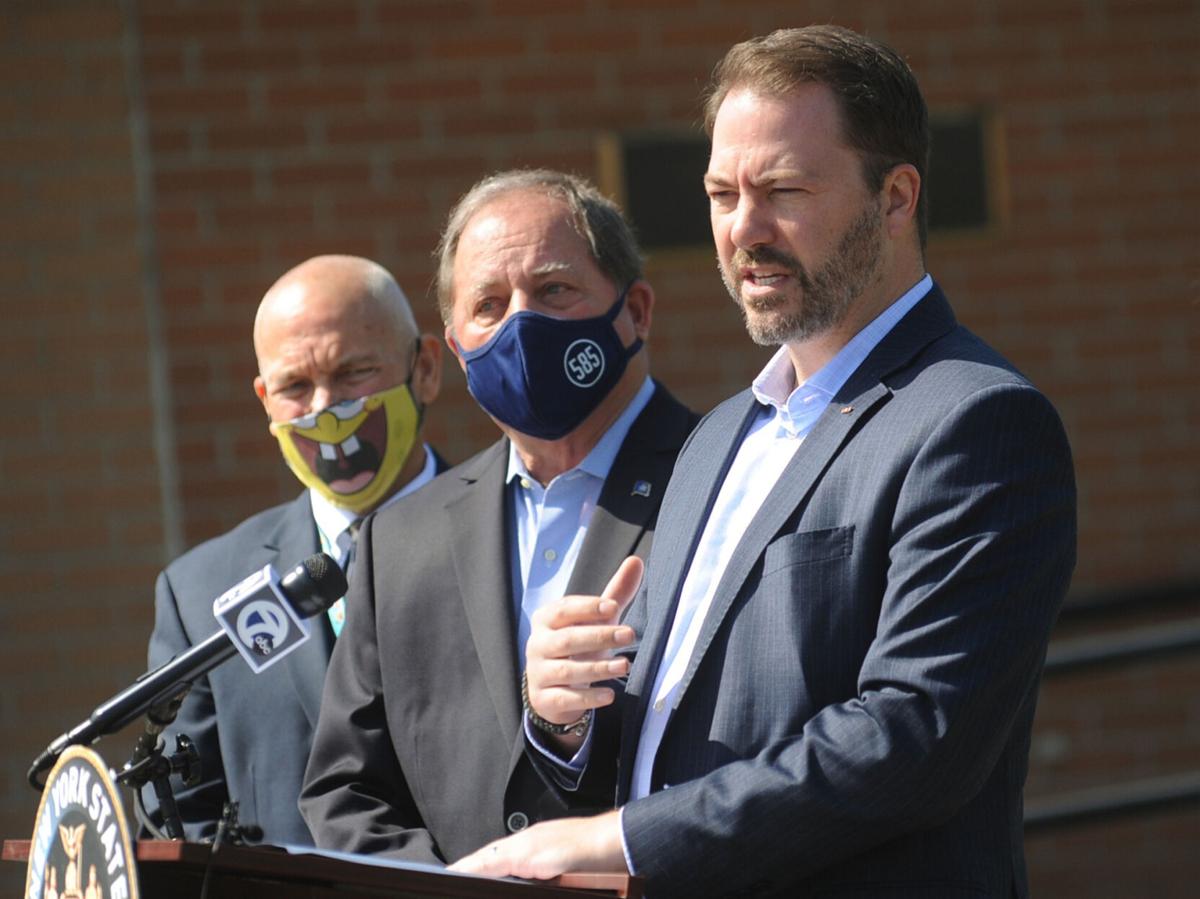 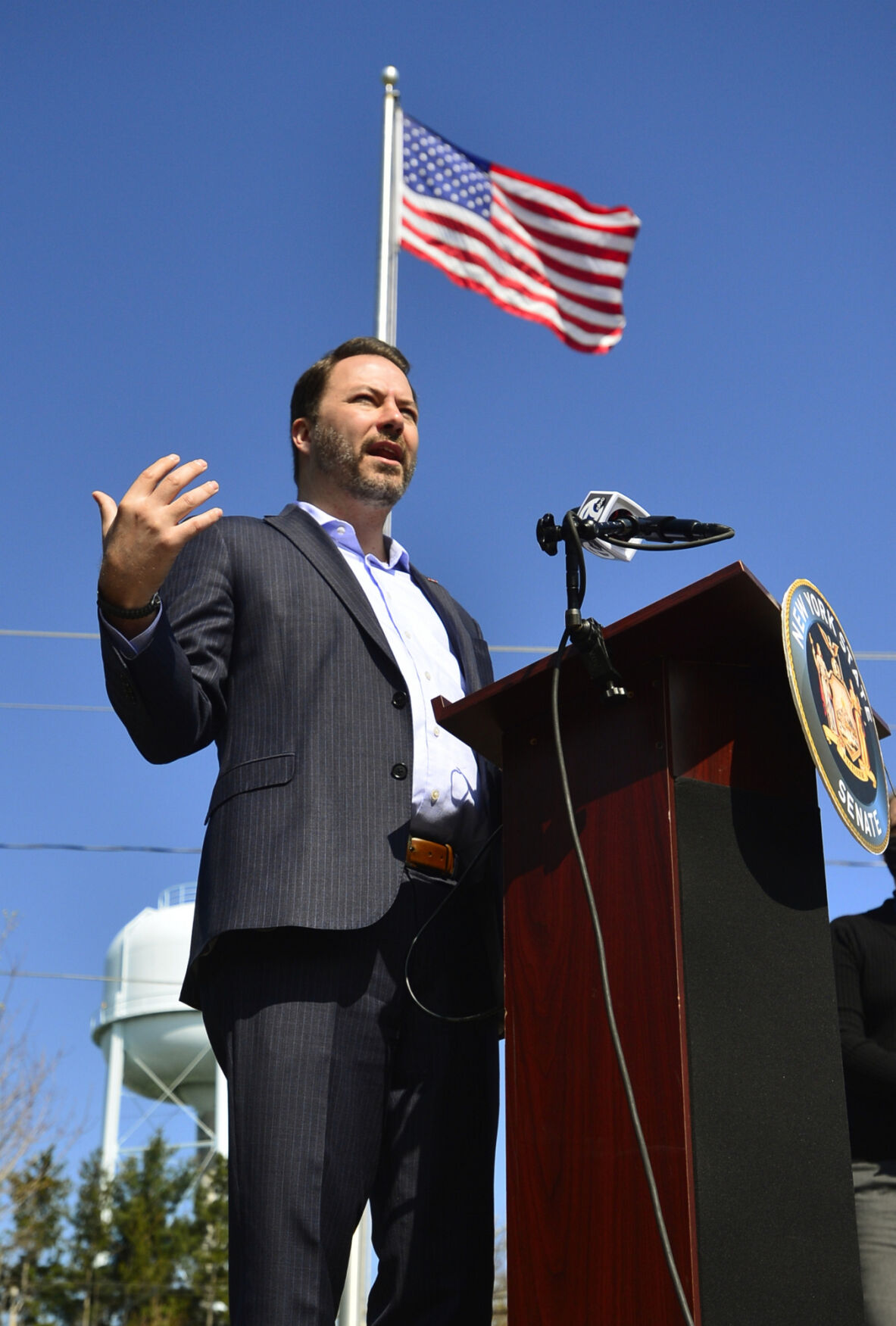 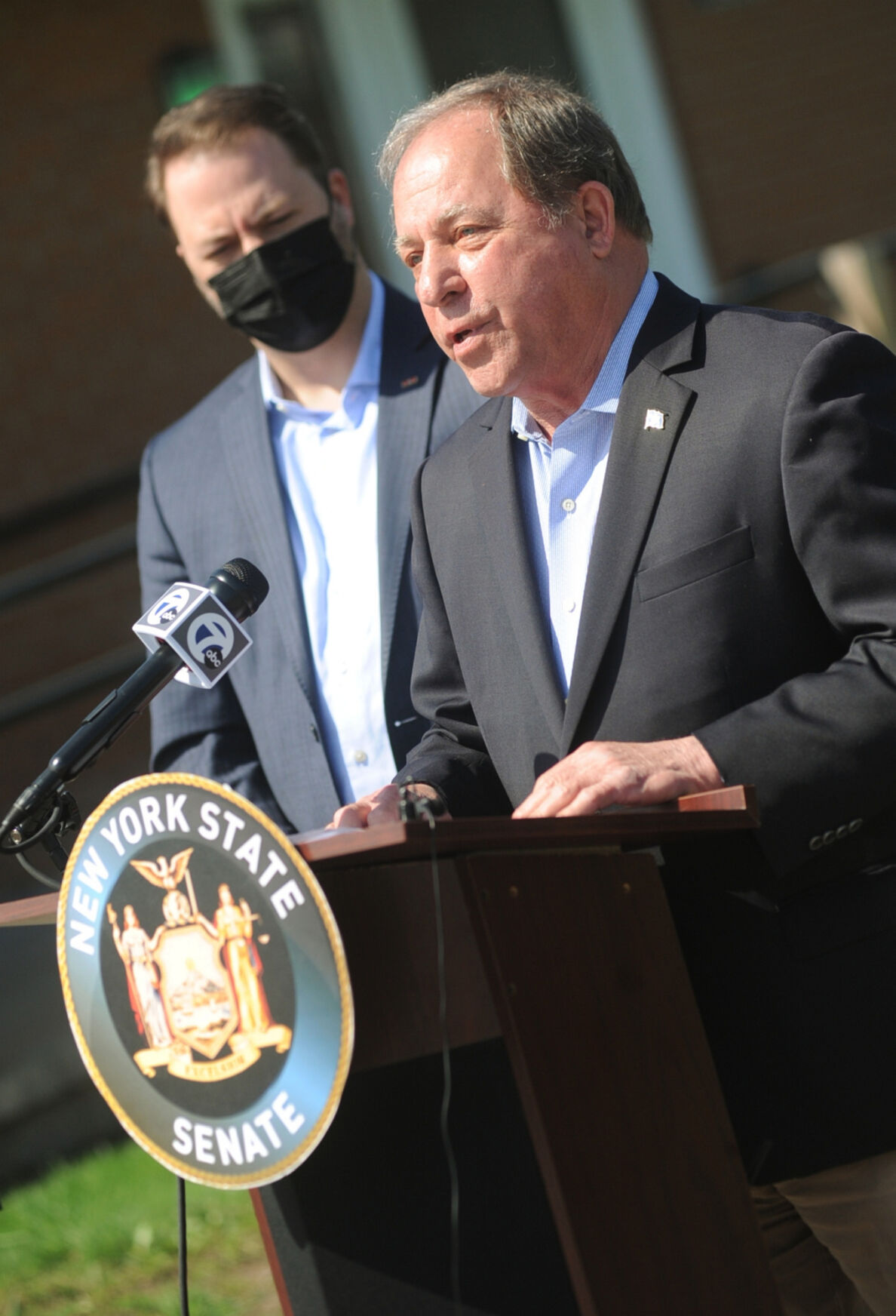 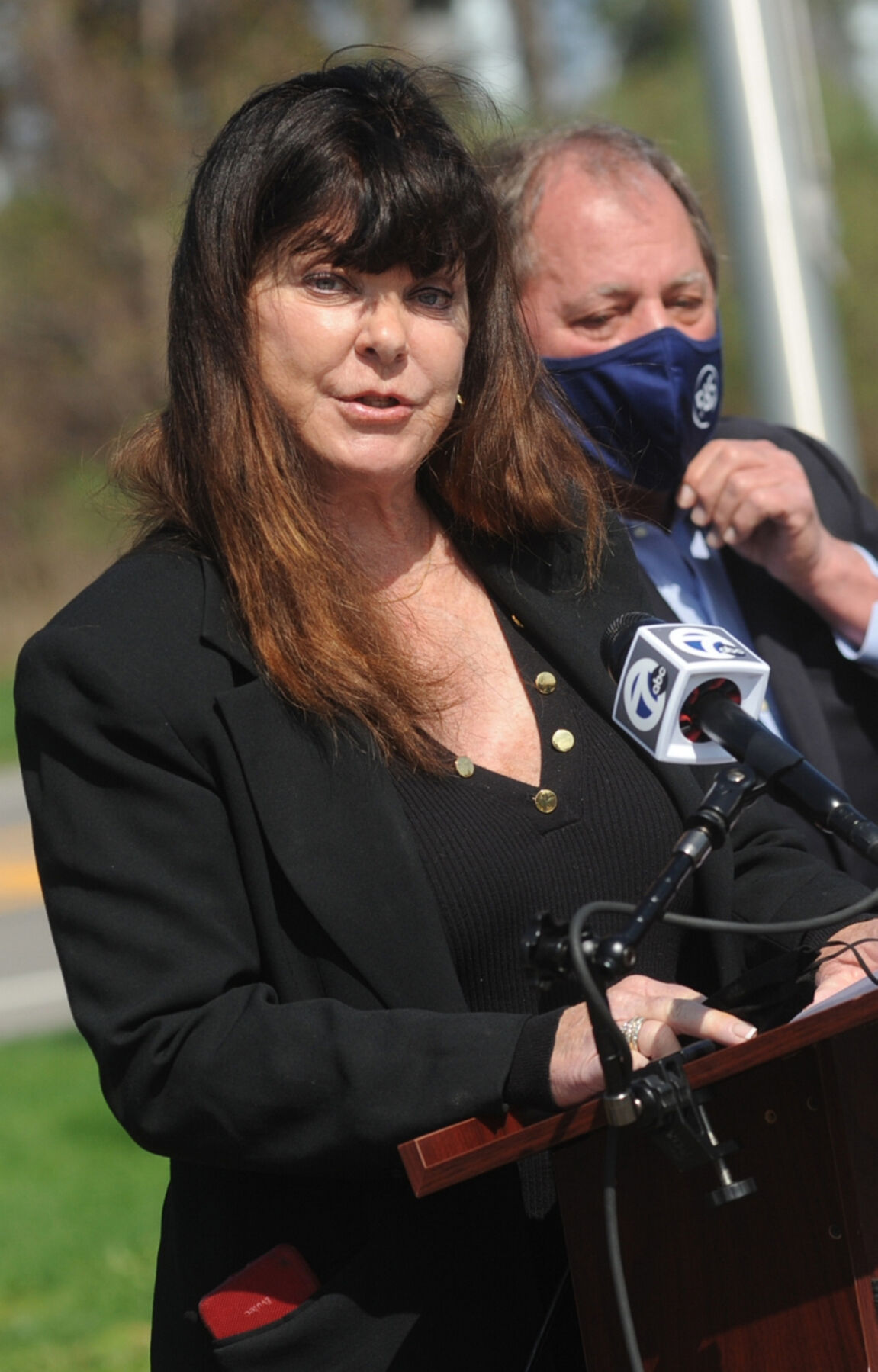 The program fosters mutual support for veterans and their families, through coffee, gatherings and other activities.

“Although there were many things in that budget that I felt — and I know my colleague, Assemblyman Steve Hawley, felt were terrible for our constituents and for the state of New York — like all budgets there were some things in there that were beneficial, and things he and I and my colleague, Lynne Johnson (chairwoman of the Orleans County Legislature) have championed for many years, and that’s what we are going to talk about today,” said state Sen. Rob Ortt, R-Tonawanda, himself a veteran.

For the last two years, when Gov. Andrew Cuomo released his proposed budget, he eliminated the Dwyer program, Ortt said.

The funding was set to include $3.5 million, he said, adding that the Republican caucus protested the cuts, arguing the money should be not only restored, but increased and made permanent.

The Dwyer program was established in honor of a North Carolina veteran, Pfc. Joseph P. Dwyer. After returning home from Iraq, he suffered from post-traumatic stress disorder and a traumatic brain injury.

Dwyer received care from the VA, but had a hard time integrating into civilian life, eventually taking his own life. The New York State Senate started the Dwyer program to assist veterans in a non-clinical setting, putting them and their families together, peer-to-peer, and connecting them with community resources.

Ortt said 22 veterans a day commit suicide in America — and this was before the pandemic.

In this year’s budget, the Dwyer program is $4.5 million — a $1 million increase. Genesee, Orleans and Wyoming counties split and share $185,000 of that money.

A veteran can reach out to get help from the program by calling the Orleans County Veterans Service Agency at (585) 589-3219.

Genesee County Veterans Service Agency Director Bill Joyce said it hasn’t been decided how much of the $185,000 Genesee County will get.

“I called the contact that I had up in Albany and she didn’t know. All they know is it was put in the state budget,” he said.

Joyce said Hawley would be at the Veterans Service Agency in County Building No. 2 at 11 a.m. today for a press conference regarding the Peer to Peer Program funding.

Western New York Heroes, Inc., which offers events for veterans and their families, submits vouchers and is reimbursed with Peer to Peer funding.

“(It’s) not only for the veterans and spouses, but for their children, also for female veterans. They do a lot for the veterans,” Joyce said. “They’ll have hunting events for the veterans, if they don‘t have a hunting license, they’ll procure a license for them — fishing poles, anything they need for hunting or fishing.

“It gets veterans together in socialization,” he said of the program. “They sponsor a breakfast every third Wednesday at the Sport of Kings.”

Jason Skinner, director of Livingston County Veterans Services, said the Dwyer Program is a great way to provide suicide prevention programming to veterans. The county had previously sought, but did not receive funding for the program — some two-thirds of New York counties are not currently in receipt of the life-saving program, Skinner said.

Last month, Livingston County created its own veterans peer program with $15,000 in county funding. Skinner is calling the initiative the Veterans Outdoor Rx Program. The goal is to get veterans talking about things that they do or want to learn how to do, and may include such outdoor activities as fishing, hiking, canoeing, kayaking and equine therapy. Skinner said he hopes to have the program operating by August.

Uncertainty over Dwyer Program funding was not a factor in establishing the county program, Skinner said.

“I was certain that our local Board of Supervisors supports its veteran community,” Skinner said. “I am proud of Livingston County for funding our own program because it’s the right thing to do.”